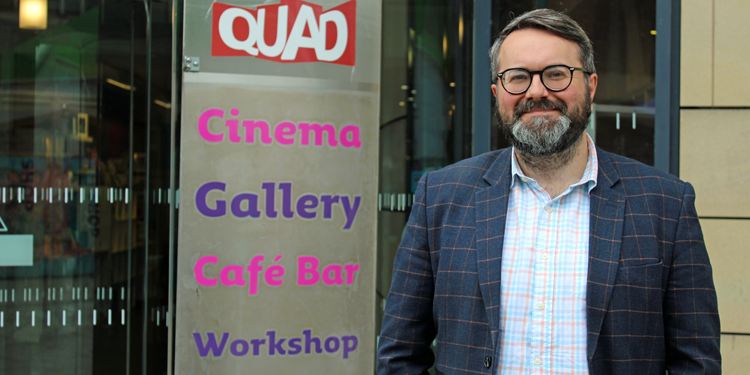 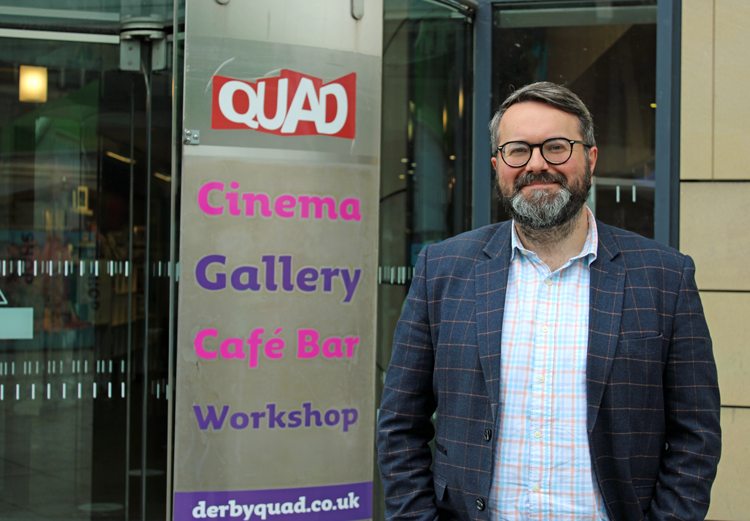 Critics have found it comical that Derby, whose leading entertainment venue has been closed for more than seven years, has submitted a bid to become UK City of Culture in 2025.

They may also titter at the fact that the executive leading the bid was once classed as Derby’s funniest man.

But Adam Buss who runs QUAD, Derby’s £11 million art gallery and cinema, isn’t laughing. He regards it as a “massively tough” competition, especially as a record number of applications, 20, have been submitted for the 2025 accolade. So, does Derby have a chance of success? “Absolutely.”

Adam, a former actor, stand-up comedian and marketing expert, explains how Derby can come out on top despite being without the Assembly Rooms since March 2014 because of a fire that caused extensive damage.

“Are we going to spend the rest of our lives bemoaning the fact that something’s not happening or are we as a city going to do something collectively about it?”

“City of Culture isn’t a beauty contest. In terms of the challenge that Derby’s got, we’ve been very open about them in our bid and said we want City of Culture to be a catalyst for change.

“In terms of the Assembly Rooms, it would have been great if it was all sorted six months after the fire happened but it wasn’t.

“Are we going to spend the rest of our lives bemoaning the fact that something’s not happening or are we as a city going to do something collectively about it?”

Adam, Derby’s City of Culture interim bid director, is loath to criticise previous UK City of Culture winners Derry-Londonderry, Hull and Coventry. He points out that Derby would do things differently. 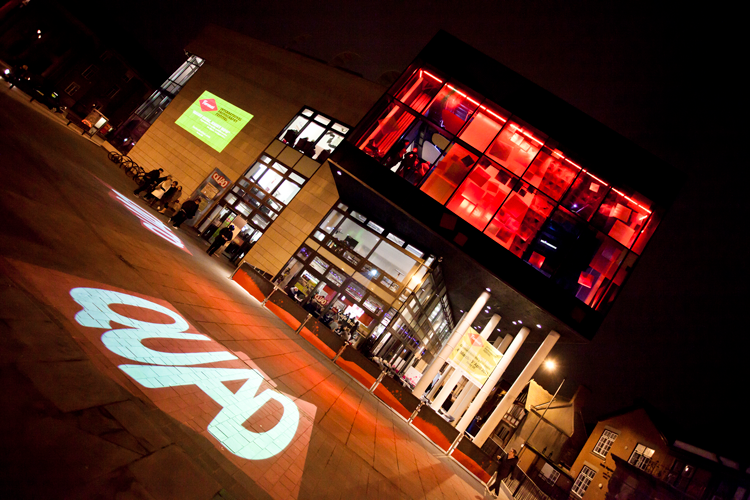 “What other Cities of Culture have done is they’ve largely brought in a group of culture professionals to deliver a year of exciting stuff. What we’re saying is we want to build from within, so we want to prioritise the talent that exists within Derby.”

This is from a man who grew up on a council estate in Hastings, East Sussex, with little access to the arts. When he was at secondary school Adam showed an aptitude for drama and his teacher impressed on him that he could have a career in the creative industries.

When it came to choosing a university that offered a drama course, Adam drew up a shortlist of four. He rejected Winchester – “not the sort of place you want to go to when you’re 18 or 19” – before turning down Birmingham because it felt “too big” and Bretton Hall, part of the University of Leeds, which was “too remote”.

“Derby was the only place that I didn’t go and visit. I chose Derby because I didn’t want to go to the other places!

“It was by far the best decision I’ve ever made in my life, coming here in the first place.”

“It wasn’t a big city but it was a city and it had a course that was a bit more flexible that gave me the opportunity to try out different things.

“It was by far the best decision I’ve ever made in my life, coming here in the first place.”

While at university Adam met a lecturer who was a former stand-up comedian. He started up a group for budding comics. He had contacts which enabled Adam to get short slots as a stand-up and he was on the comedy circuit for about three years.

The pinnacle was when Adam reached the final of the Leicester Mercury comedian of the year contest in which he came up against Jimmy Carr, John Bishop and Miles Jupp. 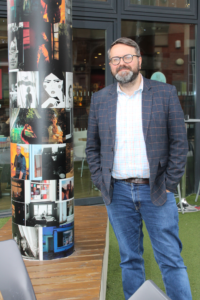 “Basically everyone else who was in the final is now a very successful, professional stand-up comedian and I’m not. So that tells you all you need to know!”

Adam didn’t win the competition, so he decided a change of career was necessary. But there’s one title he hasn’t relinquished.

“The university and the Students’ Union ran a comedy competition for about three years. I was the last person to win it, so I’m still Derby’s funniest man!”

“Our job was to turn commercial brands into live experiences for people to be able to understand the brand and ultimately sell more stuff.

“It was a great experience and I learned a lot. But one of the key things I learned was that I’m not well suited to the commercial world. I understand it but I don’t care enough about it, to be honest.”

Adam began to look at other jobs that were not in London. A vacancy for a press officer at Derby Playhouse, as it then was, brought him back to the city.

“It just felt right straightaway because it was a venue I knew from my time at the university, I knew the city and I still had friends here. Fortunately I got that job and I’ve been in Derby ever since.”

Adam had been doing odd acting jobs which enabled him to get his Equity card and an agent. But he never fully committed to being on stage.

“I was able to do work with people like 1623 theatre company and do some really interesting Shakespeare stuff. Artistic director Ben Spiller is the person who got me to understand Shakespeare and love it.”

Adam performed at the National Theatre and in a Royal Shakespeare Company festival but he still regarded it as a second job.

“The people of Derby deserve brilliant things to happen.”

His full-time work changed again when he joined Q Arts, the organisation which merged with the Metro Cinema to become QUAD, although it would be another two years before its £11 million building took shape and became its Market Place home in 2008.

There was a feeling at the time, says Adam, that there was a lack of ambition in Derby.

“Maybe that’s unfair. Maybe it was a sense of ‘things are okay as they are’. QUAD was a disruptor to that and said we can bring world-class contemporary art, we can partner with other organisations to do things like Festé (the street festival featuring some of the top performing companies in Europe), we can have the UK’s largest photography festival, FORMAT, here in Derby.

Derby has made the long list for UK City of Culture 2025. The rules have been changed this time so that areas such as Great Yarmouth and East Suffolk in East Anglia and The Borderlands which straddles the border between England and Scotland can apply. 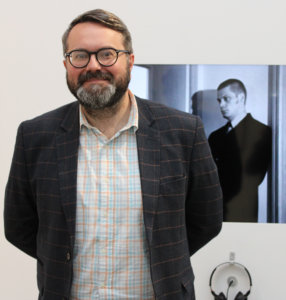 The long list will be cut down to a final shortlist early in 2022 and the Department for Digital, Culture, Media and Sport will announce the winner next May.

So why does Adam think he was chosen to lead the bid?

“Partly because I wanted to. I think I was really passionate about this once-in-a-lifetime opportunity when it presented itself. I’ve spent a lot of time, particularly in the past two years, forming quite a lot of partnerships and relationships with organisations and individuals throughout the city.

“I’m not saying I know everyone but fairly quickly I can have a conversation with people in whichever area it might be. And I’ve not limited myself to just talking to people in our world – I don’t just have meetings with arts people.

“My pitch for the job was that this is about the whole city and it’s not about a narrow view of culture.”

Adam’s wide connections were one of the reasons why the city received more than 100 letters of support for its bid in a short space of time.

Included were big organisations like Rolls-Royce, the University of Derby and Alstom (formerly Bombadier) but also community organisations and individual artists.

“We even got some letters of support from Nottingham. We know how fierce that rivalry is but they were really happy to support our bid and can see the knock-on benefits.

“So I think we have a strong bid. What I don’t know is the contents of everyone else’s bids, so I can’t possibly say ours is better, worse or more impressive than anyone else’s. But we’ve done as good a job as we could in this short space of time.

It would seem there’s no better candidate than Adam Buss to lead Derby’s bid to become UK City of Culture 2025. And that’s no laughing matter.