Andy Hamilton: an evening out with the comedy giant 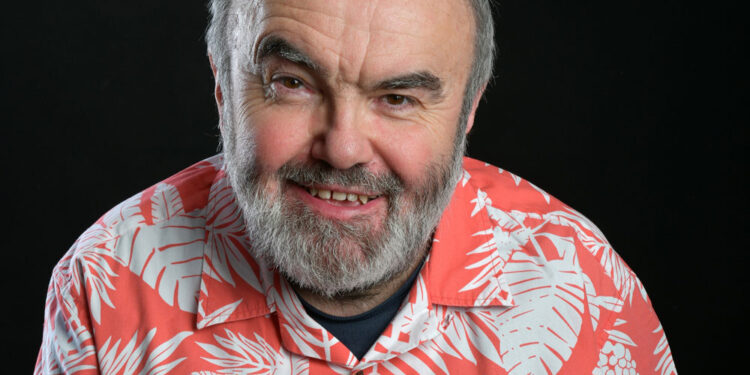 Andy Hamilton is holed up in a hotel in Ireland. A week’s holiday with his wife Libby has turned into a fortnight because both have caught Covid. But he assures everyone he’ll be fine for the start of his new tour in Nottingham.

He has managed to avoid the virus for two years and describes it as “just like a nasty bug” and “we could be in worse places.”

The man who’s known as a comedian, writer and game show panellist – he can often be seen on the BBC’s satirical programme Have I Got News For You – was unable to tour during the pandemic. So he’s delighted to be getting back on stage and entertaining audiences again.

“I did various methods of doing a show virtually where there was an audience but you could hear them only a second after you’d said something.

“So having real, live human beings sitting there, interacting with them – there’s no substitute for that.” 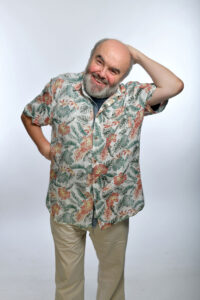 Obviously laughter will be a key ingredient of An Evening Out With Andy Hamilton.

In the first half he will talk on various subjects and have fun with the audience.

“At the interval I leave a bucket at the front of the stage and invite the audience to write down questions and put them in the bucket. So the second half is constructed entirely around the questions that the audience ask me.

“On a good night you get a really interesting mix of questions and for me that’s fun. It stops the show getting into a routine, keeps it fresh and quite often I end up talking about things that I know nothing about.”

Andy admits the experience of having to live on his wits is to a certain extent similar to a particular television show.

“Have I Got News For You is edited so it always makes you look quicker than you actually are.

“I’m 67 now and I’ve got quite a big reservoir of stories, experiences, opinions and jokes, so I’ve got quite a lot to draw on. I enjoy it and it’s lovely for me to meet the audience who watched Outnumbered or Drop The Dead Donkey or listened to Old Harry’s Game or The News Quiz on Radio 4.

“It’s really nice to have that more intimate encounter with the audience. I’m particularly looking forward to the fact that none of them need to worry about wearing masks.”

Andrew Neil Hamilton was born on 28 May 1954 in Fulham. He read English at Downing College, Cambridge where he was a member of the Cambridge University Light Entertainment Society.

His early work was on radio, mainly Radio 4. He is renowned for creating the sitcom Old Harry’s Game and played the lead role of Satan.

“The proof’s in the pudding because we’ve been working together for the best part of 40 years.”

He has also had considerable success on television, coming up with shows with his writing partner Guy Jenkin including the comedy Drop The Dead Donkey, set in the offices of a fictional TV company; five series of the sitcom Outnumbered starring Hugh Dennis and Claire Skinner; and their most recent success Kate And Koji, featuring a working-class café owner in a neglected coastal resort who develops a strong friendship with a regular customer who is an asylum-seeking doctor.

Andy says Guy is “lovely” to work with.

“The proof’s in the pudding because we’ve been working together for the best part of 40 years. We’re a good fit and it’s a very happy collaboration. It’s an open marriage in the sense that he and I both go off and do other things.”

He explains the idea for Kate And Koji was formed over several conversations and they wanted to write a sitcom about an asylum seeker, a sympathetic figure who would get a lot of love from the audience.

Brenda Blethyn, known more recently for playing Detective Chief Inspector Vera Stanhope in the crime drama series Vera, is also a comedy actress. Both Andy and Guy had worked with her in the past and thought she would be ideal for the role of Kate. 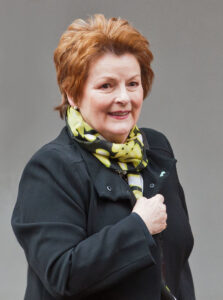 “Luckily we were able to get her. She’s a brilliant actress. There’s nothing she can’t do. I would work with Brenda any day of the week,” says Andy.

He is keeping his fingers crossed that Kate And Koji will be commissioned for a third series. He admits that the most difficult part of his job these days is getting TV companies to stump up the money so that he can make programmes.

“You’re competing with lots of people. Money is spread more thinly across different outlets. It’s a more chaotic environment than it used to be. I don’t think there’s necessarily less money – knowing where to find it is a little bit harder.

“There are a lot more platforms and a lot more channels so it’s become more complicated for both the viewer and the programme maker. It’s still fundamentally what it always was which is a mixture of very good stuff and terrible stuff. That hasn’t changed. There’s never been a golden age and there never will be.”

While Andy is recognised for his scripts, he has also written a book called Longhand.

“It’s unique in that it’s a novel published in my handwriting. We think it’s the first work of fiction to be published in manuscript since the days of the Venerable Bede. It’s about a huge Scotsman with a secret.

“It’s in the form of a very long letter that a man is reading to the woman he loves explaining why he’s had to abandon her and it just felt right for it to be in handwriting.”

He reveals that Longhand stemmed from a visit to the British Library where he saw a letter from Queen Elizabeth I to her courtiers explaining why she felt she should be allowed to decide who she married.

“As she gets more and more angry with them there’s more and more crossing out. I thought it would be interesting to write something where you could see the state of mind of the writer actually in the handwriting. It’s a great story as well.” 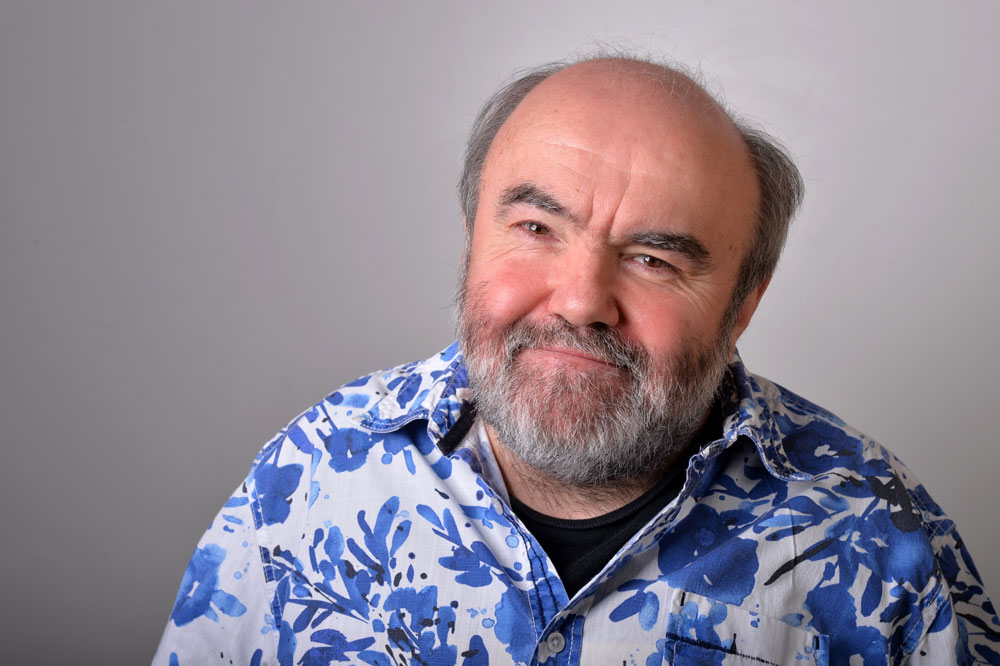 By the wonders of technology the novel is even available as an ebook!

Andy writes left-handed after having the thumb removed from his right hand when he was a child. “It was a congenital defect – it wasn’t a practical joke!

“I trained myself to be left-handed. But when I get tired the right hand helps out. I look like I’m chiselling away when I write.”

My final question is a flippant one: what is Andy most proud of – being the voice of Dr Elephant in the children’s programme Peppa Pig or Captain Squid in Ben And Holly’s Little Kingdom?

“I’m quite fond of Captain Squid because he’s a very optimistic little character. But, let’s be honest, for an elephant to get that far in dentistry is quite an achievement, isn’t it? I’ve got to be proud of that. He’s really broken the glass ceiling for elephants, so I’ll go for him.”

No doubt Andy will be speaking in his own voice and that is a mere sample of his humour. He is small at only 5ft 2ins but few people will deny that Andy Hamilton is a comedy giant.

PATRICK KIELTY: “THERE’S FUNNY IN THERE”

Arthur Smith: comedian who may make you ...