Arthur Smith: comedian who may make you die from laughter 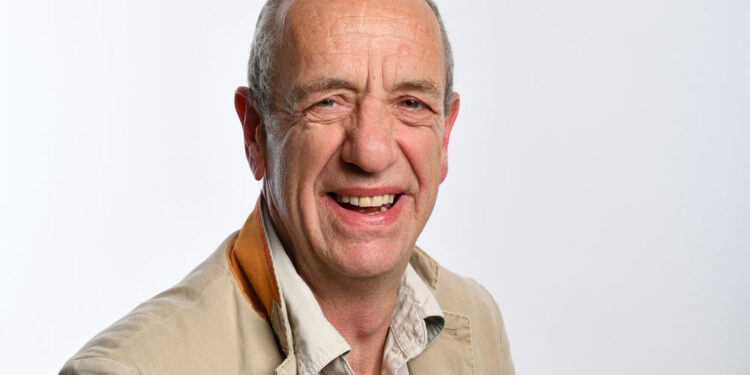 There are some people you think you’re going to like even before you speak to them. Anyone who’s written a memoir called My Name Is Daphne Fairfax sounds a fascinating character and Arthur Smith lives up to expectations.

When I rang Arthur to talk about his upcoming show in Derby, I didn’t interview him; we had a chat like two old mates and there was plenty of laughter at both ends of the telephone.

He’s known primarily as a comedian and broadcaster but he’s also a playwright, poet and singer. “I count myself as the third best Leonard Cohen tribute act in south London,” says Arthur of the Canadian singer-songwriter known for his dark lyrics and depressing tunes.

“If you look at his lyrics he’s often very witty. I think it’s partly the slowness and deepness of his voice. But he’s not one for singing happy songs.”

One of Cohen’s tunes will probably be included in Arthur’s show Laughter, Music, Thoughts and The Odd Poem.

“I could sing all right but I’m better at making people laugh.”

Like many young adults Arthur wanted to be a rock star and sang with a band called The Results.

“We actually did a few gigs, even released a single but we left them on a radiator or something and they melted. And then we all fell out, as you do.

“My introductions to the songs got longer and I was getting laughs. I could sing all right but I’m better at making people laugh.”

Brian Arthur Smith was born on 27 November 1954 in Bermondsey, south east London. His father Syd was a survivor of the Colditz prisoner-of-war camp and became a police constable.

Arthur went to a grammar school before graduating from the University of East Anglia with a degree in comparative literature. 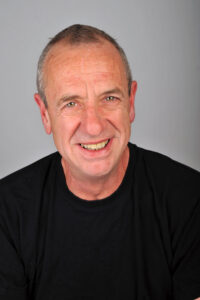 Friends and family know him as Brian but when he started as a comedian he had to join the entertainers’ union Equity to be able to work. There was already someone with the name Brian Smith, so he used his middle name instead.

He came to prominence as a stand-up performer on the alternative comedy scene in the 1980s. He’s still referred to as an “alternative” comedian today although he says the title is now meaningless.

“It was about the time that (Margaret) Thatcher came in. We were a reaction against comedians like Bernard Manning and Stan Boardman. They just did gags. A lot of it was racist, homophobic and sexist.”

Arthur’s laid-back, individual style meant he picked up plenty of broadcasting work. He continues to appear on the Radio 4 conversation, music and comedy programme Loose Ends while on television he became one of the Grumpy Old Men – middle-aged blokes talking about any issues of modern life which got on their nerves.

So does Arthur class himself as a grumpy old man these days?

“If they pay me, I’m prepared to be grumpy! There are lots of things that irritate me. It’s a question of framing them in a way that makes them sound funny.

“I’ll be doing a bit of grumpy stuff in the show. I’ve had a few good responses when I ask audiences what makes them grumpy. Everyone’s a bit grumpy as they get older.”

Arthur is still deciding what material to include in his Derby show although there will be some poetry. He may recite one or two of his own poems or he may choose Happy The Man by John Dryden, the first British Poet Laureate.

“My name is Arthur Smith, unless there’s anybody here from the Streatham tax office. In which case I’m Daphne Fairfax.”

“It’s funny how poetry fits in quite well with comedy,” says Arthur. “You find with comedy that you can deliver a punchline but if the words aren’t quite in the right order, you don’t get a laugh. But if you switch a couple of words around, you do get a laugh. There’s definitely a connection between poetry and stories and gags. I try to reflect that.”

There may well be readings from Arthur’s memoir. His opening line at hundreds of comedy performances has been: “My name is Arthur Smith, unless there’s anybody here from the Streatham tax office. In which case I’m Daphne Fairfax.”

Arthur could almost be described as a hellraiser a couple of decades ago but a health scare forced him to take a look at his lifestyle.

“I was drinking way too much and living the high life. I ended up with acute necrotising pancreatitis and then I got diabetes as a result of it.

“I seem to be okay these days and I’ve given up the drink. I have an occasional glass of red wine but I haven’t had a hangover for more than 20 years.” 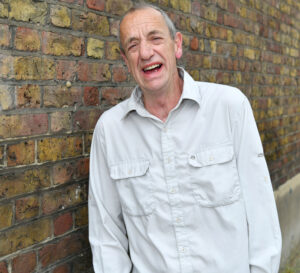 His busy schedule means that before he comes to Derby he will return to the Edinburgh Fringe with a show which is typically Arthur.

“I’m doing a show called My 75 Years at the Edinburgh Fringe because it’s the 75th anniversary of the Edinburgh Festival and the Fringe, so I’m telling people I’ve been here every year. And I revisit some of the ridiculous times I’ve had there.

“I once got arrested at the end of a gig. I did this late-night tour of the Royal Mile. I was arrested for making a lot of noise – breach of the peace and possession of a megaphone is what they said.”

You can also expect to hear Arthur on more editions of Loose Ends but you’ll have to be quick if you want to hear him introducing shows on the Comedy Club on BBC Radio 4 Extra which is shortly to close, becoming an online-only service.

Another of Arthur’s successes is his voiceover work on the BBC One daytime show Money For Nothing. In it presenters save objects destined for council refuse tips and experts turn them into desirable items which are sold for a profit. Some people regard Arthur’s contribution as the highlight of the programme.

“I used to have to go to Glasgow to record that but now I do it from home with a mattress around my computer and a proper microphone. They give me a script but I add bits and improvise a bit. I’m watching the footage as I do it so I can react to it. It’s a very well put-together programme.”

Three years ago I went to Chesterfield Pomegranate to see An Evening With Gary Lineker, a really funny play that Arthur wrote with Chris England. It’s about England against West Germany in the semi-final of the 1990 World Cup and it’s still performed regularly.

I wanted to know if Arthur is writing anything else. He’s tackling a story about a Frenchman and an English woman who meet over Zoom during the pandemic. It may become a film, a TV show or another play.

“I’m not very good at finishing things,” says Arthur. “I’ve only written about a third of it so far.”

Arthur is engaged to a writer, Beth Kilcoyne, and they’ve been together for 20 years. Will they ever get married?

“I hope so,” says Arthur. “I’m up for it. But she doesn’t like being the centre of attention with a big frock on. Apart from the official thing we are pretty much married.”

Back to his show at Derby Theatre and Arthur will have a support act, a retired murder detective, Paul Byrne.

“He first came to my attention a couple of years ago when he contacted me. He’d just retired and wanted to become a comedian. For a murder detective he’s ridiculously silly – not that I’ve met many murder detectives, I’m pleased to say. I’ve never committed a murder, I’ll tell you that now.”

Arthur Smith is not a criminal but the audience at his Derby Theatre show on Saturday 24 September may be in danger of dying from laughter.

Andy Hamilton: an evening out with the ...

Mickleover: “one of the best places to ...