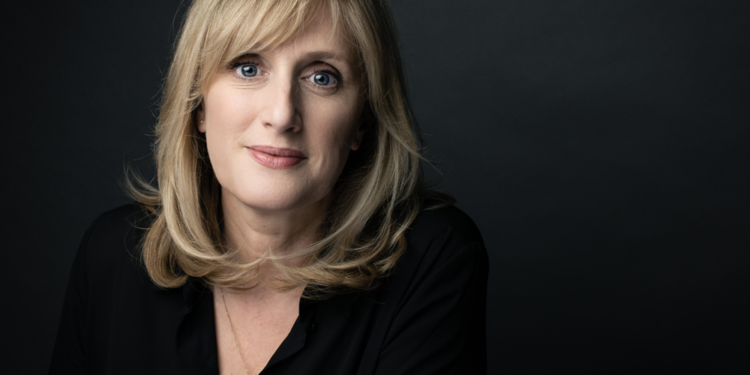 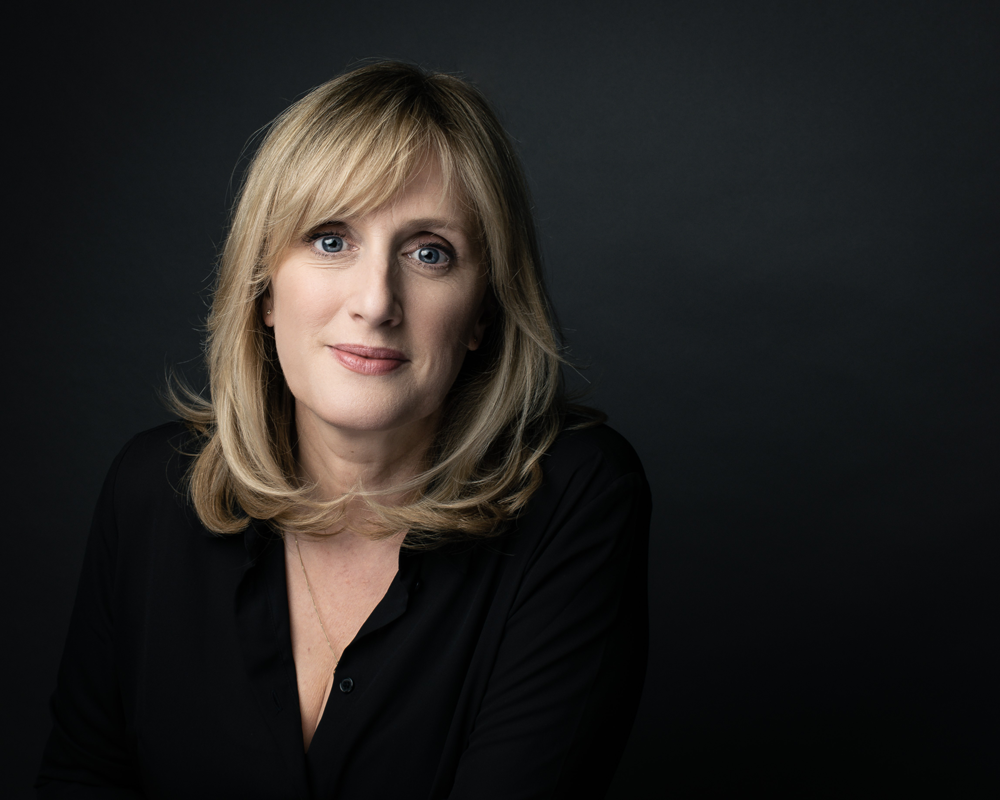 She’s a regular in the West End where she won one of the most prestigious awards in showbiz, she’s worked on Broadway and she took over as one of the main characters in the BBC soap EastEnders. Now Jenna Russell is coming to Nottingham.

The actress and singer will play French cabaret performer and chanteuse Edith Piaf in Pam Gems’ play with music Piaf at Nottingham Playhouse in July 2021.

When the playwright came up with the work in 1973, it was shelved because she was told the central role “needed a strong singer and a dramatic actress in one”.

Since then Jane Lapotaire, Elaine Page and Imelda Staunton who played Piaf at Nottingham Playhouse in 1981 have risen to the challenge of taking on the role. So can Jenna pull it off too? 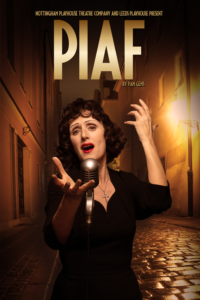 “We’ll see! I’d like to think I can. I’ve always loved being in things where I can sing but the character is more important than making a beautiful sound.

“Something like Piaf is a great opportunity to inhabit an amazing character and go through the highs and lows dramatically with her and also get to sing. It’s a play with a lot of music but it’s Piaf’s voice we hear.”

Speaking from her home just outside Canterbury, Jenna comes over as warm, upbeat and passionate about theatre. She’s relishing the thought of returning to the stage after more than a year now that coronavirus restrictions are being lifted.

She’ll be performing what she says is a dream part: “It’s not often you get those roles where the character is so front and centre. They scare the living bejeebers out of you because there’s no time off really and they’re a big ask.

“But once you’ve done all the hard work in rehearsals and once you’ve learned the beast and tamed it, they’re the best jobs to do because you have that joy of walking out on stage and knowing you’re going on this journey with the audience for the next two-and-a-half hours and guiding them through this extraordinary woman’s life.”

Nottingham Playhouse artistic director Adam Penford met Jenna when he was working at the National Theatre. In 2011 Jenna appeared in Alan Ayckbourn’s Season’s Greetings at the National and the pair became friends.

A few years later they met again over lunch and Penford said he wanted her to play Edith Piaf at the Playhouse.

“I’d loved working with him and told myself ‘he’s one to watch’. He’s doing such a brilliant job at Nottingham and he’s been amazing in the pandemic, trying to keep the arts alive in the area,” says Jenna.

“How lovely to get to go back on stage in that gorgeous theatre with your best pal by your side.”

Piaf will be the first major production when the Playhouse reopens. Another reason for Jenna to accept the role is that she will be reunited with Sally Ann Triplett. They’ve been friends since they were 20 and will be performing together for the first time since they appeared in Sondheim’s Follies in the West End 30 years ago.

Sally played Judy Garland in Amanda Whittington’s play My Judy Garland Life at Nottingham Playhouse in 2014. For the past few years Sally has been working in New York but has returned to Britain permanently.

Jenna says it’s “brilliant” that Sally will also be in Piaf: “She’s an amazing actress and extraordinary singer. How lovely to get to go back on stage in that gorgeous theatre with your best pal by your side.

“It’s going to be such a lovely way to go back to the job I love so much and she loves so much. We’re really excited about that.” 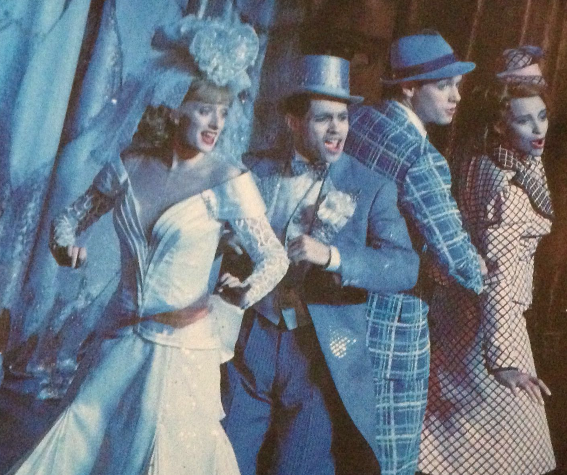 Lockdown meant that Jenna whose partner is the actor Raymond Coulthard was able to spend more time with her 12-year-old daughter. But now Jenna is itching to get back on stage.

“It’s been tough but I think it’s been tough for everyone, hasn’t it? Literally overnight I lost a year-and-a-half’s worth of work. I was in a very lucky position of having three big theatre jobs lined up which is unheard of in my line of work, so it’s a shame that only one of those, Piaf, has come back.

“Fingers crossed, we can keep slowly moving forward and get some more work and be able to do what we love doing.”

Jenna Russell was born on 5th October 1967 in London but grew up in Dundee. Her career began as an understudy in Les Misérables and later she took over the role of Fantine.

She had a stratospheric rise after that, playing the Floor Manager in a couple of episodes of Doctor Who before appearing in the West End revival of Stephen Sondheim’s Sunday In The Park With George. That earned her the 2007 Olivier Award for best actress in a musical.

The following year Sunday In The Park With George went to Broadway, with Jenna being nominated for a Tony Award for her performance.

She says that was an “extraordinary” time: “I’d been trying very hard for years to get pregnant and had no joy. I did actually manage with IVF to get pregnant when I was in New York. So that whole time is very special. 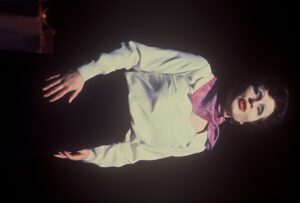 “I was also doing Sondheim who’s my all-time favourite composer and my biggest inspiration as an actor. I was lucky. Every now and then a little bit of magic happens and that was Sunday In The Park With George. It transcended all expectations.”

Many people remember Jenna for taking over from Susan Tully as Michelle Fowler in EastEnders. She stayed for 16 months before leaving to pursue other work. She slips into a Cockney accent as she remembers that show.

“It was good fun. It was hard work. The scheduling on that show is so full-on and it’s very hard to keep up with friendships when you’re working 12 hours a day, then you’ve got four hours of travel on top of that, and then you’ve got 17 pages of dialogue to learn that night for the next day.

“I did enjoy it but I missed theatre and that’s why I left. I thought I would love to do it every now and then but it’s not something that I felt I could sit in for years. I’m used to changing – that’s my job.”

One of the more unusual requests that came Jenna’s way was when composer Howard Goodall, who wrote the theme tunes for The Vicar Of Dibley, Black Adder and QI, asked her to sing the theme to Red Dwarf which was used on all 12 series of the cult comedy.

“Crazy, isn’t it? It’s the only thing on my CV that impresses a lot of people, so I’m very grateful to have it.”

There are many shows that Jenna would still like to include on her CV. She’d like to appear in all Sondheim’s musicals “and there’s a few great roles that I haven’t managed to play yet.

“I just want to keep working. I love my job – I always have. It brings me a lot of joy and it’s something that keeps me alive, keeps me happy and pays my bills.”

Jenna will shortly be back on the small screen appearing in the 22nd series of Midsomer Murders in an episode called For Death, Prepare. ITV has yet to release a transmission date.

“Shows that involve music can lift the soul like nothing else.”

She’s also finished filming a drama for one of the major TV channels – but at this stage she can’t say any more about it.

However, musical theatre remains her favourite genre. About ten years ago she made the decision to do only jobs that made her happy – which meant musicals rather than plays.

“When they’re done well, shows that involve music can lift the soul like nothing else. It’s really joyful and wonderful to be part of that and I love it.”

Jenna Russell has joined the growing list of stars who are prepared to leave London and work at Nottingham Playhouse. She feels it’s important to work in the provinces because “it’s often the starting place for amazing theatre”.

Hopefully Jenna won’t rue her decision to come to Nottingham as she sings the most famous song in the show, Je ne regrette rien.