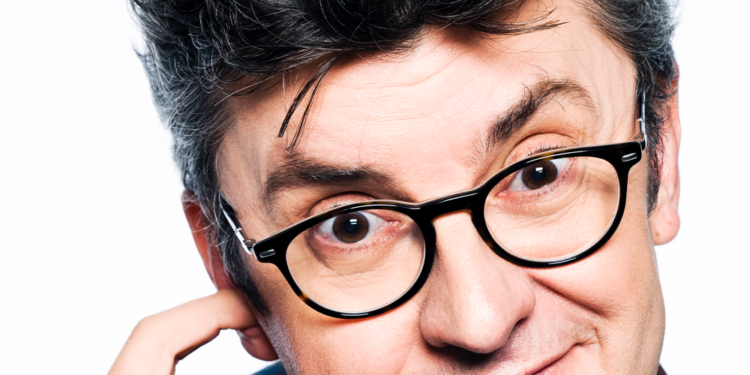 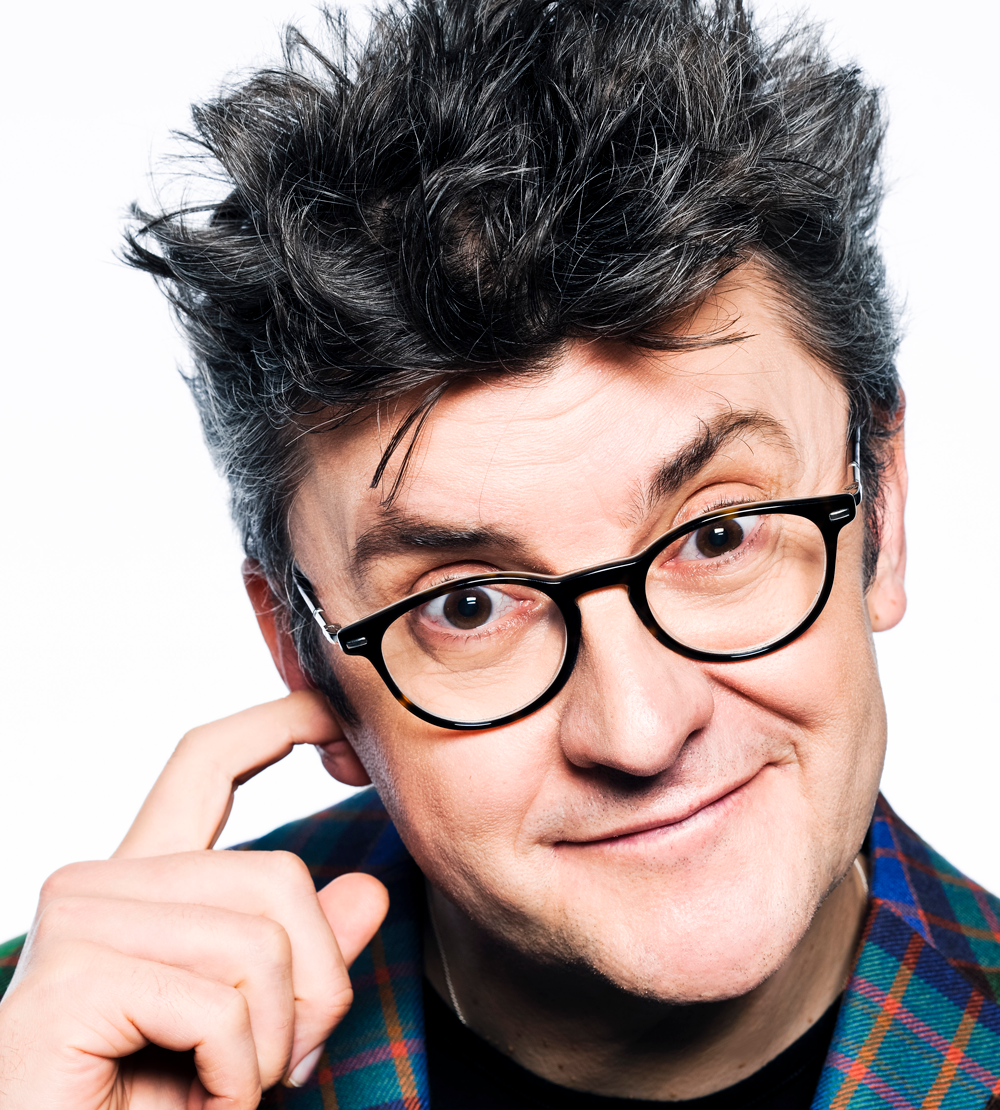 To some people he’s merely the funny bloke with the squeaky voice. But comedian, actor and television presenter Joe Pasquale is much more than that: the man who’s been described as the busiest in showbiz is an author, has a degree in geology, paints in oils and is a qualified pilot – getting his licence to prove he’d conquered his fear of flying.

Now he’s preparing to tour the country in a John Godber play, April In Paris, which will stop off at Chesterfield and Nottingham. The play will initially be performed without an interval to socially distanced audiences and will be altered if the government’s ban on theatres and other places of entertainment is lifted.

Joe hasn’t worked for 14 months and feels it will be emotional going back on stage.

“The last time theatre was banned was 1642 during the English Civil War. Four hundred years later they’ve done the same thing to us.”

He’s excited about appearing in “a lovely comedy like this”. 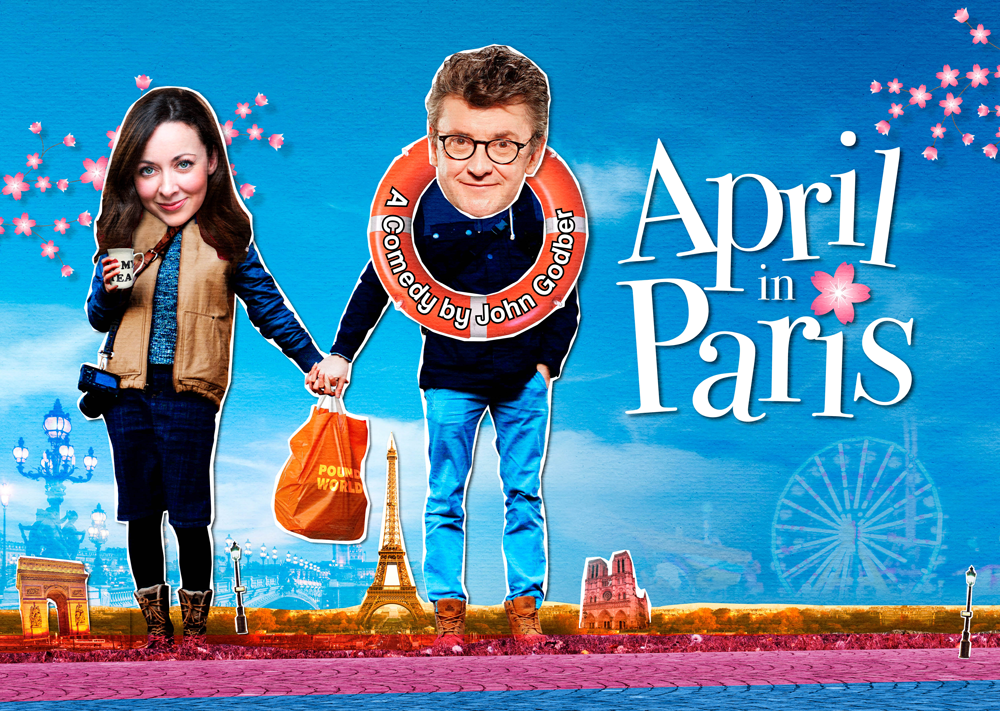 “We had to look at what we can put on that’s financially viable for the theatre and for the audience as well. Because it’s socially distanced we couldn’t have 15 people onstage, so it’s just myself and Sarah Earnshaw.

“John Godber’s a genius at writing the most normal piece of dialogue and making it sound much more than what you’re just saying.”

Godber rewrote some of the script for those two actors and he’s done the same for Joe and Sarah. Originally it was written for two northerners.

“Sarah is from Leeds so her accent fits in with it. We did try at the beginning for me to do it in a northern accent but it’s not convincing. So John rewrote it. Sarah’s accent is so sing-songy because she comes from Leeds and mine is a different rhythm completely, so it just seems to work.”

“When it’s just two of you on stage it’s very exposing.”

Joe has great admiration for Sarah: “We’re not married but we’ve known each other for a very long time – she knows who I am on and off stage.

“She’s a great actress. She’s got all the techniques – I’m just like a rat in an experiment. I sometimes tend to go off piste a little bit and she pulls me back in. And she’s a great teacher.

“If you have a play with eight, nine or 10 people you do your piece, come off, go back on and pass the baton along. And everybody adds a bit to it. But when it’s just two of you on stage it’s very exposing.

“I don’t think it would work if I was doing this with someone who didn’t know me personally. We’ve spent a lot of time learning who these characters are, so I just can’t wait to get out there.”

Joe is looking forward to taking April In Paris to Chesterfield Pomegranate and the Theatre Royal which he’s played several times, including three appearances in panto. 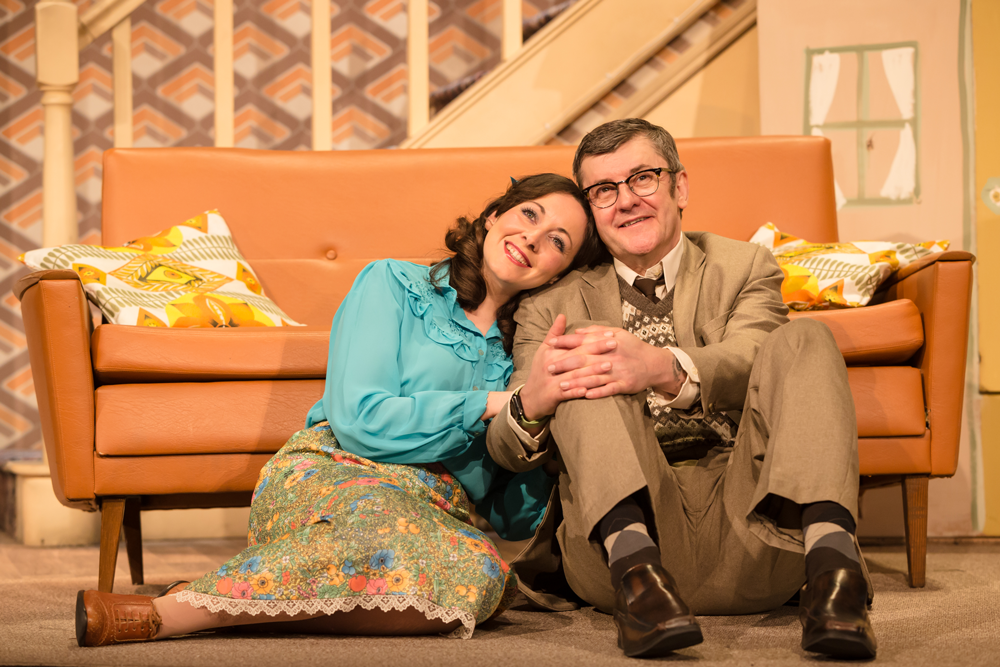 Sarah Earnshaw as Betty and Joe Pasquale as Frank Spencer in Some Mothers Do ‘Av ‘Em (images: Scott Rylander)

Joe and Sarah were touring Some Mothers Do ‘Av ‘Em last year and had just played the Theatre Royal when lockdown brought the curtain down on the show. But dates are already in for next year.

“It’s the best job I’ve ever done,” says Joe. “It was one of those things that was quite daunting: how many people actually want to take on the role of Frank Spencer?

“We decided very early on not to do it as an impression of Michael Crawford. I love working hard – I love a challenge. We’ve put all the stunts in. By the end of the show I’m totally exhausted.”

Joseph Ellis Pasquale was born on 20 August 1961 in Grays, Essex. His big break came when he was runner-up on the television talent show New Faces in 1987.

As well as being a successful stand-up comedian and stage actor, he was crowned King of the Jungle on I’m A Celebrity . . .Get Me Out Of Here! in 2004, appeared on Dancing On Ice in 2013, voiced characters for two animated Hollywood films, Garfield: A Tale Of Two Kittens and Horton Hears A Who!, and at Halloween last year his second book of short horror stories, Deadknobs and Doomsticks 2 – Tales From The Lockdown, was published. 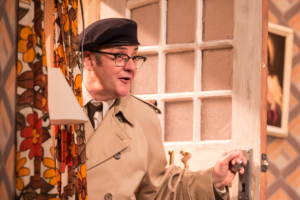 “Oooh, Betty.” Joe as Frank Spencer in Some Mothers Do ‘Av ‘Em

“I love horror. One thing about going on stage: it scares me and I like being scared. I like going on the worst rollercoaster in the world and I love a good horror film.”

I was due to interview Joe for Country Images five years ago to preview his appearance as King Arthur in the Monty Python musical spin-off Spamalot at the Theatre Royal. But he was admitted to hospital, so our chat was postponed.

“It was the worst week of my life,” says Joe. “I had sepsis and I nearly said goodbye to it all then. I don’t know what happened. No one really knows the reason for it. Thankfully they pulled me back. I’m okay now.”

Joe refutes my suggestion that he gets so much work because he’s versatile: “I think it’s mainly because I don’t say no to anything. I do understand my mortality – I know I’m not going to be here forever.

“I’m not one of those people who just sits there with my feet up watching Loose Women – I want to do something with my life. I like every day to be productive. I like taking on challenges, things I don’t think I can do. If I can’t do it, I’ll learn how to do it.

“I’m challenging myself on a daily basis even now. Even though I’m 60 years old this year, I still like to learn.”

Joe who has been married twice doesn’t talk about his private life, although he has five children – one is comedian and actor Joe Tracini who used to be on the Channel 4 soap Hollyoaks – and 11 grandchildren.

“I have loads of ambitions but I always wait and see what presents itself and I say yes to it!”

He admits he misses his grandchildren “but that’s what life is – you can’t do everything all the time. We always make time for each other when we’re about.”

Joe looks as though he’s going to retain the unofficial title of busiest man in showbiz for a while yet. If everything goes to plan, after April In Paris he will be going into panto at Plymouth – the producers haven’t decided which show they’re doing yet – and after a couple of weeks off he’ll be back on the road with Some Mothers.

Is there anything that’s still on Joe’s list of things to do? “I have loads of ambitions but I always wait and see what presents itself and I say yes to it!”

During lockdown the likeable Joe said yes to volunteering to deliver personal protective equipment to care homes across London.

Joe Pasquale seems to have an endless range of talents. The funny bloke with the squeaky voice appears determined to keep on making people laugh – and surprising people with what he does – for many years to come.