Kate Humble: the joys of mucking out 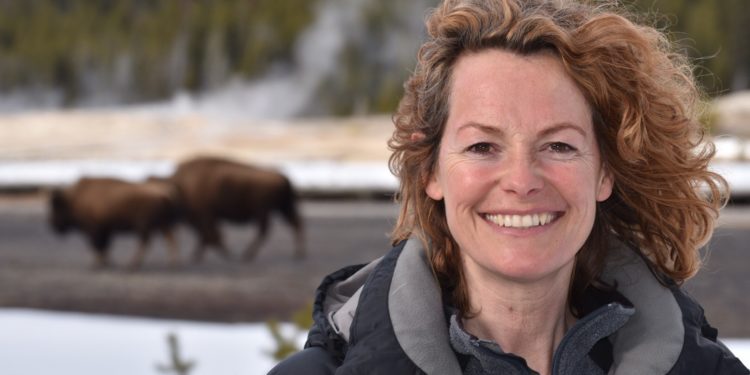 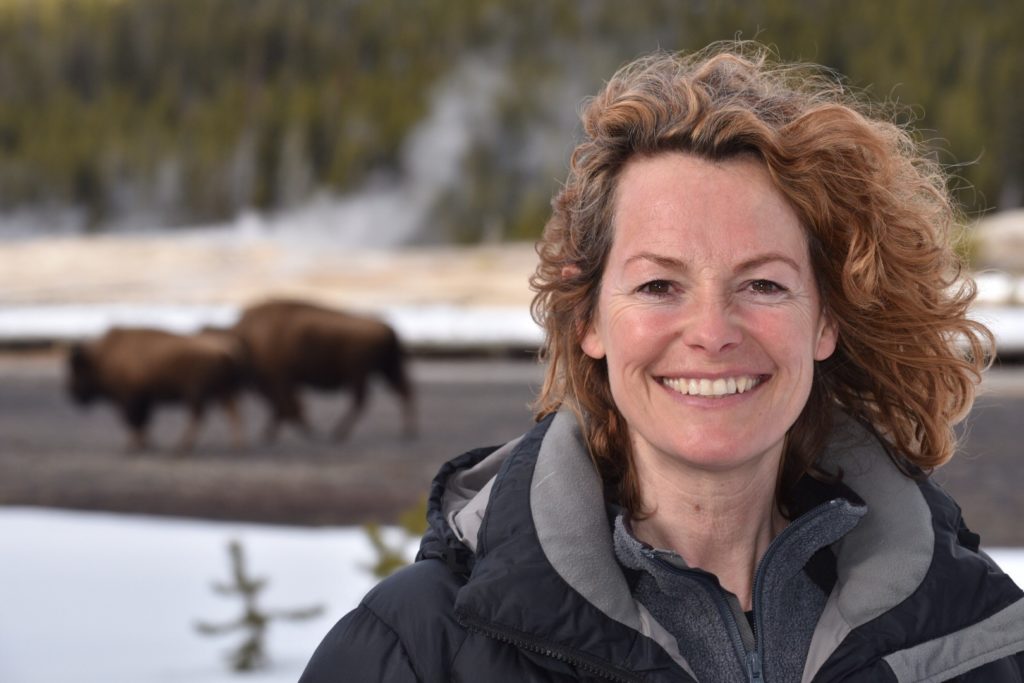 “There’s nothing like getting outside and having a bit of dirt under your nails to make you feel alive.”

The feeling of writer and TV presenter Kate Humble who’s known mainly for specialising in wildlife and science programmes for the BBC. She’s also appearing in theatres around the country and will bring her show An Evening With Kate Humble to Derbyshire as part of the Buxton International Festival.

She broke off from preparing for that show to tell me how she thrives on live television, how appearing in front of an “Evening With” audience can be “scary“ and why she has a lifelong passion for mucking out.

Her appearance at Buxton Opera House will be one of a series of dates that she’s fitting in around her television work. Kate takes to the stage only a couple of times a week to present an evening of stories and adventures that she’s experienced over a 20-year career in broadcasting.

The show is in two halves and during the interval Kate gets the audience to write down questions which she then goes on to discuss. 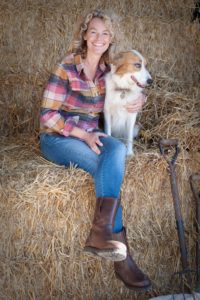 “I show video clips of some of the programmes that I’ve done and I talk about some of the madcap things that I’ve ended up doing in the name of a career,” says Kate.

“The second half for me is entirely unpredictable. There are still clips and stories but there’s also this lovely, unplanned element which is dependent on the audience, which I really enjoy.”

Kate admits being on stage is very different from appearing on TV: “It’s a lovely opportunity for me to be face to face with an audience. It’s quite scary. I’m nervous before every single show. But it’s lovely to be able to have a more direct connection with the audience.”

Our chat actually started more than an hour-and-a-half later than scheduled. That was because Kate had to meet a deadline for an article she was writing for the Daily Telegraph.

She’s always been a freelance writer and had her first article published by the Telegraph in 1996. She admits her latest assignment was a tough one.

“My father died earlier this year and they asked me to write about that for their Father’s Day edition. It was a really important tribute to my dad and I hope it resonated with people dealing with the incredibly complex emotions that go alongside grief.”

Katherine Humble was born on 12 December 1968 in Wimbledon. She grew up in rural Berkshire in a house next to a farm. She had what she describes as a “proper childhood” – building camps, racing snails and climbing trees interspersed with trips to hospital to get patched up when she broke bones. She reckons she’s still a tomboy.

When she was 18 she left home and did odd jobs so that she could fund a year travelling in Africa. She wrote for the Telegraph about her adventures. Then she got her first job at the BBC, working as a runner on Animal Hospital and then The Holiday Programme.

On her second day in the Holiday office the programme’s editor realised that Kate would make a good presenter despite her reservations.

“It was never my plan or intention and when people say ‘how can I have your job?’, the truthful answer is the best thing to do is not to want my job and it might just come along by accident. 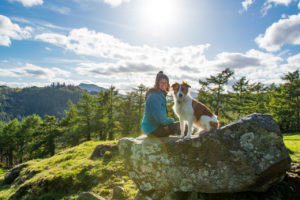 “In my case it came along because it’s that awful trite line of I was in the right place at the right time and I could offer the thing that they wanted, which was somebody who was a genuine traveller who enjoyed doing things at a local level. The first bit of filming I did was doing a local journey around France telling people about it. And it went from there.”

Since then she’s become well-known for appearing on programmes such as Springwatch, Wild In Africa and Volcano Live. She feels that she’s been “very lucky” to have done lots of different things.

“I’ve done documentary series that I’m enormously proud of, things like Living With Nomads (a BBC2 series in 2015, filmed in some of the world’s most remote wildernesses) and Extreme Wives (a 2017 series exploring the roles of women in three communities in Kenya, Israel and India).

“I’ve also loved doing things like Animal Park (a BBC documentary series about the lives of keepers and animals at Longleat Safari Park, Wiltshire) which I’m still doing after 20 years. I’m also very lucky that new projects come along. I’m always challenged and excited by those.

“I’m very careful about what I choose to do and I only take on projects that I genuinely care about because I think the audience are very smart – they can spot somebody who’s just taking a job because they want to be on telly rather than really believing in the programme.”

Live television is known to be hugely problematic but it holds no fears for Kate.

“People always say what happens when something goes wrong? Well, in my view nothing goes wrong – you’re just showing exactly what’s happening. Some things may not go according to plan and you may not be able to predict everything, particularly when you’re dealing with wildlife which jolly well does what it wants.

“There’s nothing better than walking into a mucky stable or a mucky barn with a pitchfork and a wheelbarrow and cleaning it out.”

“But that’s the exciting thing about doing something like televising wildlife live. And that’s why I love it so much. It’s unpredictable, it’s exciting, there’s a very good reason for it to be live. You want people to be there, to feel absolutely connected with the action. So as far as I’m concerned it’s a lovely, exciting way of broadcasting. I don’t see it as something that’s problematic at all.”

When Kate was 23 she married television producer Ludo Graham. Nine years ago they moved from Chiswick, west London to a smallholding in the village of Trellech, Monmouthshire. They live with a variety of feathered and furry livestock and three dogs.

In 2011 they set up Humble by Nature, a 117-acre working farm which is also a thriving rural skills centre. It’s home to a couple of tenant farmers, their sheep and cows. A range of courses is on offer including building a dry stone wall and making sausages. You can even stay on Kate’s farm. 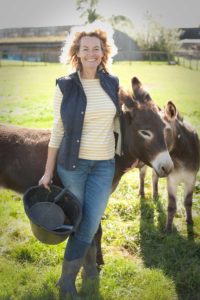 So, onto the thorny issue of mucking out: why is Kate so passionate about it?

“Because there’s something incredibly satisfying about rather menial, manual tasks that give you an instant sense of achievement. There’s nothing better than walking into a mucky stable or a mucky barn with a pitchfork and a wheelbarrow and cleaning it out.

“It’s hard work and you sweat and you get filthy but with every forkful you’re making a tiny difference. It’s a little sense of achievement.

“I know it sounds completely daft but it’s like cleaning out a cupboard or doing the housework. You do it and you instantly see the results of your labours whereas so often you can spend hours in front of a computer and feel like you’ve achieved very little. So that’s why I love manual labour.

“I love weeding my garden for the same reason. It’s back-breaking and not terribly exciting but the sense of achievement and the sense of having done something really useful at the end of it is great.”

At that point Kate has to dash off. There’s just time to speak about her future plans. She is filming another series of Animal Park which will be broadcast next month and she is also making a new series for Channel 5. This follows the fortunes of people who want to make a fundamental change to the way they live.

“I hope it’s going to be an inspiring, uplifting series of stories about people who’ve followed their dreams,” says Kate.

She seems to be the ideal person to present it as she’s been following her dreams for the past 20 years – even if it means mucking out and getting dirt under her nails.