Les Dennis: from Coronation Street to the RSC 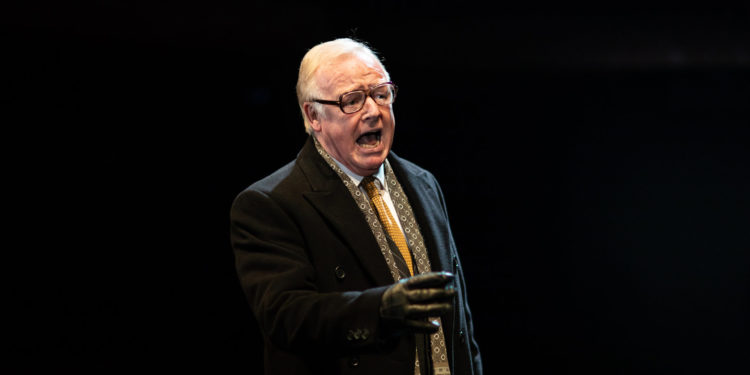 “Jack of all trades, master of some.” That’s how serious actor, soap star, comedian and gameshow host Les Dennis sees himself after almost 50 years in showbusiness.

After an amazing year in which he made his Royal Shakespeare Company debut, the all-round entertainer is preparing for a season in panto and he can hardly wait to return to Nottingham, a city that has so many fond memories for him.

When we spoke on the phone Les held nothing back as he told me what made him go into the business in the first place, how he credits Ricky Gervais with reviving his career and how he’s determined to return to Stratford to do more serious theatre.

Les is relishing coming back to Nottingham where he will appear in the Theatre Royal’s festive feast Cinderella. 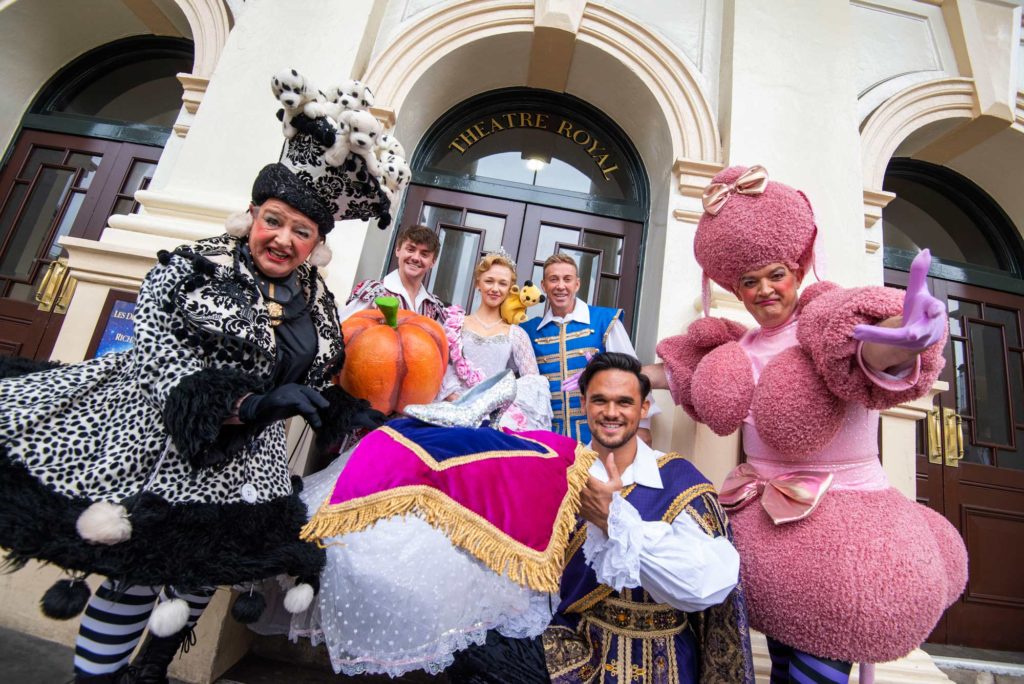 Les Dennis (left) and the cast of Cinderella at the Theatre Royal, Nottingham (image: Whitefoot Photography)

“I know Nottingham really well. I did panto at the Theatre Royal in 1987, Babes in the Wood. I was also there not long ago when we did The Addams Family musical and then of course I did Family Fortunes from Lenton Lane (Central TV’s studios) for many years. I used to spend at least three weeks a year in Nottingham.

“I love the city. I love the atmosphere there. It’s a beautiful theatre to work, intimate and lovely.”

In Cinderella Les will be reunited with his Coronation Street nemesis Connor McIntyre. In the soap Les played former convict Michael Rodwell while Connor was Pat Phelan, regarded by some people as “the ultimate soap baddie”. They will team up again in Cinderella as the Ugly Sisters, with their characters renamed Phelina and Michaela.

“It works great,” says Les. “The Uglies aren’t dames – it’s men in dresses but they’re the villains. Of course when you get two villains there’s always one badder than the other one and that certainly has to be Phelina.”

“(Connor) let me die, which is in some ways sadistic and weird. But it was great to work with him.”

The pair were in Cinderella in Manchester last year. Now the same show is coming to Nottingham. The only difference is that Sooty and Richard Cadell who plays Buttons have been added to the bill.

Les can hardly wait to work with Connor again: “When we were in Corrie we shared a dressing room and when I knew that the end of Michael was going to be at Phelan’s hands, I was delighted. I thought I would rather that than go off in a taxi to the airport.

“Michael was his first victim. In a way it was crueller than the others because he didn’t kill me – he let me die, which is in some ways sadistic and weird. But it was great to work with him.”

Last year’s Cinderella was Connor’s first panto: “He said ‘I’m completely in your hands’,” says Les. “He let me explain exactly how a gag will work. Once he started he took to it like a duck to water. I should imagine this year he’ll be teaching me a few things.” 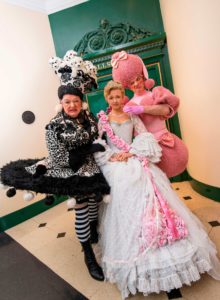 Les agrees with my assertion that panto is really hard work: “It’s two shows a day every day. I’ll have a holiday in January.

“You have a responsibility in panto because the kids are seeing theatre for the first time. You’ve got to get it right and you’ve got to make them want to come back again.”

Leslie Dennis Heseltine was born on 12 October 1953 in Garston, Liverpool. When he was 17 he went on a school trip to Stratford to see Shakespeare’s Twelfth Night and thought “Oh, I really want to do this.”

But he’d already started playing working men’s clubs as a comedian and an actor’s life seemed out of reach when he won the ITV talent show New Faces.

He joined Russ Abbot on his television show before forming a comedy partnership with fellow impressionist Dustin Gee which ended with Gee’s unexpected death in 1986 at the age of 43.

Les then hosted Family Fortunes for 15 years. He’d been divorced from his first wife and during the quiz show’s run he married actress Amanda Holden.

She had an affair with actor Neil Morrissey and they divorced. While they were separated Les appeared on Celebrity Big Brother. Although he finished runner-up he had what the press perceived as a breakdown live on television.

Afterwards the phone didn’t ring for a while. Then Ricky Gervais offered him a part in his series Extras as a washed-up, middle-aged television star who is cuckolded by a younger man.

“People kept saying it was a brave move but it gave me a chance to show that I’ve got a sense of humour about myself. I took it with both hands and it’s opened me to a whole new demographic.

“There was a poll recently about which was the best episode of Extras and I’m in the final. Which is amazing when you consider you’re knocking out Kate Winslett, Samuel L Jackson and people like that.” 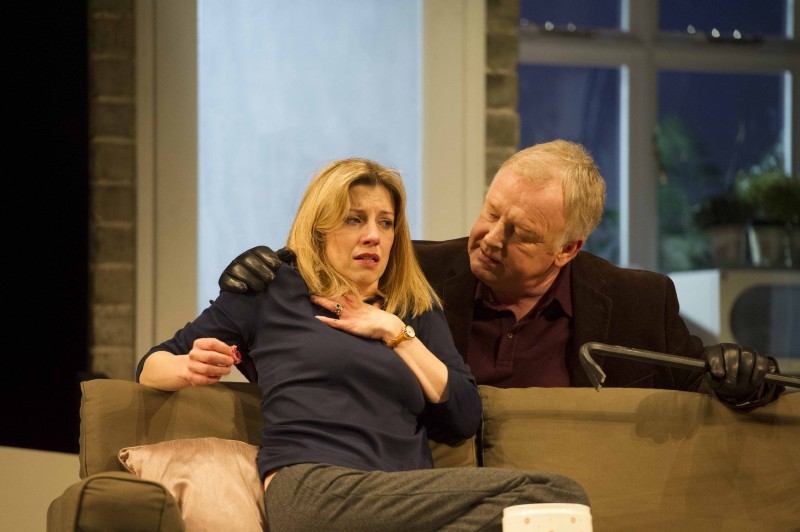 He worked with Gervais again on the series Life’s Too Short with Warwick Davis, Keith Chegwin and Shaun Williamson. Then, in 2014, it was announced that Les was joining Coronation Street where he stayed for two-and-a-half years.

“It was brilliant and I loved it. But it got to the stage where I wasn’t allowed to do other things that I wanted to do because you’ve got to commit to Corrie. In the end I thought it was time to move on.

“When I did leave I went straight into The Addams Family and then into other theatre jobs that I really enjoyed.

“I think if you’ve got a name before you go into a soap, you’re not defined by that soap when you come out.”

In 2014 Les showed his acting prowess at Derby Theatre when he played Victor Smiley in Peter James’ play The Perfect Murder. 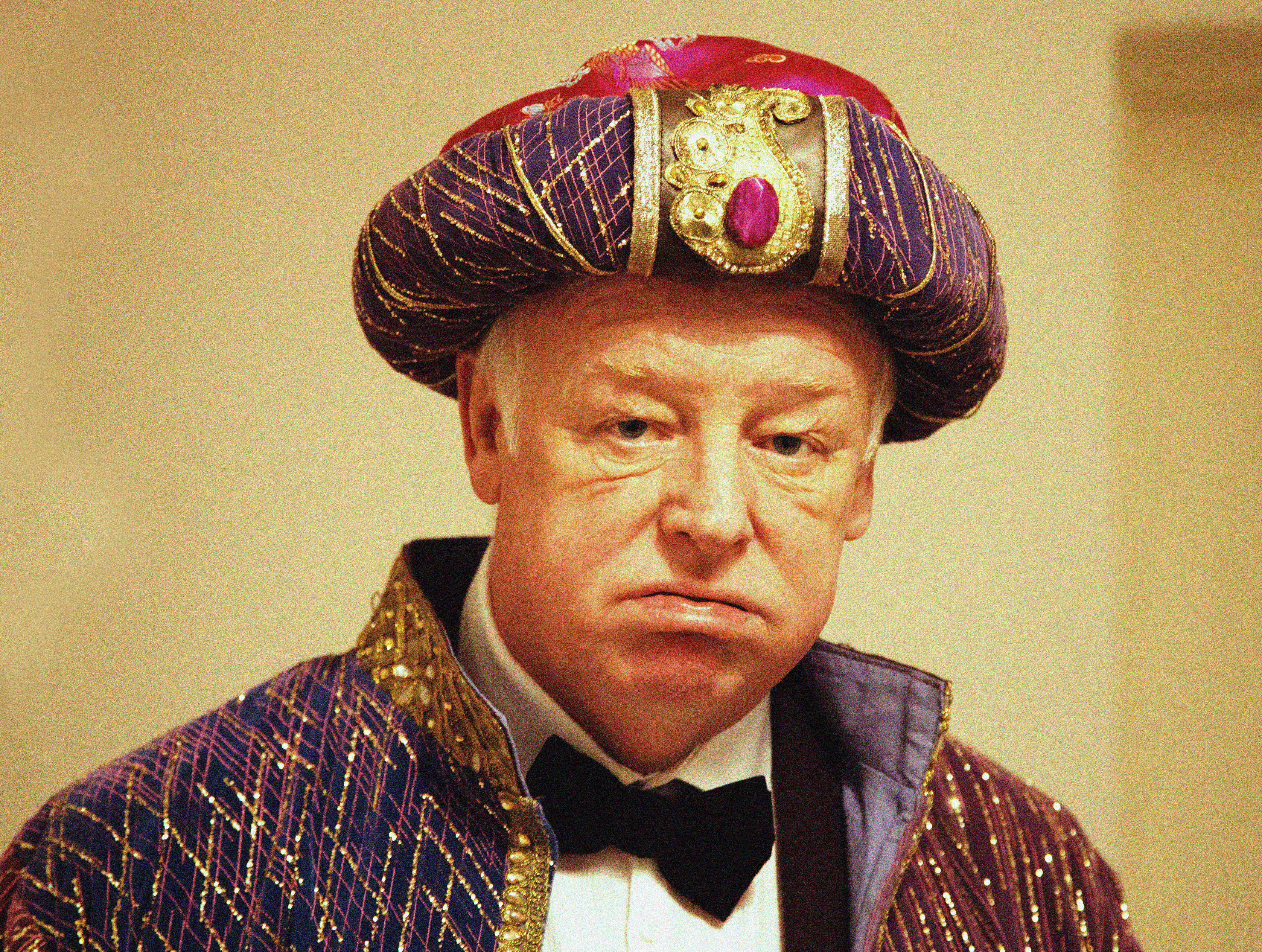 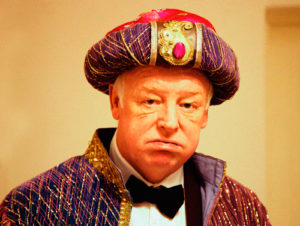 Then earlier this year Les was cast by the Royal Shakespeare Company in two Restoration plays in its smaller Swan Theatre. He played a corrupt senator in the tragedy Venice Preserved by Thomas Otway, acting alongside his niece Jodie McNee. He was also in John Vanbrugh’s comedy The Provoked Wife.

“It was a real bucket list job,” says Les. “I had a ball there and worked with some amazing directors and actors. It’s like a kitemark – suddenly you’ve got ‘RSC actor’ behind you. It kind of makes you more legitimate.”

He’s also thrilled to have played the lead in a new film, Sideshow, which the producers are hoping will be released in cinemas next year.

“I play an ageing clairvoyant. We shot it in three weeks in Bristol on a very low budget but it looks amazing.”

Les is now looking forward to Cinderella which will be watched by all his family. He has grown-up son from his first marriage as well as 11-year-old Eleanor and Tom who is eight. He married their mother Claire Nicholson in 2009. “They’re a total joy,” he says.

In the future he wants to return to Stratford: “I did consider going back next season but I just want to do some other things first. I haven’t done Shakespeare yet but it’s something I want to do.”

“I’m so excited to work with Sooty. And Sweep.”

He’s also in talks on a “really exciting” project. “I can’t reveal what that is at the moment but it’s something that’s close to Nottingham’s heart and maybe we’ll bring it here.”

By this time I’d worked out that Les probably wouldn‘t be offended by anything I asked him. So my final question was a bit facetious: did he regard playing alongside Sooty in Cinderella as the pinnacle of his career?

He took it in the spirit it was intended: “I’m so excited to work with Sooty. And Sweep. It is a pinnacle. It’s on my bucket list.”

Cinderella is at the Theatre Royal, Nottingham from 30 November until 5 January 2020.