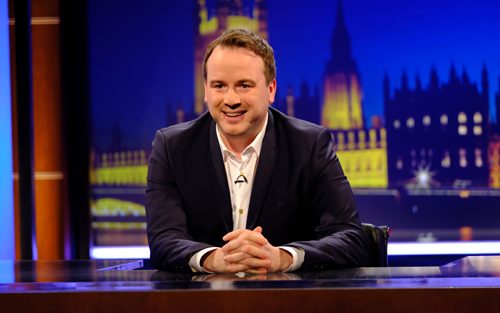 It’s not every day you get to talk to Donald Trump, Boris Johnson and Sir Keir Starmer. Few political correspondents with major news organisations can say they’ve done that – and to be truthful it’s not something I can claim. But I’ve spoken to the next best thing.

Matt Forde, the Nottingham comedian who’s been fascinated by politics since he was a boy, is the voice of those three in the latest series of Spitting Image, the satirical television puppet show.

“It’s brilliant to be so deeply involved in a show that’s iconic,” says Matt. “It’s like being asked to join the Beatles, it’s so big.”

In a wide-ranging interview Matt spoke about growing up in Nottingham, working with a couple of Nottinghamshire MPs, how he’s fallen out with the Labour Party – and being drunk when he was chatting to the Prime Minister at 10 Downing Street.

So how did he get involved with Spitting Image? He’d been presenting Unspun, a political comedy show on the TV channel Dave and regularly impersonated the US president.

“I’d get dressed up as him and do sketches. On my last two or three tours Trump has been a big part of the shows that I do live. So I guess I got known as the guy who did Trump.” 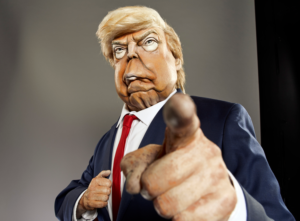 About 12 months ago the Spitting Image producers asked him to voice The Donald for a taster tape they were making in the hope of getting the show recommissioned. They succeeded, with streaming service Britbox reviving the series which ran for 132 episodes during the 1980s and 1990s.

Matt was then asked to take off Boris and the Labour leader Sir Keir Starmer as well as writing for the programme. He watches so many politics programmes that he can soon pick up characters’ mannerisms. As he points out, the impressions are always evolving.

“I was one of the writers on the comedy show The Last Leg and they were having Boris Johnson on as a guest. I sat in during the rehearsal and I just had a go at a Boris Johnson impression. It came out a lot better than I would ever have thought.

“With every interview, every TV appearance you note an extra little thing or a different pronunciation. You start off with an undercoat and then over the days and months and years you’re adding all the fine touches, so it’s always a work in progress.”

Matt points out that Sir Keir is totally different from the Prime Minister to impersonate.

“As an impressionist you can really go to town with Boris, lots of silly noises and things whereas Kier Starmer is highly controlled, very disciplined. He sounds like he’s got a bit of a blocked nose.” 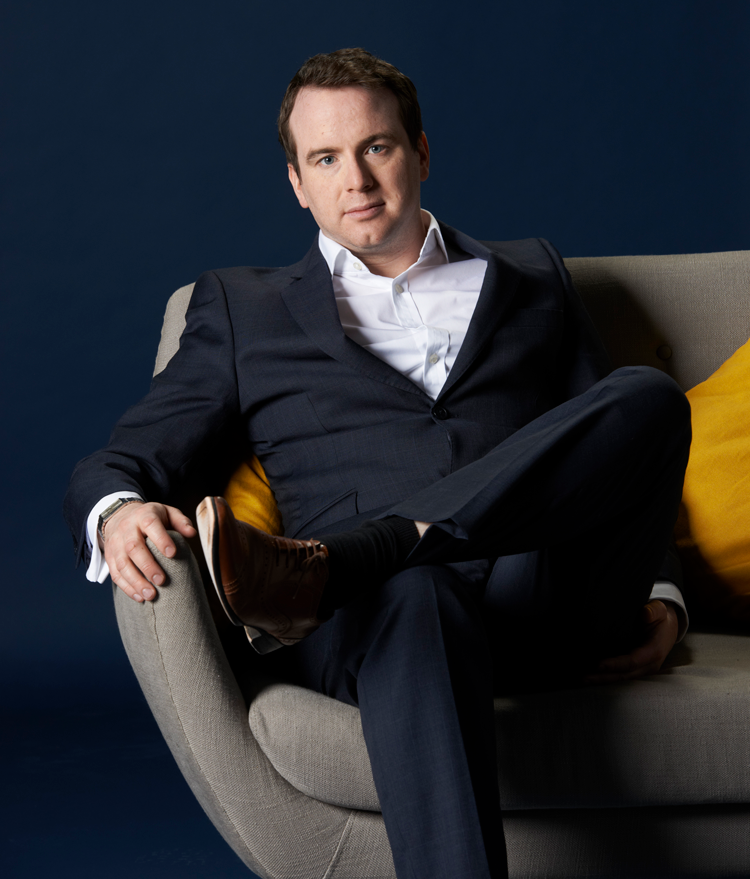 Matt Forde was born in Nottingham on 6 November 1982. His mum used to be a nun.

“For the record, I wasn’t the reason she left the convent. I’m assured there was enough time between her leaving and starting a new life. She became a nurse and that’s where she met my dad.

“She was a nun for a long time before she had me and when we (Matt and his sister Ruth) were kids we’d go back to the convent in Kettering to see her old colleagues. It was really cool.”

Matt’s parents split up when he was quite young: “She raised us on her own. Really impressive woman. My dad is a good friend of mine. We’re close but it was my mum who raised us.”

How did he get into politics? “I must have been seven the day Margaret Thatcher resigned. I remember a bloke walking past us in the street and screaming ‘she’s out, she’s out!’ – it was such a big deal.

“I found my home for a while in the Labour Party which was a bit more moderate back then.”

“Obviously growing up in inner-city Nottingham in the Thatcher years, Thatcher was talked about a lot, her name was on everyone’s lips. I didn’t realise then the full significance of it but from a very young age I felt that the world was unfair, that it was unequal, that people from my sort of background perhaps didn’t get a fair start in life and that’s how I got into the Labour Party.

“I’d had a brief spell in the Socialist Workers’ Party and realised I wasn’t that left wing. Then I found my home for a while in the Labour Party which was a bit more moderate back then.”

After leaving Becket School in West Bridgford, Matt went to work for two Nottinghamshire MPs, Paddy Tipping who held the Sherwood seat from 1992 until 2010 and Nick Palmer, for 13 years the Broxtowe MP.

“Both really dedicated men, cared about their constituency, cared about people, in it for the right reasons,” says Matt.

“I spent a lot more time with Paddy. He was so much fun. He’s the police and crime commissioner now. I’m really proud of him because he’s a uniquely gifted politician – he’s got a big heart and a great brain to match it. 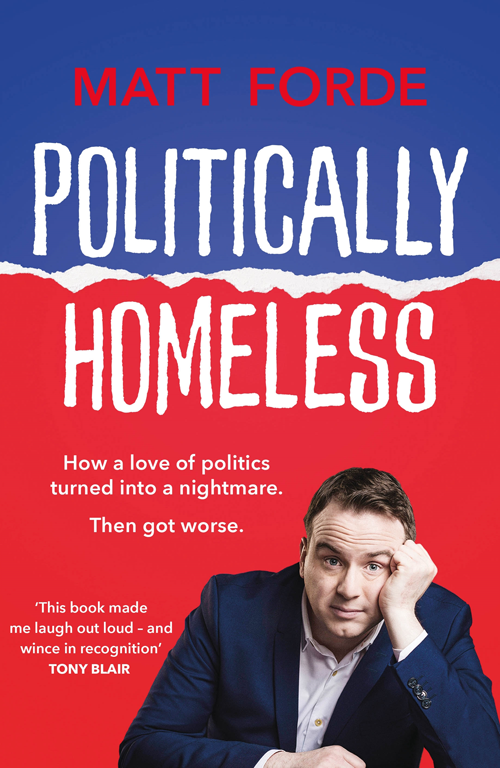 “We had some great times. I was working for him when I was 18 and I’d be with him on a Saturday. He’d pick me up, we’d do a few hours leafleting and then he’d take me to the pub and get me drunk! I thought this is great, this is combining all my passions: socialising, fighting the cause and drinking lager.”

Alongside his political career Matt was also making a name for himself in comedy. He did his first gig when he was 16 at the Malt Cross, just off Nottingham’s Old Market Square.

“At that stage you never dream you’re going to go on and actually make a living doing it. Deep down, I’m not sure I ever really dreamed I would make my living as a comedian. It’s a job that requires you to be relentlessly focused. It’s a great job but a lot of work goes into it.”

Because of coronavirus restrictions, Matt has been recording his Spitting Image contributions from his spare room where he does all his writing. “I’ve got a microphone that I plug into my laptop. It doesn’t feel very showbiz but it works.”

The series has proved popular, with Britbox ordering a second series which is scheduled to air next autumn. Matt feels there are just as many if not more characters in politics now as there were when Spitting Image was first on television.

Matt’s fallout with the Labour Party is chronicled in his first book Politically Homeless. The title sums him up perfectly.

“I always had a political home and that gave me a lot of satisfaction. I wasn’t just a member of the party, I worked for Labour and a lot of my best friends are from the Labour movement. It was everything I had. And then in the last few years I couldn’t identify with it at all. I wasn’t able to vote for it.

“I’ll never be a Tory so it was really strange, it was a very surreal feeling, effectively being repelled and repulsed by it.” 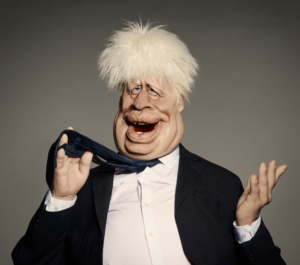 Politically Homeless allows Matt to reveal some of the behind-the-scenes anecdotes of his political experience, including getting drunk at 10 Downing Street.

“That happened more than once, I’m afraid. They give you free beer. I was always going there for receptions, which was a great thing about being in government.

“The first time I went I was blind drunk, realised that the Prime Minister who was then Tony Blair was going to come in so I quickly wanted to run to the toilet, sober up and splash some cold water on my face.

“A guy had got his back to me as I was leaving the room so I said, ‘excuse me, do you know where the bogs are?’. It was Tony Blair and I was just mortified. What an absolute nightmare!”

A Nottingham Forest fan, Matt presents Rock ‘n’ Roll Football on the independent station Absolute Radio and also hosts a Forest podcast. But coronavirus has put a stop to his fortnightly visits to Nottingham to record episodes.

Matt and his girlfriend Laura are hoping to get back to the area at Christmas to spend time with his mum and sister. But, like most things, that is up in the air.

“I love Christmas in Nottingham, the Christmas market in Old Market Square, the ice rink, German food and I just love going round all the pubs – it feels so festive. I have to believe that I’ll be able to make it back up there for Christmas.”

Matt Forde is recognised within the entertainment industry as one of the most charismatic and funniest comedians around. He’ll obviously continue to make a good impression whatever he does in 2021.

* Matt’s first book Politically Homeless was published on 8th October 2020. Details can be found on his website, www.mattforde.com. This article originally appeared in Country Images magazine

Chasing a Dream on sale at various ...