Mickleover: “one of the best places to live” 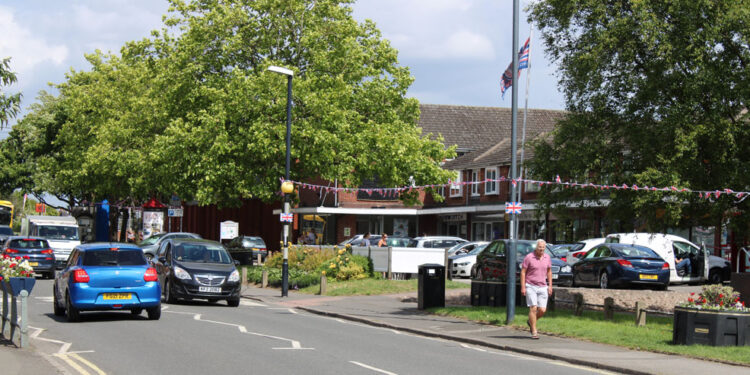 It’s considered one of the most vibrant and sought-after areas of Derbyshire. Mickleover, two miles west of Derby city centre, is so popular that new homes are being snapped up before they’re built.

Its population is growing at such a rate that some people think it should be reclassified as a town rather than a village. But despite that Mickleover boasts one thing that many other places covet: an overwhelming sense of community.

Several times a year residents get together to enjoy events for all the family including the acclaimed tribute band extravaganza Hot August Night, a scarecrow festival, an Easter bunny hunt and a Christmas lights switch-on.

So what’s so great about this suburb? Neil Hadfield is a director and treasurer of Mickleover Football Club. He has been a resident for 24 years and now lives a couple of goal kicks away from the Station Road club. He says it’s a great place. 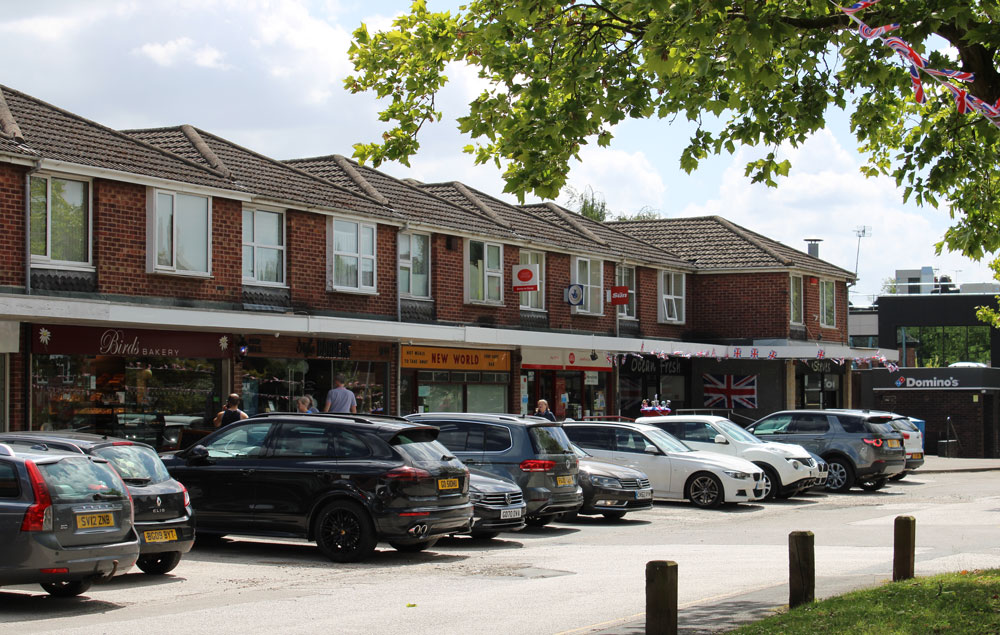 “The people are ever so friendly, really nice. They all rally together. The village has a fantastic selection of shops and businesses. There’s a nice selection of pubs and things to do as well.”

The man who arguably does more than anyone to bring residents together is David Lewis. He and his wife Christine ran Mickleover Post Office for 18 years until they retired in 2017.

He then set up a community group, Our Mickleover which is now a community interest company (CIC) with four directors and half a dozen others who give their time freely.

David takes the view that if an area can put on anything successful, Mickleover should be able to match it. 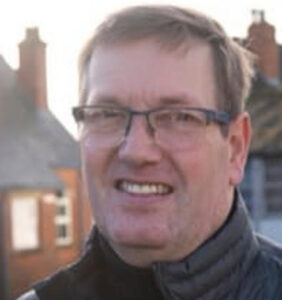 David Lewis who set up Our Mickleover

There’s such a feel of community in Mickleover – it’s amazing. And it’s wonderful to try to keep that alive. The people of Mickleover really want to support us in keeping it as a vibrant community.”

The burning question is: why does David do it? “Madness!” He laughs before continuing: “I get a kick out of doing it, otherwise obviously I wouldn’t do it. But seeing the people come out and support whatever we do makes you feel good.”

Some of those events take place at Mickleover Football Club whose chairman is Don Amott, “king of caravans”, formerly a board member at both Derby County and Burton Albion as well as chairman of Derbyshire County Cricket Club.

Mickleover FC promotes itself as a community hub, as Neil Hadfield explains.

“All the new houses mean the centre of Mickleover is moving. We’re nearer to the middle of Mickleover now. We want to work with community groups and we want to see people active, so we have Soccer 6 football groups that play on a Sunday and Monday, Derby County Women play here and the pitch is available to hire during the summer.”

Those new homes mean Mickleover is expanding quickly. In the 2011 census Mickleover had a population of 13,529 living in 6,085 properties. More than 400 houses are currently being built at Hackwood Grange, formerly Hackwood Farm, and another 200 off Onslow Road/Station Road. This means the number of residents is expected to rise to 18,000.

This does not include major developments on the outskirts which are actually in the South Derbyshire and Amber Valley council districts. People on those housing estates feel part of the wider Mickleover community although this tends to put more demand on the village’s services. 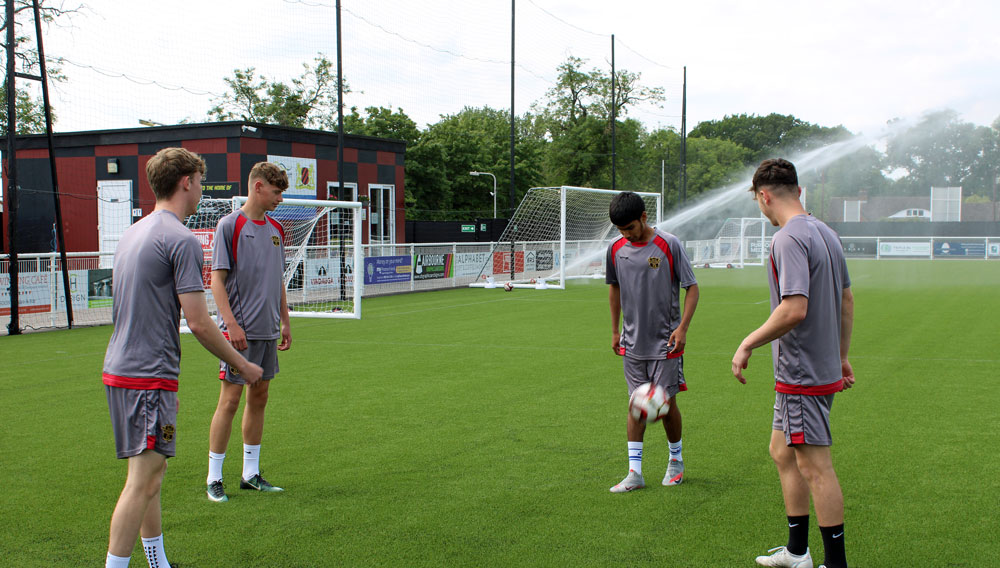 Neil points out that the football club also has a social side: it hosted the Our Mickleover beacon lighting event for the Queen’s platinum jubilee, it’s gearing up for this year’s Hot August Night event which is expected to be attended by 3,500 people and it’s always happy to help any community group looking for somewhere to stage an event.

“We want as many people involved in sport, entertainment and leisure to come to the club and see the facilities we’ve got,” says Neil.

Those facilities include a 3G synthetic pitch which can be used all the year round and will mean fewer Mickleover FC fixtures will have to be postponed.

The first team averages more than 300 spectators for each home game and in the new season will be competing for the first time in the Southern Central League after switching from the Northern Premier. 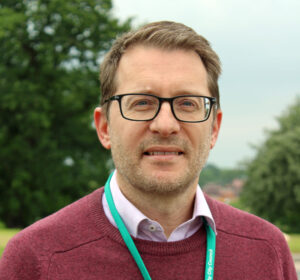 One of those who is regularly seen in the community is Matthew Holmes. The NHS IT network specialist is one of three Conservative councillors for Mickleover. He’s quick to make it clear that party politics is irrelevant.

“Our approach is probably different to what people would expect. We obviously represent a party but what we’ve always been very keen to do is not bring that into local issues. At the end of the day we’re very distant from what’s going on in Westminster.

“We’re community leaders, really. Everything we do is about what we can do for our local area. When residents come to us with their issues we do our very best and we always try to make sure that politics doesn’t come into it. And I think that’s served us well.”

He’s lived in Mickleover all his life and grew up in the village.

“It’s one of the best places to live, I believe. I see many of the people I went to school with and they’re still here. They’ve chosen to bring up their families here.

“Mickleover is well placed, it’s pleasant, it has low crime, good facilities, great people and a great community spirit. What more would you want? For me it ticks all the boxes. It’s large but I think that’s outweighed by what a great place it is. I’m proud of living in Mickleover. I think everybody else has that pride as well. It’s just a lovely place to live and long may it continue.”

Mickleover’s growth has meant a huge increase in traffic. This has led to more customers for local businesses although parking is an issue which is especially difficult to resolve.

“The pandemic really brought back what Mickleover was all about when it was just a village way back.”

Planned improvements to the A38 at Kingsway and Markeaton roundabouts should help if they actually go ahead. But it could mean four years of severe disruption for Mickleover residents. However, the community spirit is expected to remain the same.

Matthew says the pandemic is a good example of something that can bring out the best in local people.

“When people were out walking, everybody was saying hello to one another, asking how they were, making sure neighbours were okay. The pandemic really brought back what Mickleover was all about when it was just a village way back. That was great to see.”

When asked to sum up what’s good about Mickleover in three words, he says: “Community, happiness, tradition.” 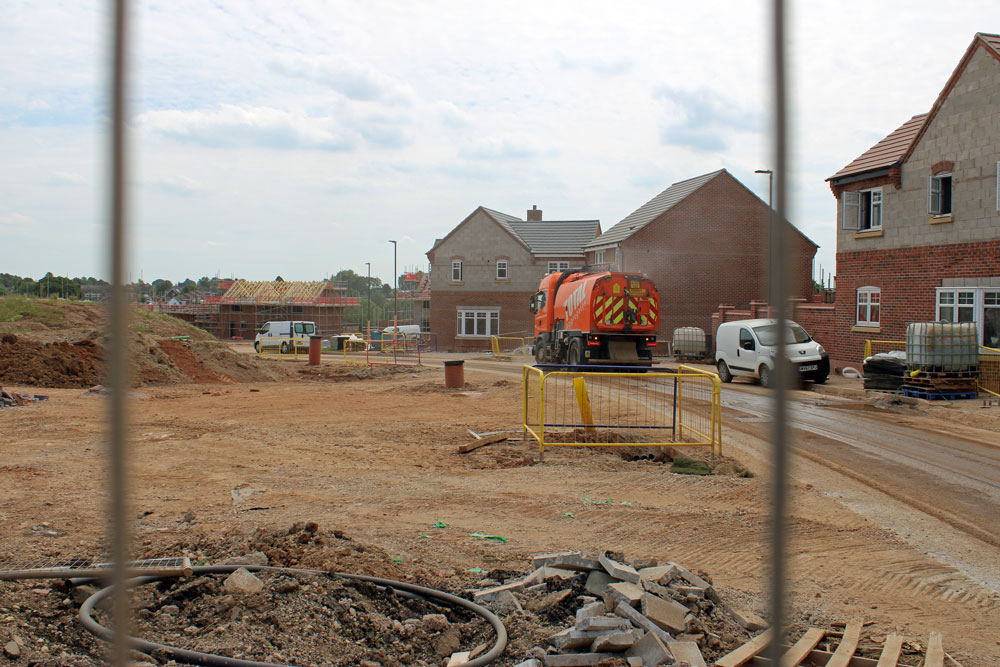 Hackwood Grange, one of the new housing developments in Mickleover

Our Mickleover has been at the forefront of a number of initiatives and David Lewis is determined not to sit back on past successes.

The organisation provided laptops to schools during the pandemic and is continuing its educational work.

Apart from that David wants to move in a different direction due to the cost-of-living crisis: “Mickleover does have people who are struggling so the council is looking to set up a food bank. If we can help with that, then we will.”

So the general view is that Mickleover is a delightful place with plenty to commend it whether you’re greeting people as you stroll along the cycle path that leads to Etwall, experiencing one of the events that the village has become renowned for or relaxing in one of Mickleover’s pubs or restaurants. And that unrivalled community spirit is evident whether you’re a resident or a visitor to Mickleover.

Arthur Smith: comedian who may make you ...