Paul Carrack: the man with the golden voice 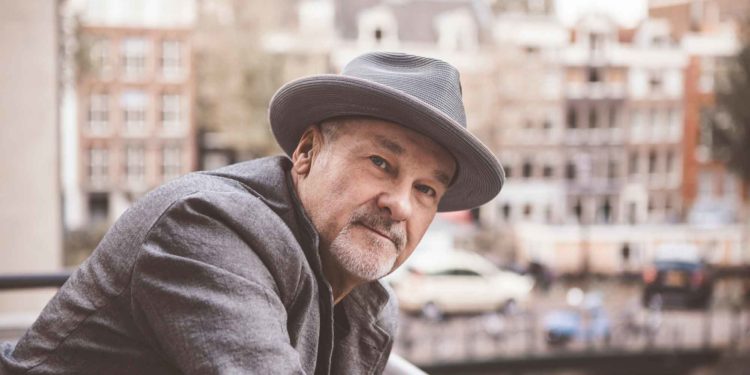 He’s been called “the man with the golden voice” during a 50-year career, some of the highlights of which have been performing with Ace, Squeeze and Mike + the Mechanics. But Paul Carrack has also been a successful solo artist and he’s getting ready to go on tour to promote his 17th album in his own name.

He’s one of the most endearing artists you could meet, grateful that he didn’t have to go down the pit like many of his school friends in Sheffield and thankful that he’s still working at something he loves.

He takes nothing for granted and continually strives to make “a great, great album – the next one will be better”. This is despite his latest one, These Days, being described by some people as “the finest album of his distinguished career”.

Not sure who Paul Carrack is? He wrote and sang How Long with Ace which has been covered by many artists since it was released in 1974. Later his soulful, instantly recognisable voice was on Tempted which wasn’t a huge hit for Squeeze but was used for several commercials. He then joined the supergroup Mike + the Mechanics which had been formed by Genesis founder Mike Rutherford. Paul sang classics such as The Living Years and wrote some of the band’s hits including Over My Shoulder.

These days a huge number of people appreciate Paul’s talents. He does concerts with a German big band every Christmas and for the past five years has toured with Eric Clapton.

During our conversation Paul eventually admitted that he thinks his latest album is the best he’s done for a number of reasons.

“I think the songs are quite strong and there’s some fabulous playing with some top-flight musicians, people like Steve Gadd on drums who I met by playing in Eric Clapton’s band. Steve’s played with everybody from Paul Simon to James Taylor. He’s one of the greats.”

Paul explains that he doesn’t feel compelled to write music every day but when he has an album to make, he’ll usually write it all in one go.

“I only write about things I know about – there’s no political slant and probably no original thoughts whatsoever! It’s just about life in general and relationships.”

Five of the songs on the new album are written with his old mate Chris Difford from Squeeze.

“He’s a great lyricist. It’s just good to have another slant, otherwise I think 11 songs by me might get a bit samey. He brings another flavour to the table.”

Paul Melvyn Carrack was born on 22 April 1951 in Sheffield. His musical vocation began with his playing a home-made drum kit in the attic. He also picked up his brother’s guitar and in his teens he started to teach himself the organ, seeing it as a way of joining a local soul band.

“I have a natural instinct and musical gene, I guess, that helped me,” says Paul. “I don’t really have a lot of theory or technique but I get by on musical instincts and that’s stood me in good stead.”

He admits he struggled academically and didn’t enjoy school. A trip down a pit concentrated his mind on his future career.

“I had to go through the motions of pretending I might be interested in a proper job. There was a school outing with a careers master to go down the local colliery. It was pretty grim. I take my hat off to those guys – you got in a cage and went a long way down and got on a train on a track and went a long way again. And then you crawled to the coal face. That was a pretty hairy experience.


“I don’t think there was any serious chance of me ever going down there and earning a living doing that because I’d have had a job picking up a shovel. I was a skinny little wimp back then. If I needed any confirmation that I wanted to make music work, that was it.”

Paul did get a job in an office at the gas board for a short time. But he was also playing in a semi-pro band which passed an audition to go to Germany for a month’s residency in Hamburg.

“I wasn’t really cut out for any kind of a proper job. I don’t mean that disrespectfully to people who are. To make matters worse I wasn’t very practical – I wasn’t very good at anything. If the sink gets blocked here it’s my missus that sorts it out!”

Paul has lived in and around London for the past 30 years. He married a London girl and they’ve brought up four children.

“I just had to make music work. Otherwise I don’t know what I would have done. I was fortunate. I had a bit of God-given musical talent.”

Paul left school at 15. Eight years later How Long reached number 20 in the UK singles chart and peaked at number three in the US and Canada. Paul describes those first few years as a “hand-to-mouth existence” and things didn’t change overnight. It was all an adventure to him and the band.

“We were struggling but we were doing what we wanted to do. How Long was the first glimmer of any kind of success.

“Since then it’s been up and down, up and down until we’ve reached the point where we’ve established something of a niche. If it all turns pear-shaped tomorrow I’ll have to say ‘thank you, life’s been great’. It stills seems to be going okay.”

With the sales of CDs falling over the past few years, promoting music through touring has taken on increased significance.

“That’s fine because it’s all I’ve known. That’s where I came in. It’s a little more comfortable now – I go around in a nice car with a driver and we stay in a clean hotel whereas before it was all about sleeping on people’s floors and living in the van.

“It was tough but we didn’t grumble – back then it was accepted. That’s what you had to do. The tougher it was the more you liked it in a perverse kind of way because you were doing it for the music.”

The new tour comprises 30 dates over ten weeks, including one at Nottingham’s Royal Concert Hall which Paul has played several times.

He says his seven-piece band isn’t just a greatest hits group and will feature half-a-dozen songs from the new album. But they daren’t leave out old favourites including How Long, The Living Years, Tempted, Eyes of Blue and Love Will Keep Us Alive, the song he wrote for The Eagles.

This year looks like being another busy one for Paul. After his band completes its tour – “this is a great band, there are no famous names but they give it everything they’ve got” – he’s teaming up with Eric Clapton again for dates in Japan, at the Royal Albert Hall and in Germany.

Paul confesses he’s had “an interesting career and life” considering he chose to go into music “when it wasn’t really accepted as being a respectable way to earn a living.

“I look at what I’ve achieved, which is to play with some fantastic people and have a little bit of success along the way, and I think I’m one of the lucky ones really. I’m still enjoying it. People still keep coming to see me and are interested in what I’m doing, so it’s a really good place to be in at the moment.”