Paul Jones: on the road again with the Manfreds 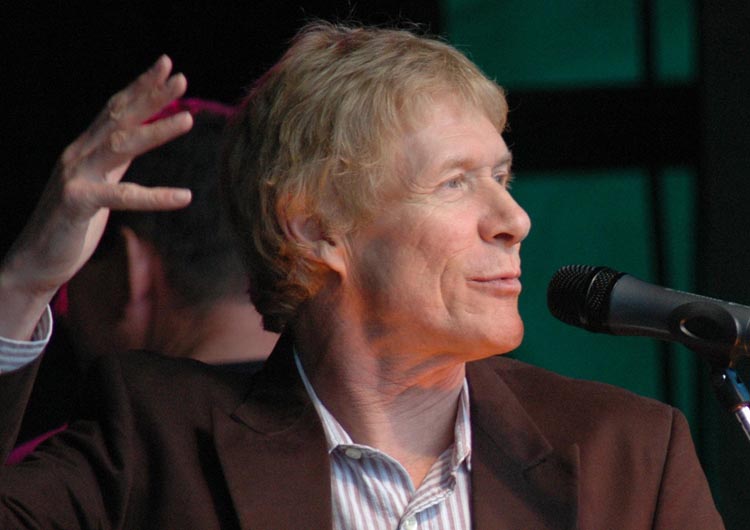 Paul Jones laughs a lot as he happily looks forward to the next few months. The singer, harmonica player, actor, radio personality and television presenter has had a stellar career – yet at the age of 79 he’s going on the road again with the band he made his name with, the Manfreds.

Not only that: the group will be joined by legendary keyboard player Georgie Fame, described by Paul as his favourite.

Paul reveals he tried many times to persuade Georgie that he would really enjoy touring with the Manfreds, as other guests had done including Alan Price, Colin Blunstone and Long John Baldry. Eventually Georgie agreed.

“A couple of years ago we had such fun on the road. Georgie obviously enjoyed it because when we said ‘how about doing it again?’ he said, ‘yes, I’m your man.’

“Georgie is the best,” says Paul. “I suppose he’s exactly in the place that I consider to be the right place musically – with a strong helping of jazz, an equally strong helping of blues and rhythm and blues, and basically an ability to enjoy audiences and relate to them.” 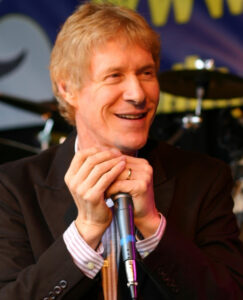 Many music fans consider Paul Jones to be their favourite. He was the vocalist on two number one singles by Manfred Mann, as they were originally known: Do Wah Diddy Diddy and Pretty Flamingo.

He left to go solo and had a successful career in musical theatre before becoming a presenter on BBC Radio 2, hosting The Blues Show for 32 years.

Preparing for the new tour, he tells me why he loves playing Buxton Opera House, why so many of today’s stars want to work with him and how he turned down the chance to become the Rolling Stones’ singer.

Paul Jones was born Paul Pond in Portsmouth, Hampshire on 24 February 1942. When he was 20 he joined Manfred Mann and three others in a group that took the keyboard player’s name.

They shared a love of jazz and blues but the success of Do Wah Diddy Diddy meant they turned into a pop band – which was not a direction Paul wanted to pursue. So he left.

“As an adult I’ve always been interested in what’s sometimes called music of black origin. That means blues, rhythm and blues, soul, jazz. When we started with the Manfreds that’s exactly what we did.

“Gradually, as time went by, we started to do other things. I suppose it was the preponderance of Bob Dylan songs (that made him want to leave). Not that I’ve got anything against Bob Dylan but it just wasn’t what I wanted to do.”

As a solo artist Paul had hits with High Time which reached number four in the charts and I’ve Been A Bad, Bad Boy which peaked one place lower.

After that he turned to acting, appearing on television in The Sweeney and The Protectors. On stage he took roles in Andrew Lloyd Webber’s Cats and played Petruchio in the Royal Shakespeare Company production of Kiss Me Kate. 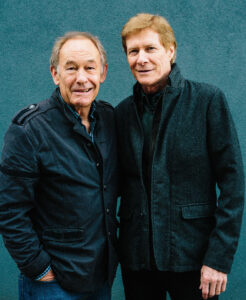 “The acting was very important to me when I first started to do it. I studied hard and I did take it very seriously. But because I’d been a singer, people tended to cast me in musicals.

“I found I was doing music but it wasn’t quite the music that I wanted to do. That’s why I started The Blues Band.”

Paul has released seven solo albums over the years although only two are still available, Starting All Over Again which was released in 2009 and features Eric Clapton and Percy Sledge; and Suddenly I Like It from 2012, with Jools Holland on keyboards for three of the tracks and one of the world’s greatest guitar players Joe Bonamassa playing on another number.

Paul has met so many musicians over the years that it seems they will help out on his albums without a second thought. But, according to Paul, “not everybody gets asked!”

He has come a long way since turning down an offer from the late Brian Jones to become the Stones’ vocalist. Does he have any regrets about that?

“No, not really. When I say not really, it hides a reservation. Musically I have no regrets at all. In every way I’ve had a career I wanted and I’m still having it, whereas if I’d joined the Rolling Stones I don’t know what it would have been. It only became the Rolling Stones when Mick (Jagger) and Keith (Richards) were involved as well as Brian.

“The only thing I would say is that if I had got into that band Brian might not have developed some of the bad habits that he did and he might still be with us. But that’s pure speculation.”

The Manfreds got back together in 1991 and the new tour will almost be like a who’s who of 1960s music. As well as Paul and Georgie Fame, the band features Mike D’Abo who replaced Paul; drummer Rob Townsend who used to be with rockers Family; Simon Currie and Marcus Cliffe who have worked with Mark Knopfler, Eric Clapton and Rod Stewart; and Manfred Mann founder members Mike Hugg and Tom McGuinness.

Tom will also be presenting McGuinness Flint hits including When I’m Dead And Gone as everyone gets their turn in the spotlight. 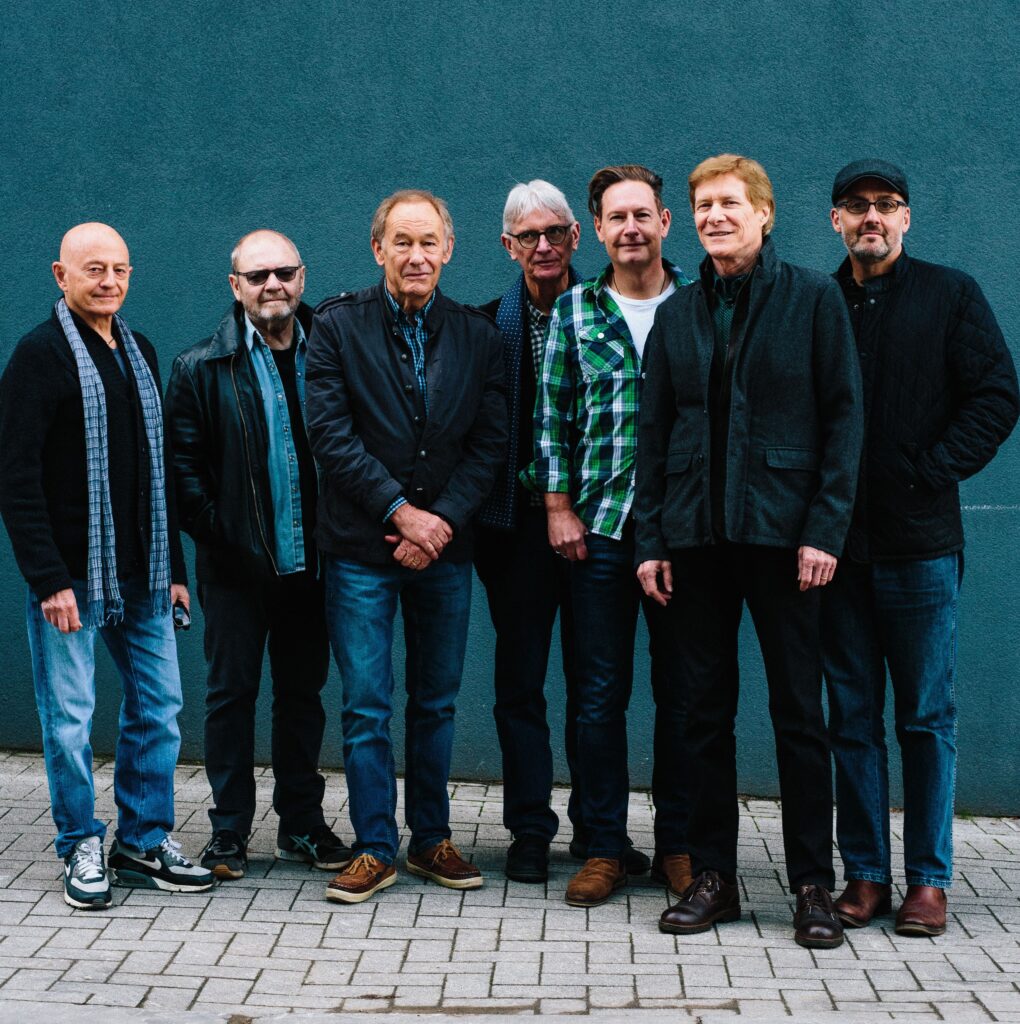 “It’s all quite a melting pot, but we won’t be doing any Blue Mink hits!” jokes Paul. “Everybody gets a moment or several moments to shine.”

But will some fans be disappointed because the Manfreds will have to leave out some of their hits because there simply won’t be time for all of them?

“There’s always a risk when you go and hear a band that’s had a lot of hits that you’re going to miss one you wanted. But, hey, you get all the others.”

Paul is looking forward to returning to Buxton where he has played several times before: “I’m very familiar with the Opera House and love it to bits. It’s an absolutely gorgeous room to play.”

As well as touring, Paul and his wife Fiona – they met while acting at the National Theatre – have a Christian ministry which takes them all over the UK. Faith plays a major part in Paul’s life.

“I put myself out for hire to other people and that’s always nice. It keeps you on your toes to put yourself in different musical situations.”

“Funnily enough, we were listening to a lovely speaker this morning who said ‘God does not operate without faith’. Faith is central, crucial. It inspires everything. It works through everything one does.”

Paul is already looking forward to 2022 because he will be performing more gigs with the Manfreds as well as singing with The Blues Band. Sadly they will be undertaking their farewell tour because some of the members have health issues.

“The first six months of next year are already full of dates that were cancelled in the past 18 months or so,” says Paul.

“I put myself out for hire to other people and that’s always nice. It keeps you on your toes to put yourself in different musical situations. I’m looking forward to next year.”

No doubt fans who hear Paul Jones’ distinctive voice on the Manfreds’ tour will share his enthusiasm for a brand of music which has kept people entertained for well over half a century.