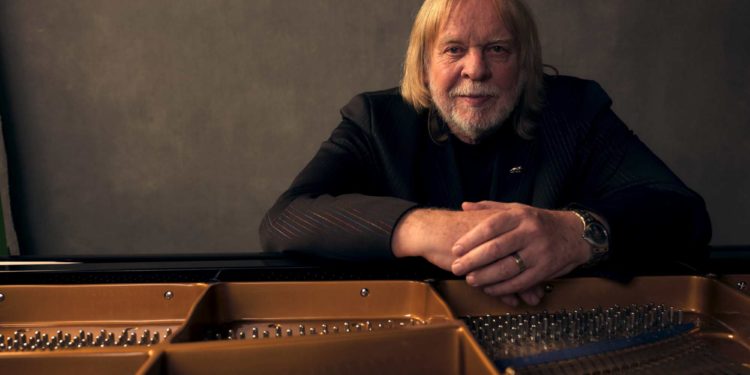 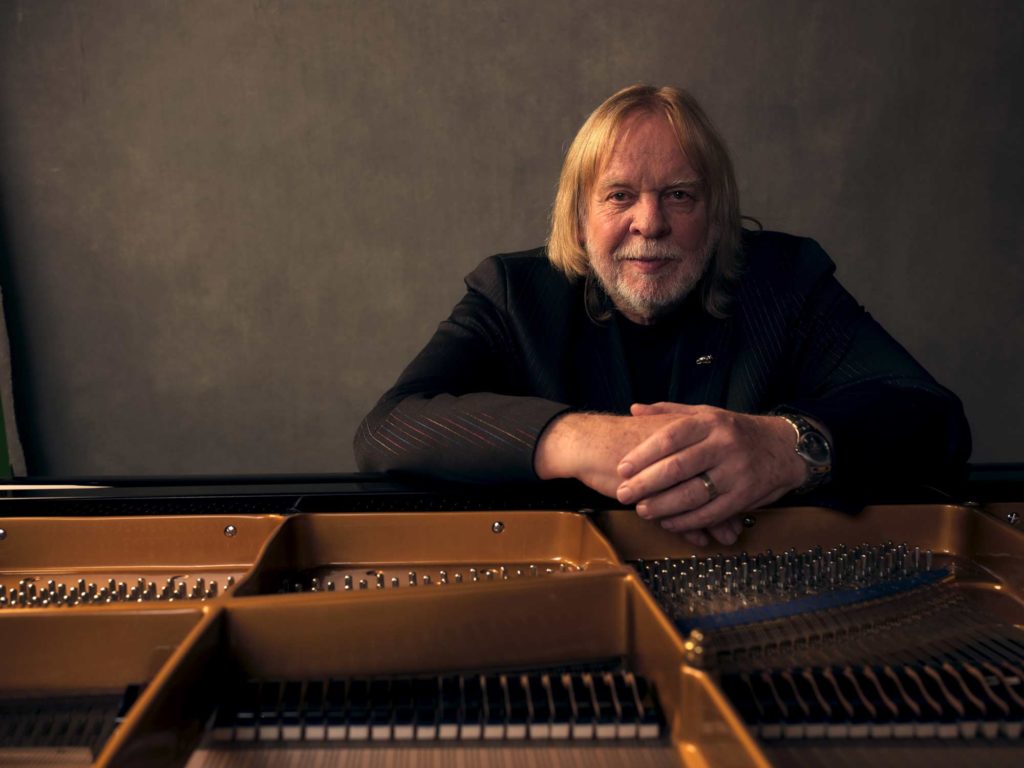 At the age of 70 most people probably think about taking life a little bit easier. But not Rick Wakeman. Even after three heart attacks because of an unhealthy lifestyle and at one point being given only 24 hours to live, the keyboard virtuoso is still going strong.

He’s just finished his first solo tour of the United States and Canada in 13 years and is now undertaking a 12-date tour of England to promote his latest album.

It’s difficult to know how many albums he has to his name: the keyboard player, songwriter, author and television and radio presenter has released more than 90 as a solo artist as well as a number with contemporary rockers Yes. He’s also put out a few with his own rock band The English Rock Ensemble, which includes his son Adam on keyboards, and a couple of Christian albums.

So why does he carry on? “It’s my privilege to be able to play on stage to people,” Rick told me during a break in his American tour which he said went “extremely well” and was “most enjoyable”.

He added: “I have the best job possible because the great thing is – it isn’t a job!” 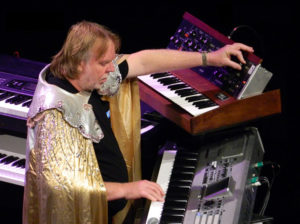 Rick is one of the few people who can truly be called a legend. Wakeman fans in Derbyshire will get the chance to see him in The Grumpy Old Christmas Show when it visits Buxton Opera House, a venue that Rick has played several times before.

“I love playing there and I’m fond of Buxton too. I always try to arrive early so I can have a wander around.

“Audiences are pretty much the same everywhere you go. That’s the joy of being able to do what I do; you’re able to visit so many different places and meet so many nice people. I have very good friends in Buxton who I always look forward to meeting up with.”

Rick officially became grumpy when he joined the conversational-style television series Grumpy Old Men in 2003. So it was fairly predictable that he called his trip to the United States The Grumpy Old Rock Star Tour.

“That was exclusively for America really and the Christmas show is called Grumpy Old Christmas to match my grumpiness! There’ll be elements of grumpiness as I talk about some of the things at Christmas that drive me nuts and I’m sure I won’t be the only one!

“Most of the music will come from the new album Christmas Portraits although a few other pieces will find their way onto the set as well as a few surprises.”

The new offering features 14 tracks made up of 22 Christmas classics. “I unashamedly have to say I’m thrilled with the finished product,” said Rick. “It’s just piano playing lots of Christmas melodies that everyone knows but in a totally different way. You’ll certainly recognise them all but I wouldn’t try to sing along!” 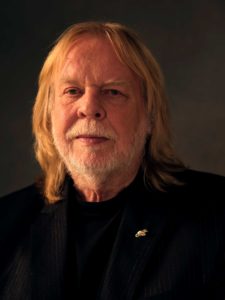 Richard Christopher Wakeman was born on 18 May 1949 in Perivale, London. When he was seven his father paid for him to have weekly piano lessons which lasted for 11 years.

In 1968 he secured a place at the Royal College of Music with the intention of becoming a concert pianist. He left the following year to become a full-time session musician, playing on David Bowie’s Space Oddity among many other songs.

The money was good but he felt he wasn’t getting a chance to be part of the music. So he joined folk rock group Strawbs. After a couple of years he left when he faced “one of the most difficult decisions” of his career: whether to join Bowie’s backing band The Spiders from Mars or Yes. He thought the prog rock band would give him more career opportunities.

There are “so many reasons” why Rick has kept going back to Yes but “my fun with ARW will be the last. Everything comes to an end and it’s reached that point for me.

“Travelling does tire you but I try to pace myself as best as I can and will continue to do so as long as my health hangs in there!”

Shortly after joining Yes, Rick also pursued solo projects. His first three concept albums, The Six Wives of Henry VIII, Journey To The Centre Of The Earth and The Myths And Legends Of King Arthur And The Knights Of The Round Table, were his most successful.

His lifestyle, though, proved problematic. He suffered three heart attacks in his twenties due to smoking and heavy drinking. He quit smoking and in 1985, after being taken ill during a tour of Australia, he stopped drinking; he’s been teetotal ever since.

So what’s his health like now? “Not bad at all, to be honest. I continually struggle with my weight but apart from that I wake up breathing every day and long may it continue as I’ve got loads still to do in my life.”

“My faith is important to me but it’s a very private part of my life.”

Rick made a name for himself not only for his unmistakeable, highly complex music but also his long hair and his flamboyant capes. His wicked sense of humour, charm and geniality have led to his being signed up for programmes as diverse as Just A Minute on BBC Radio 4 and Have I Got News For You and Watchdog on television.

Despite that, does the music come first? “I suppose it does really. But I love doing all the other stuff as well. At the end of the day, I always end up sitting at the piano.”

Rick has released a couple of Christian albums, The Gospels and In The Beginning, so how big a role does Christianity play in the life of the man who learned to play a church organ and who was a Sunday school teacher?

“My faith is important to me but it’s a very private part of my life.”

As you would expect from a man who always seems to be on the go – and who doesn’t like to divulge too much about his plans – Rick is destined to have a busy time in 2020.

“The year is almost totally planned and the best I can say is that it’ll contain more than a few surprises!”

Let’s hope a bigger tour is being pencilled in so that more fans can witness Rick’s side-splitting jokes and revealing career insights as well as his unique keyboard talent.

Rick Wakeman – The Grumpy Old Christmas Show is at Buxton Opera House on Friday 13 December. His album Christmas Portraits will be released by Sony Classical on Friday 29 November.

Director discusses And Then There Were None