Robert Daws: from Derby Playhouse to Partners in Crime 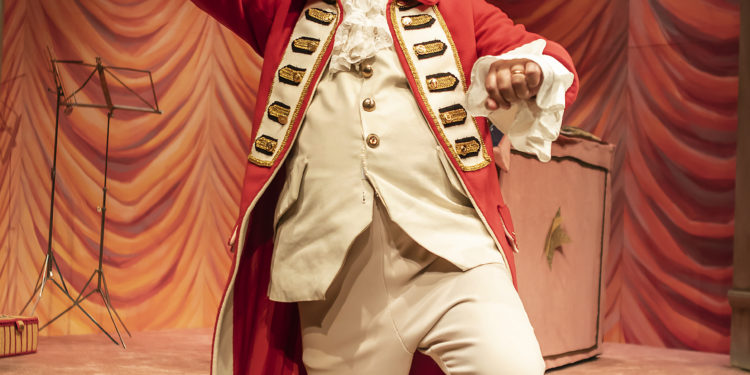 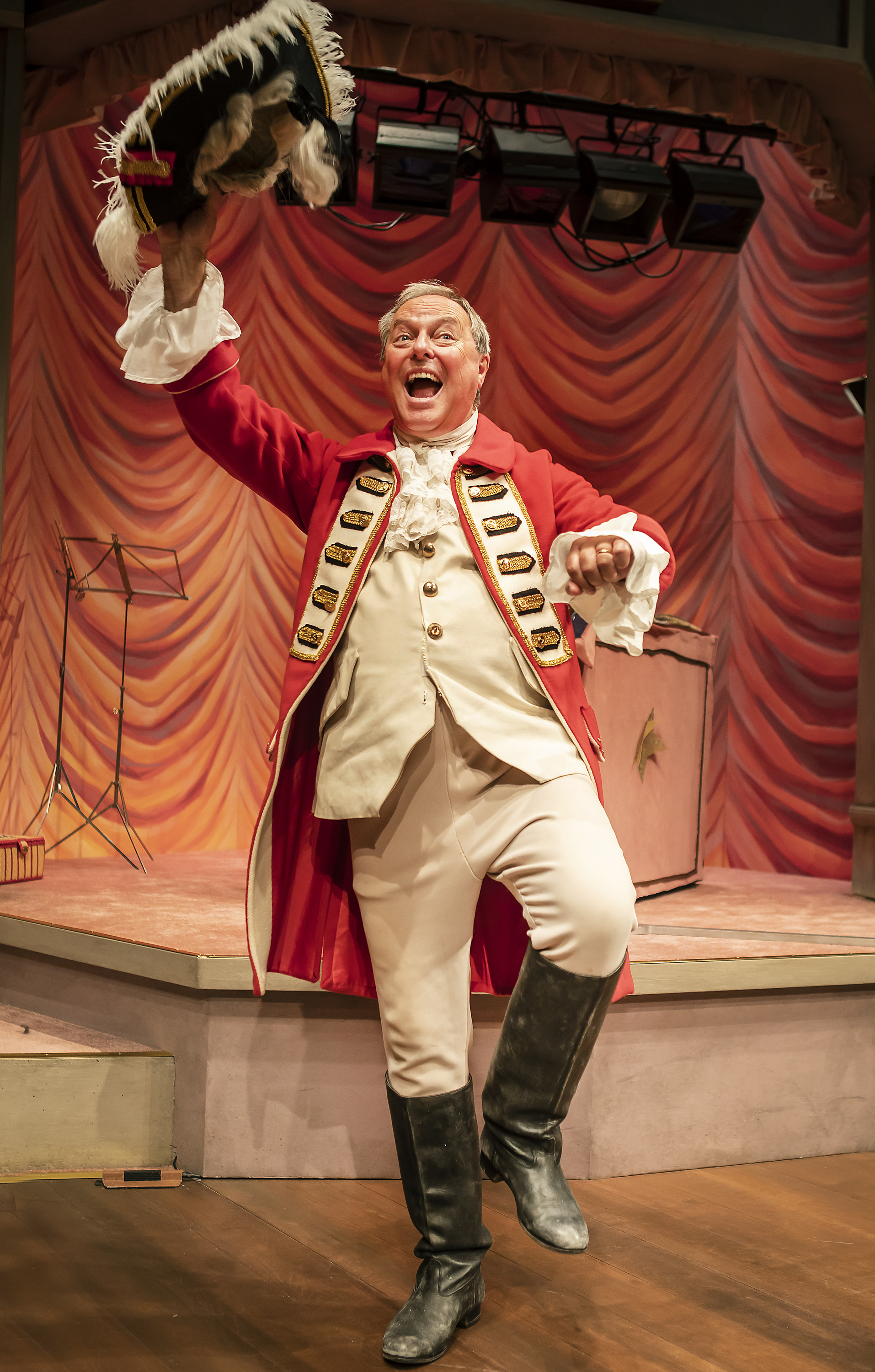 Robert Daws is feeling nervous. Not something you would expect of a man who’s been acting for 40 years and has appeared in such seminal television series as The Royal and Poldark.

Hours after our conversation, Robert took to the York Theatre Royal stage in Alan Ayckbourn’s Ten Times Table. In the audience was the legendary playwright himself. No wonder Robert had a touch of the jitters.

He plays “excitable” committee chairman Ray Dixon in the fictional town of Pendon which is trying to organise a pageant. But the committee is divided.

“Alan Ayckbourn has dissected the world of the committee and the people on it with wonderful comic observation,” says Robert.

“He spent years on committees being stopped at every turn and occasionally getting a green light. He was certainly writing from something that he knows quite a lot about. 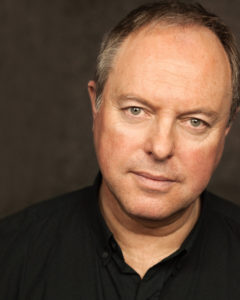 “The play hasn’t been done professionally, I believe, since about 1978 after it had been in the West End. It’s been done by amateur groups fairly regularly. In fact I can remember my parents doing it at one point 30 years ago.”

Speaking about Ayckbourn’s watching from the stalls, Robert says: “That’ll put a little bit of fear on the committee!”

He laughs, as he does several times during the interview. It’s obvious Robert, actor, author and more recently podcaster, enjoys what he does.

He loves meeting people on his travels across the country almost as much as he relishes being on stage. But the erudite, affable Bedfordshire resident always makes time for his family, even if it means a 10-hour train journey back home from Edinburgh because of Storm Ciara.

“That’s the reason for everything,” he declares sincerely.

Chesterfield’s Pomegranate is on the list of theatres that Ten Times Table will visit and Robert is really enjoying the play. The cast includes Deborah Grant who was in Bergerac and Not Going Out, Robert Duncan of Drop The Dead Donkey fame and former Blue Peter presenter Mark Curry.

“It’s a lovely company of people and everyone gets on well, which is quite nice when you’re doing an ensemble piece.

“Alan writes lots of sections where two or three people are talking at the same time. It’s very much like life, of course. Bu it has its technical challenges.”

The tour lasts eight weeks and Robert prefers travelling around Britain to acting in the West End which usually involves a long contract.

“I like the diversity of touring and the constant changes and moving from place to place, theatre to theatre and audience to audience. I find that exciting.”

“I try to go out once every two years to keep the old theatre muscles going. On tour you get to visit some wonderful places. Every week is an opening night so you have to keep yourself focused.

“Audiences around the country are great. They’ve made an effort to come and see a show. And you get to play some of the most beautiful theatres in the world.

“I like the diversity of touring and the constant changes and moving from place to place, theatre to theatre and audience to audience. I find that exciting.”

Robert Daws was born on 4th May 1959 at Leigh-on-Sea, Essex. He trained at the Royal Academy of Dramatic Art. His first jobs after graduating were, believe it or not, at the old Derby Playhouse in 1980.

He was cast to appear in a stage adaptation of Bram Stoker’s Dracula, Loot by Joe Orton and Richard Brinsley Sheridan’s comedy of manners The School for Scandal. 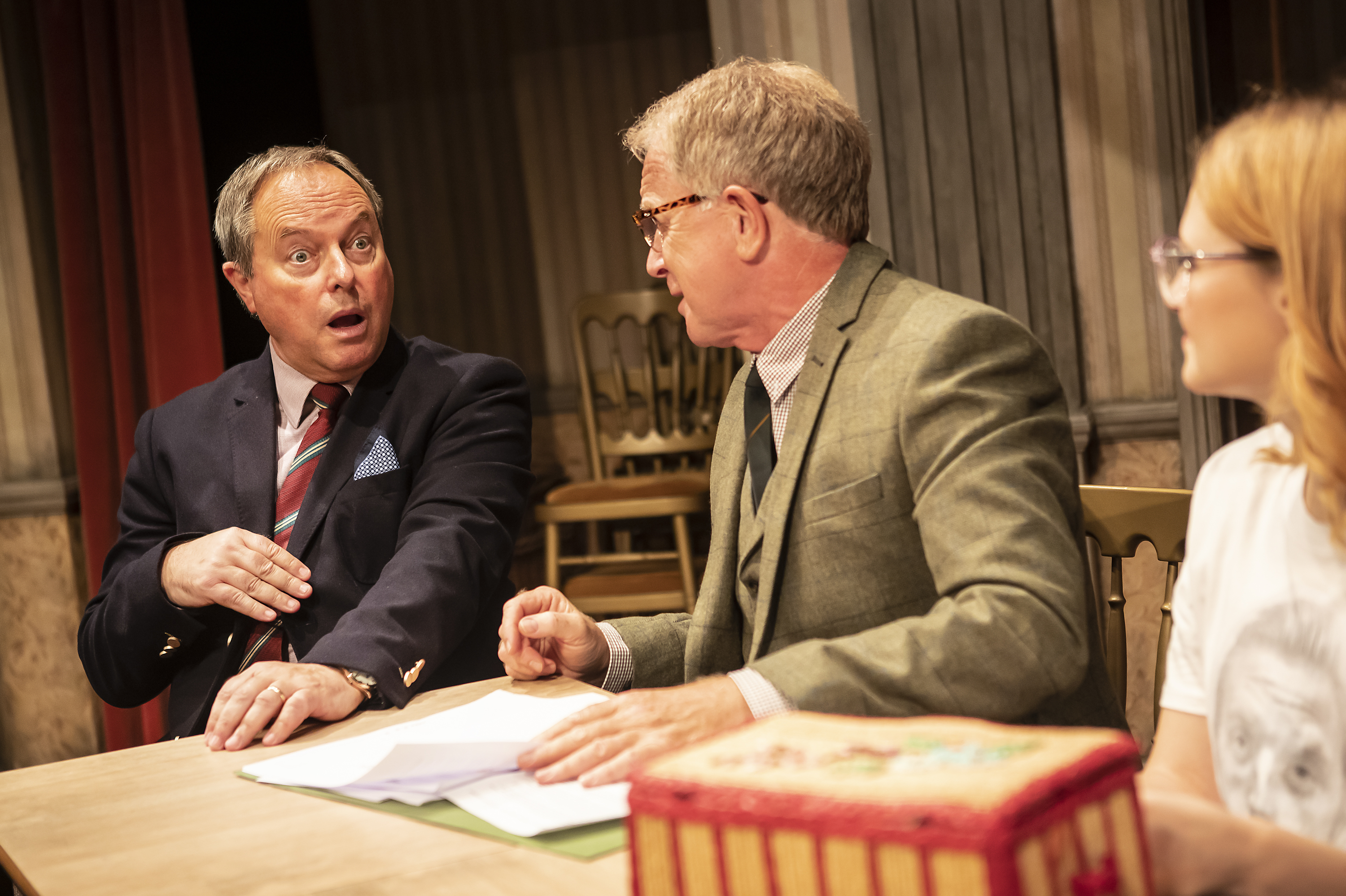 Robert felt nervous as he prepared for his first day at the Playhouse – and struggled to find the building.

“I thought ‘I’m lost, I’m going to be late.’ Then someone said ‘you want the Eagle Centre.’ I think the theatre was heavily disguised as a supermarket and then I found this lovely Playhouse. I had a marvellous time.”

After that Robert’s career blossomed. He played pompous cricket captain Roger Dervish in the ITV series Outside Edge for which he was nominated for best comedy actor at the British Comedy Awards.

He then played the co-owner of Cresta Cabs in Roger Roger and Dr Gordon Ormerod in eight series of The Royal on ITV.

It was on set that he met Amy Robbins, the younger sister of entertainers Ted and Kate Robbins. She played Dr Jill Weatherall. Robert and Amy married in 2003.

“It’s one of the fortunate benefits of being what used to be called a character actor. I’ve never been typecast.”

Robert has also had roles in Coronation Street, Doc  Martin, Father Brown, Midsomer Murders and Death In Paradise as well as playing Dr Choake in Poldark.

So is there one part people remember Robert for?

“Some actors become very well known for one particular thing. Because I’ve been fortunate enough to do a variety of work, what tends to happen is that someone will come up and say ‘I loved you in this’ and someone else will say ‘I loved that show.’ And someone else will come up with something I did 30 years ago that I’d completely forgotten about.

“It’s one of the fortunate benefits of being what used to be called a character actor. I’ve never been typecast. I’ve been able to play a variety of things.”

Eight years ago Robert became an author when his crime novel The Rock, about a couple of detectives on Gibraltar, was published. He’s written two more murder mysteries and he’s currently working on a psychological thriller.

Some actors write while they’re on tour – but not Robert. 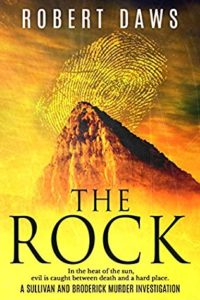 “The thing with theatre is you’re working anti-social hours, so you’re always conserving your energies.

“I’m acutely aware that I’ve got to have a bit of mental and physical puff available at the end of the day or on a midweek or Saturday matinee.

“But I do use the time to read, cogitate and think a lot which is as much a part of the writing process as anything else.

“I tend to work best when I’ve got a clear space of a few weeks when I can just get into a routine of writing.”

The Rock series has been optioned for television although Robert refuses to get carried away about whether it will actually make the small screen.

He also keeps busy by presenting a podcast, Partners In Crime, with author Adam Croft. It’s approaching its 100th edition.

Despite his busy schedule, family comes first. He and Amy have two daughters, Betsy and May, while Robert has a son Benjamin from his first marriage.

“The moment you have children it’s not about you any more,” says Robert. “Touring has its challenges but I always get back. I’m very much a home bird. One of the nice things about life is I write at home, so I drive everyone nuts!”

Robert has a couple of television roles coming up over the summer “and then there’s a big project coming up in August which I really can’t talk about.

“It’s a project I’ve been working on for two to three years which is going to be touring through the autumn and travelling to America, India and Australia. It’s a labour of love.”

Does Robert want to do anything else in his career? “I think the main ambition is just to keep on going.”

He also wants to help younger actors: “We all need mentors, people who’ll take a chance on us and give us opportunities.

“The older you get your mentors have either retired or died. So you suddenly find yourself in the position of being the mentor yourself, if that doesn’t sound too pompous.

“There’s an old saying: if you’ve had a happy time doing what you do, then send the lift down to the next generation.

As a parting shot Robert revealed he’s not been asked back by Derby Playhouse, now Derby Theatre, and he’s never worked at the Theatre Royal in Nottingham.

It’s about time those two venues ensure that more East Midlands audiences can get to see Robert Daws’ unmatched talents.