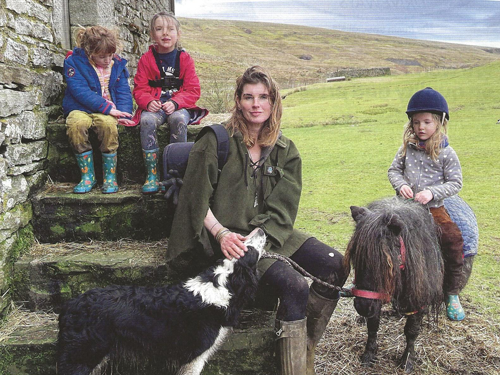 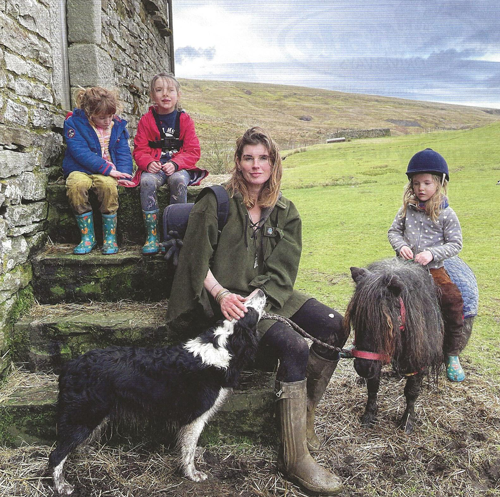 Running a 2,000-acre hill farm in one of the most remote parts of the Yorkshire Dales might not be everyone’s cup of tea. But Amanda Owen takes everything as it comes – which you have to do when you’re a shepherdess, writer, photographer, public speaker and mother to nine children!

Amanda is known to millions as The Yorkshire Shepherdess through the Channel 5 factual television programme Our Yorkshire Farm. She may be considered a TV personality whose fifth book is currently being loaded onto the shelves of bookshops around the country. But in reality Amanda is first and foremost a farmer who has 1,000 sheep to look after. And she never shies away from getting her hands dirty.

The day before our conversation, Amanda received an early-morning telephone call to say some of her cows had escaped and were running amok.

“They were heading down the road, they’d knocked someone’s wing mirror off and they were making for a camp site. I couldn’t have woken up and anticipated that, could I?”

“There’s a thing called prioritising. Sometimes I go with my heart and not my head.”

But Amanda, who points out she is definitely not a domestic goddess, found a bonus to the problem.

“While I was putting the cows back I found a load of raspberry bushes. I thought ‘what I should do now is go back home, tidy up, load the dishwasher and get my baking done.’ But actually my head was saying ‘get the raspberries before anybody else or the birds find them.’

“There’s a thing called prioritising. Sometimes I go with my heart and not my head. The kids all had big smiles on their faces even though they were covered with raspberries. The point is we’re happy, we’re getting on and that’ll do.”

Yorkshire people are known for being down to earth, straight-talking and unpretentious. Amanda who laughs a lot during our chat fits the bill perfectly. 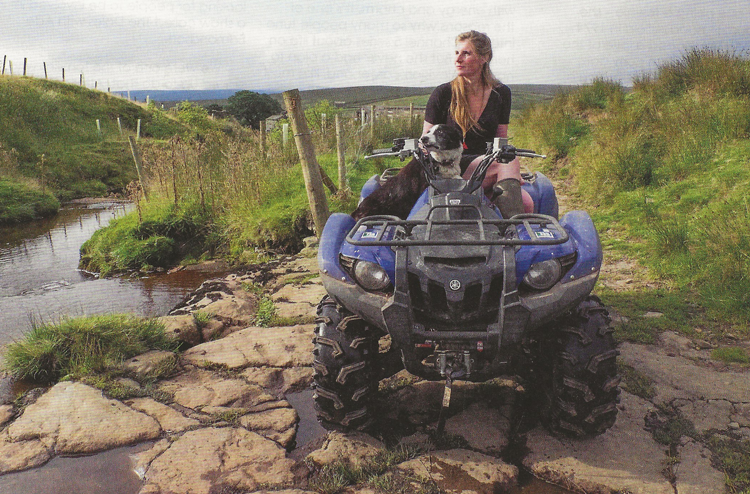 “There’s always summat to do and fitting it all in can be a bit of a nightmare. It’s hard, it’s tough but it’s also inspiring,” says Amanda of her way of life at Ravenseat, the traditional farm in Upper Swaledale that she runs with her husband Clive.

Despite being a townie – she was born in Huddersfield in 1974 – Amanda developed a love of the great outdoors at an early age. After accidentally stumbling on a book called Hill Shepherd by John and Eliza Forder, she set her heart on becoming a shepherdess. So does reality live up to the young Amanda’s expectations?

“It’s a bit of a rollercoaster ride because there are so many variables that affect your daily life. It’s a never-ending circle that you don’t really understand until you’re doing it. It’s not all sunshine and birds. At the end of the day, what we’re doing is real.”

Amanda approaches everything with energy and charm. It’s one of the reasons why so many people tune into the Channel 5 series about life on her farm. But she never had a plan to have a television career and, like most things, it started accidentally. 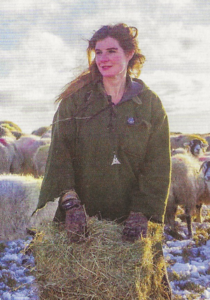 Just after getting married Amanda and Clive pitched a tent in one of their fields. Walkers passing by asked if it was there to supply refreshments.

“That sparked an idea in my mind that there were 16,000 people a year walking through the farm and I simply offered to make them a cup of tea.

“One day a person came who was dressed like a walker. He turned out to be a TV scout. He was looking for people to be involved in a show called The Dales with Ade Edmondson.

“We were one of the families who signed up to do that. Afterwards I was approached by a literary agent who asked me if I’d be interested in writing a book to tell my story. Being a bit of a chancer, I thought ‘why not? I’ll give it a go.’”

The Yorkshire Shepherdess book got to number three in the best sellers chart, leading to an approach to make a television series. But she doesn’t see herself as a TV personality.

“When people say ‘author’, I shudder. When people say ‘photographer’, I shake. I’m just myself, Jill of all trades, master of none. I just take opportunities and see if I’m any good at it,” she says modestly.

“I think that’s the best thing about living in the countryside in a place like this: it gives you head space.”

“The fact that it’s a bit of all those things probably sums me up perfectly. When it comes to order and planning, is there any? Not really.

Amanda took inspiration from Hill Shepherd, the book which she says was visually beautiful.

“Those pictures were real and gritty. They told the story. And that’s where I wanted to go because I take pictures. I do a virtual diary. Every day, whatever I’m doing, I’m taking pictures. It reminds me of what’s been happening. 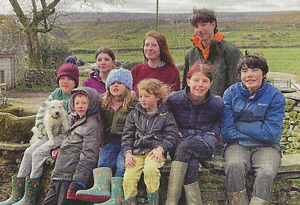 “My camera is the worst in the history of the world. It’s held together with gaffer tape and I’m having real trouble with the on-off switch for the simple reason there was a ripe banana in the camera case and somehow it managed to get itself into the switch.”

Obviously Amanda’s family plays a large part in her photos and she stresses it’s essential for them to be involved in life on the farm.

“For the children to feel a sense of self-worth and to feel they’re important, they must take some responsibility. Ooh, that sounds terrible, doesn’t it?

“Is it really that bad to ask them to go and get some sticks for the fire or feed the hens or get some eggs? When they come back, that sense of joy they get, that they’re a part of what we do – it’s a life lesson.”

When she speaks about her children whose ages range from five to 20, she does so with understandable pride and love.

“Raven’s away at uni doing a course in biomedicine. Reuben’s got himself a job, he’s got an apprenticeship.

“He could have bought himself a car but he said he was okay with his moped to get to work and he’s bought himself a digger because he wants to go contract digging. I think that’s brilliant. That’s him taking the initiative.

“His school said it was the first time they’d ever had a kid leave school who had the opportunity to go to three jobs. I think that’s great.

“Keep your expectations low! I’ll wait and see what happens.”

“So maybe my lackadaisical, hands-off way has made the children more independent and that will pay dividends in the long run, I hope, making them happier, stronger, well-adjusted kids.”

So what can we expect from Amanda in 2022? For someone who doesn’t plan for the future, anything could happen. She didn’t ever think her life would turn out the way it has, so she has no idea what’s coming next.

“Keep your expectations low! I’ll wait and see what happens. They say that truth is stranger than fiction and if this doesn’t prove it, nothing does.

Amanda Owen’s talents are in such demand that she probably won’t ever have to resort to making cups of tea for people walking over her farm again.

Tristan Gemmill: from Casualty and Corrie to ...