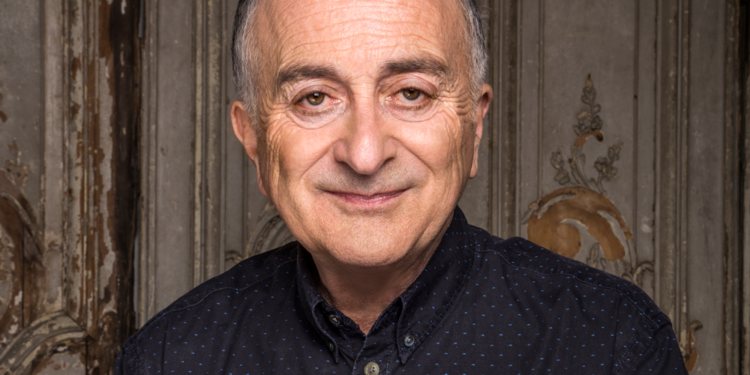 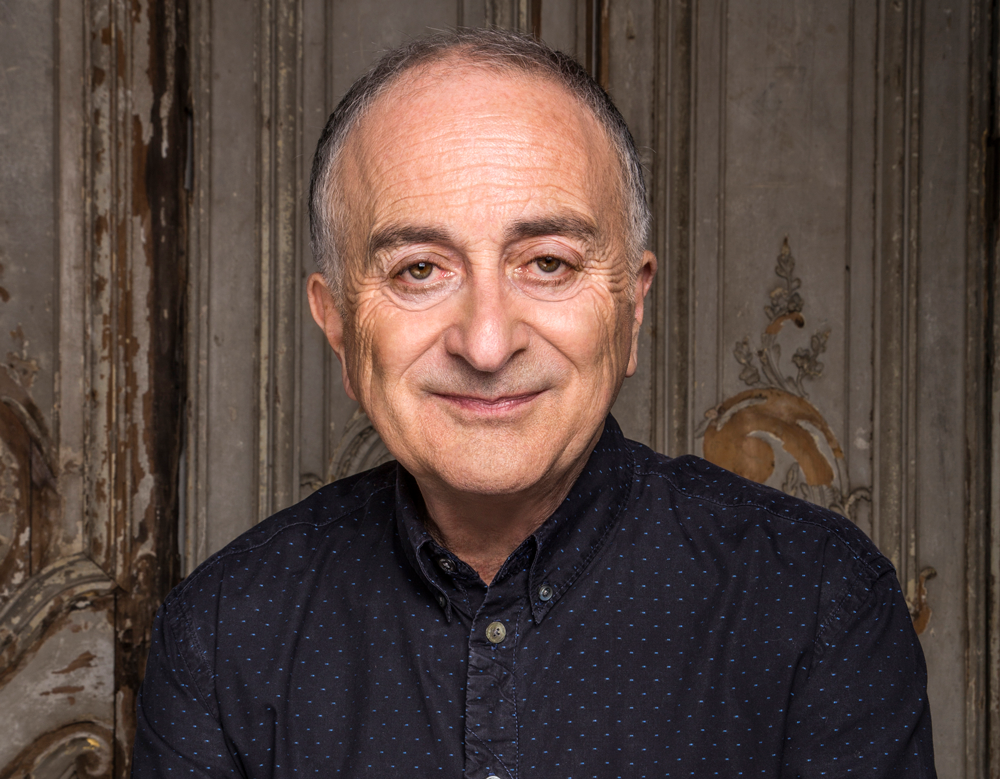 Millions more now know him for a completely different reason: travelling more than 100 miles from his west London flat to adopt a rescue dog from the RSPCA’s animal rehoming centre in Abbey Street, Derby.

Pictures of his first encounter with a Westie called Holly Berry went viral on social media as people were captivated by the dog in the same way that Tony and his wife Lady Louise were.

The affable, softly spoken, erudite Tony interrupted his busy schedule to chat about how “fantastically lucky” he has been in his career, the chances of Blackadder returning, his reaction to being appointed a knight and the new projects he is working on.

But first he explained how Derby came to the rescue when he and Louise decided they wanted another dog after their previous pet had died four years ago.

“The little dog gazed up at me and it was love at first sight.”

“She went online, we looked at a variety of dogs but for one reason or another things didn’t work out. And then she saw at RSPCA Derby this little mutt that looked like a leather coat that someone had dragged through the mud and left in the corner of the kitchen at a party. Her face was exquisite.”

It was just before lockdown and RSPCA officials were not able to go to Tony’s home to check whether it was the right environment for Holly Berry. Tony and Louise filled in lots of forms, had long conversations with the RSPCA about her various health needs, and sent them a video of their home. They were accepted as suitable owners for Holly Berry and travelled to Derby for a “meet and greet”.

Branch manager Penny Lockwood welcomed them with Holly Berry in her arms. “The little dog gazed up at me and it was love at first sight,” said Tony.

“She’d had a terrible life – she’d clearly been starved. You could see her ribs and she had very little fur. She’d got a serious skin disease, eye and ear problems, and was in a right old state.

“My wife instantly knew we’d found the right dog and burst into tears. It was just fantastic. 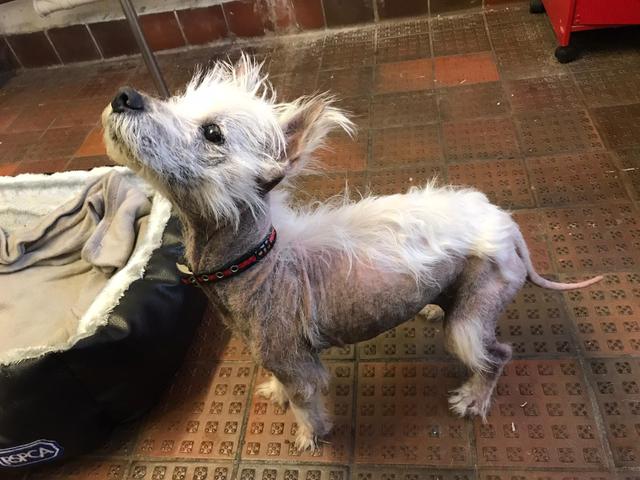 “Six months later she’s a furry ball of love, curiosity, playfulness and energy. She’s always going to be a bit near-sighted – you can’t throw a stick for her more than about 10 yards because she’s no idea where it’s gone! But apart from that she’s really well, absolutely devoted to us and we are to her.”

Now Tony and Louise have accepted an invitation to become patrons of Derby RSPCA. They share the charity’s message of “adopt, don’t shop”.

“Abbey Street are clearly such a good rescue centre and they’ve given us so much joy with Holly Berry that we’re excited to be able to support their work and help give other potential adopters an experience as wonderful as the one we’ve been through.

“We’ve always both been very passionate about adopting not shopping. There are so many animals out there and indeed next year there’s going to be even more.

“I saw figures that the Dogs Trust have crunched together which show that every time there’s any kind of economic crisis in the country, within a couple of months there’s a profound increase in the number of strays on the streets.”

Anthony Robinson was born on 15 August 1946 in Homerton, east London. He studied for A-levels at school but did not complete them and enrolled at the Central School of Speech and Drama.

He spent several years in repertory, worked for two years as a theatre director in Birmingham and then acted with the Royal Shakespeare Company and at the National Theatre. 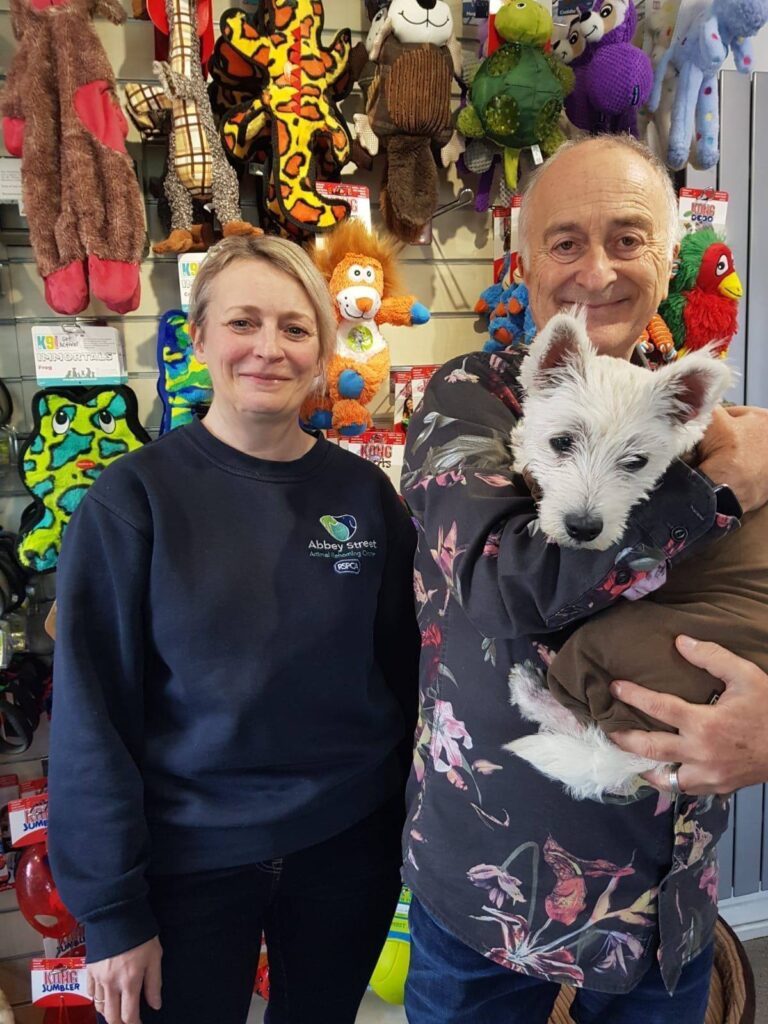 He came to prominence when he was chosen to play Edmund Blackadder’s dogsbody Baldrick. He was then 38. “By that time I had so much experience as a performer, on radio and telly and in the theatre as a writer and a director that when it all happened for me big time, I was able to capitalise on that in a way I simply wouldn’t have been able to if it had happened to me younger in life. It was great timing.”

Many Blackadder fans have been clamouring for the show to return. So is there a cunning plan to bring it back?

“If I say something like ‘well, you can never say never’, then the story immediately is ‘Tony Robinson says there’s going to be another series of Blackadder’. Maybe it will return some day in one form or another – you never know!”

Tony counts himself “enormously” lucky to have been in two ground-breaking TV series.

“I got the part in Blackadder absolutely by luck. I was offered it on the Thursday before rehearsals were about to start the following Monday. I think I was something like the eighth choice to be Baldrick. 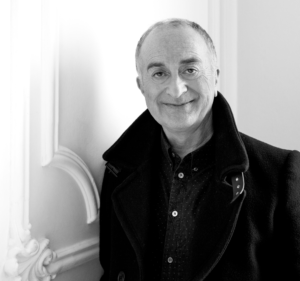 “When Time Team happened, I was invited to go and see the people at Channel 4 and they thought to themselves, ‘wouldn’t it be funny and a really new spin to get somebody from the comedy fraternity?’. At that time there weren’t funny presenters for serious programmes. It was very much a new, whimsical idea.

“What they hadn’t taken into account was actually I knew quite a lot about archaeology. My partner at the time and I used to go to day courses run by Bristol University. We’d actually been to the Greek island of Santorini on a course to look at the excavation out there.

“So I knew what questions to ask, which as a presenter is what you need to be able to do. So that was luck and it meant that I was able to make quite a significant contribution.”

Tony is regarded as a presenter just as much as an actor these days and he is comfortable with that.

“The work I’ve been offered as a presenter has been so exciting. I’ve been around the world twice in the last three years for Channel 5, for a series called Around The World By Train. It was an absolute joy. But I put on two stone – an awful lot of eating goes on.”

Tony was knighted in 2013 for his public and political service and says he was “over the moon” about it. “The notion that the Honours Committee should look at my life and think I’d done enough for my country to warrant a knighthood was just the most wonderful thing that could happen to me.”

However, he does not think his work with the Labour Party – he was a member of the National Executive Committee between 2000 and 2004 – was the main reason for his elevation to Sir Tony.

“My relaxation has always been my work. I get enormous pleasure out of it.”

As for the future, Tony is living up to one national newspaper’s description of him as an “obsessive worker”. As soon as lockdown finishes he’ll be filming another series about the River Thames, The Thames At Night, for Channel 5. He’s got two or three more new series pencilled in and is having discussions about the return of Maid Marian And Her Merry Men, the children’s TV show he wrote and acted in as the Sheriff of Nottingham in the late 1980s and early 1990s.

Some people might say that at the age of 74 Tony has had a good career, so why doesn’t he put his feet up and take it easy?

“Well, we should ask those people when they get to my age whether they still feel the same. My relaxation has always been my work. I get enormous pleasure out of it.

“I’m in the gym every day because I feel at my age I don’t want to be overweight because that would make me doubly vulnerable.

“I do my 10,000 steps every day with the dog. I really don’t think of myself in terms of my age and I wouldn’t want to define anybody else that way. Justifying people in terms of their age is a bit like putting them on the scrapheap.”

So Tony’s plan is simply to carry on. There’s nothing cunning about it – which will please his huge number of fans who get as much joy as he does from his work.