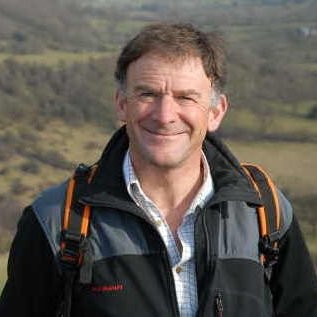 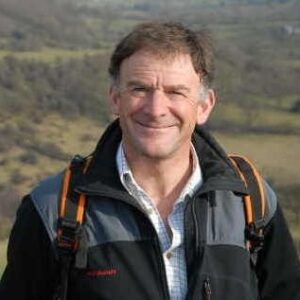 They’re the unsung heroes who are on call 24 hours a day 365 days a year. Yet many people don’t realise that the Derby Mountain Rescue Team is made up entirely of volunteers who dedicate themselves to helping others as well as holding down a full-time job.

Whenever reports appear about the mountain rescue team going on a callout, readers might assume that those needing to be rescued were wearing the wrong clothing or were ill-equipped to be in potentially hazardous areas. But that isn’t always the case.

For example, Derby Mountain Rescue Team’s chairman Pat Parsons is a highly experienced climber who led the first ascent by a British team of the 7,350-metre Gimmigela mountain in the Himalayas. Yet he needed rescuing in 2008 after an accident on Harboro’ Rocks near Brassington in the Peak District.

“The irony is I’ve climbed some of the biggest mountains in the world and they didn’t do me any harm. But I came to grief on a tiny but beautiful climbing crag. That’s the way it goes.”

It was shortly after Pat had left the Royal Marines. He was making a new career as a climbing instructor and was with one of his first groups of paying clients.

“A little bit of rock snapped off. I fell 12 feet. I broke my back and the Derby Mountain Rescue Team basically came along and scraped me up!

“The most dangerous part of any climb is near the bottom because if you fall off you’re going to land on something hard. If you’re 200 feet up a climb and you fall off, you’re just going to bounce on the rope. The higher you go the safer you are.”

Pat had to learn to walk again and readjust his life. He progressed from a wheelchair to crutches, then to sticks. His spinal injury was a permanent one which left his legs and feet partially paralysed. 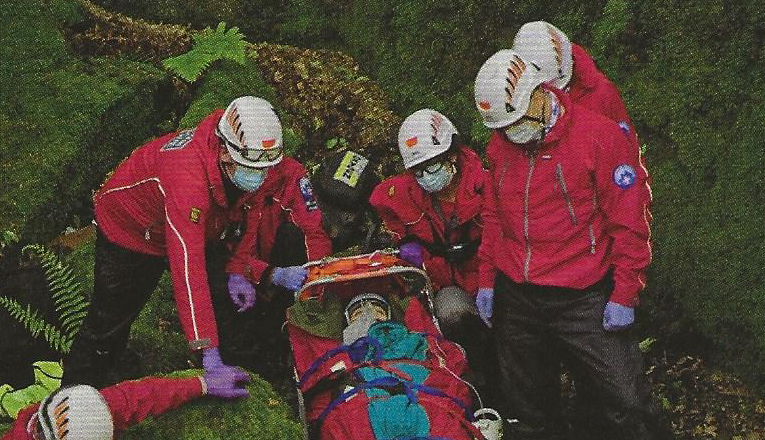 One day Pat was out with his wife in the Peak District and the Mountain Rescue Team were doing a training exercise. He said he would have loved to join them. His wife told him to stop moaning and do it.

“I’d assumed that my disability wouldn’t allow me to join. That’s a classic case of your head telling you that you can’t do things when actually you can. I’ve done an extraordinary amount of stuff since then.

“I joined the team and they’re an incredible group of volunteers who willingly give their time. Every time I go out I’m blown away by the results and what we achieve.”

Pat is still involved in rescues: “I struggle a bit because my disability makes me much slower than the rest of the team. But I like to do my bit. That’s really why we join this organisation because that’s where the fulfilment and satisfaction come from: actually doing the job and seeing on people’s faces how valuable it is.”

Derby Mountain Rescue Team started in 1964 after a tragic accident in the annual, 50-mile Four Inns competition in the Peak District. Three scouts died from hypothermia.

Now the organisation has about 60 operational members from all walks of life. 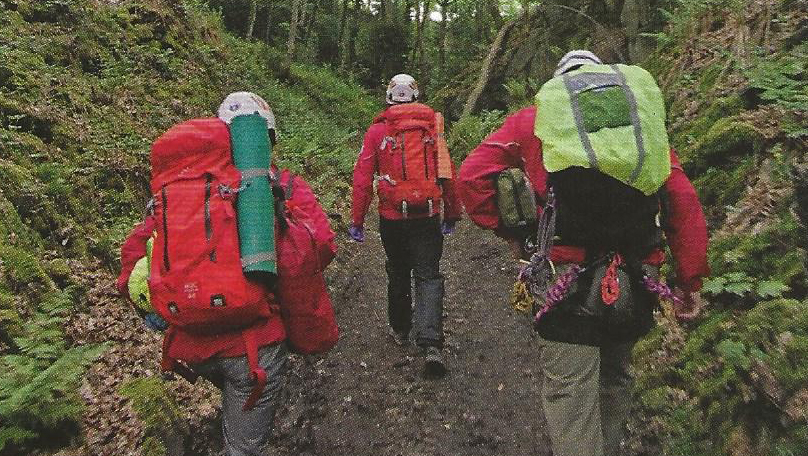 “We’ve got climbers, walkers, a couple of paramedics, some doctors and some medical professionals on the team. But by and large it’s people who love the great outdoors.

“I see it as my sort of social service, a way of putting something back into the community that I live in. We’ve got people with a wide range of skills, which is very useful.

“We genuinely believe in the cause and we all feel that any one of us could need that service at any time because accidents can and do happen. It’s nice to know you’ve got that comfort blanket out there. I know that better than most after the experience that I had.”

So what about those people who aren’t properly prepared when they go out walking or climbing? Pat says it’s not the team’s job to judge anyone.

“I’m not going to cancel a callout just because I disagree with the way the accident happened. It’s very important that we remain totally impartial and non-judgemental. Of course we all have our own opinions and crazy things do happen and will continue to happen. We will respond to them as best we can.”

“In the winter we find ourselves doing a lot of work that we wouldn’t normally do, like when it’s snowing driving community nurses so that they can get out and do their rounds.”

It costs £30-40,000 a year to keep Derby Mountain Rescue Team going and the charity relies entirely on donations from the public. But there’s been a dramatic decrease in the amount of income that the organisation has received because of the pandemic.

However, Derby Mountain Rescue Team has a tie-in with Ford which has provided two Ranger 4x4s which have proved essential.

“We need 4×4 capability to operate. In the winter we find ourselves doing a lot of work that we wouldn’t normally do, like when it’s snowing driving community nurses so that they can get out and do their rounds.

“Sometimes we get involved in rescuing people who’ve been caught up in blizzards. The odd river crossing in the Peak District can be distinctly boggy and slippery when it’s wet.”

Derby Mountain Rescue Team had a record number of callouts, 69, in 2020. That’s an increase of nearly 40% on the previous year. Pat believes the number will again go up in 2021 because of Covid. 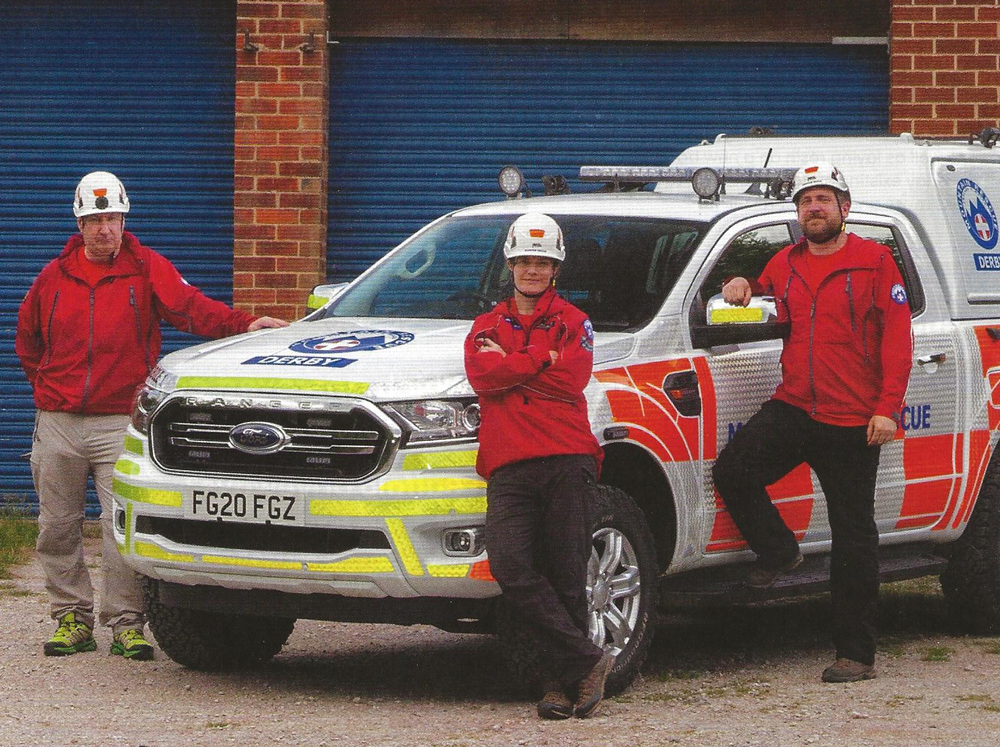 “After the easing of lockdown, I think for quite understandable reasons a lot of people needed to get out to clear their heads and the great outdoors was a very attractive proposition.

“We’ve got the beautiful Peak District National Park on our doorstep, so it was an obvious place for people to go just to regain some sanity and feel the fresh air on their face again. I suspect the same thing is probably about to happen again.”

The team doesn’t only deal with emergencies in Derbyshire – members have been called in to help with national disasters including the Kegworth air crash and the floods in Carlisle caused by Storm Desmond in 2015.

“Inevitably that will put a strain on us because flood relief isn’t like a quick rescue, pulling someone off Black Rocks because they’ve twisted an ankle. That’s more a long-term commitment where people may have to go away for a week or more.”

When Derby Mountain Rescue Team starts fundraising in earnest, as well as running costs it will aim to secure around £300,000 towards its new headquarters. Its current home in Duffield is prone to flooding, so the charity is hoping to move to a new place on the A52 at Mackworth.

“all the time we’ve been getting some great inquiries from members of the public wishing to join.”

“We’ve got the ground and we’ve got the planning permission, so we’re pretty upbeat about it,” says Pat.

Anyone interested in getting involved with Derby Mountain Rescue Team can do so either as a volunteer or a supporter through the organisation’s website.

“Unfortunately another impact of Covid was to put a moratorium on recruiting, so there hasn’t been any movement in that direction for about 18 months. As lockdown eases, that will be an area we’ve got to kick-start.

“But all the time we’ve been getting some great inquiries from members of the public wishing to join, wishing to get a little bit more information. Sadly we’ve had to say you’ll have to wait a while until recruiting starts again.”

The term unsung hero is frequently bandied about and in some respects has lost much of its meaning. But no one appreciates the work of Derby Mountain Rescue Team more than Pat.

“The public might see us as just another emergency service. But when I had my accident I absolutely saw the mountain rescue team as unsung heroes, there’s absolutely no question about that.”