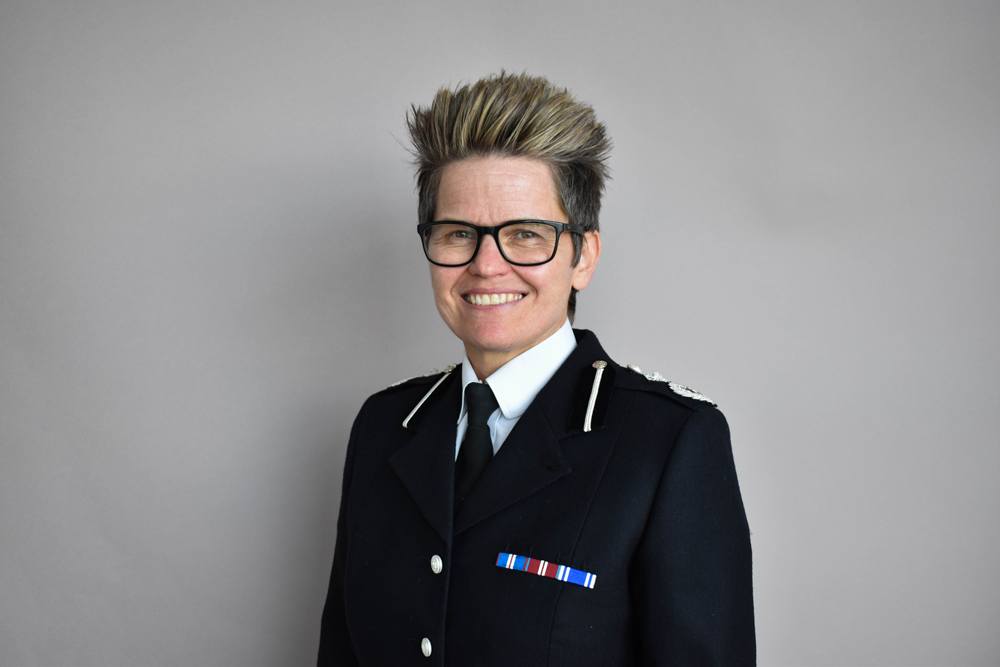 It’s a situation only a select number of people have experienced: waiting for the Prime Minister to ring. The circumstances in which Rachel Swann was preparing to address Boris Johnson were certainly unusual: she was responsible for the largest peace-time evacuation of civilians in the UK in the hope of averting an unparalleled disaster.

At the time Mrs Swann was Derbyshire Police’s deputy chief constable and in charge of the operation to move 1,600 people from Whaley Bridge after the dam at Toddbrook reservoir began to collapse.

As part of her duties she had to brief the Cabinet, chaired by a government minister, at daily COBRA meetings – a committee that takes action in national emergencies.

“It was an odd moment waiting for the PM to ring you on your mobile,” says Mrs Swann. “The PM called me on the Friday morning – the day after it all happened, offering his support and asking me what we needed.

“The COBRA meetings were very helpful in terms of making sure our response was joined up and in helping ensure we had military support. I have to say the military were brilliant throughout, as you’d expect.”

“The incident (at Toddbrook reservoir) helped me to demonstrate my leadership in a crisis.”

Mrs Swann is now the Chief Constable and the first woman to hold the position in Derbyshire.

In August 2019, the media around the world reported how she managed more than 2,000 people including fire and rescue workers, the armed forces, the county council’s emergency planners, ambulance staff and flood rescue teams as a catastrophe was avoided. But she points out that the collapse of the reservoir wasn’t a question in her interview.

“What I would say is that the incident helped me to demonstrate my leadership in a crisis. It very quickly meant I built up good partnership relationships in a short period of time.

“As a force we saw just what we could do in a crisis and there were many individual acts of bravery and commitment to keep people safe.

“This was a large operation and the lessons learned have been extensive. This has been extremely helpful in how we’re dealing with the Covid-19 challenge.” 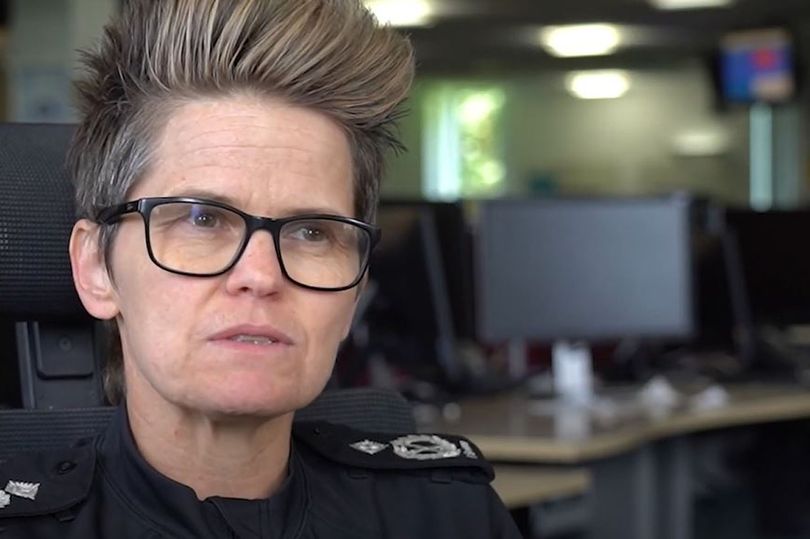 While she was widely praised for her handling of the rescue operation, others took a different view: she was targeted on social media with misogynistic and homophobic slurs, mainly because of her hair. She has a quiff which is spiked up and dyed blonde.

At the time she said what really hurt was the people who said she had no standards and was letting policing down.

But a number of people defended her, including Councillor Barry Lewis, the leader of the county council, who said: “Be under no doubt: she saved a valley. That’s what’s important.”

It led to her taking a break from Twitter. But Mrs Swann points out that social media has many positive aspects.

“It enables you to reach many people that you wouldn’t do normally, on a much more regular basis. It allows our teams to tell people what we’re doing about local issues which is really important.

“It was a surprise to me just how many negative comments I had.”

“We also found in Whaley Bridge it was invaluable: we used the police account as the one source of accurate information and could effectively deal with rumour and speculation before they caused unnecessary fear.

“But it does have a downside as people ignore normal, polite rules of conversation and use it to criticise in a very unrestrained way.

“It was a surprise to me just how many negative comments I had and how much momentum it gained. But I’m more prepared for that now and make sure I minimise my exposure to it.”

She also realises how digital technology is “critical” in making the force more adaptable to change, working more efficiently and tackling criminals.

“We know that fraud and other offences are moving online and there’s a concentrated focus in forces across the country to disrupt, detect and pursue those responsible – and to help protect people in their online lives.” 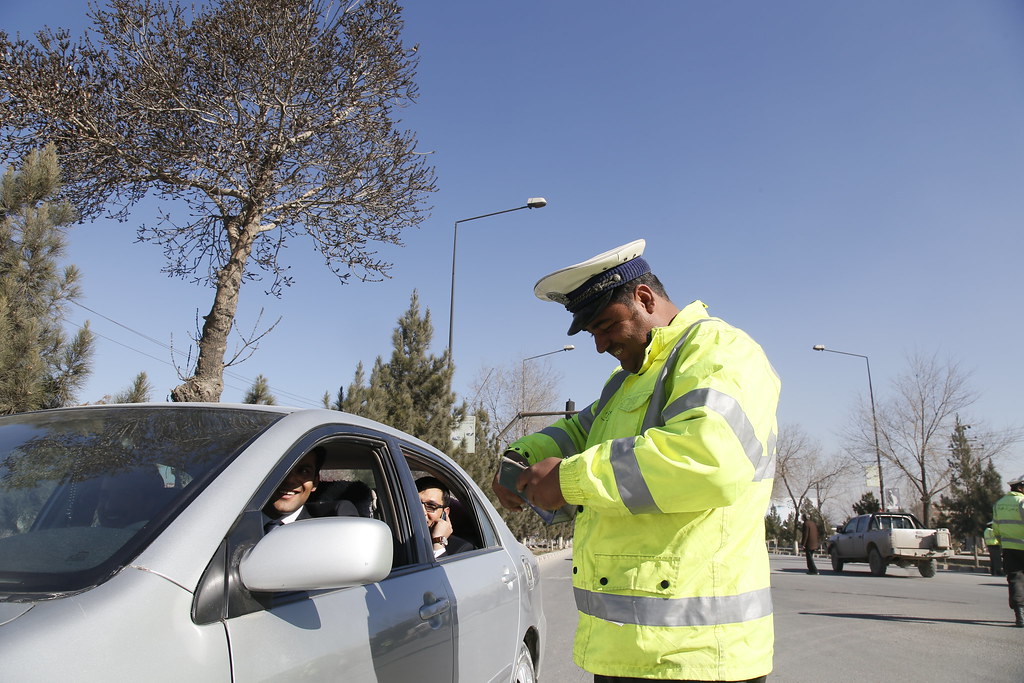 Rachel Swann is 49 and was born in Cornwall. She did not consider the police as a career after a police officer went to her secondary school and put her off because he said she was too small.

After graduating at Loughborough University she worked in a gym. A friend said she was applying to join the police and Mrs Swann learned that the height limit was no longer in existence.

She thought she might give policing a go “as it appeared to be a good, interesting career with lots of opportunities”.

She was still living in Leicestershire, so she joined that county’s force on its graduate entry course as a PC in August 1994. She stayed there for 20 years and looks back on it as an enjoyable time.

“I’ve benefited from quite a diverse career and worked in both the rural and urban parts of the county. I’ve also worked with some really fantastic people, which makes all the difference.

“It’s really important to me that we deliver a good service consistently, one which our communities trust.”

“I really enjoyed being head of specialist operations – I was responsible for roads policing, dogs, firearms, public order, etc. That was the role I really wanted and I was fortunate enough to get it in 2010.”

Her proudest moments were working with Team GB’s Olympic training camp at Loughborough University and being involved in the Queen’s visit to Leicester as part of her Jubilee celebrations, both in 2012.

She arrived in Derbyshire in February 2019 as deputy chief and in August 2020, after 26 years’ service, she landed the top job.

Mrs Swann has a number of priorities: “It’s really important to me that we deliver a good service consistently, one which our communities trust.” Other prime concerns are to “fight crime, proactively bringing offenders to justice” and to “protect vulnerable people from harm. Doing this well, consistently and being responsive to our communities and their concerns is where I’m focusing our efforts.” 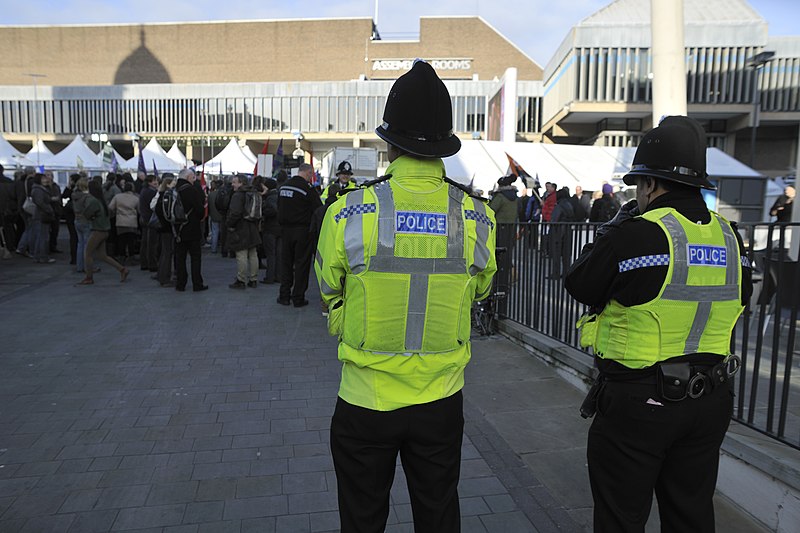 Mrs Swann is proud to be the first female chief constable in Derbyshire and hopes her appointment will inspire other young women to follow in her footsteps.

“We know that having role models in senior positions does matter to people. I recently did a retirement interview with a member of staff who many years ago had been an officer, one of our first females to work on shift and not in the women’s department.

“She told me how hard it was and the challenges she had then. I thanked her because her commitment and resilience made it easier for others to join.

“I know there’s a responsibility for me to ensure I make Derbyshire a force that’s a place where everyone is welcome and everyone can work, and have equal access and opportunities within the force regardless of who you are, what your background is or any other difference you might bring.”

“It’s not just police officers – we have fantastic police staff who make up this visible presence and make a real difference to local communities.”

Policing has undoubtedly changed since Mrs Swann started her career and many people rue the disappearance of the bobby on the beat. Forces usually put this down to funding cuts imposed by the government. But the fact that the public can see officers doing their job is really important to Mrs Swann.

“Our visibility and our responsiveness to local issues really matters to people. It matters to me too. We’ve invested in safer neighbourhood teams (small groups of police officers dedicated to policing a particular community or area) over the past couple of years and I really want to make sure we make the most of them.

“It’s not just police officers – we have fantastic police staff who make up this visible presence and make a real difference to local communities.”

She has a simple ambition: “to deliver a consistently good and trusted policing service to the communities of Derbyshire”. Everyone in the county, especially those who were appalled at the treatment she received on social media last year, will be willing her to succeed in her new position.