Why comedy greats are grateful to Terry Ravenscroft 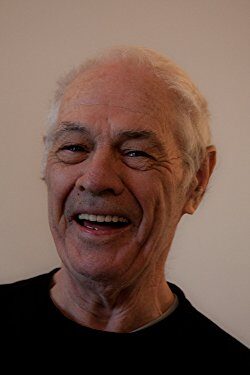 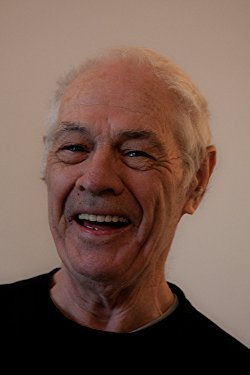 Les Dawson, the Two Ronnies, Morecambe and Wise, Ken Dodd, Roy Hudd: arguably the greatest comedy talent this country has produced. And all of them were grateful to a Derbyshire writer who penned some of their finest, funniest material.

Terry Ravenscroft is the sort of person you can’t help but like. You can get to know what to expect simply by reading his biography which states: “The day after Terry threw in his mundane factory job to become a television comedy scriptwriter he was involved in a car accident which left him unable to turn his head. Since then he has never looked back.”

And how can you not have a soft spot for someone with Terry’s pedigree who claims in his unmistakeable Derbyshire accent: “I don’t think I could write a ‘joke’ to save me life!”

This was the man who was on holiday in Blackpool, saw Ken Dodd on stage, thought “I can write gags like that” and sent the legendary Liverpudlian a couple of pages’ worth. Doddy liked them and encouraged Terry to write more.

“And then he started paying me. I like being paid. So I looked to spread my wings a bit and started sending in news items to the Two Ronnies which they used to top and tail the shows.

“I got a few of them on and the script editor asked me if I’d like to write a sketch on spec. So I wrote a couple and they used one of them. Then they commissioned sketches from me and it went on from there.”

At the time Terry was working for a paper company that made tissues. But that didn’t last long.

“That’s the thing about working on a production line: they’ve got your body but they haven’t got your mind. I’d got plenty of time to do it.”

“I grew up with women like that. They used to stand outside on the front step and criticise all the neighbours.”

Peter Whitmore, the producer of the Two Ronnies, got to know Terry’s work. When Les Dawson left Yorkshire TV to go to the BBC, Whitmore put Terry’s name forward as one of the new writers on Les’s show.

“I finished up being the sole writer because Les’s style of comedy and mine melded together – we both come from similar backgrounds. I did about five or six series with Les.”

He feels the best part was writing the Cissie and Ada sketches featuring the big bosomed, gossiping, judgemental characters played by Dawson and Roy Barraclough.

“I grew up with women like that,” says Terry. “They used to stand outside on the front step and criticise all the neighbours. I enjoyed doing that. It was hard work but pleasurable.”

Terry Ravenscroft was born on 9th March, 1938 in New Mills. He was called up for National Service in his late teens and there met the inspiration for one of the characters in his latest novel. More on that later.

Once his scriptwriting career took off he built a reputation for producing excellent material – and on time to meet strict deadlines.

So who was the best comedian he wrote for?

“You’re asking me to judge now!” he laughs before thinking carefully about his response.

“Les was up there, along with the Two Ronnies – you wouldn’t call them comedians, they were comedy actors, especially Ronnie Barker. I did a few sketches for Morecambe and Wise when (their scriptwriter) Eddie Braben was ill; they were very funny, of course.

“I did a lot for Roy Hudd. I used to write the News Huddlines with Andy Hamilton and Laurie Rowley and I did two or three series of that. Roy was a very funny man, very genuine, nicest comic I ever worked for – I’m not saying the others weren’t but he was very good.”

The success of the News Huddlines led to Terry getting his own radio series, Star Terk (sic) II, a parody of the sci-fi programme, which was broadcast on Radio 4 in the 1980s.

“Comedy was changing at that time. There were fewer sketch shows and I was chasing work.”

Then he wrote on spec an episode of Terry and June, the sitcom featuring Terry Scott and June Whitfield. That was accepted and led to more commissions.

The world of comedy was shaken when Ronnie Barker retired, followed in the early 1990s by the deaths of both Les Dawson and Terry Scott. “Ninety per cent of my income went,” says Terry in a matter-of-fact way.

“I wasn’t unduly concerned because I’d written for other people as well. But comedy was changing at that time. There were fewer sketch shows and I was chasing work.”

He’d written a couple of books and decided that was where he would concentrate his efforts. After a while he stopped scriptwriting altogether.

“I don’t think I’ve written a TV or radio script for 20 years. Now I bring a book out every year. I adapted.

“I find writing books much more pleasurable because you haven’t got a deadline. You can take as long as you want. And the other good thing about it: if it doesn’t perform as well as you think it might, it’s your fault – nobody else’s. You can write the best sketch in the world and if it’s not performed right it won’t be very funny.” 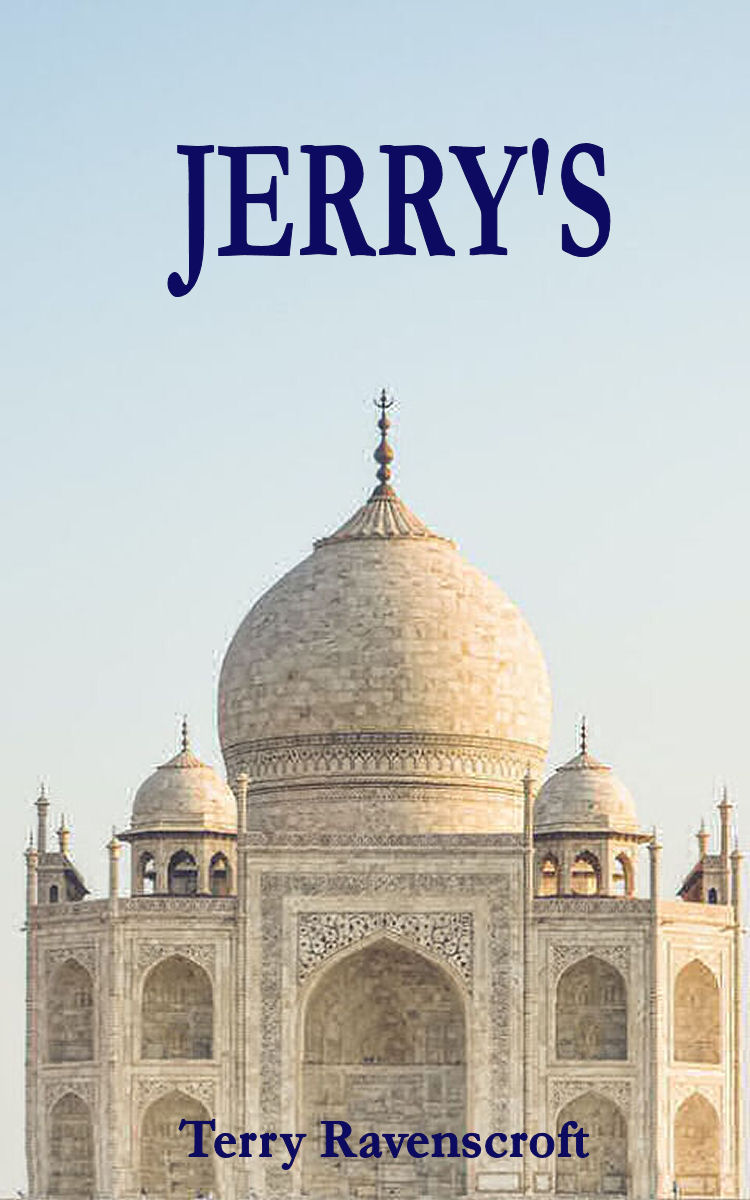 How did he get the idea for his latest novel, Jerry’s?

“I just got this crazy idea of wouldn’t it be funny if a downtrodden, seedy village which had got nothing going for it was suddenly given £3million to spend on a public convenience.”

In his will a multi-millionaire bequeaths funds to the West Yorkshire village of Throgley for the Sir Jerrold Wainwright Memorial Public Convenience, affectionately known as Jerry’s, which resembles the Taj Mahal.

Terry continues: “Then I thought ‘what would happen?’ It would become a tourist attraction because it’s a magnificent building. Tourists will start coming, trade in the village will pick up, new shops will open to sell goods to the tourists and everything will be fine.”

That’s until the officious, overbearing Sergeant Major Horn gets the job of commissionaire and threatens to ruin everything for the villagers.

“But they ruin it themselves – they kill the goose that lays the golden egg. They have everything going for them and just because they want to get rid of the man, everything disappears.”

“I don’t do toilet humour, I don’t find it funny.”

Horn is like some of the officers Terry met when he was in the Army. “He’s a typical army man. There are people like that – they just can’t get the Army out of their system.”

Although the book is about a public convenience, there’s nothing seedy about it: “I don’t do toilet humour, I don’t find it funny,” says Terry.

I really enjoyed the book, especially the goings-on at council meetings and the revelation of famous people allegedly buried in the graveyard at Throgley including Little Richard Bronte and Elvis Priestley.

Terry has written 20 books, with three of them making the top 10 of the Kindle best sellers list at the same time.

The first publication he wrote was a book of letters to airline companies, a customer relations nightmare called Dear Air 2000.

“All the letters are entirely true – I haven’t altered a word. I had it with various publishers who turned it down. 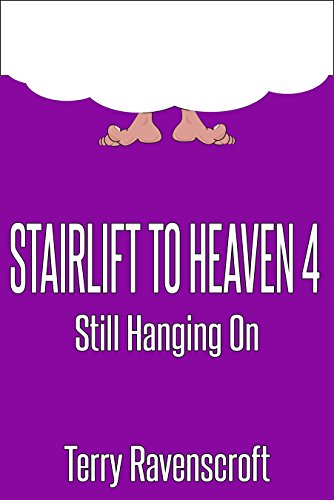 The fourth (and possibly last) volume of Terry’s autobiography

“One of the publishers wrote to me and said ‘this is the funniest book I’ve read in years’. He said ‘if you were Ben Elton I’d publish it tomorrow. But who’s Terry Ravenscroft?’

“I did get it published eventually but I self-publish now. It’s too much of a hassle dealing with big publishers. You get in the bookshops but you make very little money out of them.”

Terry’s list of books includes four volumes of his autobiography, Stairlift To Heaven, and books about football, cricket and golf. Readers have suggested that they ought to be turned into films but Terry doesn’t hold out much hope.

“Films nowadays – you’ve got to be zapping somebody with a gun from space. There aren’t many new films which don’t rely on special effects but that’s what the cinema-going public like.”

At the age of 82 Terry shows no signs of slowing down and is looking for something different for his next book.

“I don’t start anything until I’ve got a good idea. That’s half the battle. Writing it is the easy part for me. It’s having something sufficiently interesting to write about and something which I haven’t done before because you can very easily find yourself copying yourself.

“If you think for long enough, something will come.”

Anyone who’s read one of Terry’s books, particularly Amazon reviewers who look on him as a “comedy genius”, will be anticipating his next tome with as much relish as Les Dawson and Ken Dodd looked forward to receiving his scripts.

CHASING A DREAM IN PICTURES: THE EARLY ...

Chasing a Dream on sale at various ...