CHASING A DREAM IN PICTURES: CONSOLIDATION IN THE TOP DIVISION 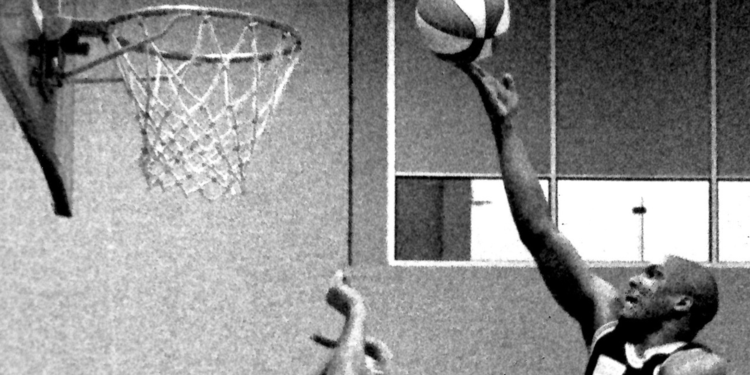 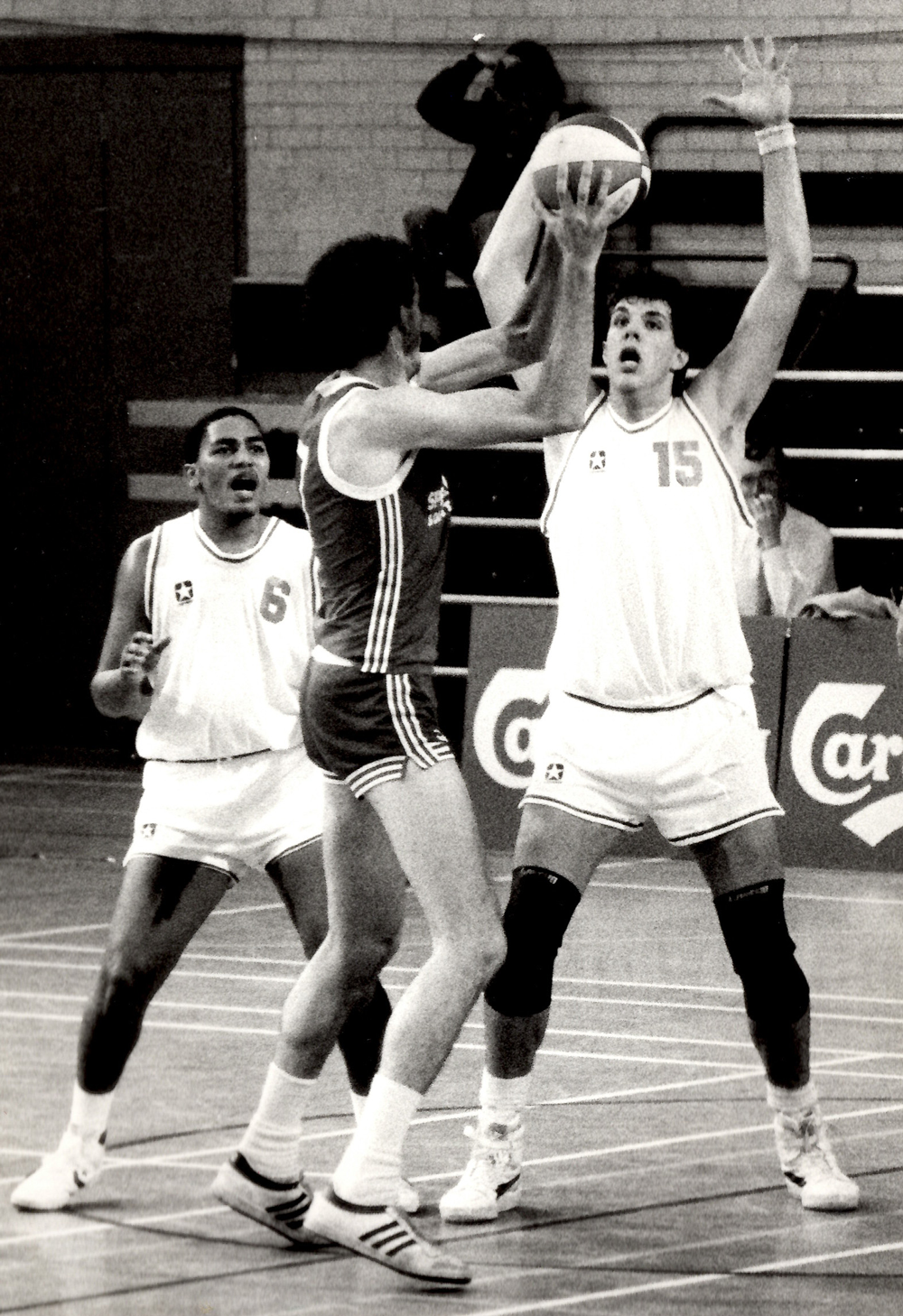 CHUCK EVERSON (right), one of the tallest men ever to play for Derby, and Kenny Chance (left); both were cut by the Rams after a bad start to the 1986-87 season

ED COE, a big favourite and an essential part of the team 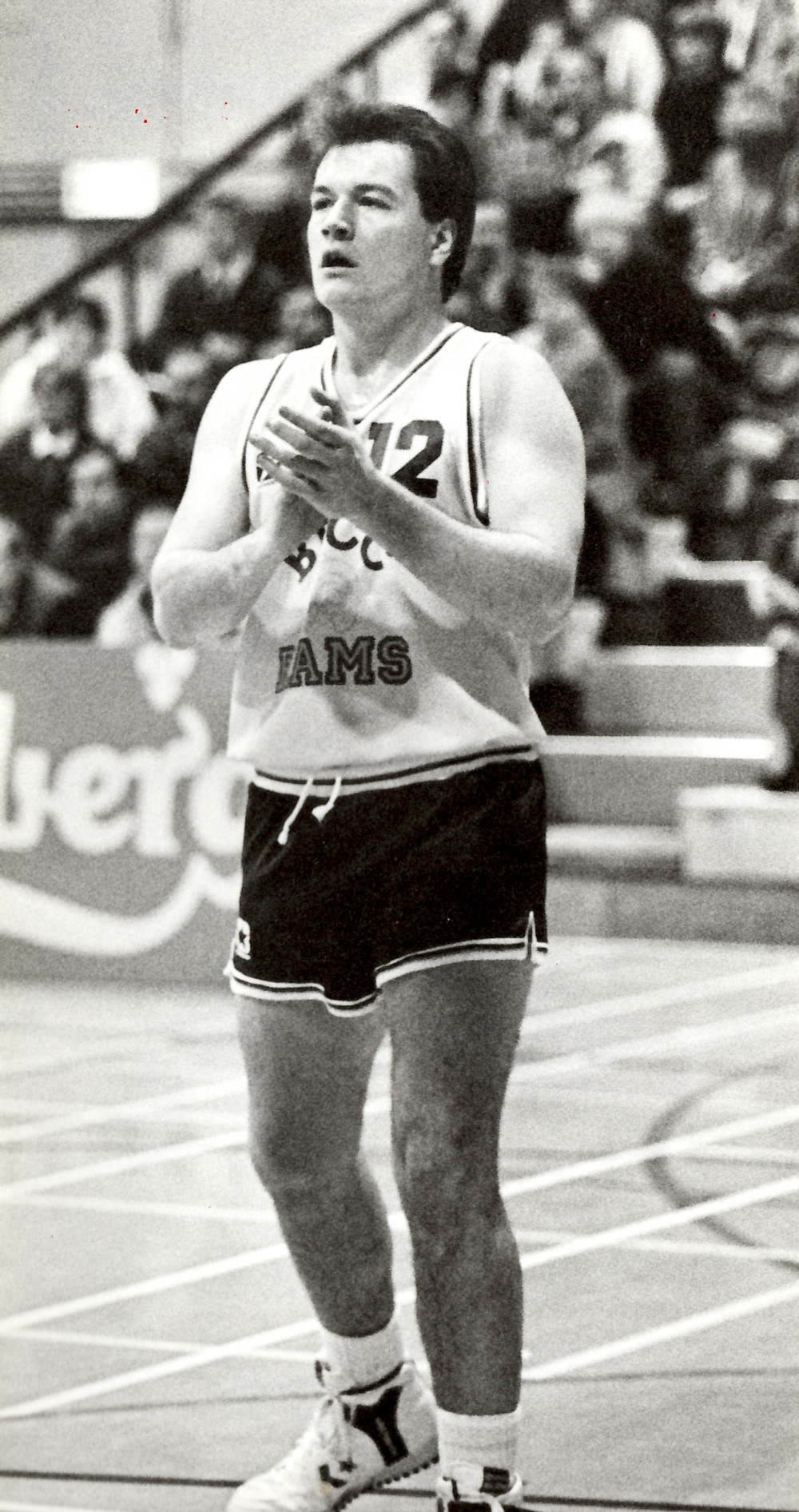 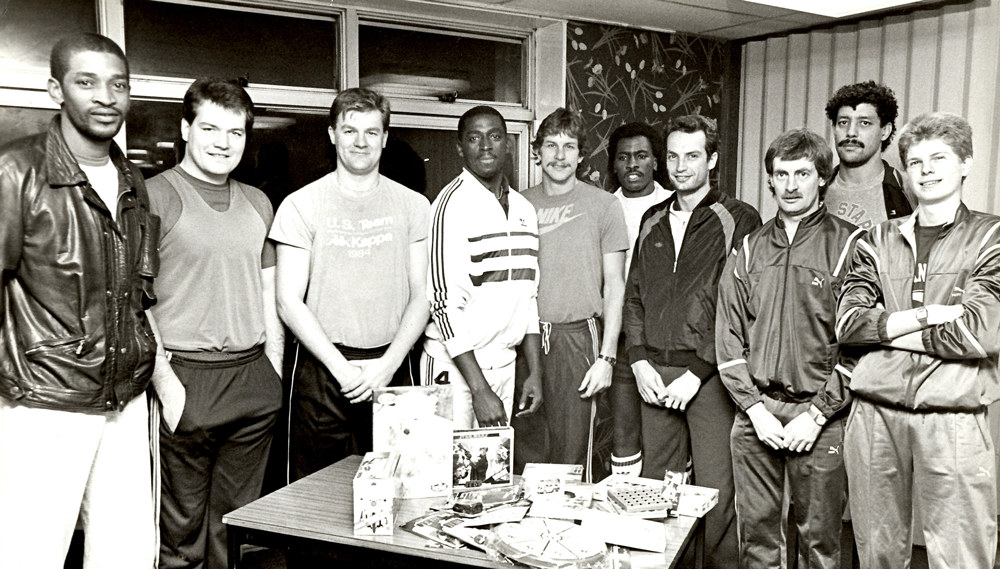 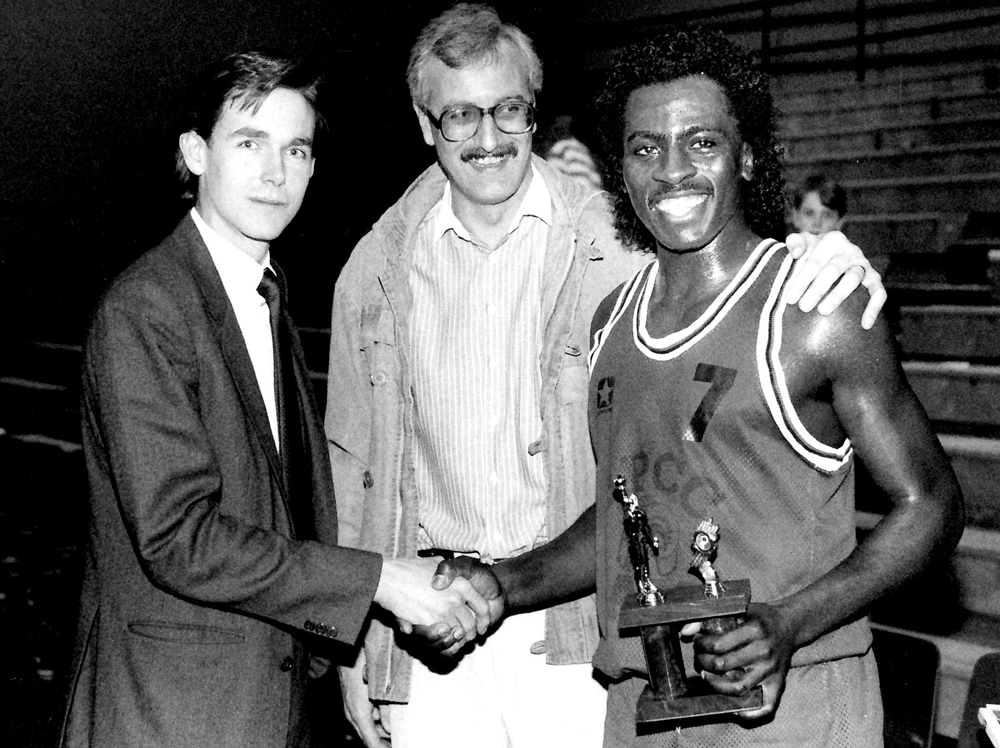 TIM LASCELLES’ improvement was recognised when he was awarded the Tidy Hire Player of the Year trophy. Colin Wright from Tidy Hire presented it to him while delighted caretaker coach George Waldram added his congratulations 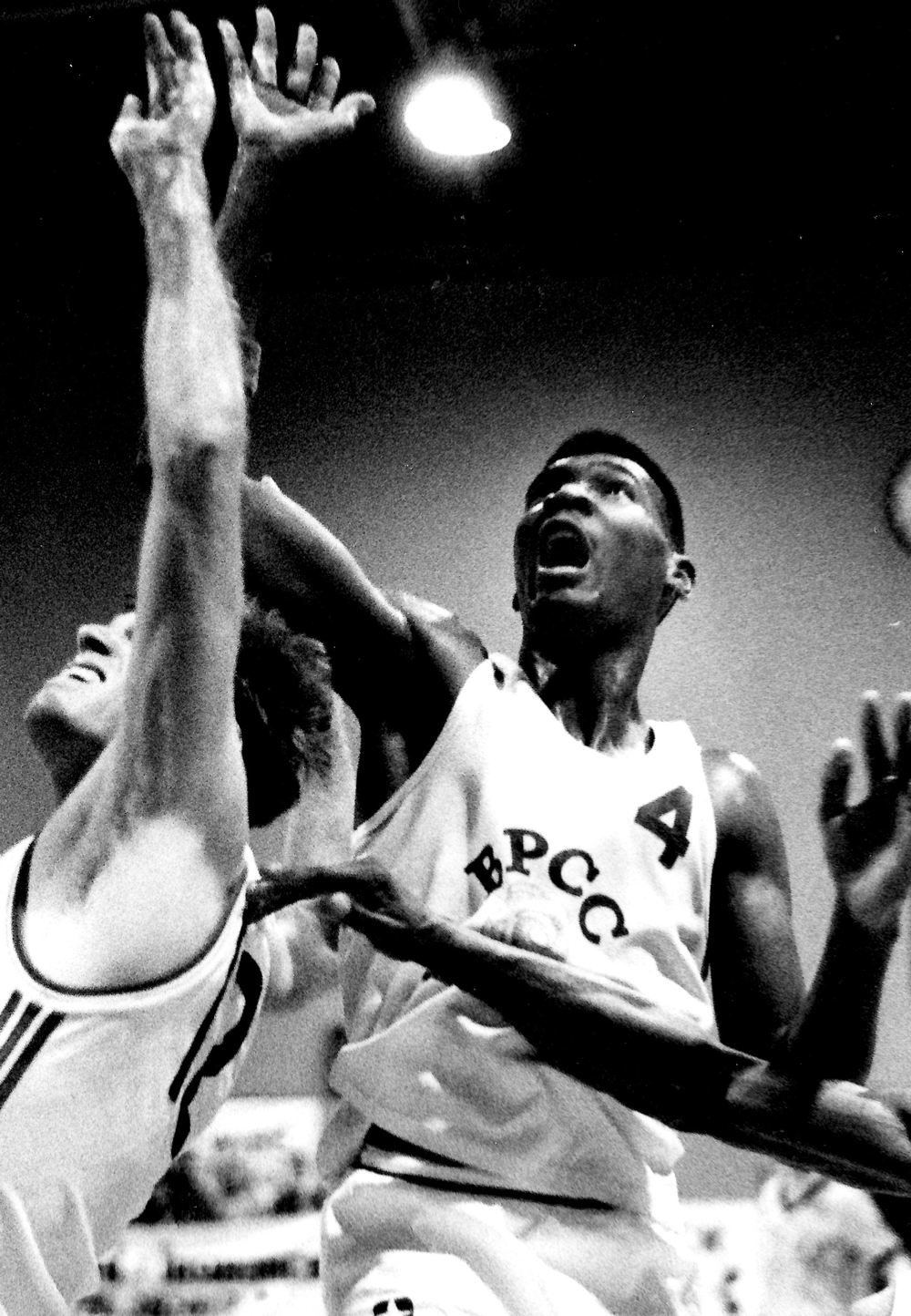 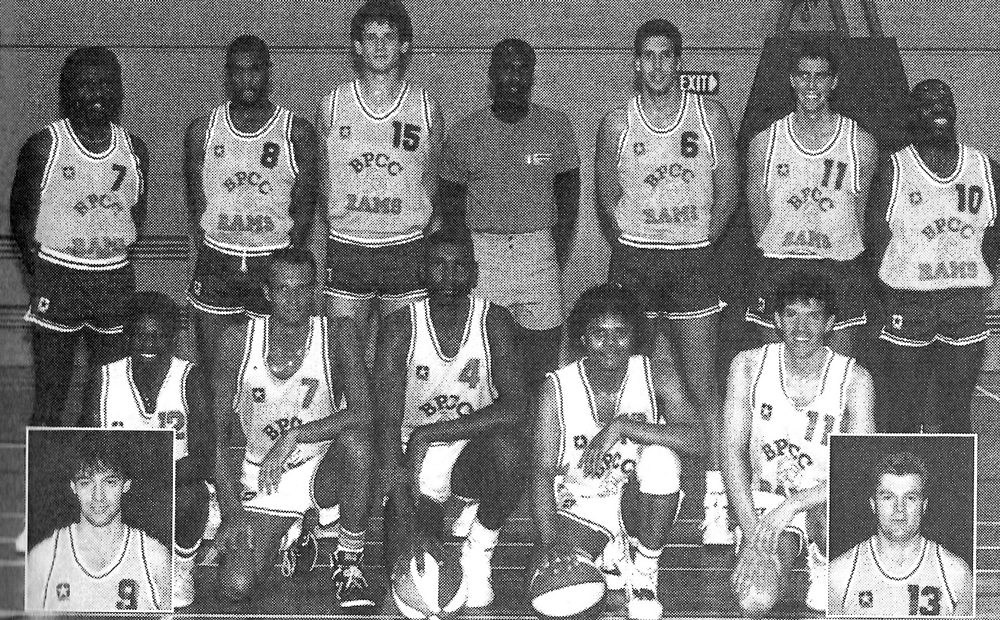 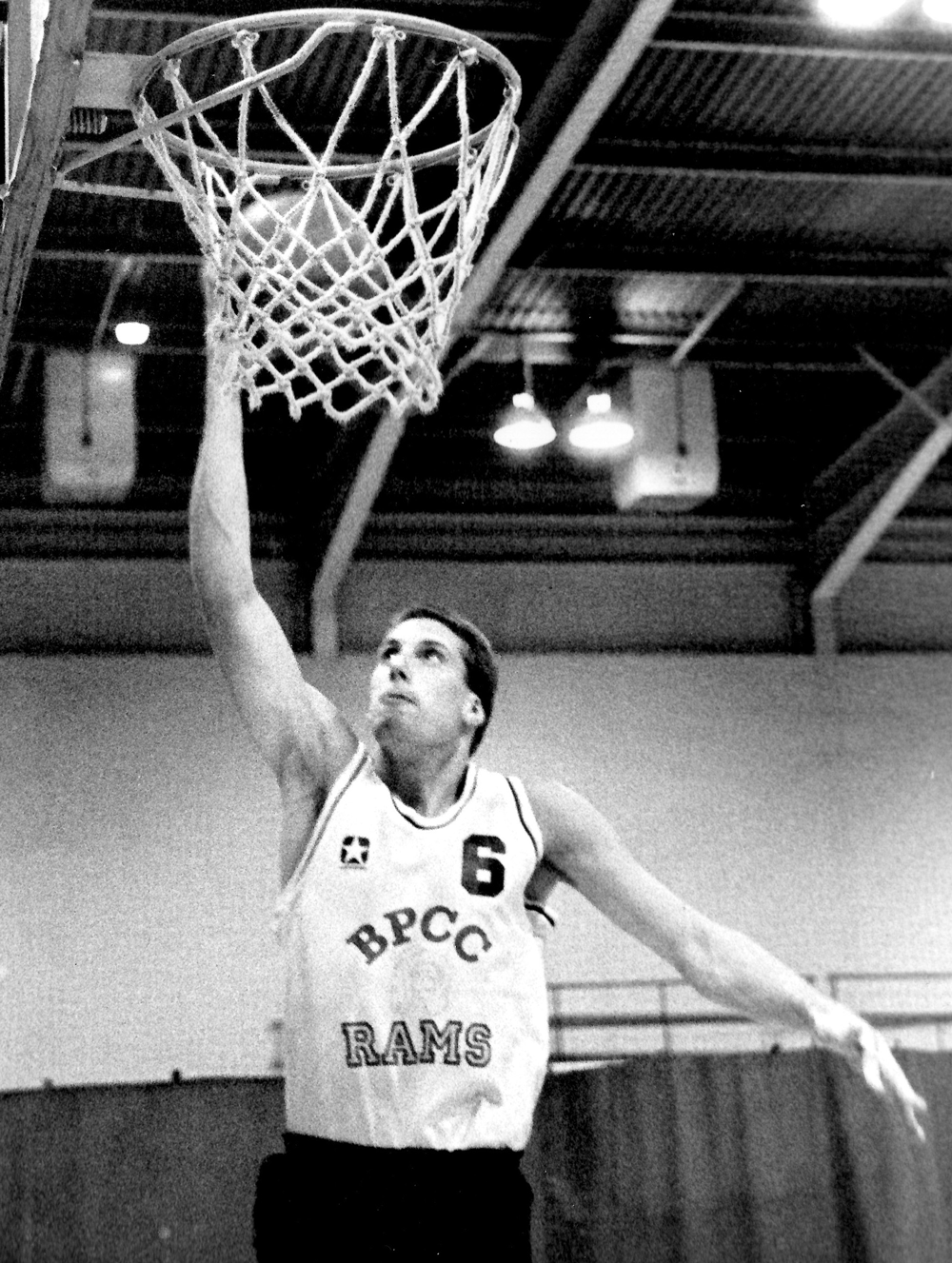 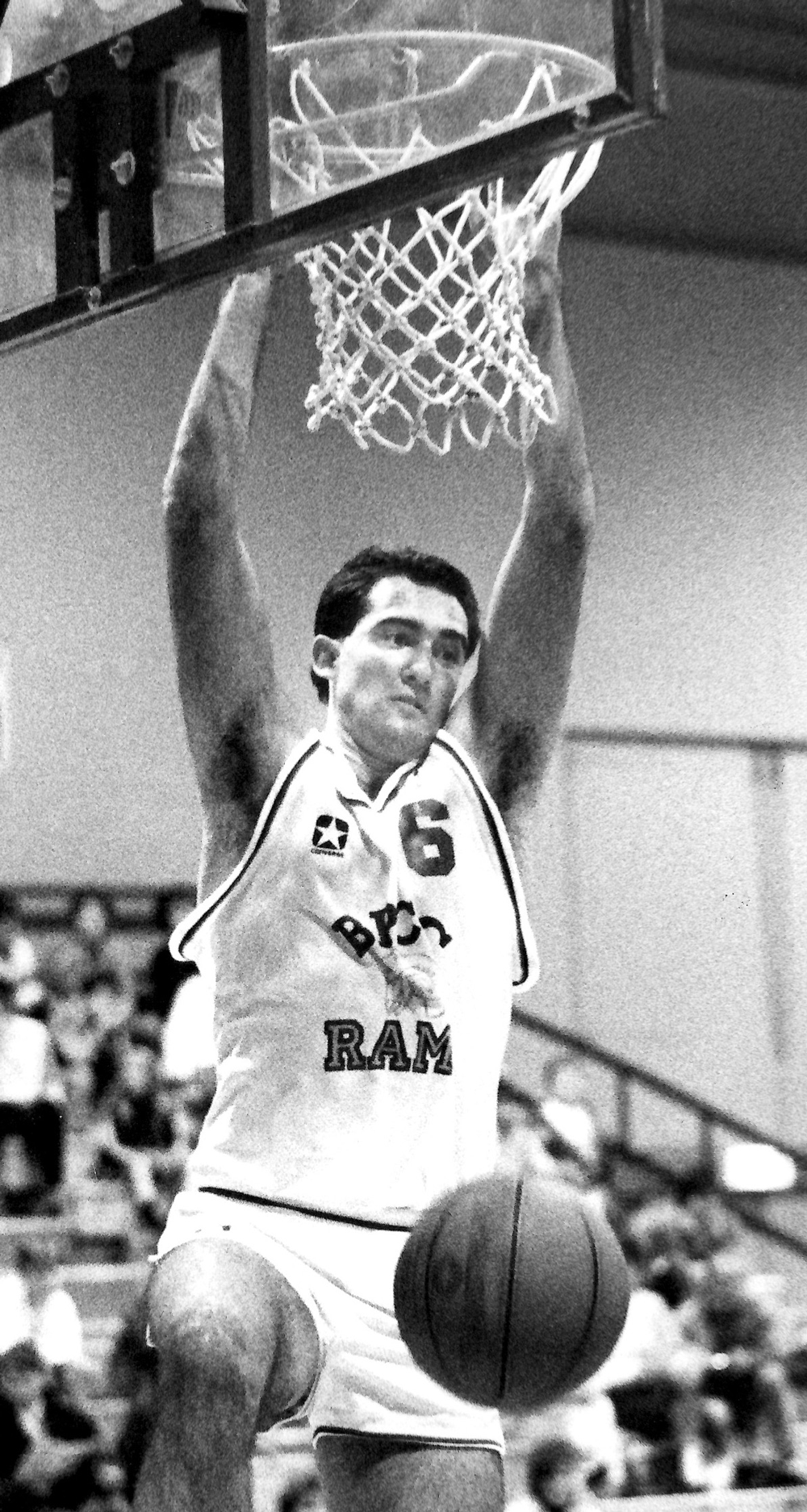 CARL CHRABASCZ, an excellent pick-up for the Rams when he replaced Rich Kunselman 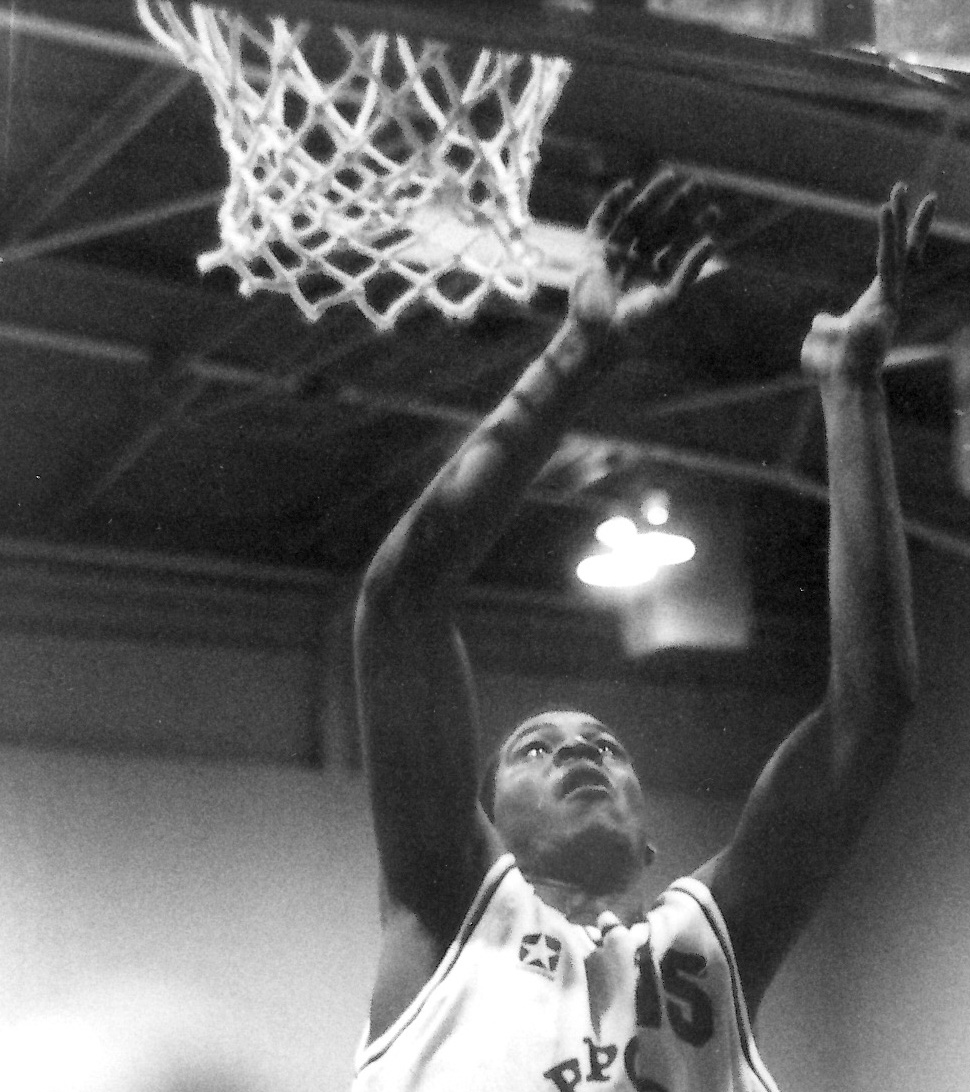 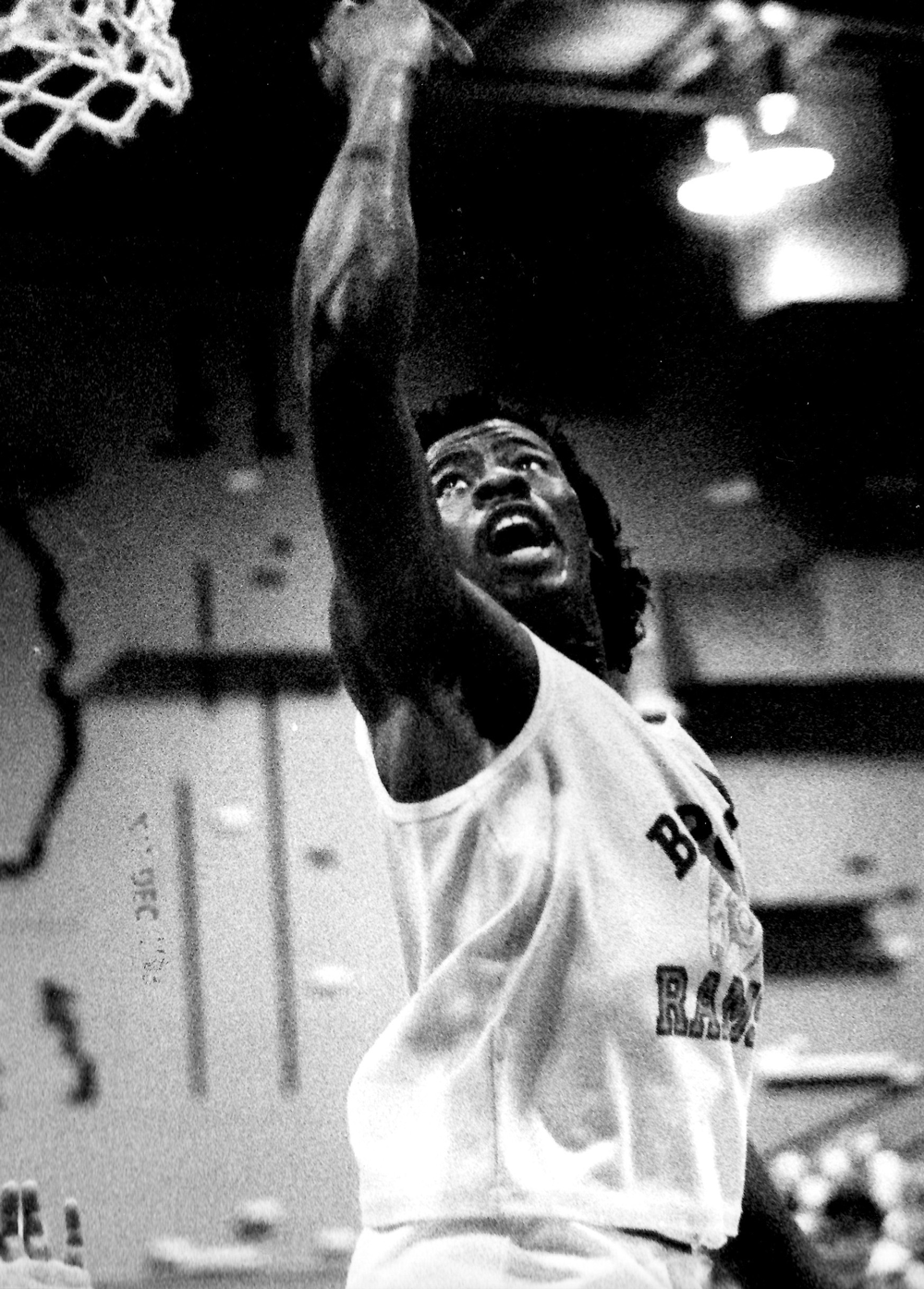 TIM LASCELLES, player of the year for the second successive season 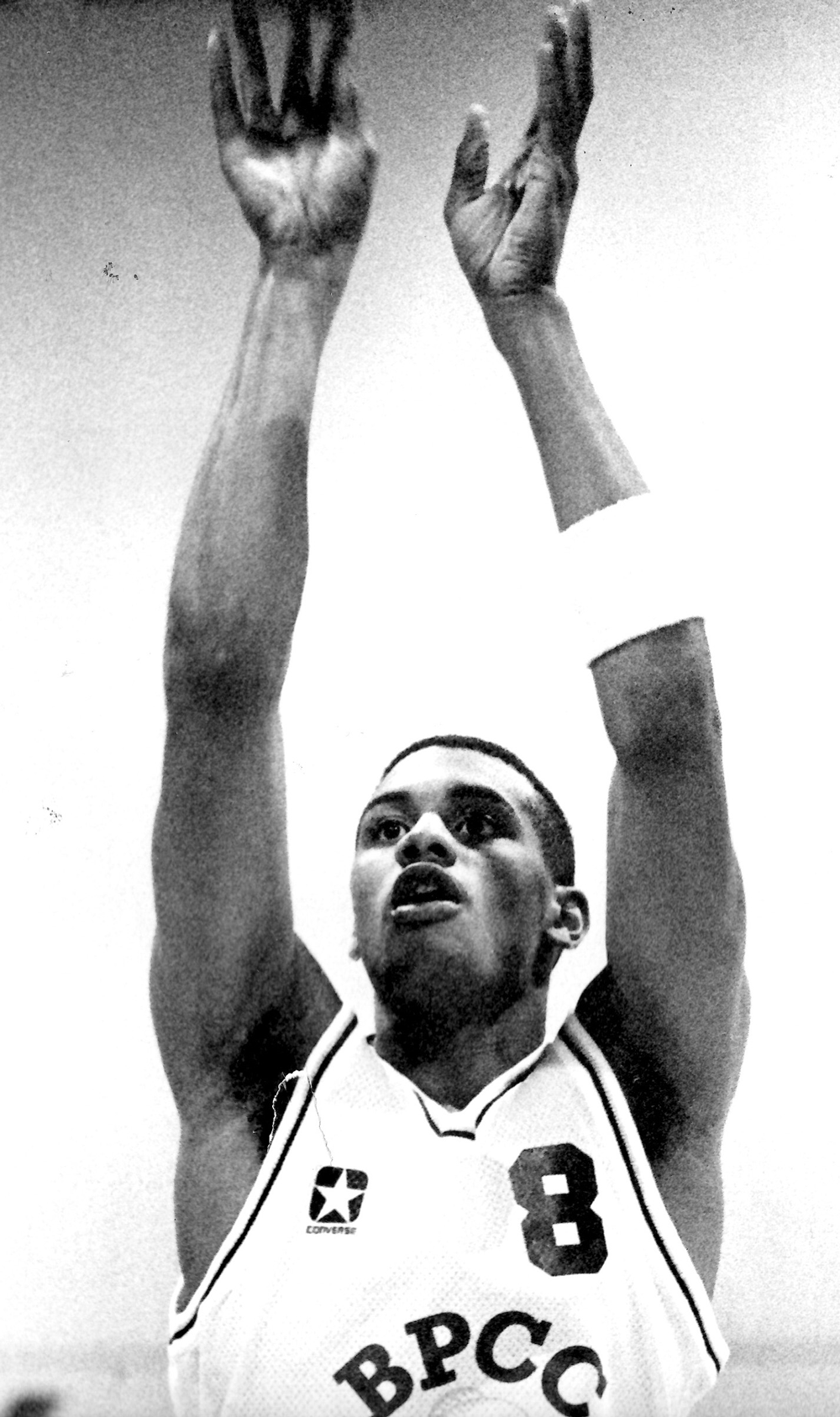 BRIAN HUMES, another American who suffered from what appeared to be an injury jinx at Derby. He averaged 19 points and 5.71 rebounds a game in seven league outings before going home 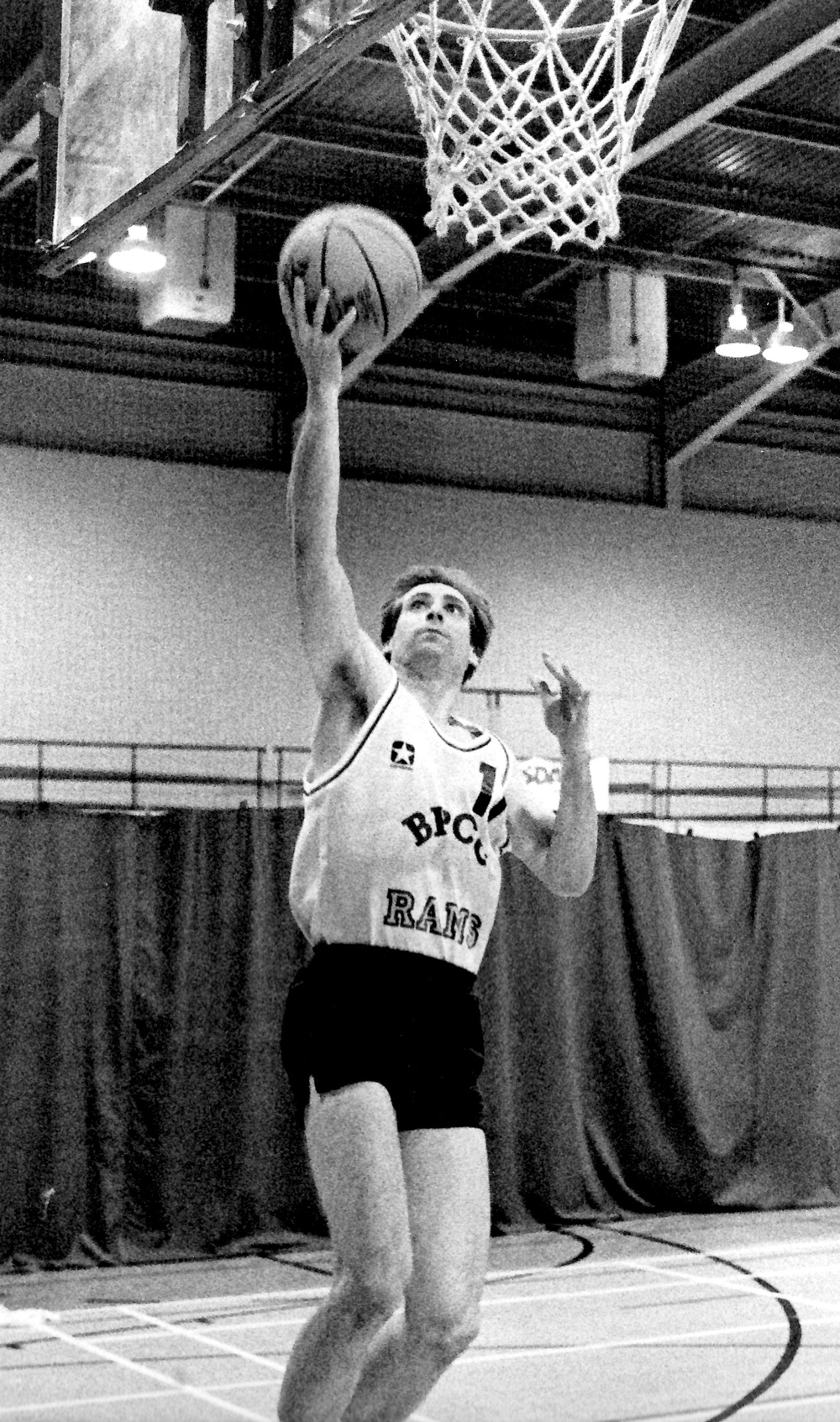 DUAL NATIONAL Jimmy Smith made little impression during four games with the Rams. He later resurfaced with Leicester 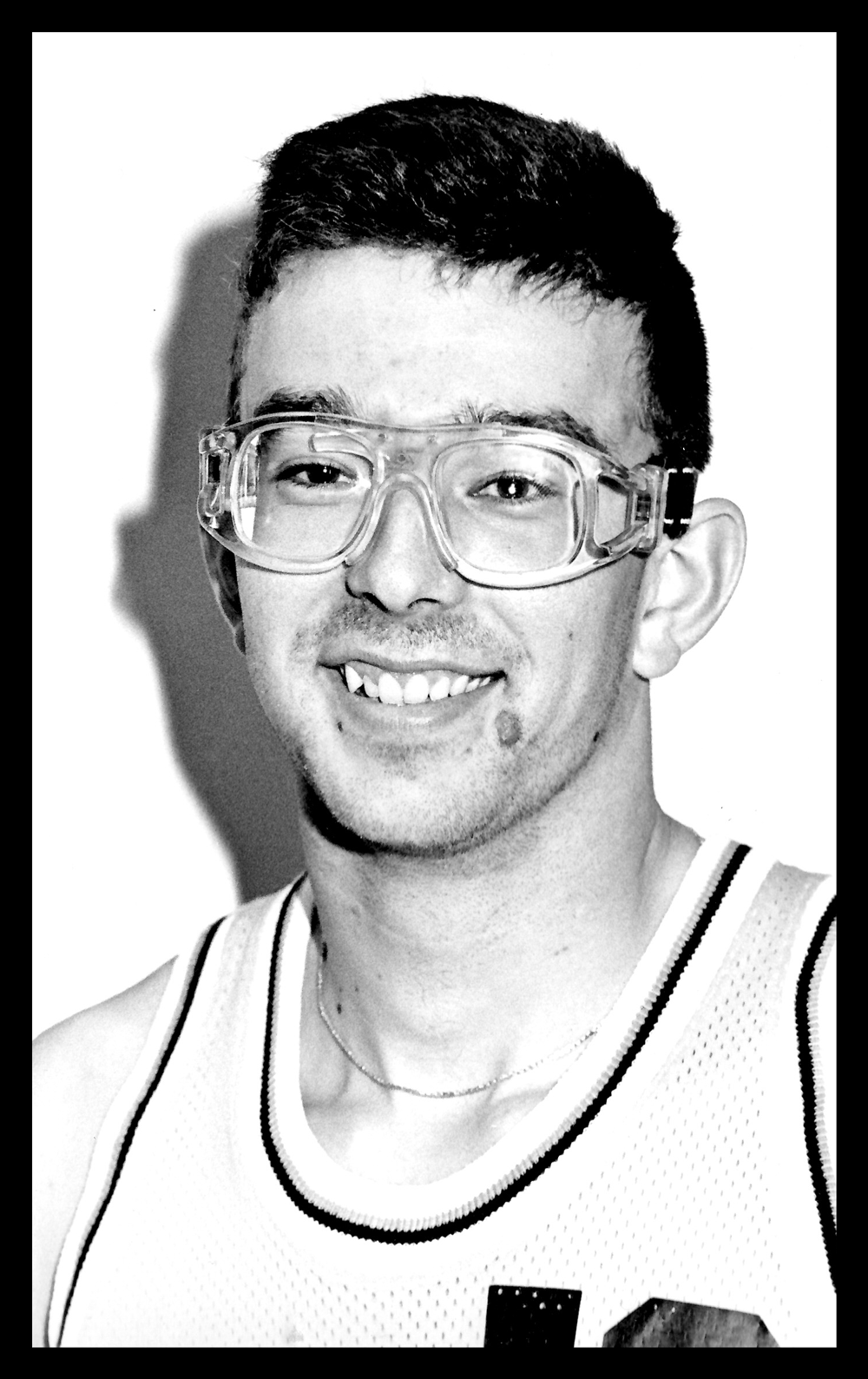 DAVE SPINDLEY, the former Kingston forward who was a popular figure in Derby 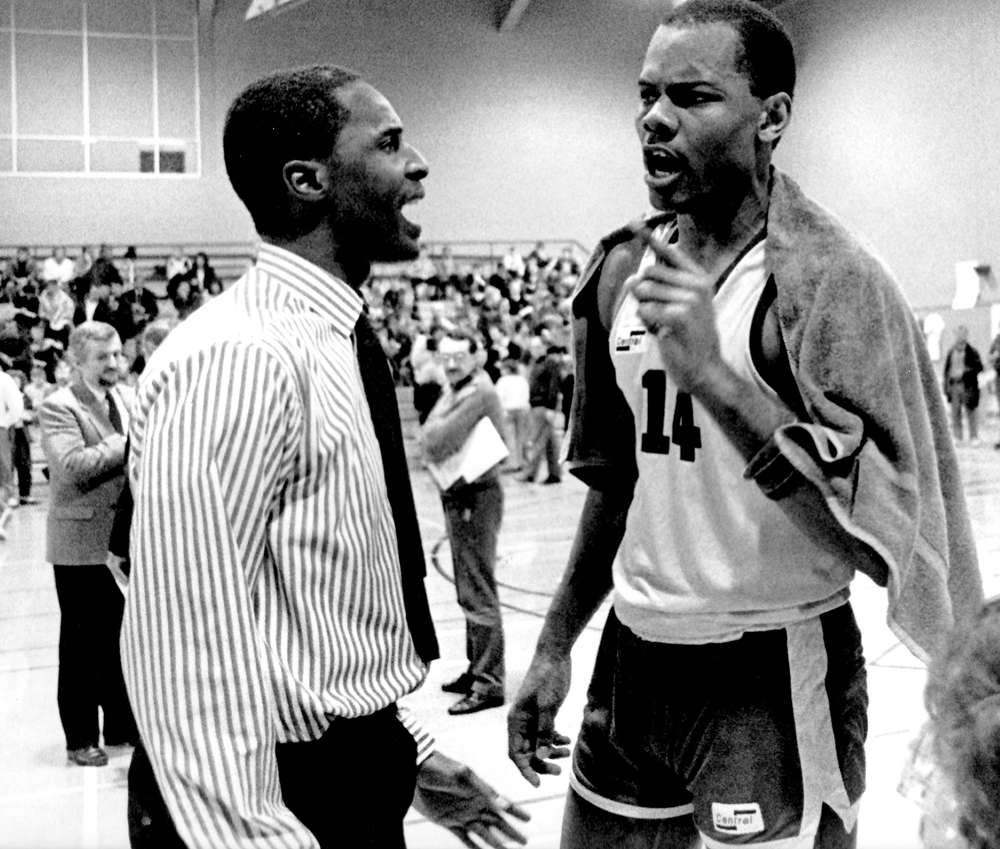 COACH Clarence Wiggins tries to calm down Mike Henderson at the end of the first half of the National Cup game against Hemel Royals at Moorways. His clash with Darryl Thomas was partly responsible for Hemel refusing to play the rest of the game

BACK AFTER five years, this time as player-coach: Ron Whitehead 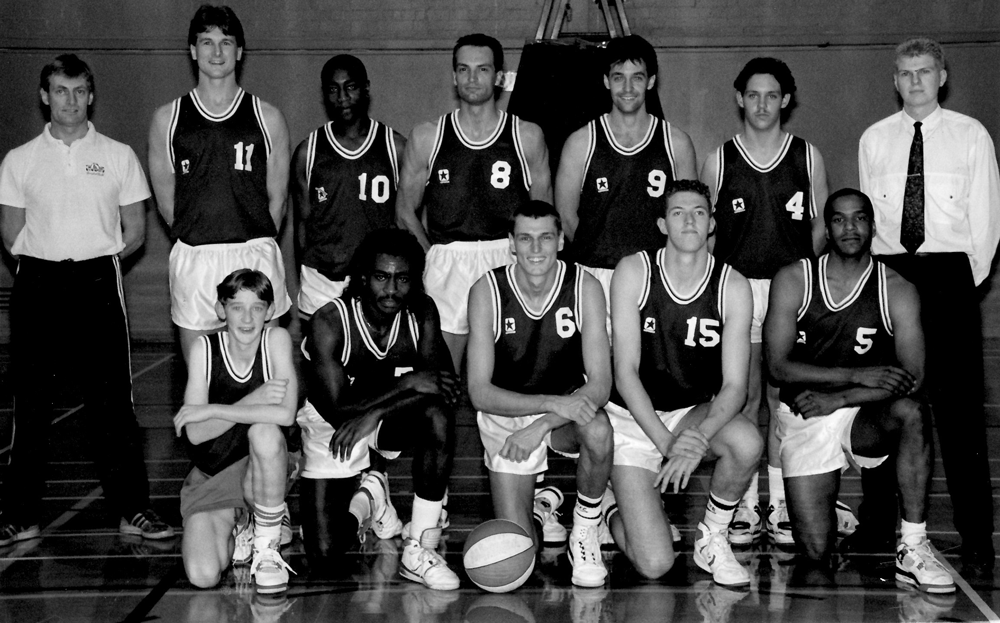 ERNEST LEE, arguably the greatest player ever to pull on a Derby uniform, drives to the hoop and three Solent players can’t prevent him from scoring 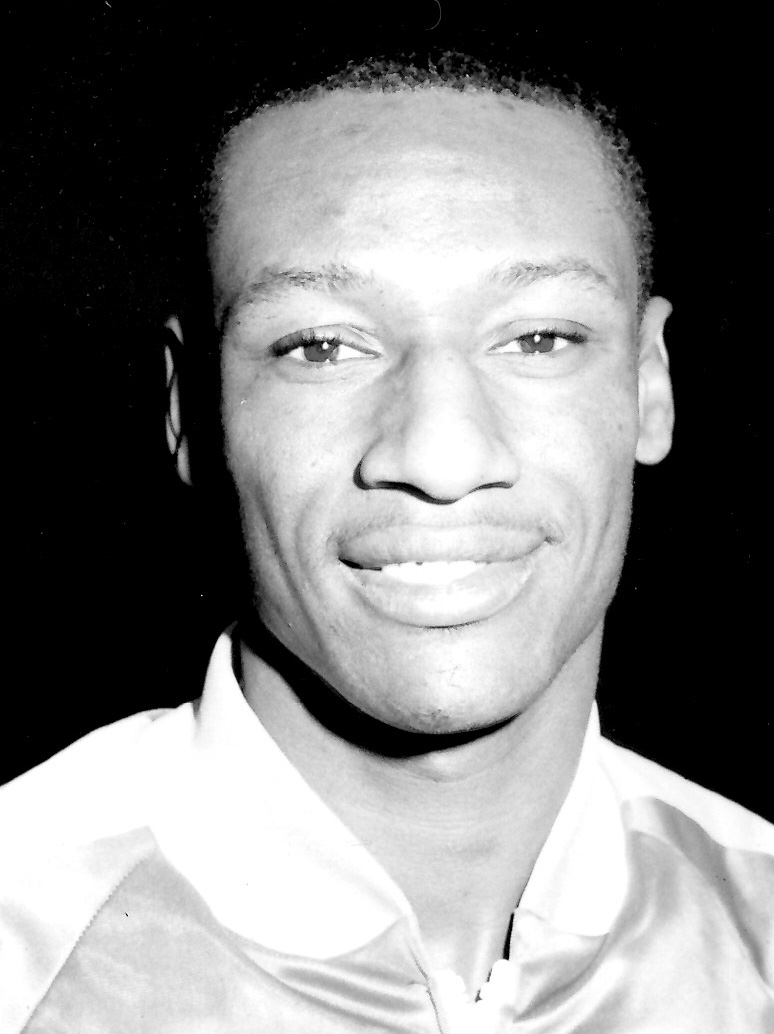 KENNY SCOTT, a player with an image problem before signing for Derby

TREVOR GORDON, Derby’s most expensive signing at £3,500 who lived up to his bad boy image and was sacked after a clash with player-coach Whitehead 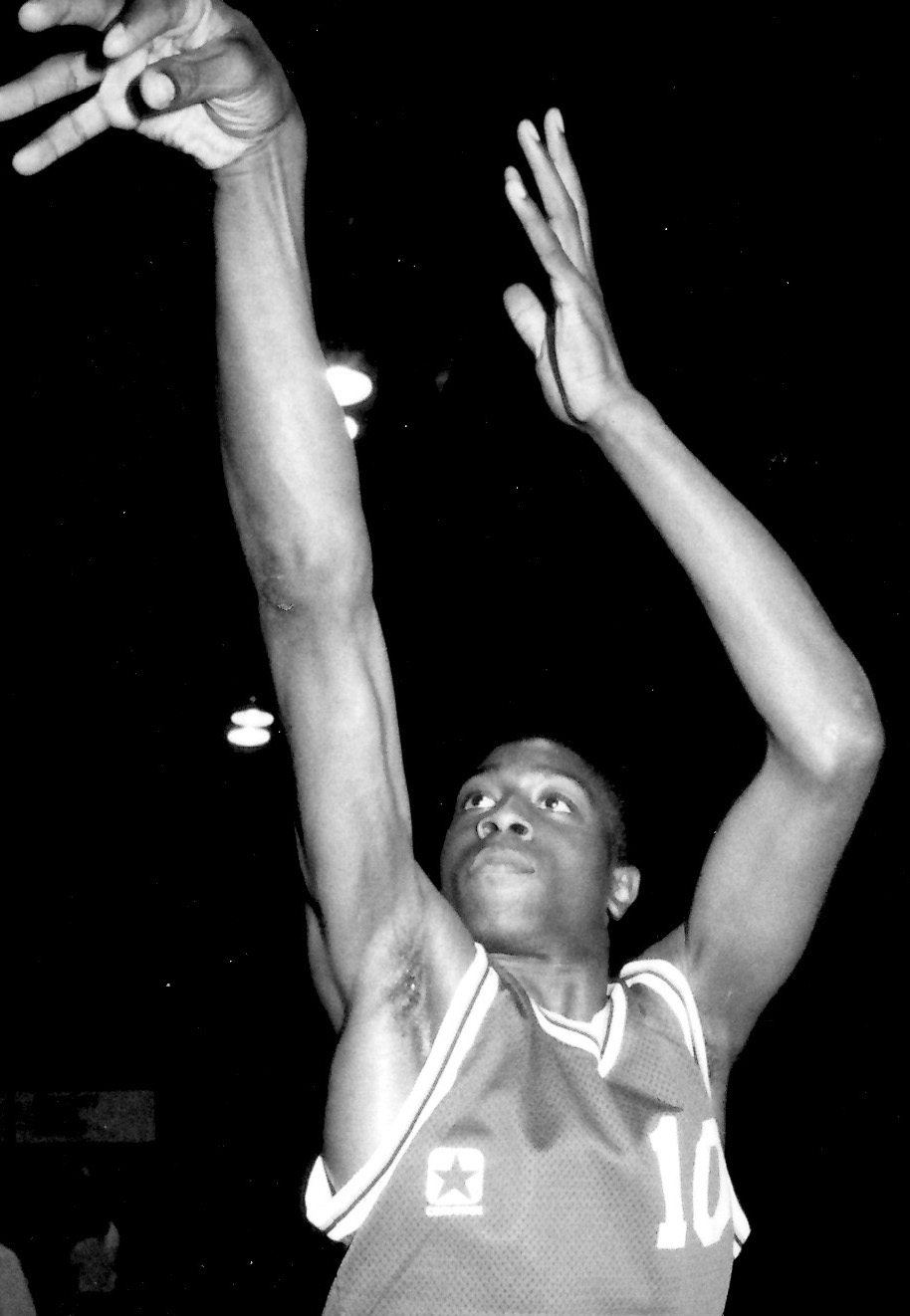 STUART SOLOMON, promoted to the starting five for the replayed game against London Docklands 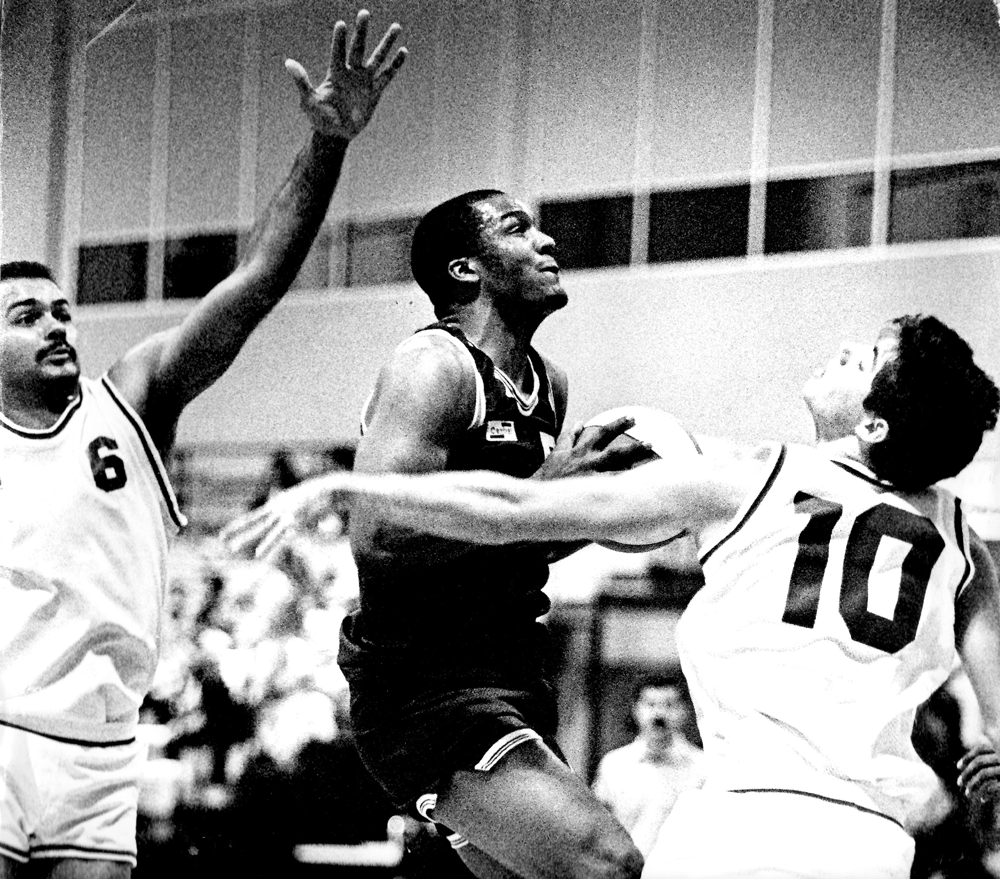 ERNEST LEE, player of the year who hit 32 points in the Coca Cola Cup semi-final against Sunderland 76ers

CHASING A DREAM IN PICTURES: END OF ...

CHASING A DREAM IN PICTURES: NURSING THE ...