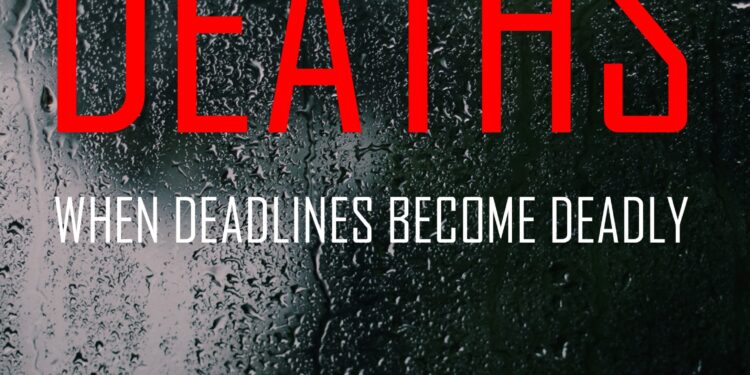 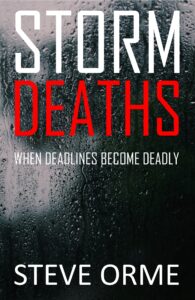 Storm Deaths, the first crime novel featuring basketball-playing detective Miles Davies, has been selling well since its publication and some readers have given it a five-star review.

Kirsty commented: “Overall I thought this was a fantastic debut crime novel set in the Midlands that was well written, well researched and was truly a page turner. I highly recommend this book if you are looking for a hidden gem.”

Michelle, a crime fiction addict, described it as “an absolute gripping novel! If you love a book you can’t put down then this is one for you!”

The former Nottinghamshire coroner Dr Nigel Champman said he “could not put it down” and it is “a great read. It kept my interest from start to finish.”

And one reader described the book as “a cross between John Harvey and Stephen Booth”.

A reporter is murdered, a television weather presenter inexplicably disappears. Are the cases linked? Detective Inspector Miles Davies has to find out.

His attempts are continually thwarted by his boss who seems intent on ensuring that Davies doesn’t discover the truth.

But why is Davies reluctant to investigate whether any members of a local basketball team are involved?

Davies knows he has to weather the storm and find answers – before more bodies are discovered.

The Partners in Crime podcast made Storm Deaths its Kobo book of the month. The podcast is hosted by bestselling crime writers Adam Croft and Robert Daws.

You can listen to the whole podcast  or if you just want to hear what Adam and Robert have to say about Storm Deaths, it’s towards the end – it starts at about 28 minutes in. The episode is called Back Log. Click on the link to listen. Alternatively the podcast is available on most of the usual providers.

Storm Deaths is available on Amazon, Barnes and Noble, Kobo and Google Play.

The sequel, Storm Bodies, will be available soon. Sign up for my regular newsletter which will keep you up to date with all the latest developments.