Storm Deaths: watch and listen on TV and radio 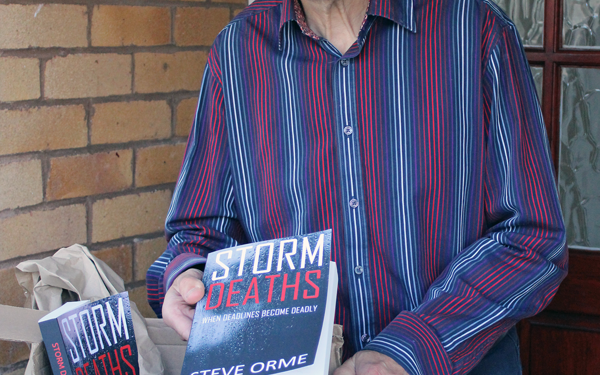 Reviews are coming in for my first crime novel, Storm Deaths.

Book-mad Lou described it as a “fabulous debut novel” while Michelle called it “amazing” and “gripping”.

The former Nottinghamshire coroner Dr Nigel Chapman said it is a “great read” and he “couldn’t put it down. It kept my interest from start to finish.”

Emily F said she “struggled to put it down and ended up devouring it in two days!” And a Kindle customer said it is “very well written” and has “a good storyline”.

A couple of people were given advanced copies so that they could review it. One crime fiction fan described it as “a cross between John Harvey and Stephen Booth”. I’m really flattered by that. Another said “all in all a good and plausible plot. Looking forward to the next one.”

As well as Amazon, Storm Deaths is available on Kobo, Barnes & Noble and Google Play, so I hope that wherever you live you’ll be able to get hold of a copy.

The local media have shown interest in it too. Notts TV interviewed me via Zoom; you can watch the five-minute video below.

BBC Radio Derby also featured Storm Deaths in the Lunch With . . . slot on Ian Skye’s show.  It’s a comprehensive piece which also includes revelations about my career. I’ve taken out the music, so it’s just the two of us chatting.

The Derby Telegraph featured the story too: 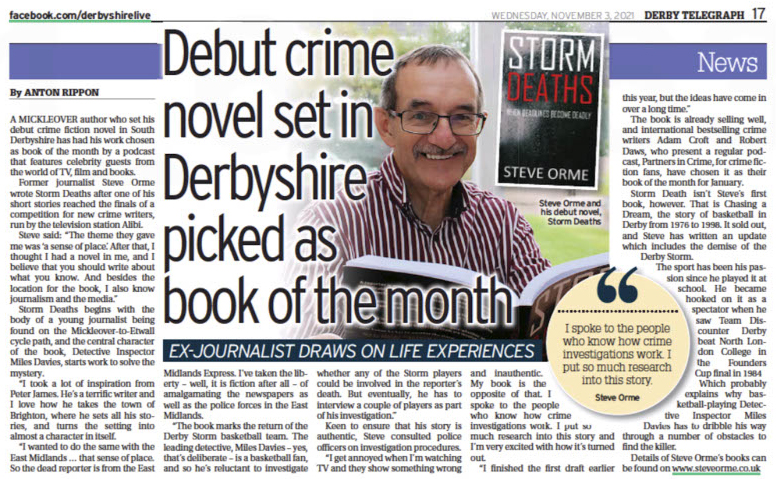 Lifestyle magazine Nottinghamshire Aspect has a full-page feature in its November/December 2021 edition: 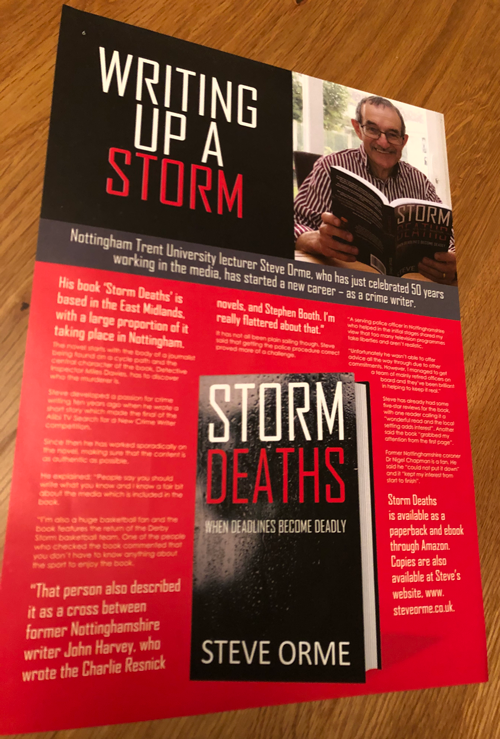 In case you don’t know what Storm Deaths is about, here’s the synopsis:

A reporter is murdered, a television weather presenter inexplicably disappears. Are the cases linked? Detective Inspector Miles Davies has to find out.

His attempts are continually thwarted by his boss who seems intent on ensuring that Davies doesn’t discover the truth.

But why is Davies reluctant to investigate whether any members of a local basketball team are involved?

Davies knows he has to weather the storm and find answers – before more bodies are discovered.

You can order Storm Deaths at one of the sites below or through the Contact Us page above.