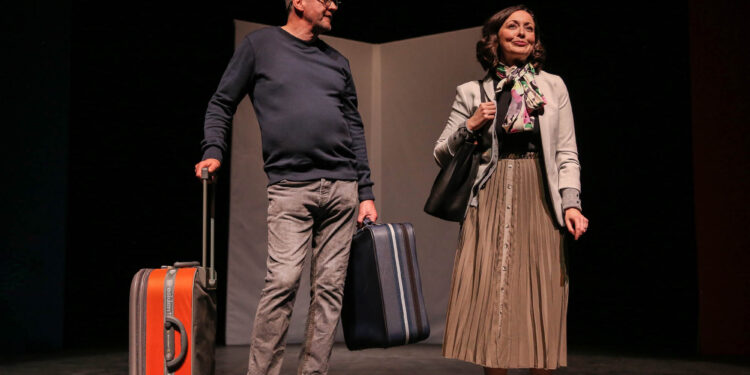 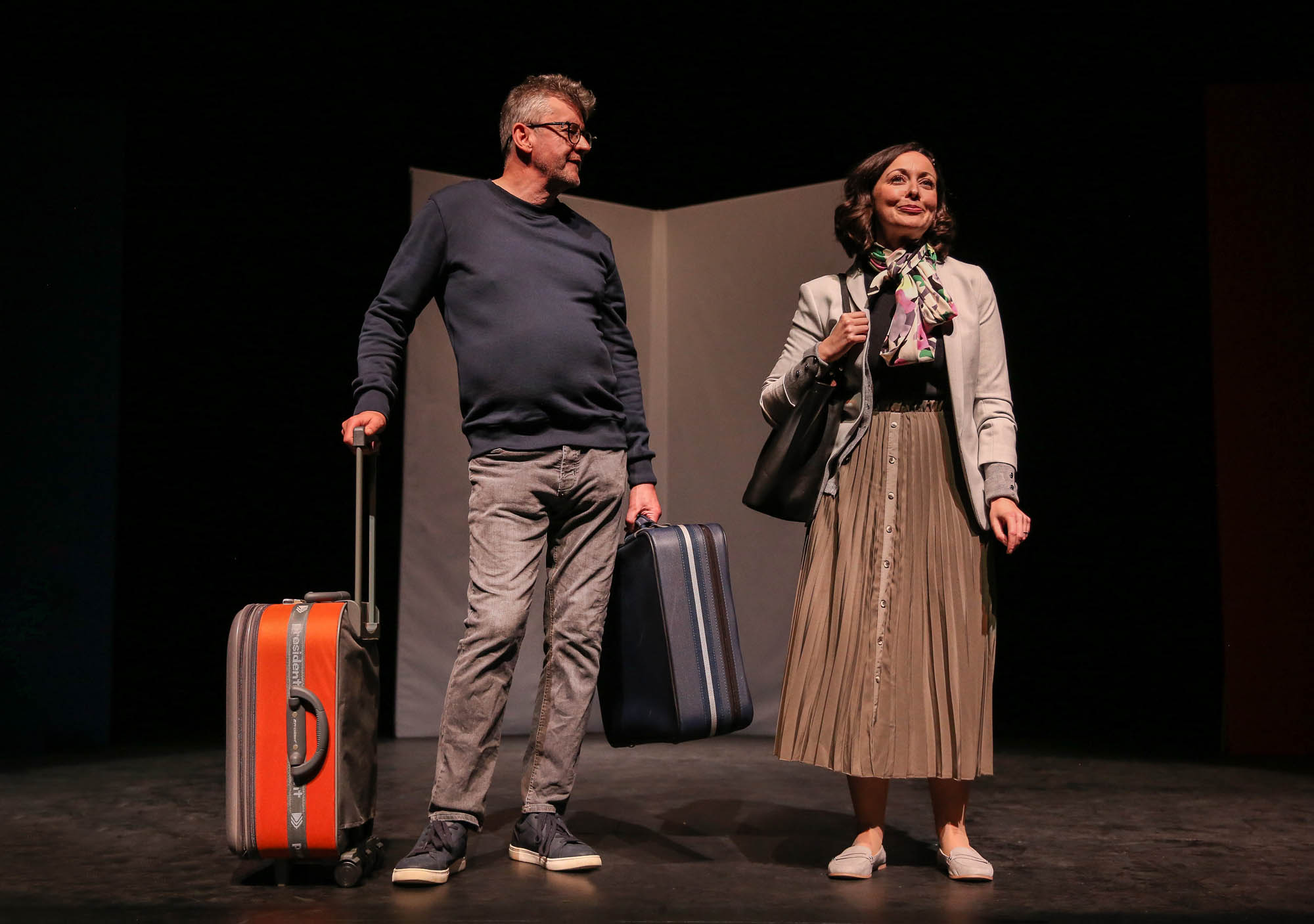 When producer-director Richard Lewis told the audience at Coventry’s Belgrade Theatre they would be watching the “only professional touring company anywhere in the country outside London”, there was enthusiastic applause.

The cast and creative team had tried three times to put on April in Paris, so according to Lewis the production proved it was the beginning of the end of the pandemic, a “unique moment in history”.

One year, two months and one day after theatres closed, some are open again. And when Joe Pasquale and Sarah Earnshaw walked out on stage, they were given a rapturous welcome. This was an audience craving to be entertained.

In 2014 John Godber updated his 1992 two-hander April in Paris to bring it into the 21st century and to make it suitable for Shobna Gulati and Joe McGann who toured it after it opened at Derby Theatre. Now Godber has taken his pen to it again, turning it into a one-act piece without an interval while audiences are socially distanced.

The plan is to reinstate some scenes once theatres are back to full capacity and can open their bars for interval refreshments. 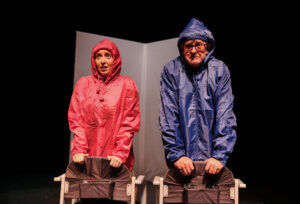 Godber has also changed the script to allow cheeky comic actor Pasquale to use his normal accent rather than trying to sound like a northerner. In April in Paris he plays Al who moved north with his wife Bet when they got married.

Pasquale and Earnshaw seem like a married couple: in real life they have known each other for a long time and also played husband and wife Frank and Betty Spencer in Guy Unsworth’s Some Mothers Do ‘Av ‘Em which is due to return to the stage in 2022.

April in Paris is the story of a couple whose marriage has gone stale after almost 30 years together. Bet works in a shoe shop but has dreams of a more exciting life while Al does not like change and fears being taken out of his comfort zone.

Script lines about shops being closed, people losing their jobs and no one being on the streets were written about the recession but have an added sense of poignancy during the pandemic.

When Bet wins a trip to Paris in a magazine competition, it gives the couple a chance to reassess their relationship.

Pasquale shows that there is more to him than a stand-up comedian. He perfectly fits the role of the likeable yet slobbish Al who is accused by Bet of being “one grunt short of being a pig”. 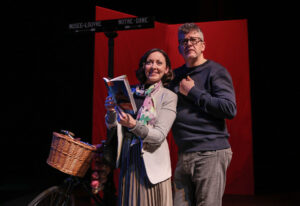 Pasquale’s telling mannerisms and expressive looks enable him to add individual touches to the role. Godber has also written into the script that Al paints as a hobby and Pasquale quickly knocks up a painting towards the end which had the audience applauding enthusiastically.

Earnshaw is delightful as the wife who just wants to have a little bit of fun. She’s not wise to other cultures but Earnshaw has you rooting for her in her attempt to change Al if only in small ways.

The astonishing fact about April in Paris is how quickly it came together. Pasquale and Earnshaw had rehearsed their lines continuously – but no one could tell that they had only two days to get the production stage-ready. Live theatre is back and the Belgrade audience certainly felt that April in Paris was worth waiting for.