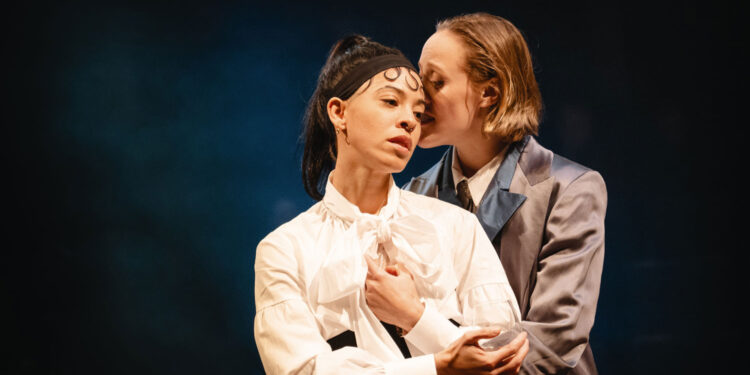 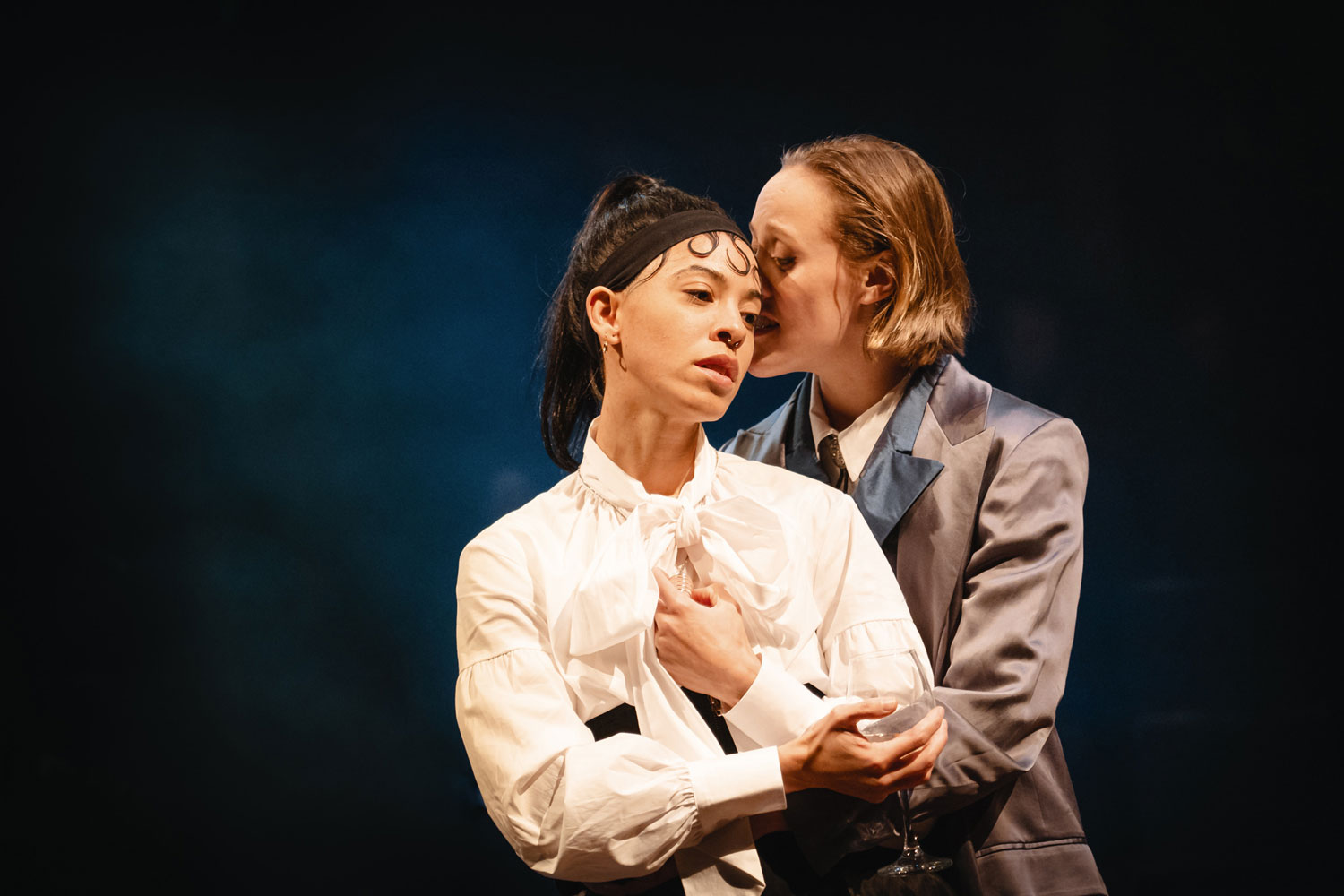 For many years a debate has raged over whether Shakespeare is relevant to a modern society. Ben Johnson’s proclamation that the Bard was “not of an age but for all time” is still accepted but some commentators feel that his timeless themes need to be presented in a different way if they are to enthral today’s audiences.

I don’t know whether Laurie Sansom, Northern Broadsides’ artistic director who is at the helm for As You Like It, has been following the debate. But the company’s 30th anniversary production is a bold if sometimes baffling interpretation of Shakespeare’s rustic comedy.

The biggest nod to the 21st century is the scene in which Orlando challenges court wrestler Charles to a fight. The two combatants are introduced by camp compere Touchstone in an extravagant spectacular with flashing lights and pounding music. Orlando is disguised in the persona of Wonder Boy. It’s typical of something you might find on a satellite TV channel which the younger generation are supposedly watching these days.

Thankfully the actors’ words are not lost as they take it in turns to use a microphone to be heard above the music. 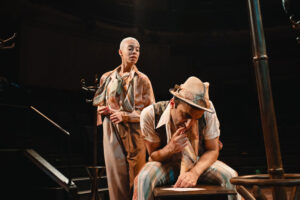 The production which marks 60 years of theatre-making for the New Vic is gender-blind: old Adam becomes Ada, sometimes wearing a comfy dressing gown and slippers, which works in the capable hands of Claire Hackett who also becomes a credible Corin the shepherd.

Less successful is the transformation of the outlandish courtier Le Beau into Madame Le Beau who loses the effete charm so often associated with the character. That is no fault of Gemma Dobson who doubles up as a striking Phoebe, the shepherdess in love with Ganymede who is really Rosalind in disguise.

Sansom gets Adam Kashmiry to present Jacques as a smiling philosopher, only becoming melancholic towards the end when he decides to follow a religious life; the metamorphosis is implausible.

Another strange concept is the choice of costumes: there is an eclectic mishmash of styles chosen presumably to add to the concept of gender neutrality.

A number of costumes are hanging from the rafters, some of them in clothes covers. Do they signify some of the characters’ journey from the court of Duke Frederick to the changed surroundings of the Forest of Arden? It is unclear. They are brought down to the stage occasionally but the purpose is again indistinct. 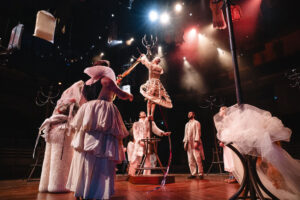 The odd interpretation is surprising when you consider the standard of acting is first-rate.

E M Williams gives a commendable performance as Rosalind, showing a complete range of emotions including distress when being banished from the court to heart-warming concern when match-making at the end. Williams also displays a slightly ruthless streak.

Some of the moments between Rosalind and Orlando are tender and touching, capable of melting the hardest hearts in the audience.

Orlando is often seen as a wimpish, one-dimensional character whose love for Rosalind makes him a target for ridicule. Shaban Dar extracts the maximum from the role, turning Orlando into a joyous, likeable lover who the audience wants to win over Rosalind.

There are also strong performances from Isobel Coward as Celia, Joe Morrow as Touchstone and Terri Jade Donovan as ignorant yet likeable Audrey.

Purists probably won’t take to this version of As You Like It. As for anyone open to modern interpretations, it should go down well even if the intricacies of the concept may be too difficult for them to grasp.