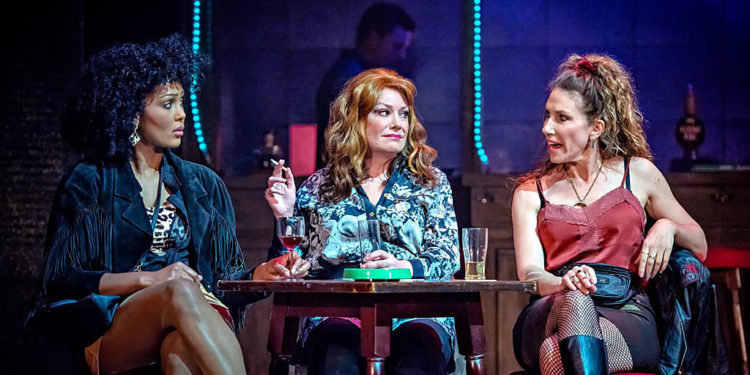 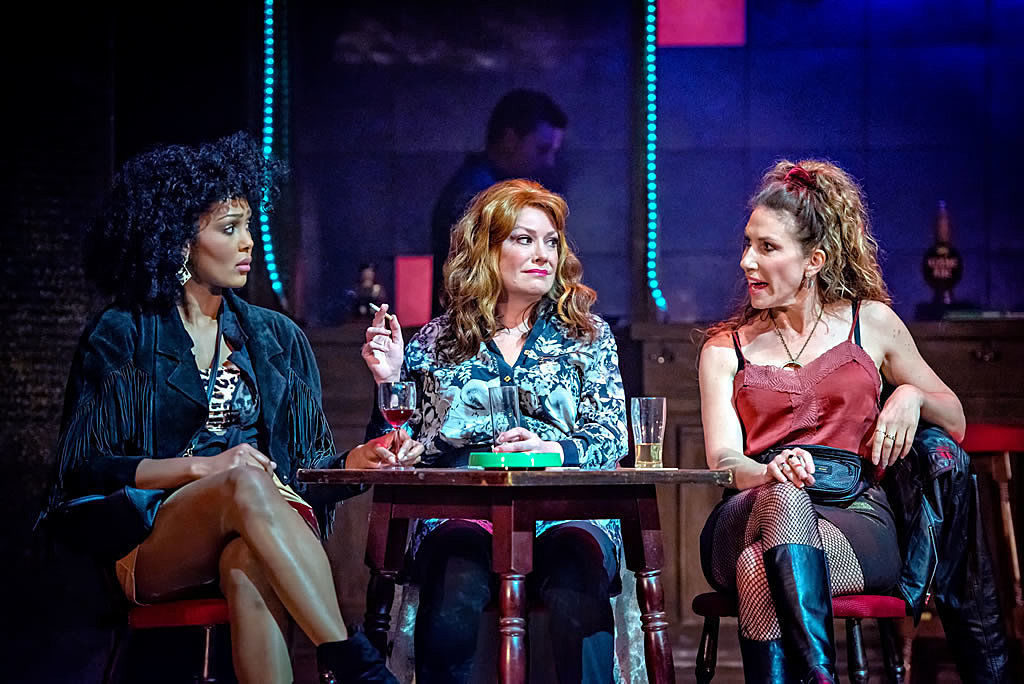 Before Kay Mellor penned the television series Band of Gold, she spent ten months talking to sex workers in Leeds and Bradford to find out what drove women to sell their bodies. She was concerned that every time a sex worker was portrayed on TV the viewer saw only the back of her head or she had only one line to say.

Now Mellor has turned Band of Gold into a play which starts its tour in Nottingham. Like the TV series—watched by 15 million people—the stage adaptation is set in the early 1990s and explores themes of debt, mental health and poverty.

Band of Gold features a group of women in Bradford who become sex workers for different reasons. There’s Rose, superbly played by Gaynor Faye, the “boss” of The Lane in the red-light district of the city, who decides whether a woman can work there. She turns out to be a tart with a heart: a revelatory scene towards the end really tugs at the emotions.

Then there’s Carol, an impressive depiction by Emma Osman, who needs money so that her daughter can have a better life. Anita, sensitively played by Laurie Brett whose mellifluous singing voice is used sparingly, is the gullible romantic dating a married man. She is destined for disappointment and despair when she is betrayed. 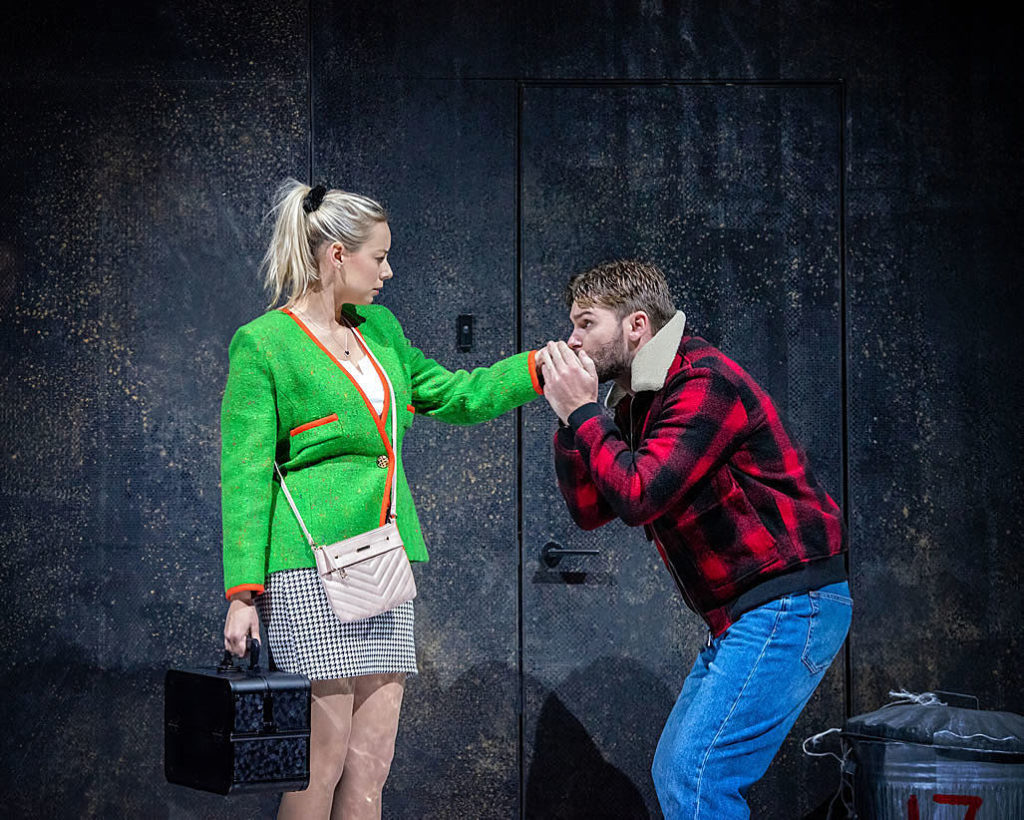 The number of street workers increases when Gina joins their ranks. She is desperate for money to pay off a loan shark who keeps adding to the amount she has to repay. Sacha Parkinson shows us a multi-faceted character who reluctantly goes with men in a bid to show she can cope on her own.

At the end of the first act, one of the street workers is murdered after inadvisably getting into a punter’s car. The second half not only becomes a whodunnit but also demonstrates how some of the women’s need for money is so acute that they continue to work the streets.

Mellor, who also directs, has written a number of short scenes which give the play a fast tempo that lets up only occasionally. Scene changes are slick and take the shortest possible time.

As there are such striking parts for women, the men in the cast have somewhat limited opportunities to display their undoubted talents and their characters are not developed as much as they might have been. Kieron Richardson gives an exciting performance as Gina’s husband Steve, imploring her to take him back because he loves her so much, then bullying her and becoming menacing when he cannot get his own way. 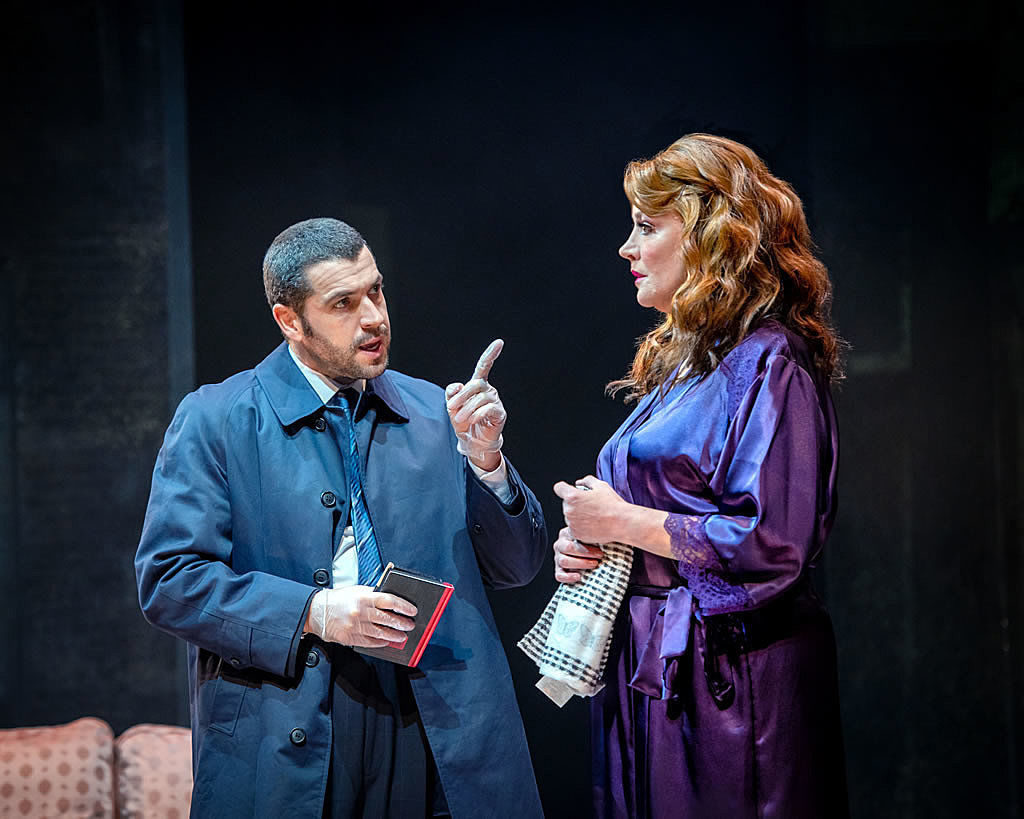 On the night I saw Band of Gold, there were murmurs of approval and even a couple of wolf whistles when Shayne Ward appeared. He’s ideal for the role of Inspector Newall, tough when determined to discover who the killer is yet vulnerable because of an earlier relationship with Carol.

There are also commendable displays by Andrew Dunn as Barraclough, the slightly arrogant councillor who expects favours and backhanders, and Mark Sheals as George, the ruthless, self-opinionated businessman who will do anything to ensure council contracts are awarded to him.

When Mellor did her research, she said it was extraordinary how women could one minute tell her about something awful that had happened to them and the next find humour in their plight. This comes over in the play, humorous lines lightening the mood after what can be quite dark situations.

Two years after adapting her TV series Fat Friends into a musical, Mellor shows with Band of Gold that she still has the Midas touch and can give audiences a thrilling evening’s entertainment.

Les Dennis: from Coronation Street to the ...