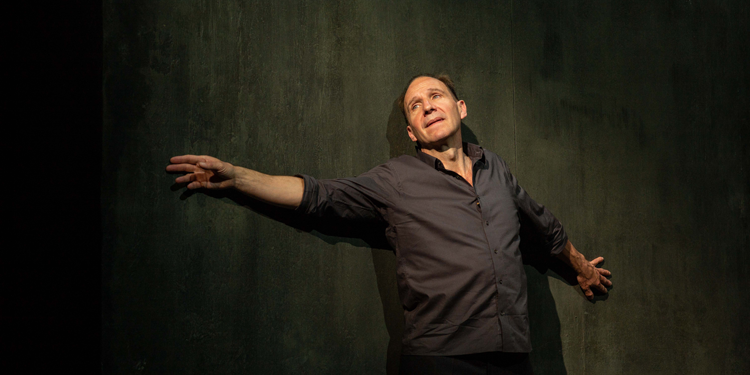 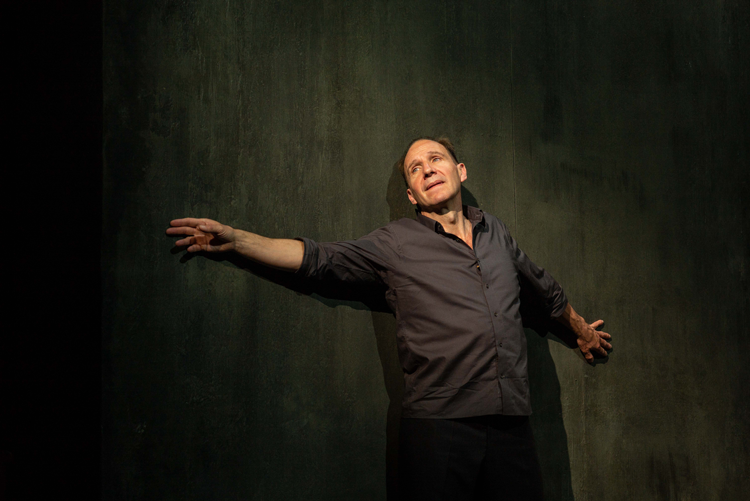 The atmosphere in Northampton’s Royal auditorium could hardly be described as animated: theatregoers moving quietly to their seats, masks in place, remaining socially distanced as if they were going to the supermarket or the post office. So different from the buzz of excitement and anticipation at Coventry’s Belgrade Theatre on the first night it reopened.

Perhaps the audience could not believe they were back in a theatre. Maybe they could not take in the fact that Ralph Fiennes, one of this country’s finest actors, was actually going to be performing in front of them.

When he appeared on stage a couple of people applauded but, embarrassed that no one else joined in, quickly stopped as Fiennes commanded everyone’s attention.

Four Quartets comprises four interwoven meditations on time, faith and the quest for spiritual enlightenment. Eliot wrote most of it during World War II when theatres were closed because of the Blitz. Some experts regard the work as the pinnacle of his literary career. 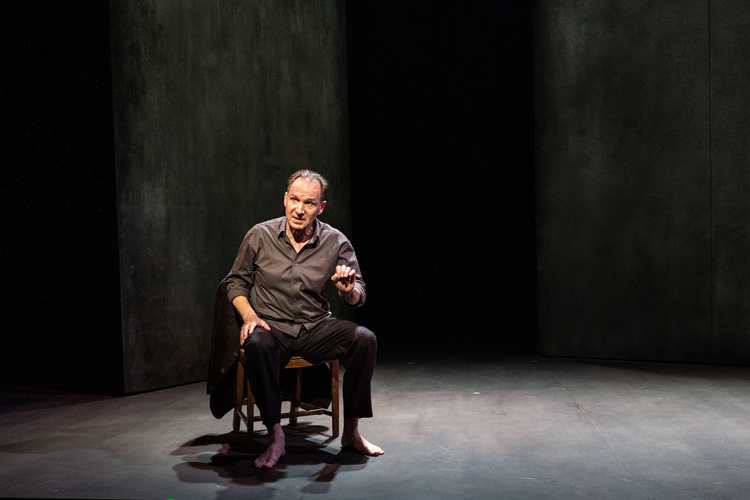 Fiennes, a BAFTA and Tony Award winner, directs himself in Four Quartets. His passion and respect for Eliot’s poems is evident in both his dress and the staging.

He wears a grey, open-necked shirt, dark grey trousers and a dark jacket. He is barefoot on a sparse stage which has a table and two chairs along with two huge, grey, concrete-looking slabs which Fiennes moves around as the action moves from one location to another. It is clear that he does not want anything to detract from the words. 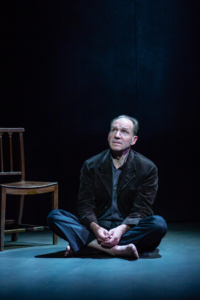 Four Quartets is a tour de force for any actor and Fiennes rises to the challenge. Alone on stage for 74 minutes, he is in sole control, the occasional sound effect or hint of music complementing rather than diverting attention from him.

He delivers the lines with panache and verve, showing reverence for Eliot’s work as Fiennes enunciates each word meticulously. It is as if he regrets the disappearance of received pronunciation.

Four Quartets is also a huge undertaking for an audience. It demands total concentration to extract maximum meaning from Eliot’s poems, especially his prognostication on time:

Time past and time future

Point to one end, which is always present.

Speaking about the meaning of the poem as a whole, Eliot said “it is not exhausted by any explanation, for the meaning is what the poem means to different sensitive readers.”

Fiennes echoes this towards the end of the evening when he remarks “we had the experience but missed the meaning.” Audiences may miss the meaning of Four Quartets but they undoubtedly experience one of our greatest actors at the top of his game.