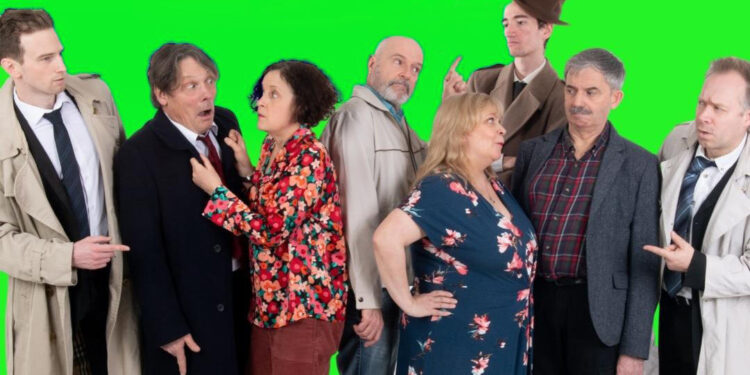 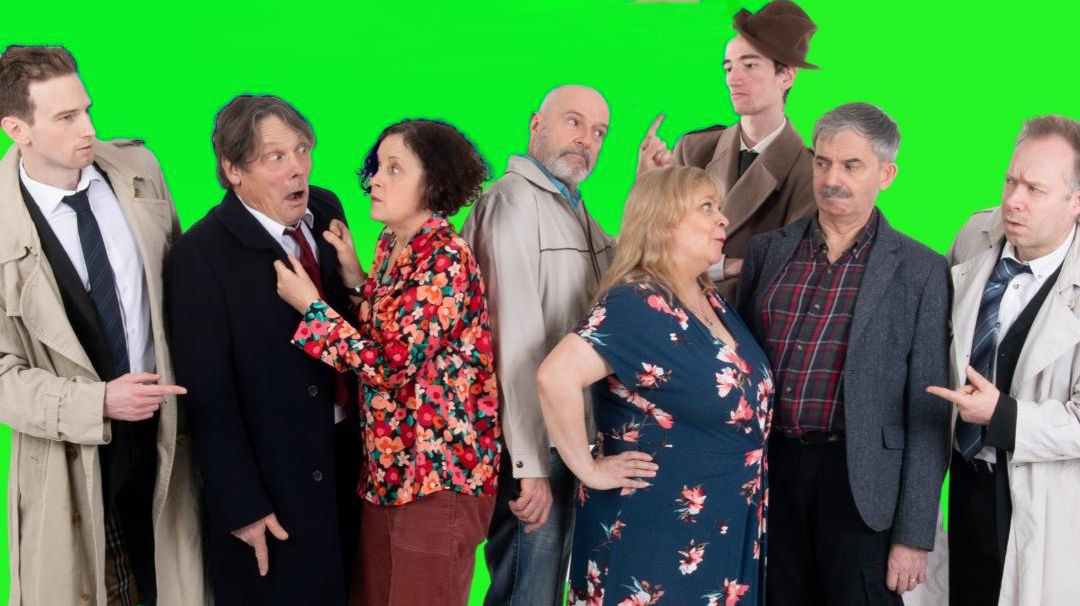 The cast of Funny Money

Gone are the days when a farce, even when it is by a master of the genre such as Ray Cooney, can have a two-year run in the West End. But that does not mean his plays can no longer make audiences laugh.

Cooney’s 1994 play Funny Money is the first in a season of three staged by Tabs Productions and Rumpus Theatre Company to entertain audiences at Chesterfield’s Pomegranate. The “thoroughly light-hearted” plays were “especially chosen to send everyone home with a smile throughout the ever-brightening January and February nights”.

There was no shortage of laughs on the night that I saw Funny Money, thanks largely to a company of actors who have worked together many times before. There were also a few snorts, guffaws and chortles as the credible plot unravelled in incredible fashion.

Funny Money revolves around middle-aged Henry Perkins travelling home on the London underground and looking forward to his birthday dinner with his wife Jean and their friends Vic and Betty Johnson.

By mistake Henry picks up the wrong briefcase. Instead of a half-eaten cheese and chutney sandwich, he finds £735,000 in £50 notes. He goes to a pub and counts the money in the gents’ toilet, his excitement causing Davenport, a bent detective, to believe Henry is soliciting men.

He realises that the owner of the cash will come looking for him, so he books one-way tickets to Barcelona for himself and his wife. But Jean does not want to leave England. And Henry’s predicament worsens when a body and Henry’s briefcase are pulled out of the river Thames. A policeman who believes Henry is dead turns up. It leads to a series of mistaken identities and quickly contrived lies which get more preposterous as the evening progresses.

Rumpus has produced Cooney’s work before, notably Caught in the Net at the Pomegranate in 2018. That went down well with the Chesterfield audience; when I saw it Funny Money repeated that success.

John Goodrum, boss of Rumpus, thrives in the role of Henry. He revels in the character’s good fortune of finding the money, delights in the expectation of the new life that the cash will bring and enjoys the esteem that some of the other characters bestow on him.

Susie Hawthorne as Jean gives the standout performance of the evening. She starts off as a bundle of nerves, concerned about the dinner she is cooking and complaining that Henry, “the wretched man”, is late home.

A teetotaller, she turns to drink when Henry reveals how he found the money. Hawthorne gives a commendable display as she progressively gets drunk and says she liked her husband as he used to be: “a bit of a wimp”. 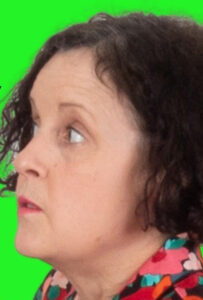 Susan Earnshaw whose precise comic timing has been evident in previous Rumpus comedies is delightful as Betty, relishing in the excitement of trying to stay one step ahead of the police. She gets one of the best lines in the play: “even with a satellite dish it couldn’t get better than this!”

There is strong support from David Gilbrook as Vic who is totally confused by everything, David Martin as bribable Davenport, Christopher Brookes as strait-laced detective Slater and Jeremy Lloyd Thomas as taxi driver Bill who is bewildered about happenings in the Perkins household.

Goodrum and Karen Henson from Tabs Productions direct a show which is definitely funny and right on the money.