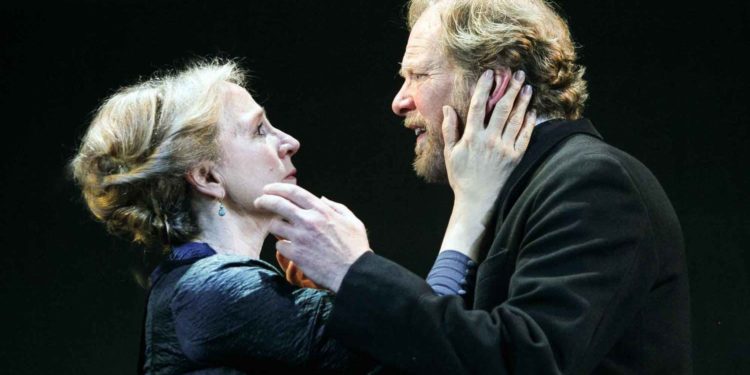 Henrik Ibsen adapted by Mike Poulton
Royal and Derngate, Northampton
19 April to 11 May 2019 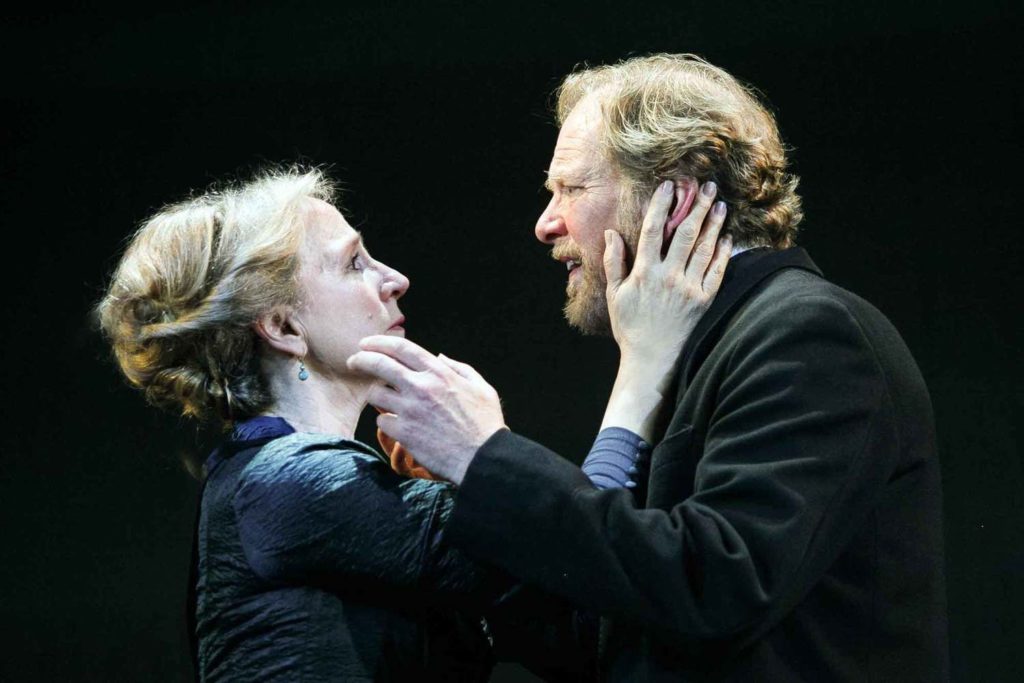 Even before the start, when incessant rain can be heard falling on an island near a prosperous Norwegian town, right until a climactic, portentous ending, this is a gloomy, dark play.

But it has three roles that call for outstanding performances and, in Mike Poulton’s adaptation of Ibsen’s classic, the three actors are exceptional.

According to the programme, Poulter spent nearly a quarter of a century coming up with a version of the play that would do justice to the original. His Ghosts will not be to everyone’s taste and a couple sitting next to me didn’t come back for the second half. They missed the best part of an unsettling production which is capable of causing shock on several levels.

Ghosts was first performed in 1891. It includes a discussion of the morals of the time when it was a sin for a man and woman to live together without being married. That has lost its scandalous nature today. However, there is so much of the play’s content that still resonates, especially the treatment of and society’s attitude towards women.

Ghosts is set on an extensive, country estate run by Helen Alving. The following day, an orphanage that she has built dedicated to the memory of her late husband is due to be officially opened. 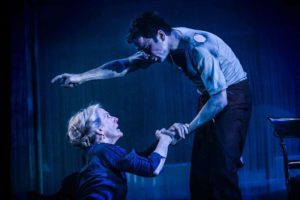 The town’s leading churchman Pastor Manders will cut the ribbon and deliver Capt Alving’s eulogy. The Alvings’ son Osvald, an artist, has returned from Paris for the ceremony.

Penny Downie is mesmerizing as Helen who is fighting demons of her past. She was pushed into marriage by her mother and Capt Alving was not the upstanding man the town thought him to be.

Downie delivers a compelling performance as a wife who was regarded as wretched for walking out on her philandering husband yet was told simply to “get on with it” when she had to run the estate after his death.

She also has to cope with knowing that her husband’s waywardness led to her catching syphilis which she passed on to her son. Downie’s sense of shame and determination to protect her son are commendable elements of her portrayal.

Her scenes with James Wilby as Manders are especially enthralling. Wilby is superb as the clergyman who berates Helen for being a “hopeless failure” as a mother and dismisses Capt Alving’s behaviour as “a few youthful indiscretions”. His angst when he recognises how he has misjudged people is touching.

Pierro Niel-Mee gives a measured performance as Osvald who is suffering from neurosyphilis which attacks the central nervous system. He gradually loses control, deteriorating from a frustrated painter unable to work into a nervous shell of a man who can’t cope with his oppressive surroundings. 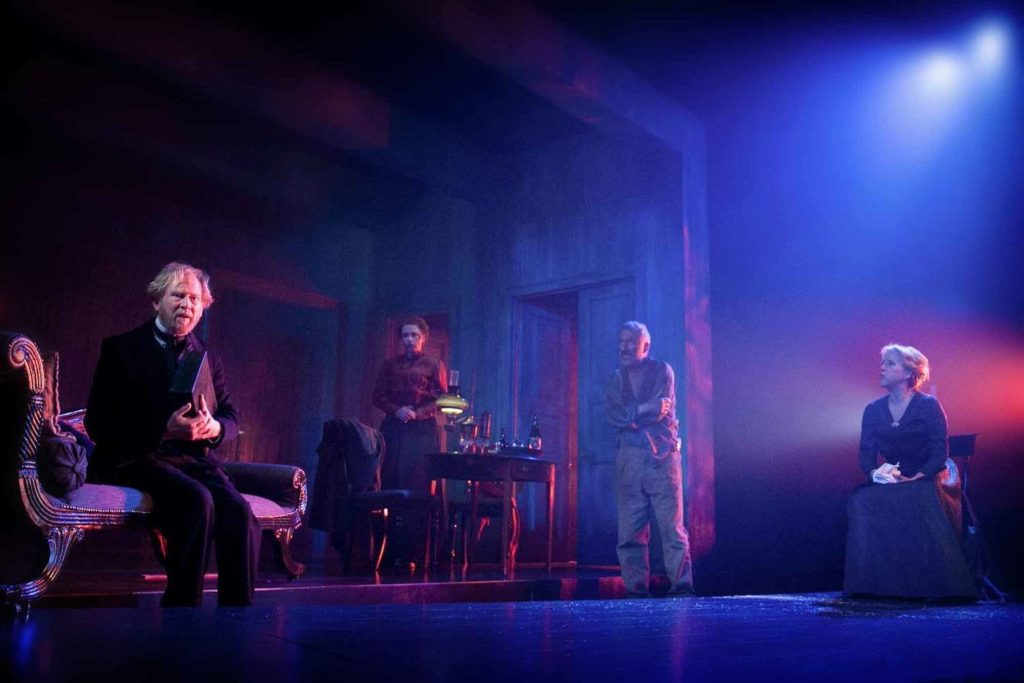 There are strong performances from Eleanor McLoughlin as Regina, the young woman with a secret who is brought up as a member of the Alving family, and Declan Conlon, her drunken, boorish father who wants to take her away to manage a seamen’s mission that he wants to set up.

Lucy Bailey directs deftly, allowing her cast to display their talents to the full and injecting not a small amount of tension into the play.

Ghosts is one of the highlights of the year in the Midlands so far. You’ll be haunted if you miss it.