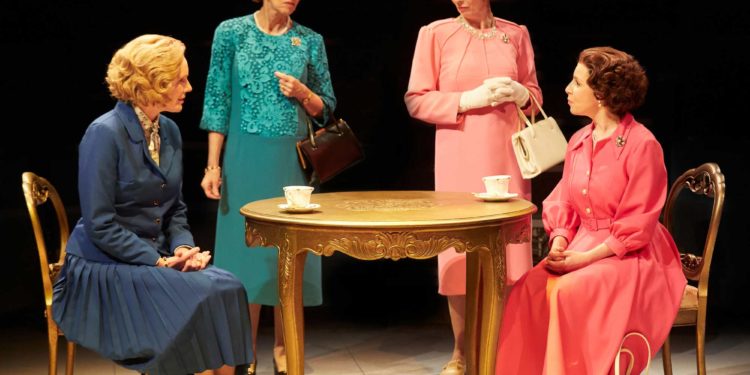 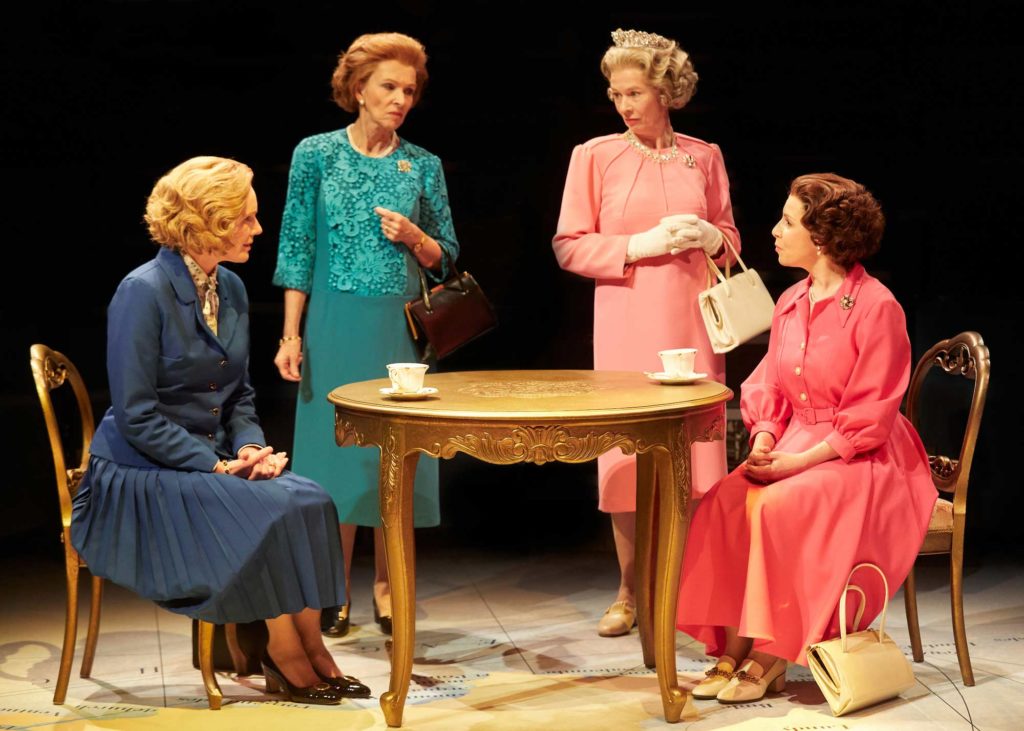 The importance of curating an artistic programme that resonates with your audience is something all theatres surely try to do. But certain subjects may be off limits for sections of the population.

The New Vic is situated in an area that experiences serious deprivation. It’s in a constituency that contains staunch Labour voters, so they’re hardly likely even to mention Margaret Thatcher, let alone go to see a play about her.

That’s the main conclusion I drew as to why there were rows of empty seats at the New Vic for a performance of Moira Buffini’s play Handbagged.

Anyone who dismisses the play without seeing it is missing a balanced work which isn’t merely a glorification of the life or career of Britain’s first woman Prime Minister. The work is written in such a way that whenever Mrs Thatcher wants to gloss over some of the more controversial events that happened during her tenure, there’s always someone to set the record straight and tell the complete story.

So while Mrs T doesn’t want to dwell on the poll tax or her departure from office, she’s reminded what a disaster the community charge was and how people were dancing in the streets singing “she’s gone!” 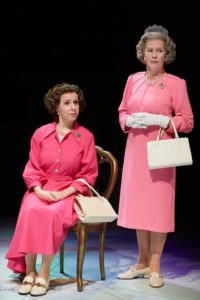 The bonus of this production is that it’s directed by the playwright’s sister Fiona. The pair are said to have similar theatrical tastes as well as a similar sense of humour. Fiona injects enthusiasm and expertise into Handbagged.

The play looks at the weekly meetings between the PM and the Queen throughout Thatcher’s 11-year stay in Downing Street. Handbagged imagines what might have happened when the two women met in secret and how their opinions clashed, although no one knows what really went on in their secret discussions.

The Iron Lady is shown to live up to her nickname, being unperturbed in her desire to smash socialism. On the other hand, the Queen is more sensitive to the feelings of her subjects whenever the extremes of Conservatism threaten to widen the gap between the rich and the poor.

There are two Thatchers and two monarchs on stage, representing the women at different stages of their careers.

Zoe Aldrich is the younger Mags and Jan Goodman plays T while Melissa Collier (Liz) and Louise Bangay (Q) take the roles of Her Majesty.

While the voices may not be totally authentic, both pairs of actors have an almost uncanny relationship. Their mannerisms mirror each other to the minutest detail.

They also play their part in bringing out the humour in the script, although most of the comedy is in the hands of the two other members of the cast who play multiple roles.

Ashley Gerlach shines as a footman, president of Zambia Kenneth Kaunda and even a glamorous Nancy Reagan in red gown and gloves. 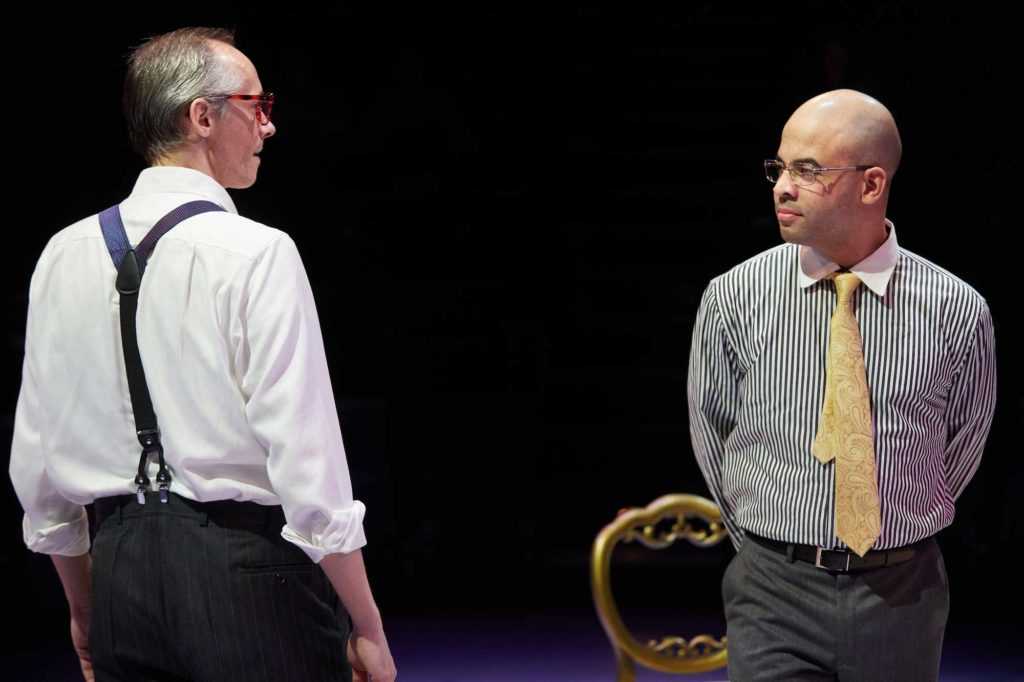 Some of the themes of Handbagged have particular resonance today. The invasion of the Falklands is described as “an outrage against democracy” while concerns that the Queen might oppose the government are viewed as “unconstitutional and dangerous”. Phrases which have been heard a lot recently. Obviously, then, a good time for Handbagged to be revived. It was a pity there were so few people in the audience the night I saw this solidly entertaining production.