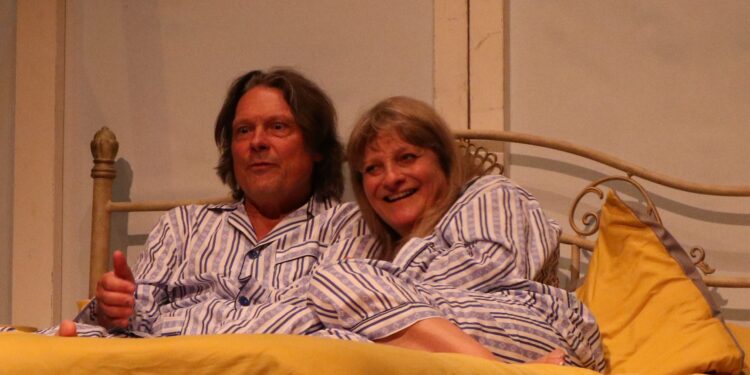 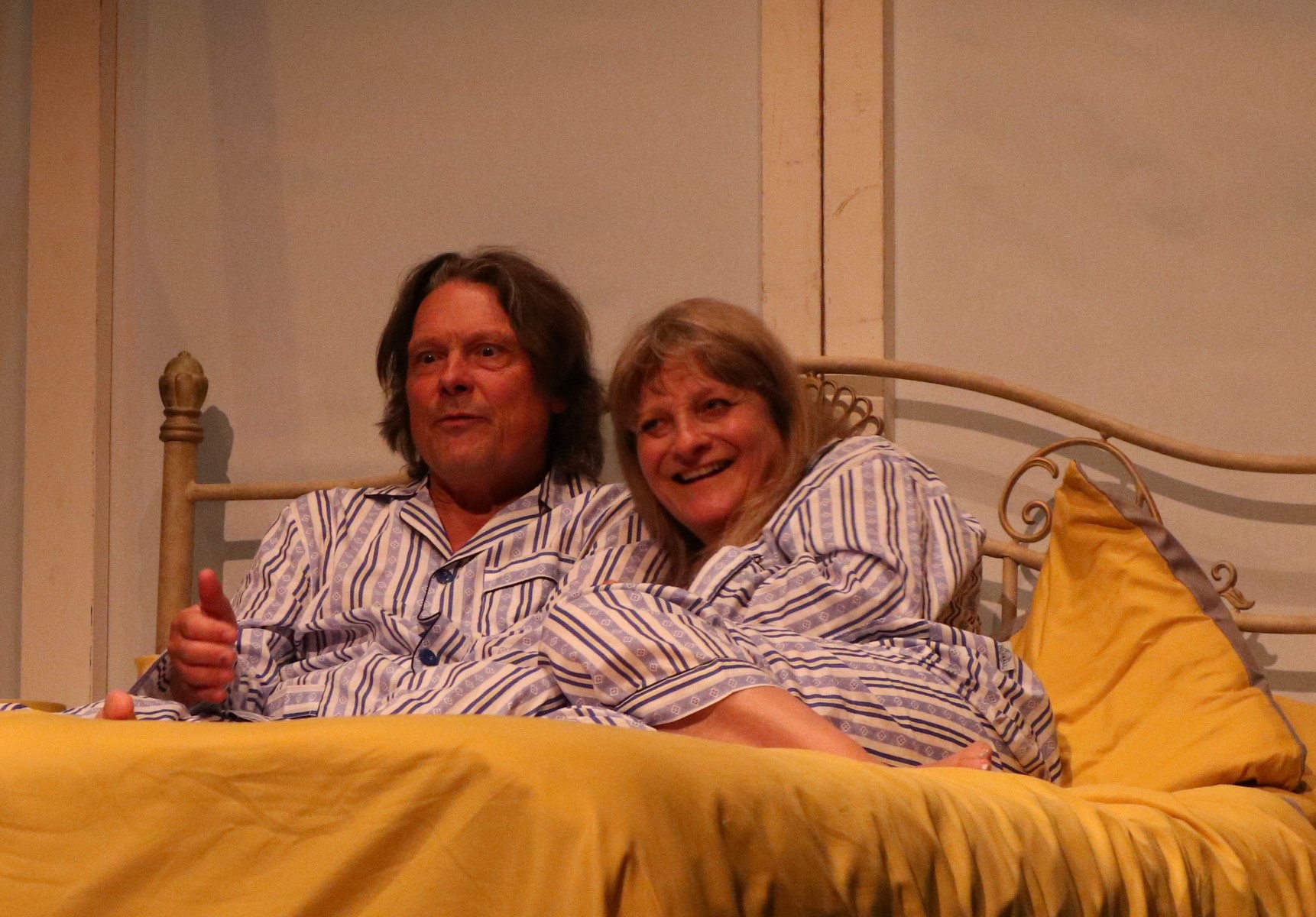 When theatre companies began looking at shows they could present when venues reopened, it was obvious they could not choose plays with a big cast or ones which called for close, intimate action.

That was a dilemma facing Tabs Productions, so company boss Karen Henson came up with a solution: the two-hander Live Bed Show. And there was no need to worry about actors being in different bubbles because the cast of Arthur Smith’s 2002 comedy features Henson and her husband John Goodrum.

Despite their efforts to get back on stage, Live Bed Show was called off three times. Now it is having a short run at the Pomegranate Theatre in Chesterfield although the timing is not ideal: it clashes with the first week of Tabs’ annual rep season at Nottingham’s Theatre Royal. Tabs had to turn to another member of the company to direct All About Murder.

Live Bed Show is less well-known than the play Smith wrote with Chris England, An Evening With Gary Lineker, produced by Tabs and Rumpus Theatre Company at the Pomegranate in 2019. It was part of a seven-play season to celebrate 70 years of the Pomegranate. 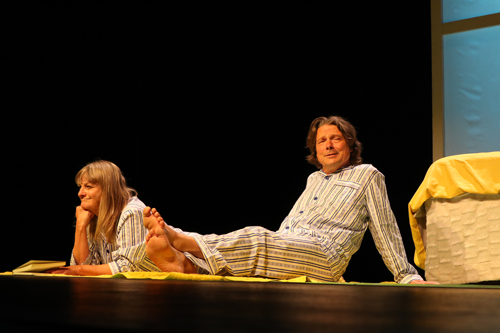 An Evening With Gary Lineker has moments of laugh-out-loud comedy whereas Live Bed Show is humorous but in a clever, more observational way.

The play is described as a boy-meets-girl tale for the over-30s. It features a couple “manoeuvring through a tussle of love, sheets and emotional ping-pong on a journey of discovery”.

It astutely emphasises that a man and a woman want different things from a relationship but expectations can change as the bond between them develops.

Henson and Goodrum who wear pyjamas throughout the show direct themselves in a production which has plenty of pace so that you are in no danger of falling asleep.

Henson brings passion and enthusiasm to the role of Maria, unsure of whether she wants to get involved in a new relationship and not always truthful about her intentions.

Goodrum on the other hand shows Cash to be a typical male whose goal is to get Maria into bed – until he realises his feelings for her go far deeper.

The chemistry between the couple shines through as they negotiate a series of experiences including dream sequences in which they have not left their bed for nine years and getting locked in when visiting a shop to buy a new bed. 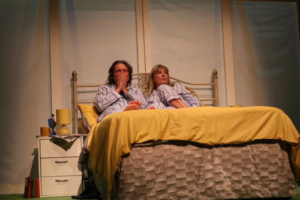 Smith’s play contains none of the subversiveness nor quirkiness that the stand-up comedian and presenter is usually noted for. Henson and Goodrum extract the maximum amount of warmth and humour from the script and give excellent performances of a comedy that can best be described as gentle rather than guffaw-inducing.

FATHER BROWN – THE MURDERER IN THE ...