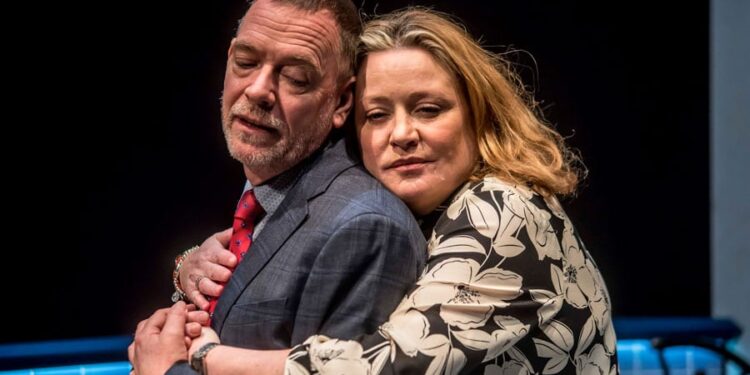 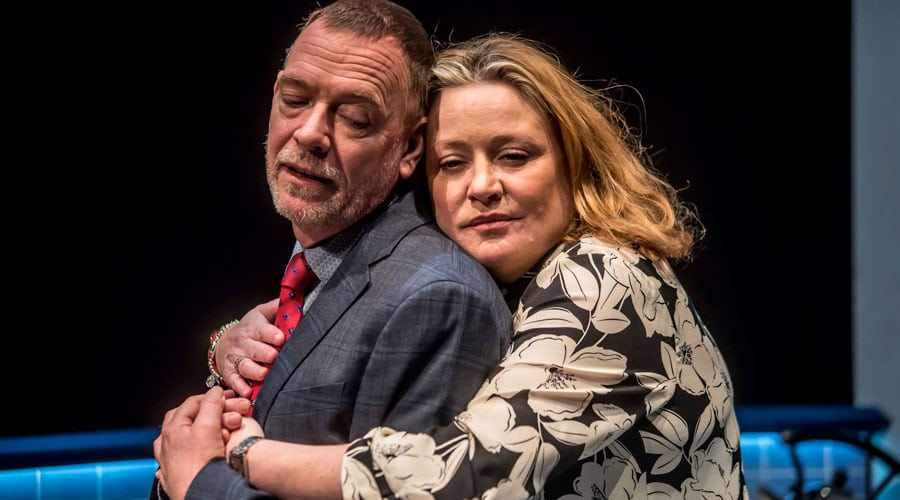 Peter James was named by W H Smith as the “best crime writer of all time”. His gripping thrillers featuring police detective Roy Grace have sold more than 21 million copies, some of them are being turned into television dramas and Looking Good Dead is the fifth to be adapted for the stage.

Although he was a writer and producer of films and television shows before he became a full-time novelist, James has not adapted the books himself, entrusting Shaun McKenna to transform them into the medium of theatrical productions.

The success of The House on Cold Hill, The Perfect Murder, Dead Simple and Not Dead Enough showed there is clearly enthusiasm from audiences for James’ work to be seen on stages around the country.

The bonus for many people, some who might never have encountered Peter James before, is the return to the stage of Adam Woodyatt. The EastEnders’ stalwart who is reportedly negotiating a return to the BBC soap has not acted in a play for about 40 years.

Here he plays Tom Bryce, a struggling businessman who finds a USB stick on a train. When he puts the stick into his computer, aiming to do a good deed and return it to its owner, it sets off a chain of events which leads to his family fearing for their lives. 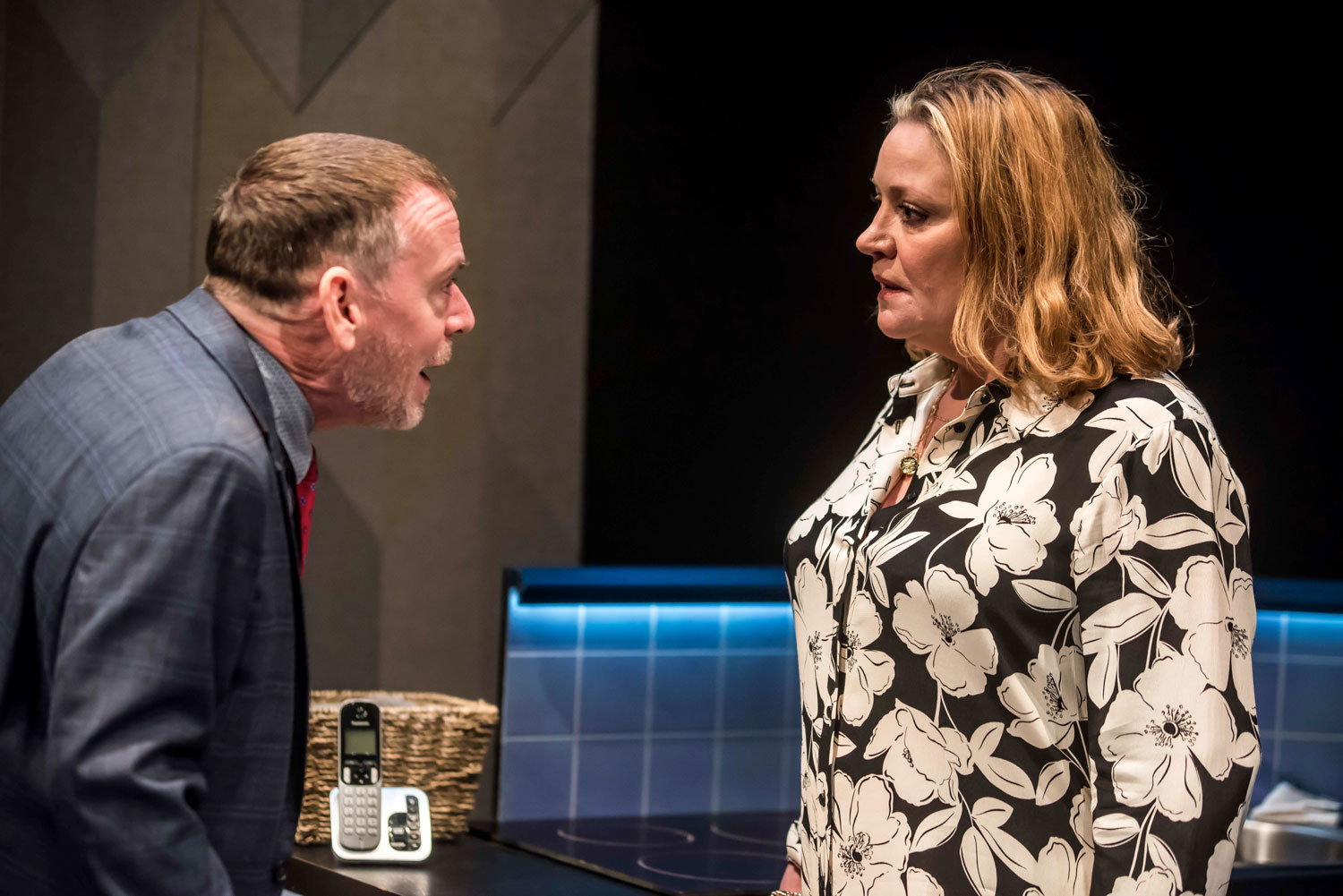 Audiences in Nottingham have had to wait a long time to see Looking Good Dead. The play was due to visit the Theatre Royal eight months ago but it was postponed because of Covid. Most people who saw it on the night I attended appeared to think the wait was worthwhile.

On the second half of the play’s tour Laurie Brett has joined the cast as Kellie Bryce, Tom’s alcoholic wife with a penchant for extravagant shopping despite the couple’s crippling financial problems.

Woodyatt and Brett played married couple Ian and Jane Beale in EastEnders for more than a decade. They have a rapport which shines through in the Bryces’ relationship, the pair of them on the face of it displaying a deep love for each other despite their individual imperfections.

Woodyatt gains sympathy as the helpless business owner whose promotional products are no longer deemed necessary. He will do almost anything to win new orders and keeps going even though he is continually faced with more examples of his wife’s profligacy.

Brett comes over as a caring, houseproud mum with the inability to curb her excesses even though they threaten to tear apart the family she cares so much about. 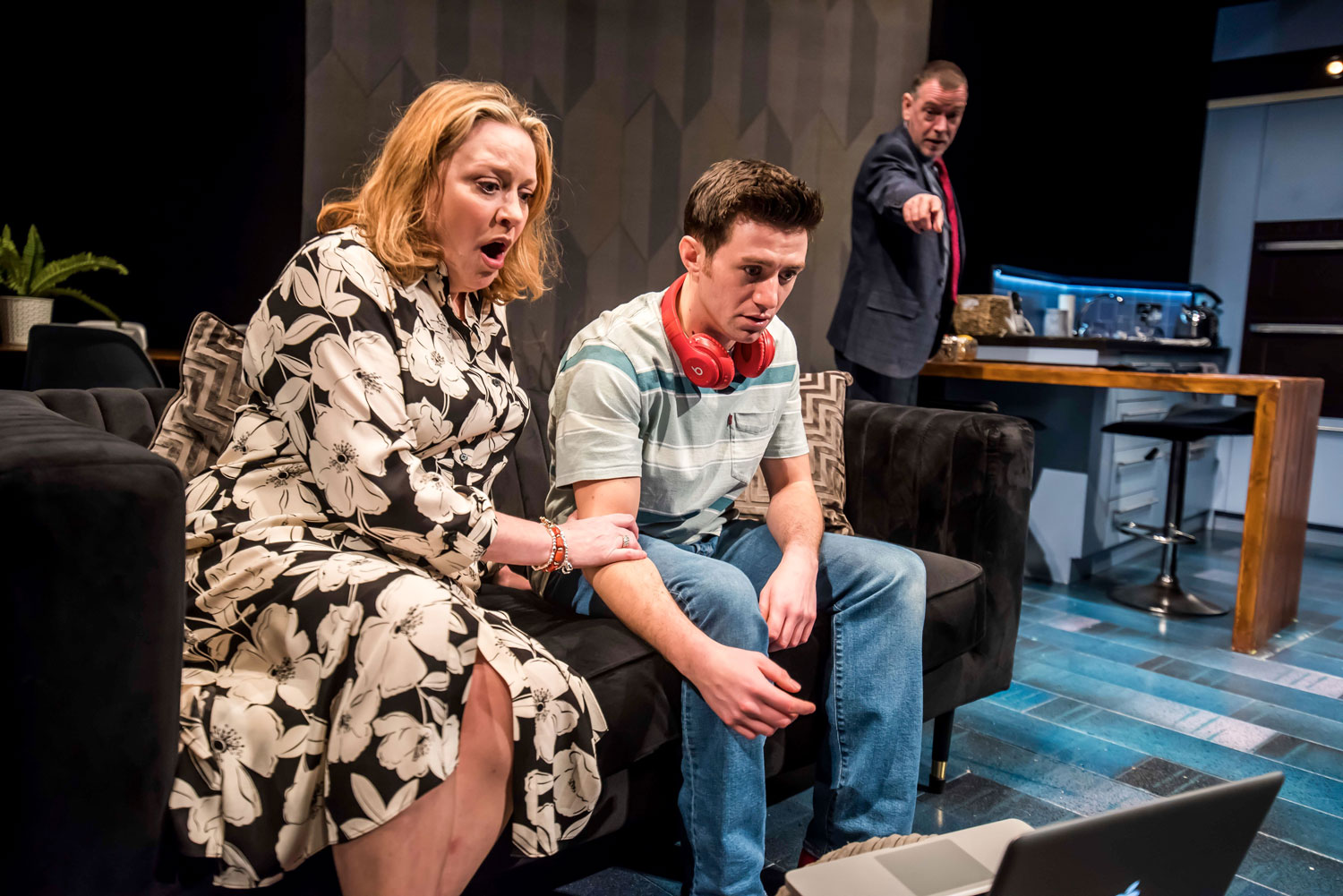 Throw in a disruptive son – some people might think Luke Ward-Wilkinson is too old to play third-year university student Max although he makes a good job of it – and you have a bickering and slightly dysfunctional family.

Many Peter James’ fans are attracted to his writings because of Roy Grace, the ambitious detective who overcomes problems in his personal life to solve baffling crimes. Here he is played by Harry Long who adds the necessary tinge of steel needed by someone who has reached a senior position in the police force.

Looking Good Dead takes a while to warm up. Once it gets going it takes a twisty, shocking journey through murder, kidnap and betrayal until its unexpected ending.

With solid directing by Jonathan O’Boyle, Looking Good Dead is a thriller in every sense of the word. It would be a crime to miss it.