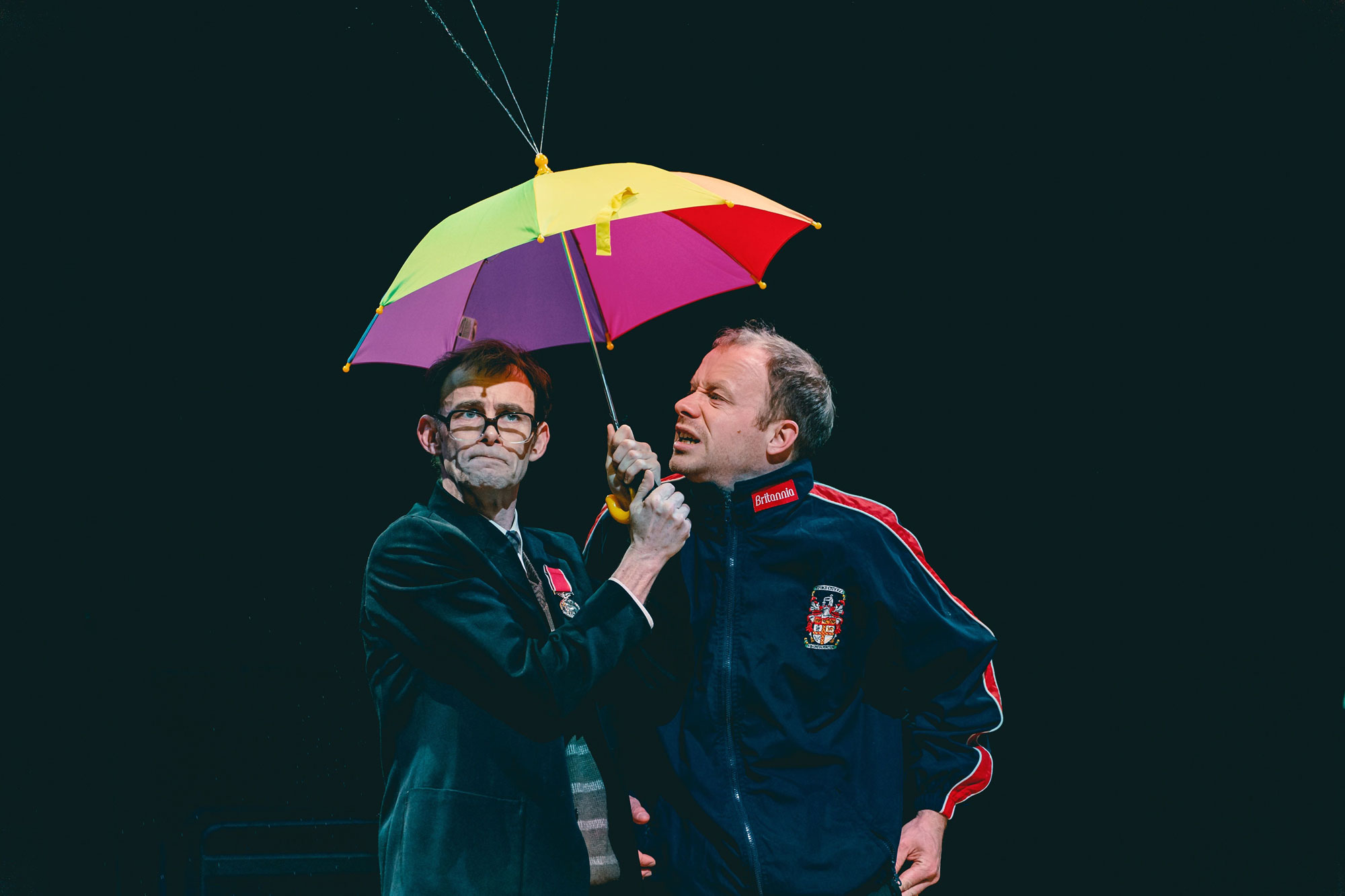 The term living legend is bandied about extravagantly in these days when anyone with only a modicum of talent is revered as someone special. But in Staffordshire there is one man who fits the epithet perfectly.

Neil “Nello” Baldwin who knows royalty was a circus clown, a kit man for Stoke City Football Club and has been associated with Keele University for more than 50 years even though he does not have a degree nor an official position with the educational establishment.

His dreams led him to covet the job of manager of the England football team and to believe he could run the country as Prime Minister. This was despite having a learning difficulty although in the early 1950s that was not the way it was described. And Neil has never accepted that he has a disability.

His story has already been told in a book he co-wrote with his long-standing friend Neil Clarke and a film which won the BAFTA single drama award in 2015. 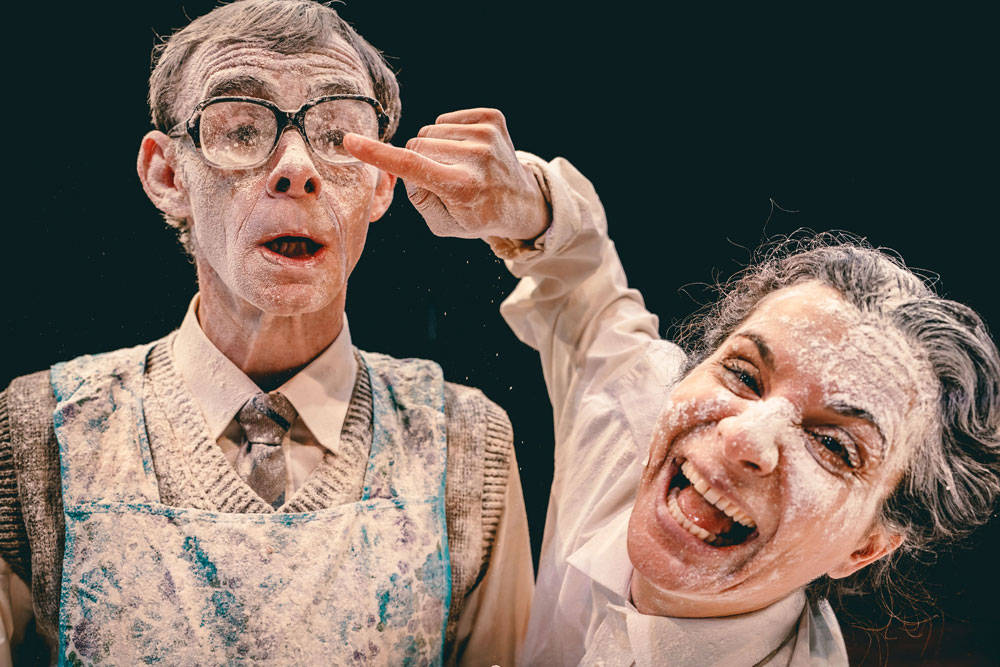 Now the book has been turned into a play. Neil has adapted it with New Vic artistic director Theresa Heskins – “a good friend of mine,” he says – a line that’s repeated about different people throughout the production.

It’s evident that Heskins knows Neil well because it appears she has captured the soul and the essence of a man whose straightforward, honest outlook endears him to everyone he meets.

Depicting Neil Baldwin’s life on stage might not have been Heskins’ easiest task at the New Vic. But with a neurodivergent cast she has produced a poignant, funny and heartfelt look at the life of one of Staffordshire’s most remarkable and inspiring characters.

The seven actors in Marvellous all get the chance to play Neil at various stages of his life as well as multiple characters who have the pleasure of meeting this unique character. 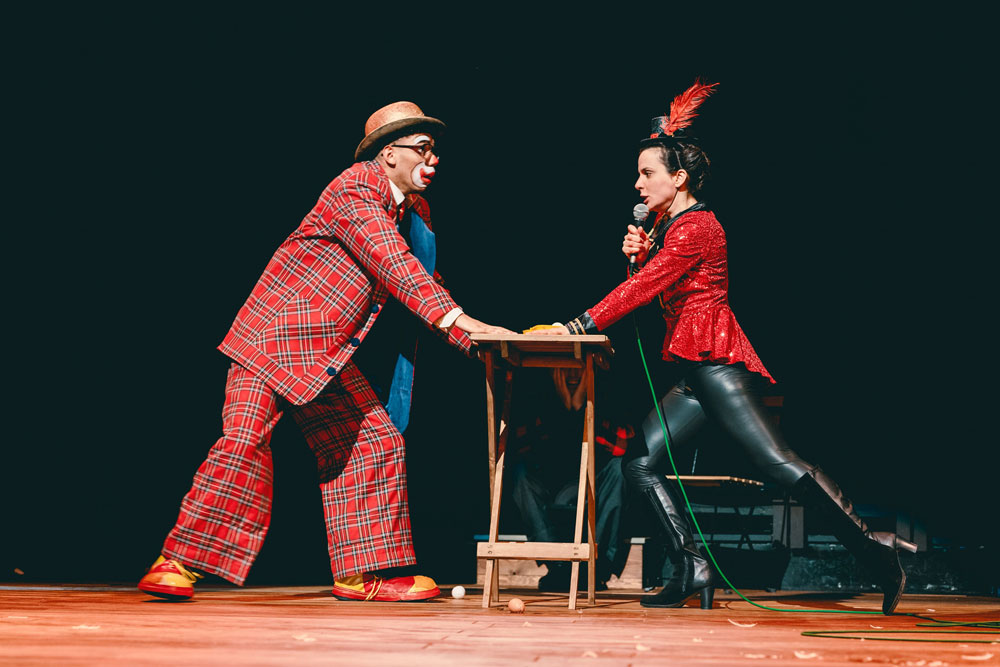 The play begins with the cast debating where they should start the story only for Neil to interrupt and tell them it should be 946 – the year he was born.

Michael Hugo, credited in the programme as Real Neil, is superb and the ideal choice to play Neil. Everything from his movement to his facial expressions and accent depict this kind, generous, uncomplicated man. It is a stunning performance from Hugo from start to finish.

You feel for him when he becomes “Nello” the clown but a ruthless circus boss refuses to pay him. You marvel at him when Stoke City players throw him into a skip and spin him around yet he refuses to confess to the manager what a frightening ordeal it was.

“In life you have to be upset sometimes” and “I’ve always had a good laugh” is his admirable philosophy that makes him even more likeable. 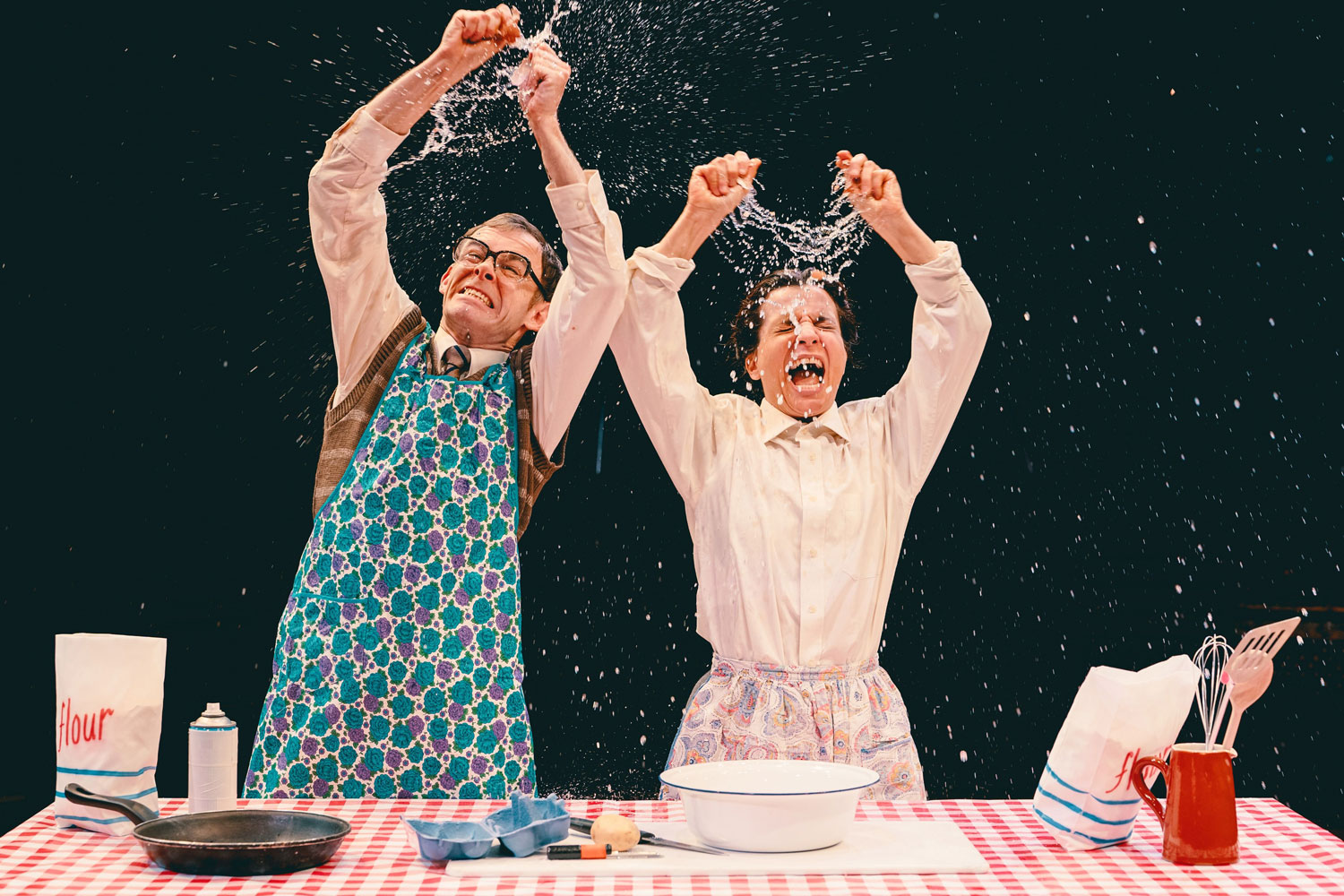 There are plenty of laughs as Neil and his mother, charmingly played by Suzanne Ahmet, cook together and are covered in eggs, flour and squirty cream. The two also enact a poignant scene when Neil’s mother is ill in hospital.

There is unstinting support from the rest of the cast, Charlie Bence, Gareth Cassidy, Alex Frost, Jerone Marsh-Reid and Daniel Murphy who play everything from unruly schoolboys to a chimpanzee that lived with Neil during his clowning days.

At one point, Hugo as Neil asks the audience: “Are you enjoying it? I am because it’s good!” It’s more than that. It’s marvellous.