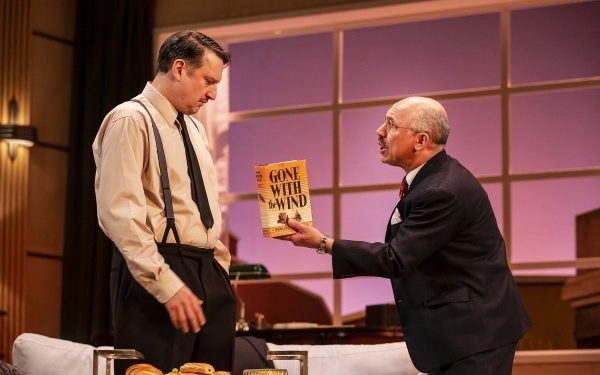 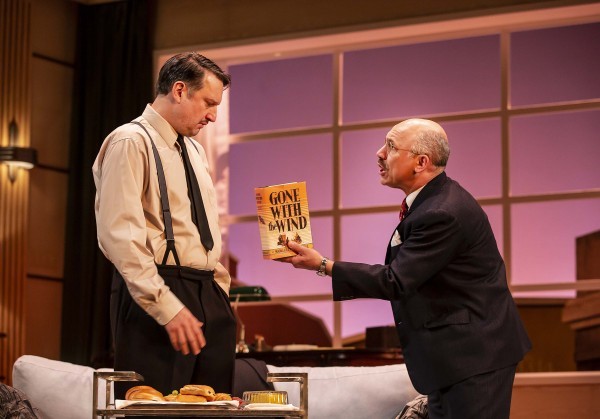 Hollywood can be a place full of magic. It can also be full of mayhem. It’s where dreams come true. But it’s also where nightmares take root and become all too real.

Ron Hutchinson knew all about how the film industry works as he was a screenwriter and experienced what it was like to have to work through the night to come up with rewrites for a shoot the following day.

In Moonlight and Magnolias he delivers a satirical look at the ridiculous yet almost true story of the making of Gone With the Wind. The play has been described as a screwball comedy and it definitely produced plenty of laughter from a Nottingham Playhouse audience.

The play is set in 1939. Producer David O Selznick has shut down production on the most eagerly anticipated movie in Hollywood’s history: the adaptation of Margaret Mitchell’s work, “the biggest sensation in publishing history”.

Selznick has been working on the project for three years. But it’s not been going well. He’s sacked the director and none of the scriptwriters including F Scott Fitzgerald has produced a screenplay he’s happy with. 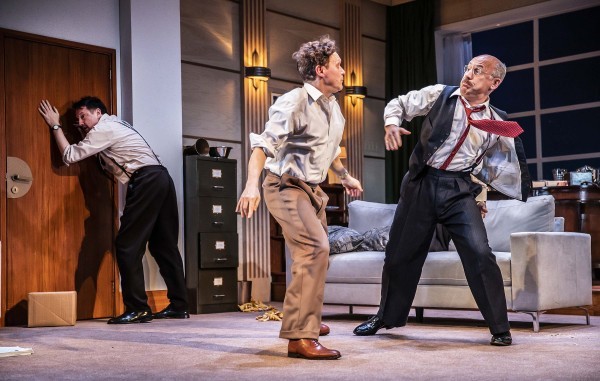 He pulls Victor Fleming off The Wizard of Oz to direct Gone With the Wind and also engages script doctor Ben Hecht to thrash out the winning words.

The three of them have only five days to create the finished product. The major drawback: Hecht is possibly the only person in the States who hasn’t read the novel. And his attitude is: “You’ll never get a movie out of it.”

Joe Alessi doesn’t just play Selznick – he is Selznick, the driven yet desperate producer determined to pull off the movie despite everyone wanting him to fail. He also wants to remain loyal to the book, even down to keeping the last line “Tomorrow is another day.”

Dan Fredenburgh as Hecht and Oscar Pearce as Fleming are at their best when they are at each other’s throats. Hecht often refers to the director’s past as a driver while Fleming always counters with jibes about the screenwriter really being a newspaper man.

Kirsty Patrick Ward’s direction gives the production pace and brings out most of the humour of Hutchinson’s script. 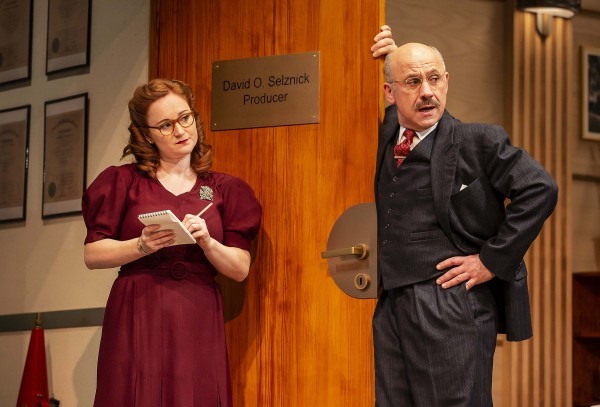 The funniest scenes are when the play’s producer and director act out extracts from the book for the writer’s benefit. Alessi is delightful as Scarlett O’Hara while Pearce is admirable giving birth as Melanie, Scarlett’s sister-in-law.

The play touches on racism when Hecht refuses to write a scene in which Scarlett slaps a black girl slave. It develops into an extended comic interlude in which the three demonstrate to one another how the slap should be delivered. Slapstick at its best.

Hayley Doherty completes the cast as Miss Poppenghul, Selznick’s secretary who tries to comply with her boss’s orders however incomprehensible they might be.

The disappointment on the night I saw Moonlight and Magnolias was that the auditorium wasn’t full. The production deserves packed houses, so perhaps more people ought to have given a damn.