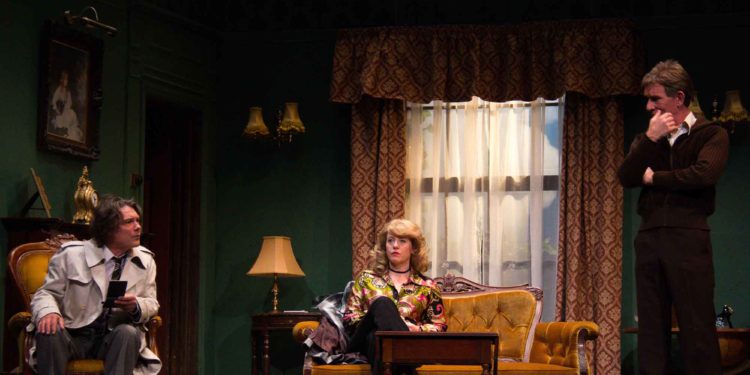 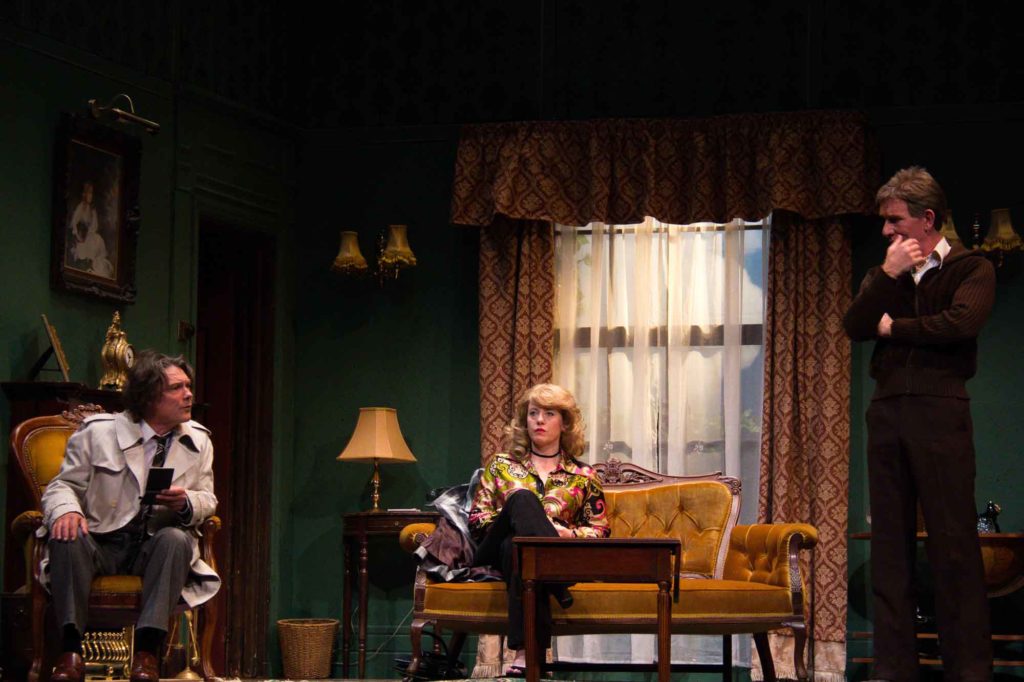 Why has Francis Durbridge become unfashionable? In these days of diversity and inclusivity, is it because his plays feature white, middle-class characters who become involved in murder and try to avoid justice with lies and deception?

Some of his works may seem dated because they are set in an era before mobile phones, social media and instant communications. Trimphones, telegrams and postcards hark back to the ‘70s—but psychological thrillers can still be gripping, no matter how old they are.

The Colin McIntyre Classic Thriller Season would seem incomplete without a Durbridge; there are always good audiences to see anything by a playwright regarded as a master storyteller.

Anyone with doubts about Durbridge’s ability to influence theatregoers nowadays should see Tabs Productions’ Murder with Love. On the night I attended, gasps could be heard around the auditorium towards the end when the action takes a twist which few people could have anticipated.

Durbridge once said his thrillers were not so much whodunnits as “will-he-get-away-with-its”. But Murder with Love doesn’t fall into that category because several characters have a motive as well as the opportunity to commit murder. Almost everyone has a dark side too. 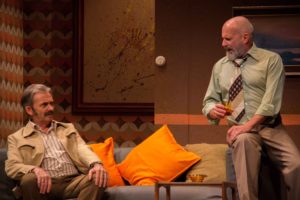 Murder with Love features Larry Campbell, a serial womaniser and salesman who’s just returned from the United States where he’s sold one of his brother’s inventions. He had to charm a billionaire’s daughter to seal the deal, which alienates his girlfriend Clare Norman. His brother Roy is unhappy about signing a contract with Larry.

Others aiming to get their own back on Larry Campbell include barrister David Ryder, quietly calculating how to get revenge for Campbell’s affair with his wife, and newspaper reporter Jo Mitchell who wants to get her hands on potentially incriminating letters which have somehow fallen into Campbell’s possession.

The acting is of the usual high Thriller Season standard. Jeremy Lloyd Thomas who played Larry Campbell in Murder with Love nine years ago reprises the role. He shows Campbell’s disreputable side but in an understated way so that he doesn’t become a caricature.

Andrew Ryan also downplays the role of Ryder so that his vendetta against Campbell seems justified. There’s sympathy for him when he becomes the chief suspect after Campbell is found dead. His protestations are restrained yet real.

Sarah Wynne Kordas shows cunning as Jo and Anna Mitcham proves to have a ruthless streak as Clare. 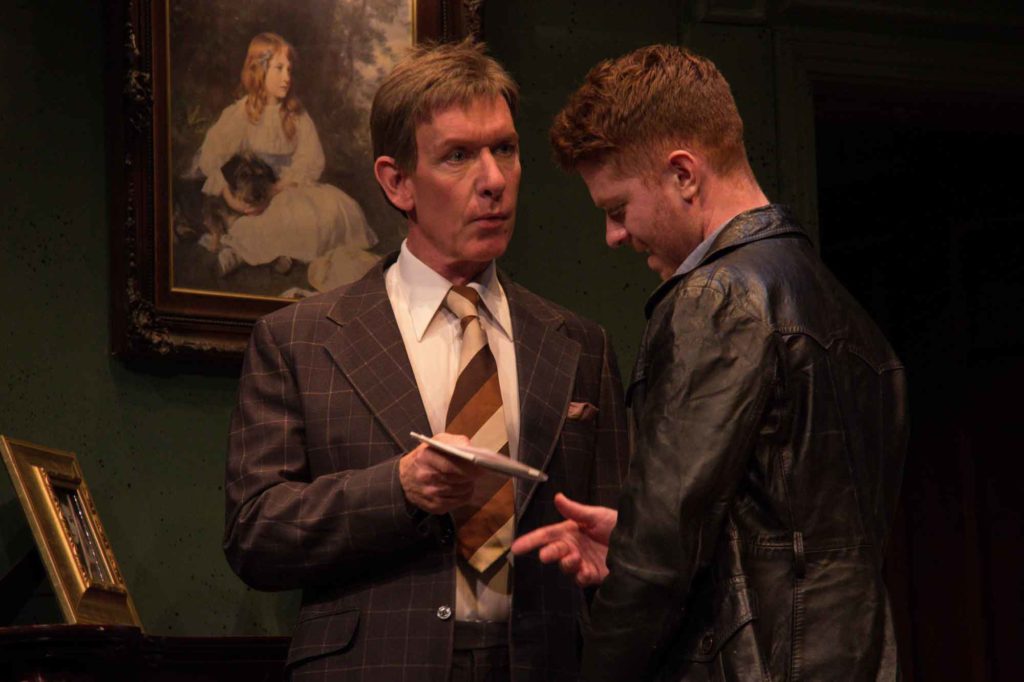 The only vaguely stereotypical part is Detective Inspector Cleaver, written by Durbridge to be an intellectually challenged officer of a slightly lower class than the people he’s investigating. John Goodrum portrays Cleaver as a cross between Columbo and Clouseau, his bumbling managing to disguise his astuteness as he relentlessly pursues the truth.

Murder with Love has nine actors, more than any other play in the 2019 Thriller Season. All of them immerse themselves in their characters and the fact that they’ve worked together several times before compensates for a short rehearsal period.

Murder with Love may not be to everyone’s taste yet the Theatre Royal presentation has been attracting people of all ages. It’s debatable whether they’re Durbridge fans or if they were persuaded to go along because of Tabs’ reputation. Whatever their reason for buying a ticket, they almost certainly weren’t disappointed.