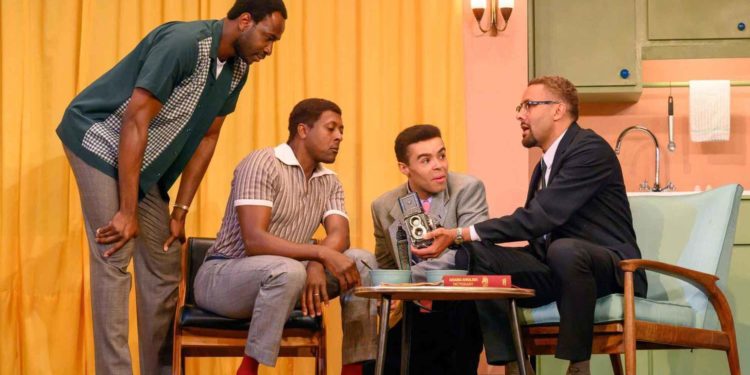 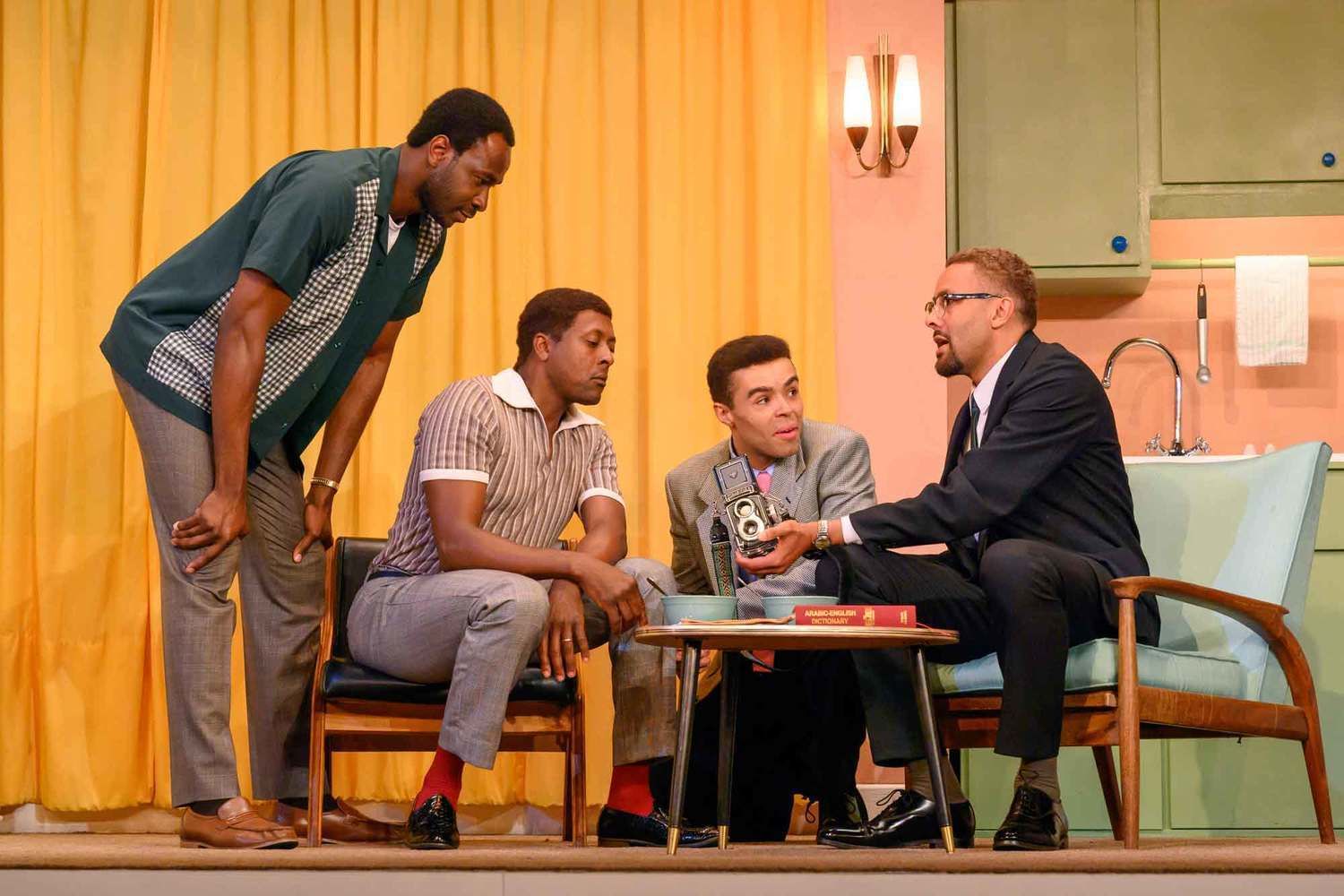 It’s 25 February 1964. Cassius Clay, shortly before he changes his name to Muhammad Ali, has just won the heavyweight championship of the world in a surprise victory over Sonny Liston.

He heads back to Malcolm X’s room at the Hampton House Motel in Miami. Clay and the prominent activist share an interest in Islam. Also at the “party” are hugely successful soul singer Sam Cooke and Jim Brown, the best American footballer in the world.

Their meeting actually happened, although nothing is known about what took place that evening. Kemp Powers has imagined what went on as these four icons, each in his own way on the verge of greatness, came together at a time of racial discrimination and white privilege.

Powers shows us four men who, despite their prominence in the black community, all had problems in their lives: Malcolm X had received death threats from the Nation of Islam, Clay was not entirely convinced about becoming a Muslim, Cooke was unsure how his popularity could advance the black man’s cause and Brown was disillusioned with the direction his career was taking.

The play gets off to a slow start. There is a fair amount of superficiality as Clay, Cooke and Brown talk about less important things in their lives—how they will celebrate Clay’s success, where they will eat, whether they should be drinking—before Powers dissects weightier issues facing them. 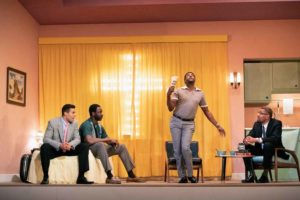 Some members of the audience did not make it past the interval on the night I saw the play. They missed an evening of committed acting and sound storytelling which has ominous overtones.

The two most gripping performances come from Christopher Colquhoun as Malcolm X and Matt Henry as Sam Cooke.

Colquhoun dominates the stage, not just because of his tall stature. He shows us a human rights activist who is almost paranoid about the FBI keeping tabs on him because of the danger he has become to white society.

Colquhoun’s scenes with Henry are sometimes electric, the two men almost sparring with each other until they reveal their mutual respect. Colquhoun pitches to perfection a scene in which he discloses that Cooke could be the loudest voice of all in their struggle for equality.

Henry is similarly impressive as he discloses he has been writing songs that could advance the black movement as well as allowing the Rolling Stones to record one of his tracks—“those white boys don’t know they’re working for us!”

His voice is little short of sensational. A finalist on the second series of The Voice (who could possibly have beaten him?) and an Olivier Award winner for playing Lola in the West End production of Kinky Boots, Henry sings “A Change is Gonna Come” with such emotion that few people in the audience could fail to be moved.

Conor Glean gives a fine rendition of Clay, a man who realises his greatness as a boxer but is not certain about his wider role. Glean looks as though he can handle himself in a boxing ring and has all the right moves when he dances what later becomes known as the Ali shuffle. 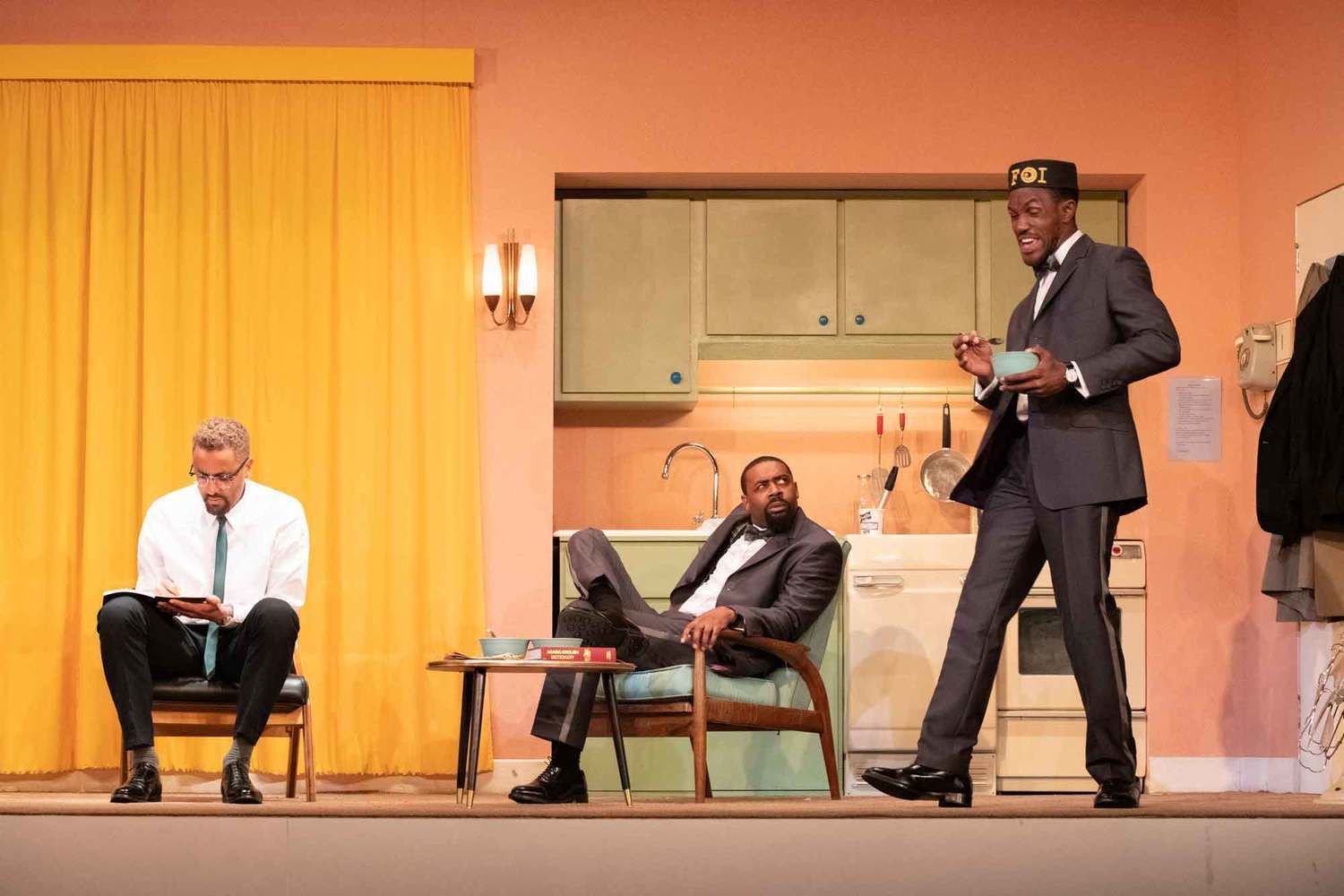 Jim Brown’s role in the play is in some ways subservient but Miles Yekinni gives the character a commendable astuteness.

One Night in Miami… might be a slow burner but, with sound direction by Matthew Xia and intense acting, it is a poignant, portentous play that shows how difficult it was even for high-profile figures to advance the movement for freedom and equality.

THE GIRL ON THE TRAIN