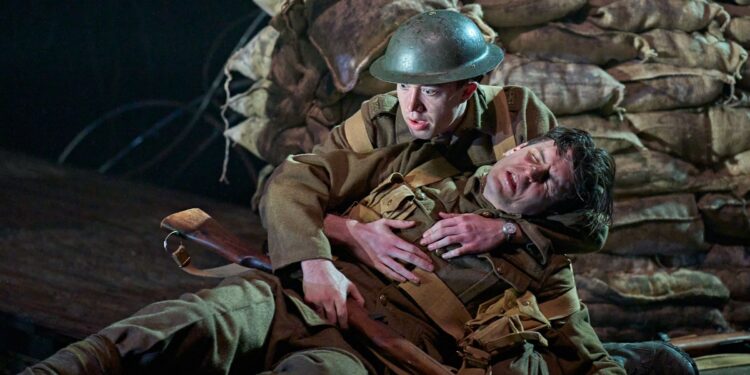 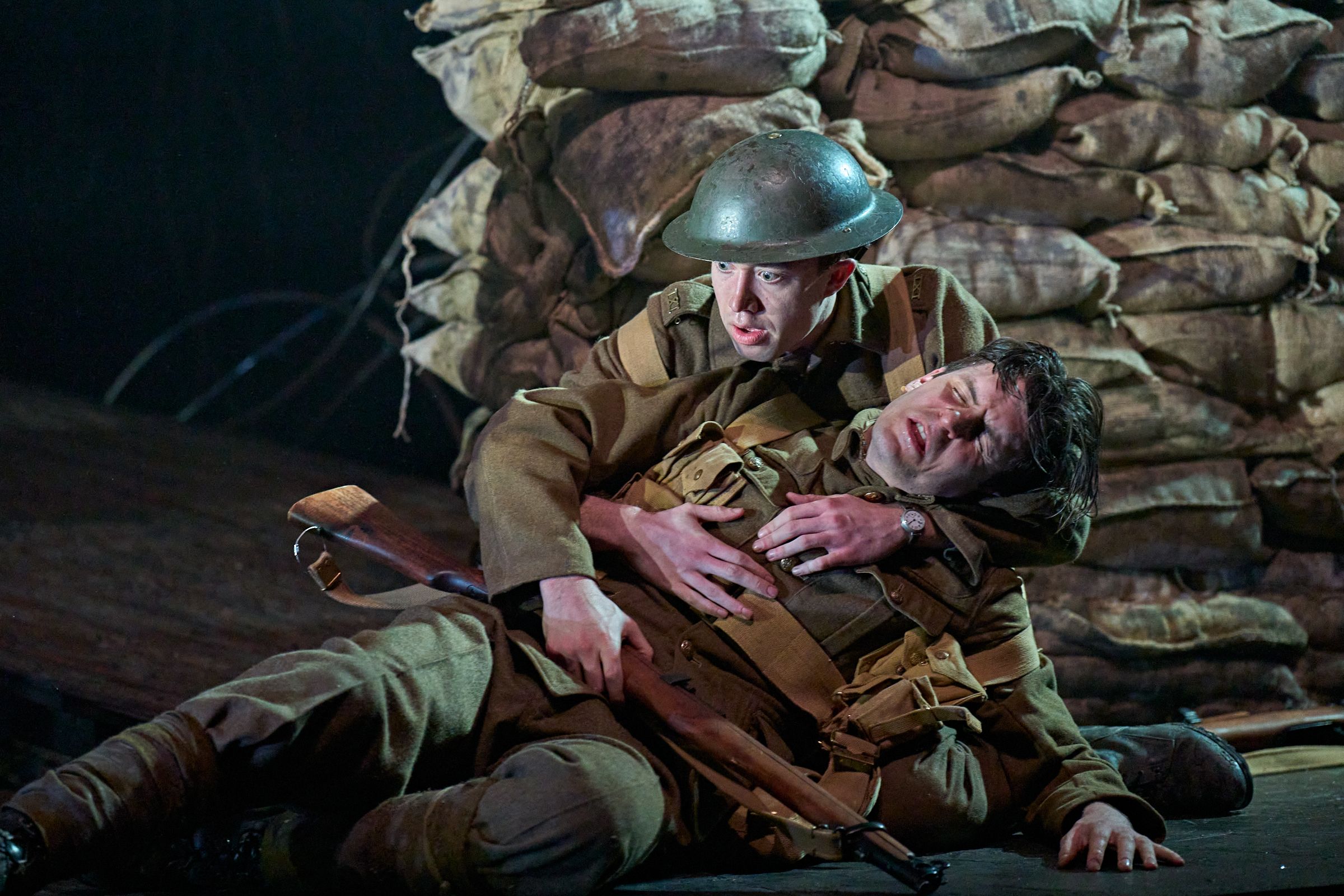 Michael Morpurgo’s favourite book of all the ones he has written is Private Peaceful. Written in 2003, it tells the story of Private Thomas “Tommo” Peaceful who is fighting a war he cannot understand for bosses he is unable to respect.

The following year Simon Reade who has been collaborating with Morpurgo for almost two decades turned the novel into a one-man show. He has since rewritten the play for a cast of 30, adapted it for the radio and come up with the screenplay for a feature-length film.

Now Reade has taken a fresh look at Private Peaceful and scripted an ensemble version which will tour the country after its run in Nottingham.

It starts with Tommo, who has already experienced the horrors of World War I, being determined to recall everything about his life from his early days growing up in Devon. Laughter, tears and trauma come to the fore as he remembers starting school, losing out as he and his brother Charlie fall in love with the same girl and suffering misplaced guilt at his father’s death when he is hit by a falling tree.

The second half of the play takes on a gloomier, more sombre tone as the stark reality of war is evident along with what Morpurgo reveals as one of the darker aspects of the Great War: how we executed our own soldiers for cowardice and desertion. 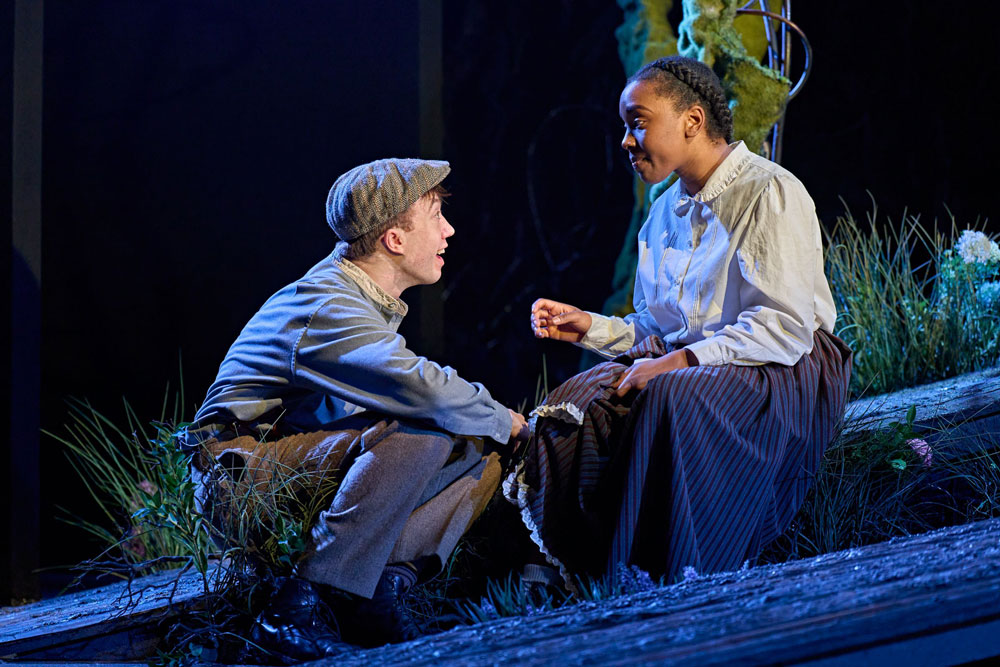 This new version of Private Peaceful will undoubtedly prove a hit with audiences all over the country. On press night at Nottingham Playhouse a number of schoolchildren took time to settle down as the play got underway. But within the first minute they were captivated by what they saw on stage.

They were especially taken with Nottingham-born actor Daniel Rainford who excels as Tommo. He is credible as both a young, mischievous boy and a troubled teenager forced to grow up too soon in the trenches surrounded by death and serious injury.

A scene in which he breaks down and proclaims that he just wants the war to end is touching and affecting.

Alongside him Daniel Boyd as Charlie displays the huge amount of love he has for Tommo and continually tries to protect his younger brother. Their band is so impenetrable that Charlie is prepared to defy orders and stay with Tommo when he is injured.

The rest of the cast take multiple roles. Liyah Summers catches the eye as Molly, the object of the brothers’ desires who is thrown out by her parents when she becomes pregnant by Charlie.

Robert Ewens gives a sterling performance as Big Joe Peaceful, the older brother with learning disabilities, and Emma Manton shows the depth of her love for her sons as Hazel Peaceful.

John Dougall seamlessly moves from one character to another, his successes including a bullying sergeant major and Grandma Wolf, the brothers’ great-aunt who takes care of them when their mother is forced to go out to work. And Tom Kanji solidly differentiates between five well-drawn characters.

Matt Haskins (lighting) and Dan Balfour (sound) make a major contribution, particularly in the second half, superbly adding to the atrocities of war. And director Elle While gets the most out of both the actors and the creative team.

Anyone who thinks Private Peaceful has exhausted all there is to say about the futility of war should see this ensemble interpretation. Morpurgo was in the audience on press night and looked as impressed as he has ever been by one of the adaptations of his work.