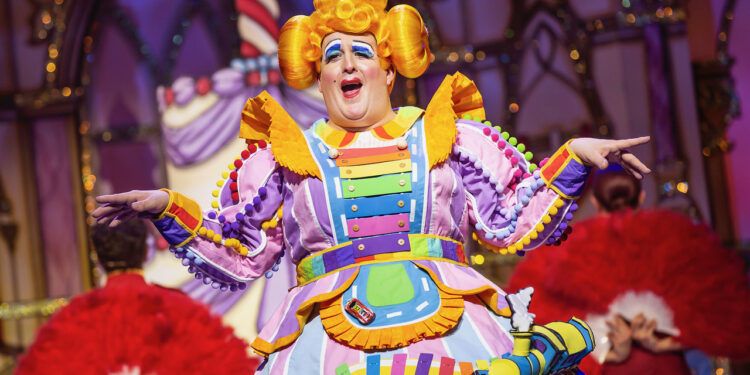 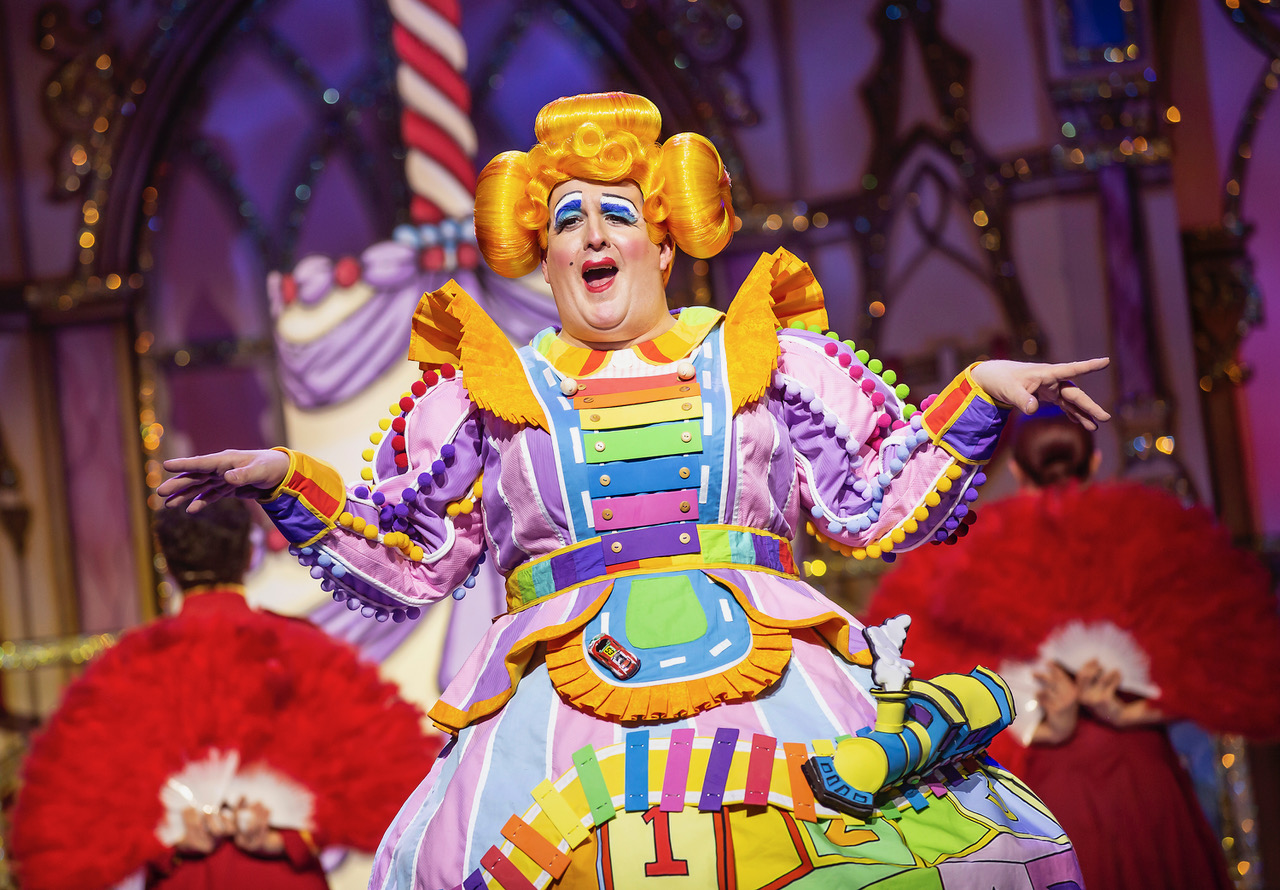 When Prince Vince (Matthew Mori) goes back in time in his quest to find Princess Rose and appears briefly in Doctor Who’s Tardis, it confirms what panto fans at Derby Arena assumed: that producers Little Wolf were anxious to throw absolutely everything into Sleeping Beauty.

The pandemic meant that the show was postponed 12 months ago. In the programme for Sleeping Beauty Little Wolf said they were “going to pull out all the stops”. It’s fairly obvious that they have achieved their aim.

From glittering scenery to sparkling costumes and a massive dragon, Sleeping Beauty is an impressive pageant from start to finish. There’s a cast of 14 augmented by a company of eight young performers along with everything you expect from a panto: songs, slapstick and spectacle. There’s even a black-light puppet segment featuring a snail, bugs, butterflies and a band called the Beetles.

Writer and designer Morgan Brind makes a strong impression as Nurse Nancy Nightley, appearing out of a huge cake as he launches into his first song, “Hello Derby” to the tune of “Hello Dolly”. Altered lyrics including “panto will never go away again” set the tone for the evening which includes several references to the pandemic as Brind demonstrates why he is one of the best dames in the business. 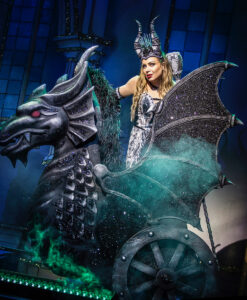 Nurse Nancy explains she is wearing her NHS dress – “cut to ribbons and no support” – while Carabosse, pitched to perfection by Rita Simons, complains that it’s tough being evil when you’re working from home.

She risks alienating herself from Derby County fans when she remarks “I hope your football club gets repossessed” – but overall she earns respect and acclaim for her performance.

Brind should take most of the accolades for his contribution. He brings the city’s football fans back on side with the revelation that he is wearing his Nottingham Forest bra – “no cups and very little support”. He wears no fewer than 15 elaborate costumes, can ad lib when things don’t quite go right and sends himself up when he confuses the name of a member of the audience.

In the past Brind has received panto award nominations for best script, best production and best dame. Little Wolf’s production of Beauty and the Beast at Derby Arena in 2017 won best set. Surely Brind will garner similar accreditation for Sleeping Beauty. 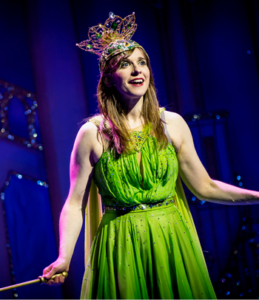 There are strong contributions from Abigail Finley as Fairy Lights, Howard Chadwick as King Darren and Sophia Lewis as Princess Rose.

Some of the comedy doesn’t work as well as it might: the jokes are either not funny or aren’t delivered in the correct way. But although some of the jokes are very old, children in the audience who might have been experiencing live theatre for the first time really enjoyed them. One youngster sitting behind me laughed almost the whole way through the evening.

Derby LIVE has already signed up Little Wolf for its 2022 panto. On the strength of Sleeping Beauty, it should be another beauty of a show that won’t encourage you to drop off to sleep.

The Play What I Wrote