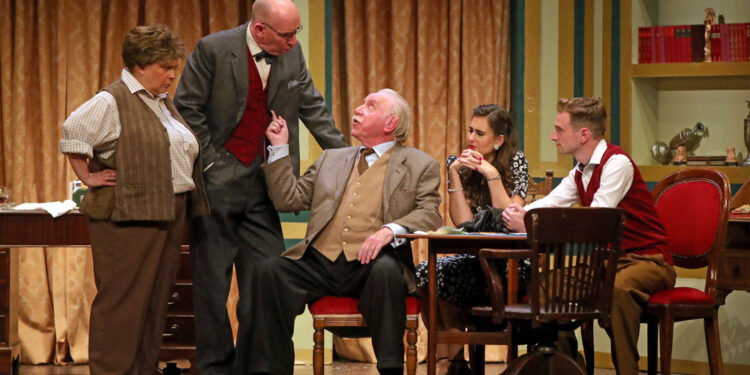 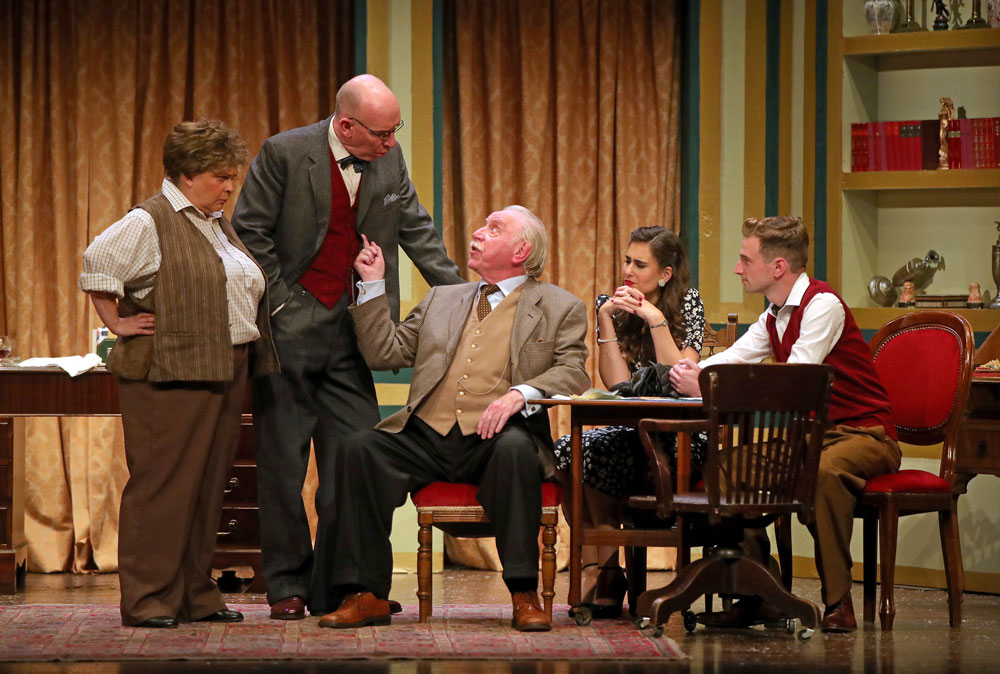 As producers of Agatha Christie’s seminal work The Mousetrap prepare to start its 70th anniversary tour at Nottingham’s Theatre Royal, another of the Queen of Crime’s plays is taking to the stage at the same venue—and proves to be a better offering in both structure and content.

Two years after The Mousetrap premièred in Nottingham, Spider’s Web opened at the Theatre Royal before transferring to the West End. Mrs Christie wrote it for Margaret Lockwood, penning a role which would display the award-winning film actress’s talent for comedy.

Now the play is being produced as one of three plays in the Colin McIntyre Classic Thriller Season, a summer staple of entertainment at the Theatre Royal since 1988.

The 2022 productions began with the two-hander Who Killed “Agatha” Christie? by Tudor Gates, which was on tour before its arrival in Nottingham. Spider’s Web picks up after a two-week hiatus and Night Must Fall concludes the season, with six of the Spider’s Web cast treading the boards in Emlyn Williams’s thriller. 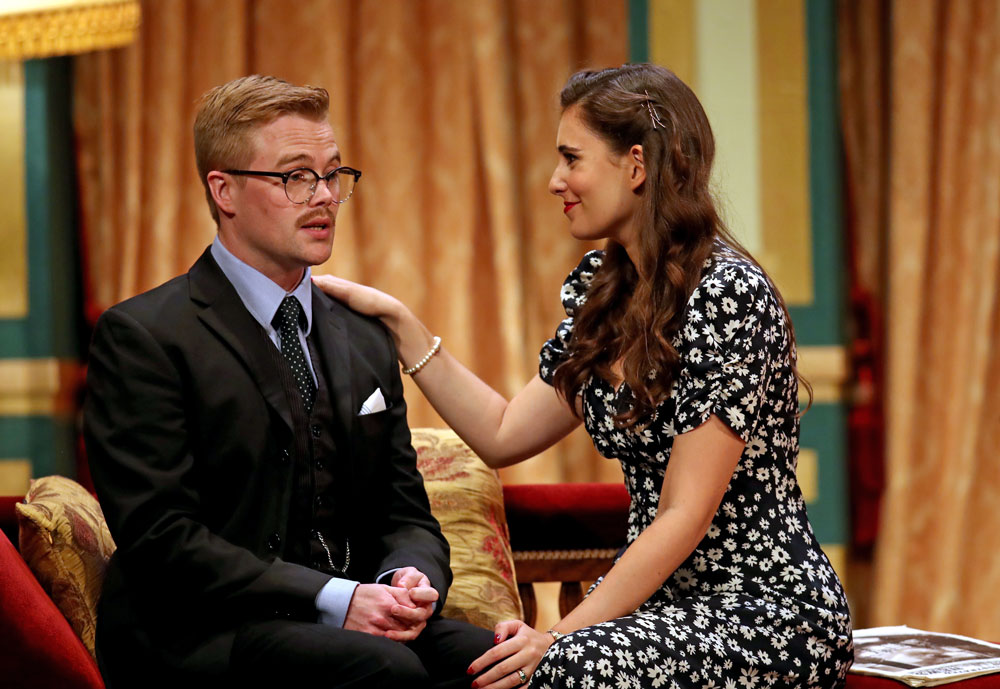 It must have been a bold decision to include Spider’s Web because of its large cast, 11 in all. The move by Karen Henson of Tabs Productions, who directs, turns out to be a laudable success.

Spider’s Web is set in Copperstone Court, the home of the Hailsham-Browns, in 1953. Henry is a Foreign Office diplomat and, while he is working, his wife Clarissa plays a game called “Supposing”. She imagines what she would do if she were to find a body in the house. When her game becomes real, she has to decide how to dispose of the body before her husband returns home with an important foreign politician.

Lara Lemon is excellent as Clarissa, her charming, coquettish manner convincing her house guests to help her to hide the body. With her flirtatious, alluring behaviour, she gets away with her increasingly fantastical attempts to convince the police that no murder has been committed.

George Telfer, who played Inspector Lord in Spider’s Web at the same venue in 1992, reprises the role, giving the investigator a steely exterior in his determination to catch the killer as well as being exasperated with Clarissa as she continues to spin her web of lies. 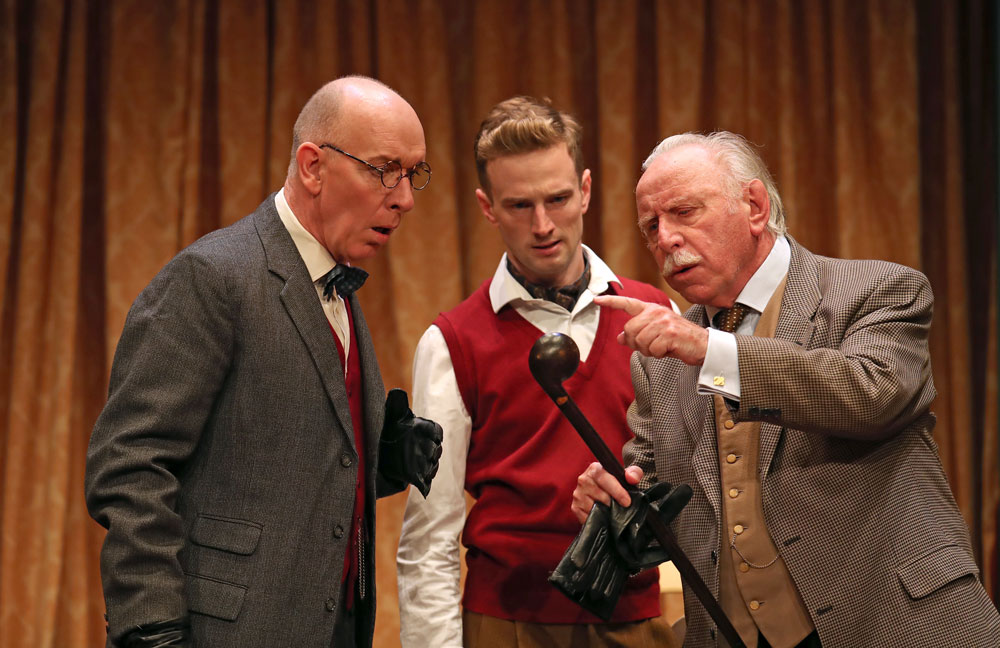 Susan Earnshaw is delightfully humorous as eccentric gardener Mildred Peake. She revels in the part, which has some of the funniest lines in the play yet retains an air of mystery.

There is solid support from David Osmond as Henry Hailsham-Brown, Juliette Strobel as his daughter Pippa, Jeremy Lloyd Thomas as the butler Elgin, John Goodrum as Oliver Costello and Ed Telfer, George’s son, as Constable Jones.

Tabs’ presentation of Spider’s Web shows that Agatha Christie can do comedy as well as drama. It is a play that will probably not be performed much in these financially restrictive times because of its big cast. It is well worth a trip to the theatre which has such an affection for and connection with Mrs Christie’s work.

Mickleover: “one of the best places to ...