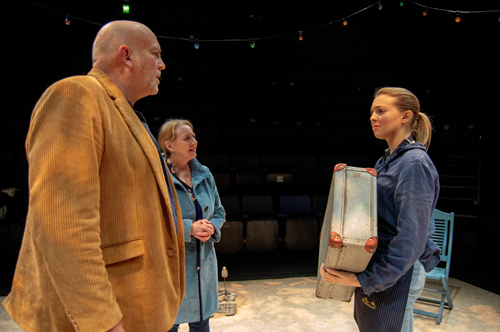 The problems presented by lockdown have been extensively catalogued over the past 18 months, although some theatre companies actually benefited from a new way of working.

Take the Godber family. Playwright John, his wife Jane and their daughters Martha and Elizabeth were in a bubble, so they were able to work together on a new piece of work.

The result is Sunny Side Up!, a story about three people who run a struggling bed-and-breakfast on the Yorkshire coast who are hopeful that they can take advantage of the rise in popularity of the staycation.

It’s just over a year since the Stephen Joseph Theatre in Scarborough asked Godber if his family bubble would have anything to present when theatres reopened. Sunny Side Up! began in a shortened form with five performances in Scarborough which went down so well that the Godbers developed the work into a full play. 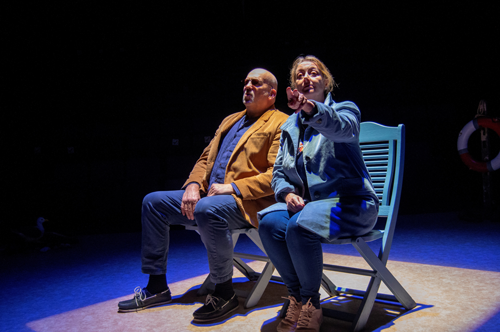 Working-class Barney and Tina along with their daughter Cath are proprietors of the Sunny Side boarding house in Sunnyside – voted the worst seaside resort in the country. When they have a cancellation Tina invites her brother Graham, a retired university pro-vice-chancellor, and his wife Sue to stay.

If there’s one thing that Godber is known and respected for, it’s his observational comedy. Sunny Side Up! has masses of it, from the biting comments the two married couples make about how they differ in class to Cath’s failure to recognise that vegans do not eat eggs.

Godber has written more than 60 plays and has directed a good number of them. Sunny Side Up! gives him the opportunity to show off his acting prowess too.

As Barney he is totally comfortable as the down-to-earth Yorkshireman who is easily riled when things don’t go as expected. He wishes people would stay at home rather than visiting Sunny Side but still send him the money. Godber also fits neatly into the role of Graham, the snobbish professor who has been forced to spend time at Sunny Side despite his misgivings.

Godber’s wife, using her stage name of Jane Thornton, is commendable as long-serving Tina, who struggles to keep Barney in check, and Sue who has sung at Covent Garden yet delights in performing karaoke at the local pub.

The revelation of the evening is Martha Godber. She comes over as slightly uncaring as Cath, does not look out of place playing a 90-year-old resident of Sunny Side and excels as Kelly. She is the uninhibited young woman who cannot afford anywhere else for her holiday and does not hold back on making her feelings known, even to strangers. 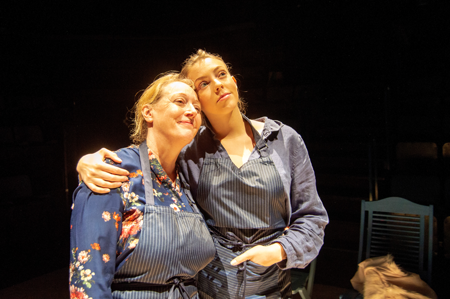 An altercation between Kelly and Graham is especially poignant as she berates him for aspiring to achieve a higher class status and ignoring those who are unable to shake off their roots. It is the only time that Godber gets political during the play.

There are few things better than hearing an audience guffawing and that was clearly evident at the New Vic on the night I attended. They particularly enjoyed a scene in which Graham is left wheezing and incapacitated after making his way up a huge number of stairs to his bedroom in the attic.

It is obvious that the Godbers worked extremely hard on Sunny Side Up!, rehearsing and refining it so that the timing is immaculate.

These days all some people want from the theatre is a good night’s entertainment with plenty of laughs. Sunny Side Up! satisfies that on all counts.