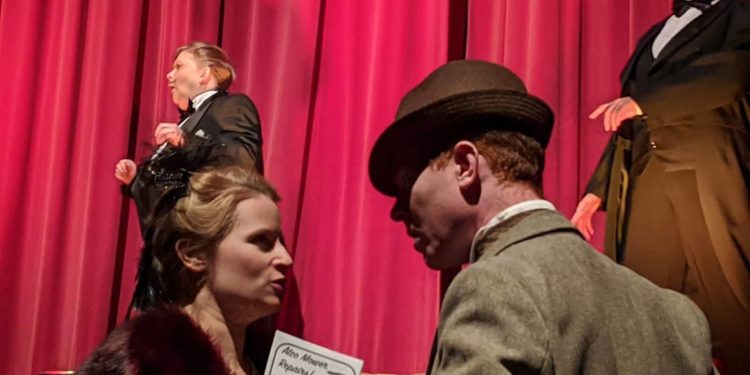 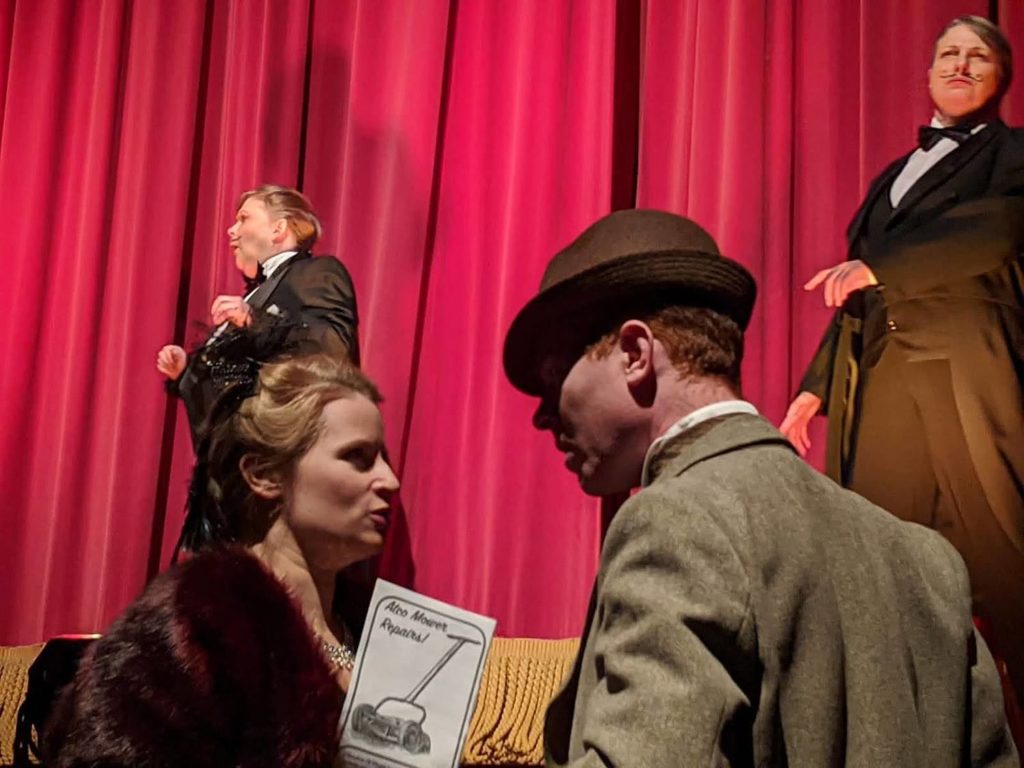 One of the saddest things about theatre today is there are so few repertory companies that are still going.

Speak to any mature actor who started his or her career in repertory theatre and you will almost certainly hear heart-warming tales centred on performing a variety of characters over a short period of time. Presenting one play while simultaneously rehearsing the following week’s used to be a norm; now only a handful of companies are prepared to continue the art.

At the forefront are Tabs Productions and Rumpus Theatre Company, currently three-quarters of the way through a spring play season at the Pomegranate Theatre in the shadow of Chesterfield’s crooked spire. The strain of producing four plays in four weeks can take its toll. But it’s never noticeable on stage.

The bonus for the actors is they get to play contrasting roles that they might have waited years to be cast for if it were not for the existence of repertory companies.

Take Chris Sheridan and Anna Mitcham. They are appearing in their third play in four weeks. 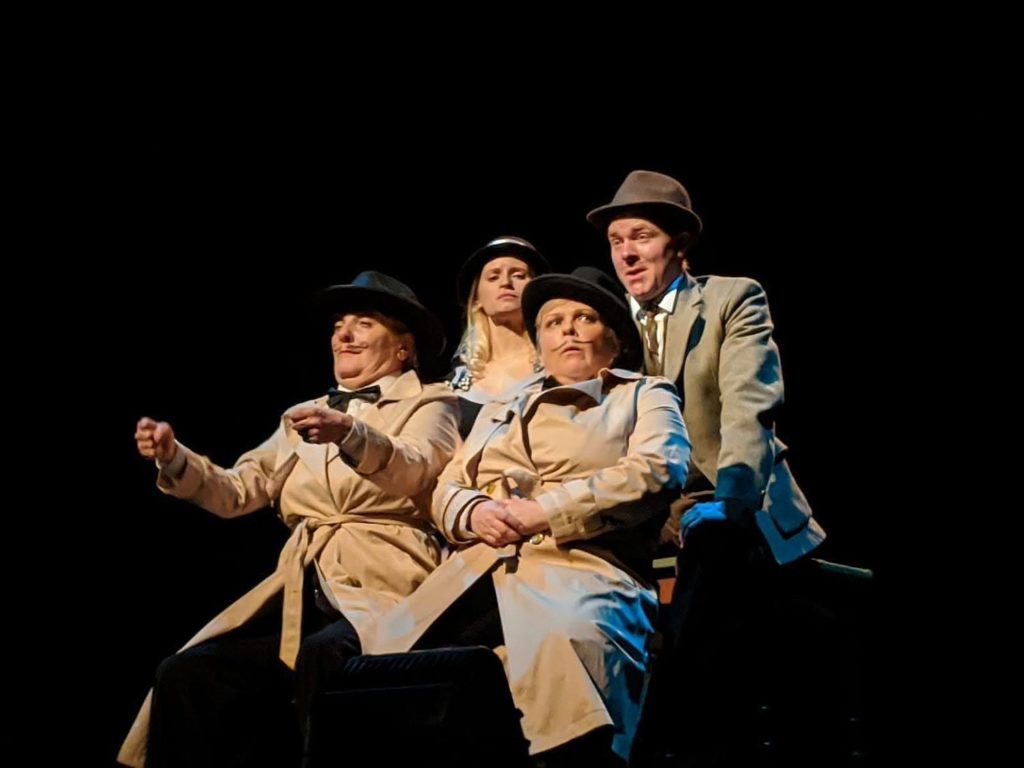 Sheridan is an excellent choice to play dashing hero Richard Hannay in The 39 Steps. He brings the necessary suaveness and elan to the role as well as a surfeit of energy, enabling him to throw himself across the stage when he is being pursued for a murder he did not commit.

The production allows him to show a divergent side to his talents from ex-convict Mike in the first play, Frederick Knott’s Wait Until Dark, and the exuberant, jealous, anger-suppressing Peter in Alan Ayckbourn’s Time and Time Again.

Mitcham who gave a “stunningly good” performance in Knott’s psychological thriller and a measured, credible display as Joan in the gentle Ayckbourn comedy is just as successful in The 39 Steps.

She immediately impresses as German spy Annabella Schmidt who gets stabbed in the back early in the first act. She re-emerges as Margaret, a downtrodden yet defiant crofter’s wife when the action moves north of the border, and she marvellously portrays Pamela who has a love-hate relationship with Hannay when the two of them are handcuffed together.

Sheridan and Mitcham are suitably cast, as are the two other actors in the production. Karen Henson relinquishes her directorial responsibilities of the previous two shows and appears alongside Susan Earnshaw, the pair of them lapping up “all other 250 roles”, as the programme exaggeratedly refers to their contribution. 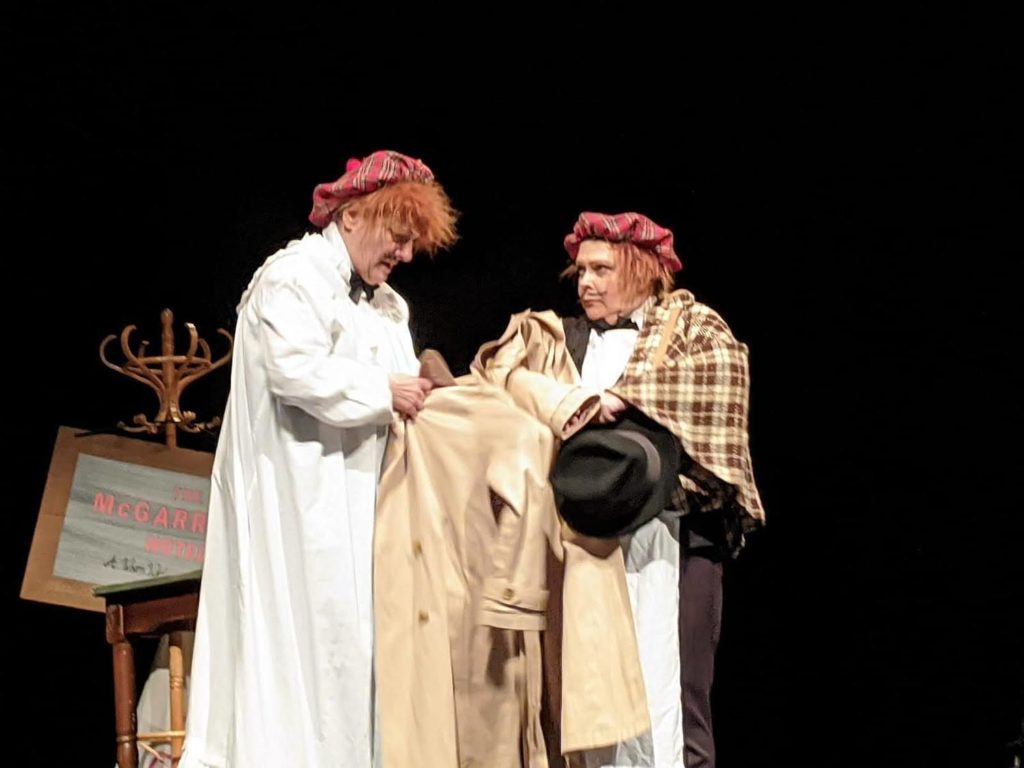 Traditionally, these parts are played by men who can sometimes give the impression that they have just finished a run in pantomime. Here Henson and Earnshaw add an extra comedic layer with their moustaches and beards as they turn into everything from Scottish hotel owners to intellectually challenged policemen.

In one scene, Henson plays three characters one after the other, differentiating between them by adopting a particular accent or changing hats which somehow are placed exactly where she needs them.

The 39 Steps is full of madcap, slapstick, British humour which may not be to everyone’s liking. Here the show which won an Olivier Award for best new comedy in 2007 and ran for nine years in the West End is given a slick, upbeat interpretation by director John Goodrum.

Should you take 39 steps to see it? I travelled nearly 39 miles for the privilege. Well worth it.