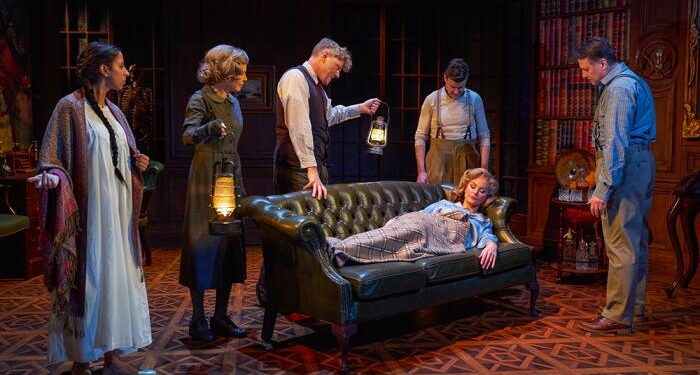 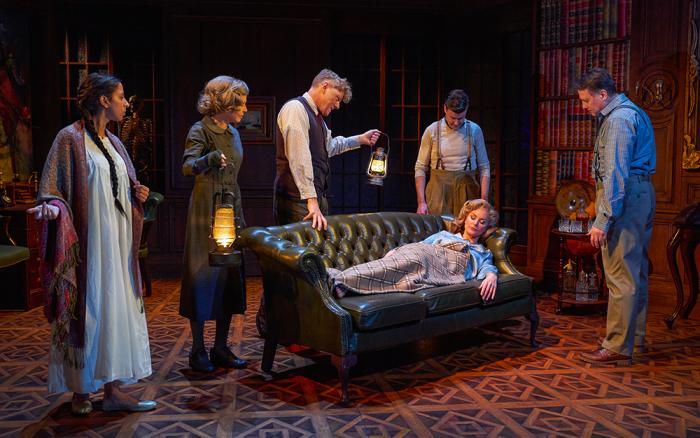 The cast of The Cat and the Canary

There is always a danger when calling yourself The Classic Thriller Company that audiences might not agree that a play you put on deserves the epithet “classic”.

Bill Kenwright’s organisation could hardly be accused of that with its presentations of Sidney Gillat and Frank Launder’s The Lady Vanishes in 2019 and Simon Brett and Antony Lampard’s adaptation of Ruth Rendell’s novel A Judgement in Stone two years before that.

Now The Classic Thriller Company is resuming its tour of Carl Grose’s take on John Willard’s 1922 black comedy The Cat and the Canary which in some respects can be described as a ghost story.

Some people may not be familiar with the work which spawned three films over a 51-year period starring the likes of Bob Hope, Honor Blackman and Edward Fox. 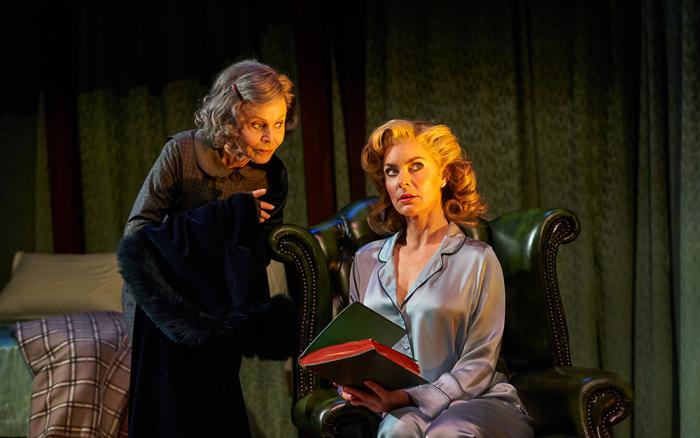 The play revolves around the six distant relatives of eccentric Cyrus West, who died 20 years previously, meeting up for the reading of his will which will reveal who will inherit his fortune.

There are shades of Agatha Christie’s And Then There Were None when a gramophone record is played giving the details. But there is a second record which will be brought out only in the event of the heir being declared insane. So how many of the other five relatives are willing to try to get the true heir out of the way?

Throw in the escape of a homicidal maniac dubbed The Cat from a nearby lunatic asylum and a haunted house on a stormy night and you have all the ingredients for a shocking, thrilling and funny evening’s entertainment.

The tour of The Cat and the Canary starts again at Derby Theatre and the bonus for Derbyshire audiences is the casting of Belper-born Tracy Shaw as Annabelle, described as the heroine of the piece.

Remembered for her Coronation Street role as hairdresser Maxine Peacock, Shaw is graceful, classy yet vulnerable as the successful author Annabelle who is the target of several of her relatives’ affections. 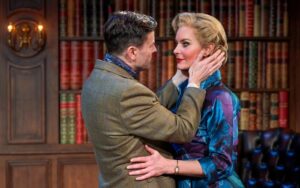 Shaw is not the only one to catch the eye in the cast of ten. Antony Costa impresses as Paul the vet, the socially inept yet likeable buffoon while Ben Nealon shines as Charlie, the actor who has bounced back from a gambling addiction that put paid to his relationship with Annabelle.

Gary Webster comes out on top as Harry the boxer who struggles to contain his pugnacious tendencies. Eric Carte adds gravitas as Crosby the lawyer who aims to ensure that Mr West’s last wishes are followed completely, no matter how outrageous they might be.

Britt Ekland gives a reasonable portrayal of the housekeeper, the inappropriately named Mrs Pleasant who seems to know more about the spirits that haunt the house than she lets on.

Roy Marsden, who has directed previous Classic Thriller company plays, cleverly brings everything together. To be successful, a ghost story needs excellent lighting and sound; these are in the capable hands of Chris Davey and Dan Sansom. Applause too for the set, West’s library in the first half and Annabelle’s bedroom in the second, excellently put together by takis.

There is a frenetic finale which has more twists than an Olympic diver’s medal-winning routine. I defy anyone to guess the outcome.

Some of the cast in the minor roles are weak, but that does not detract from the enjoyment of The Cat and the Canary which on this showing is arguably a genuine classic.