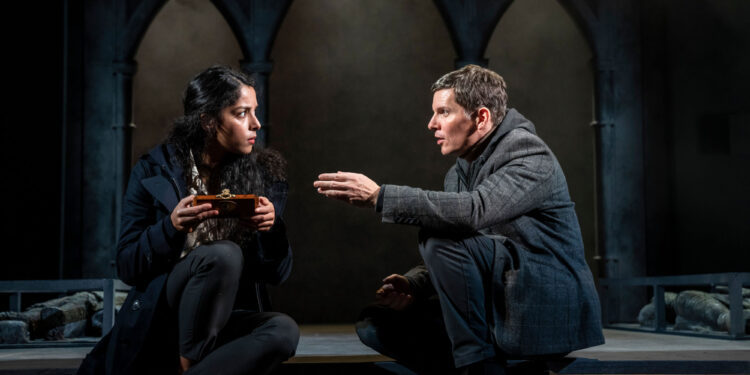 Rachel Wagstaff and Duncan Abel based on the novel by Dan Brown
Theatre Royal, Nottingham
18–22 January 2022 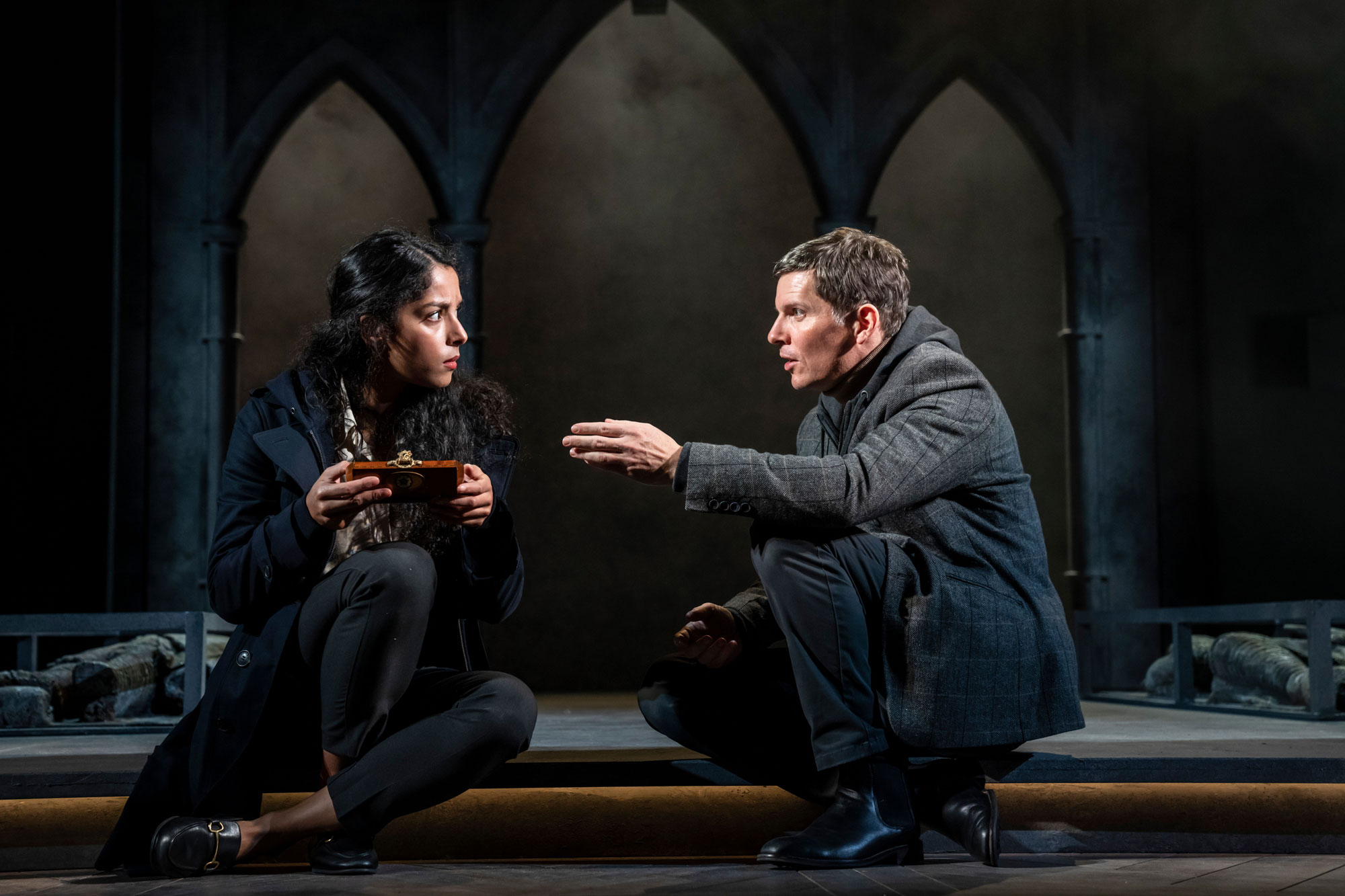 Dan Brown’s 2003 mystery thriller The Da Vinci Code has sold more than 80 million copies and been translated into 44 languages. It was denounced by many Christian denominations as an attack on the Catholic Church and criticised for its theory that Jesus Christ and Mary Magdalene had a child together.

But that did not stop Ron Howard making it into a film featuring Tom Hanks, Audrey Tautou and Sir Ian McKellen. Now Rachel Wagstaff and Duncan Abel who in 2019 turned Paula Hawkins’ The Girl on the Train into a play have deciphered how to put The Da Vinci Code onto the stage.

I’ve only just read the book and seen the film, so I was eager to see how the work would transfer into a theatre setting. And after only a few minutes watching director Luke Sheppard’s take on the show, I got the feeling that I was watching something exceptionally clever.

As in The Girl on the Train, the action hurtles along, astutely taking the audience to several locations including the Louvre in Paris, a couple of churches, the French branch of a Swiss bank and the chateau of Holy Grail expert Sir Leigh Teabing. 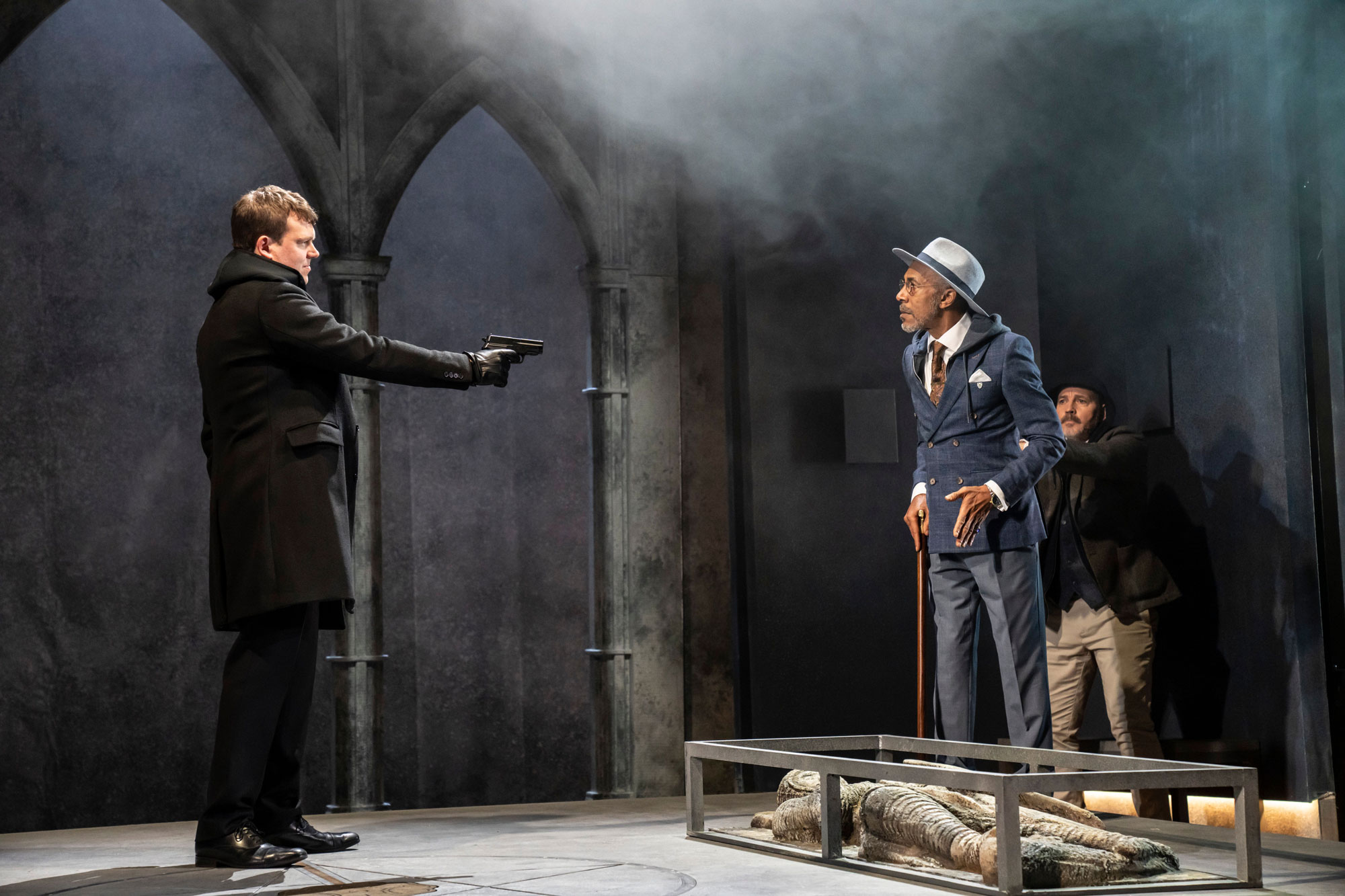 If you do not know the plot, The Da Vinci Code features American symbologist Robert Langdon and cryptologist Sophie Neveu who try to find out why Louvre curator Jacques Saunière has been murdered. Saunière left a cryptic message and the police tell Langdon he has been summoned to decode it. But Langdon is regarded as a suspect.

Langdon and Neveu have to solve a complicated puzzle to prevent a historical truth being lost for ever.

The three actors playing the main protagonists in The Da Vinci Code all give superb performances. Nigel Harman, best known for playing Dennis Rickman in the BBC soap EastEnders, shines as the erudite yet slightly awkward Langdon who is driven in his search for the truth.

Making her UK theatrical debut, Hannah Rose Caton is totally credible as Sophie, prepared to risk everything to uncover what happened to Saunière who turned out to be her estranged grandfather. It is a confident and thrilling portrayal. 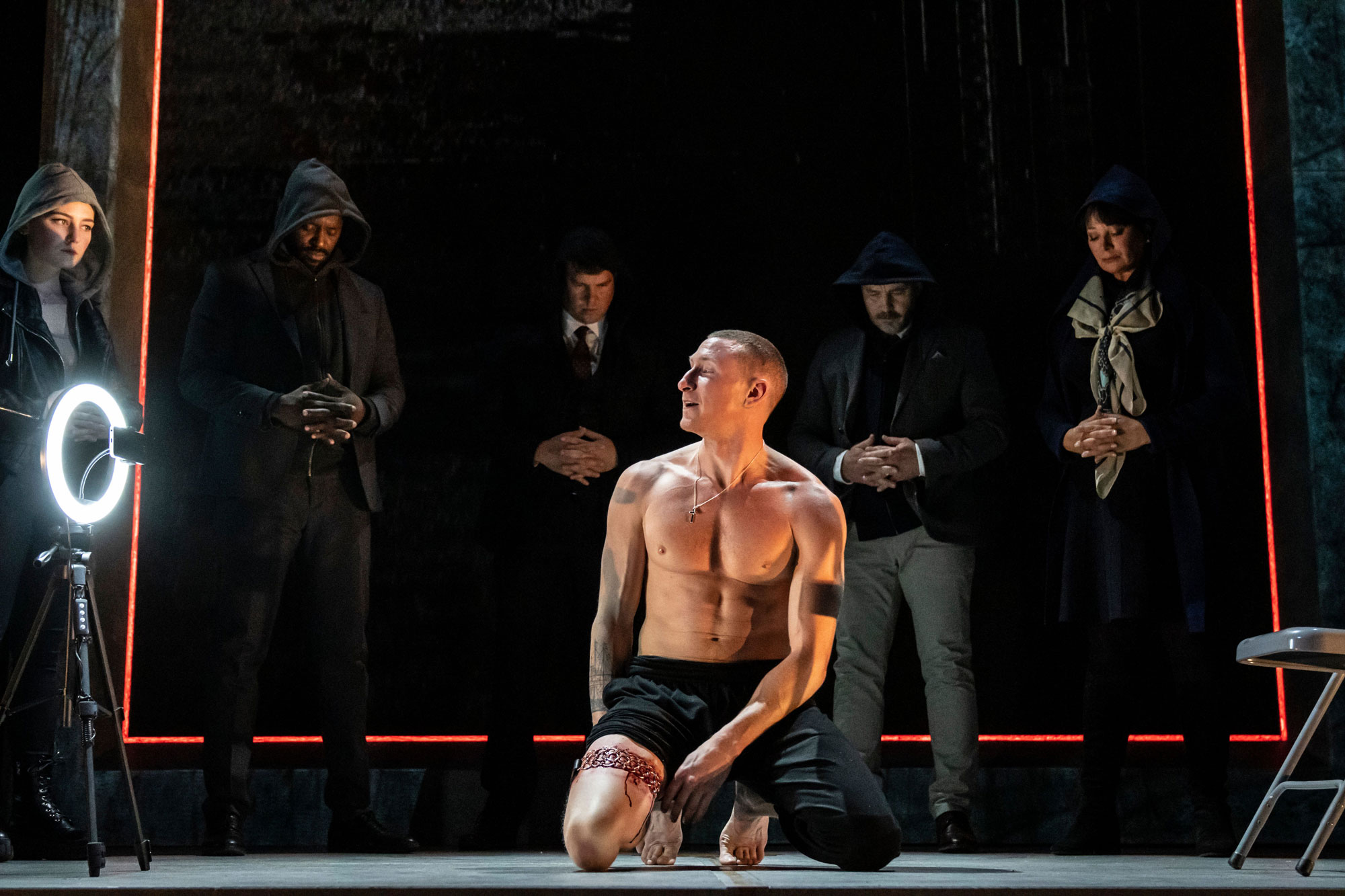 Joshua Lacey (Silas) with members of the company

Danny John-Jules excels as the disabled Teabing, obsessive in his desire to find the Holy Grail which will reveal how the Church has kept secret Jesus’ lineage.

There are also strong performances from Alasdair Buchan as Remy, Teabing’s servant with his own secret, and Joshua Lacey as Silas, the self-flagellating monk with the misplaced belief that God wants him to do evil.

Wagstaff and Abel have condensed the book which is almost 600 pages long into a production lasting just over an hour and a half. Their pruning is not totally satisfactory: the script does not explain enough about Opus Dei, the controversial religious group attached to the Catholic Church which has Silas as a member. That can be an obstacle for someone who has not read the book to understand.

However, the ending of the stage play is more satisfying than either the novel or the film. It may be a mystery why The Da Vinci Code has been popular for almost 20 years but there is nothing mysterious about why Luke Sheppard’s production will be enthusiastically received all over the UK on its current tour.

This review originally appeared on the British Theatre Guide website

Danny John-Jules: from Red Dwarf to The ...