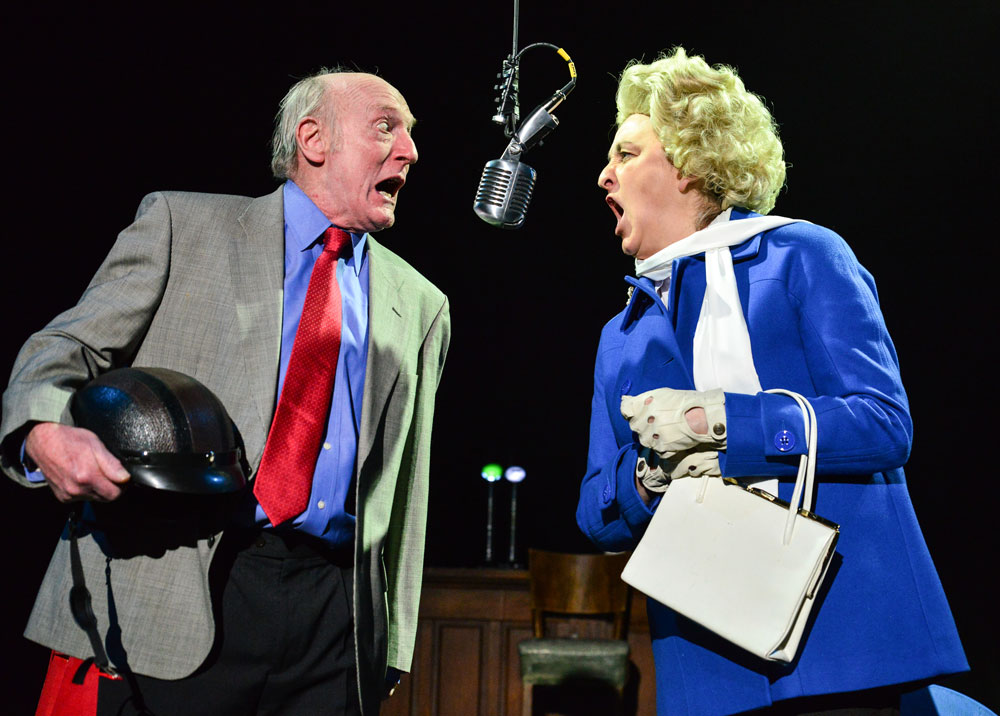 He was a Labour MP for almost 50 years, always standing up for the miners in his constituency, and was thrown out of the House of Commons on at least ten occasions. But Dennis Skinner also liked singing, had a love of nature and used to go to a Friday market to hear what young people were talking about.

Both the public and private personas of Dennis Skinner are revealed in Kevin Fegan’s new play The Palace of Varieties which does not leave out the less than satisfactory side of the man dubbed “the beast of Bolsover”.

Fegan emailed the MP to ask if he could write a play about his life and times. The playwright got a call the next morning from Skinner who said he did not do emails, preferring to talk face to face or on the phone.

He invited Fegan to London to what Skinner referred to as “the palace of varieties”. The Derbyshire writer realised that singing and nature “were the ways into the man’s soul”. 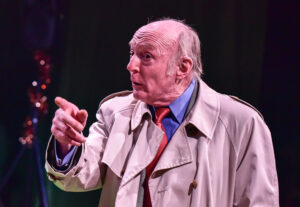 When you arrive at Derby Theatre for the play, you are directed through the auditorium to the curtained-off stage which has been turned into an area serving as the chamber of the House of Commons. It also becomes the pit where Dennis worked before he became an MP, a bar with a fruit machine and a pool table and various other locations.

Recorded snippets of Skinner’s speeches are played at strategic moments and a typical Skinner rant is heard as Gareth Williams assumes the role of the politician.

Williams who appeared at Derby Theatre as Ebenezer Scrooge in Dickens’ A Christmas Carol in 2019 does not impersonate Skinner. Instead he shows us the many facets of the legendary character from his days as a lad playing on pit tips near his home to being in hospital with an infection after a hip operation. That meant he could not campaign at the 2019 General Election at which he lost his seat to the Conservatives.

It is an astonishing performance from Williams who is totally credible as Skinner. Williams who was a singer with the a cappella group The Flying Pickets gives fine renditions of snippets of songs including “I Believe” and “I Won’t Back Down”.

There is no doubting that Williams is the man described by one Derbyshire resident as “the nicest person who ever chewed on a slice of bread and dripping”.

During his mining days you feel for him as he crawls along a coal face which threatens to collapse before becoming an official who has to tell miners’ wives that they have become widows after an accident at the pit. 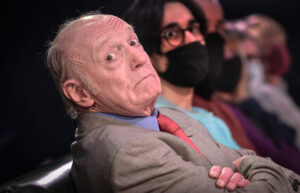 At one point Skinner becomes a competitor in the Scarcliffe soap box derby in which he races against Margaret Thatcher, authentically portrayed by Lisa Allen. Skinner gives as good as he gets.

Allen also plays a number of characters including Skinner’s mother who suffered from dementia, the first woman on the picket line during the miners’ strike and a girl who is bemused by what she sees on a visit to the Commons.

The only other member of the cast is Jack Brown who also takes several roles. He gives an impressive portrayal of Boris Johnson and excels as a stereotypical Tory MP with more poshness than concern for his constituents.

Fegan has done an admirable job on the script, even including an unsavoury episode in which Skinner separated from his wife and took up with his parliamentary assistant.

The Palace of Varieties is a thrilling new play which sheds light on one of the more colourful characters to have been immersed in politics in recent decades. Dennis Skinner was far more than a Derbyshire MP and the play can definitely be enjoyed by people living beyond the county’s boundaries.