THE RISE AND FALL OF LITTLE VOICE Jim Cartwright’s 1992 opus The Rise and Fall of Little Voice is revived on a regular basis and rightly so. The Olivier Award-winning comedy drama about a shy girl who shuts herself away from her intolerable mother and listens to vinyl records that belonged to her dead father is a touching, poignant exploration of a dysfunctional family and the brutal showbiz world that the girl is thrust into.

I have seen the show several times. In reviews of the production at Birmingham Rep in 2015 and Derby Theatre in 2014 I remarked how some directors were inclined to deliver an over-the-top version of the show, with the actors making their characters more flamboyant than Cartwright intended.

Thankfully that was not the case with those two versions and Bronagh Lagan resists the temptation in this touring production. That makes the show enjoyable throughout.

As you might expect, The Rise and Fall of Little Voice stands or falls on the capabilities of the actor playing Little Voice, the young girl who sheds her timorousness to imitate world-class singers including Judy Garland and Shirley Bassey.

Naturally enough, Christina Bianco is marvellous as Little Voice. She has been nominated twice for a Drama Desk award – which recognises excellence in New York theatre – and has been dubbed “the girl of a thousand voices”. The American gives an almost flawless performance, just occasionally lapsing into a Stateside voice when singing a Cilla Black song. 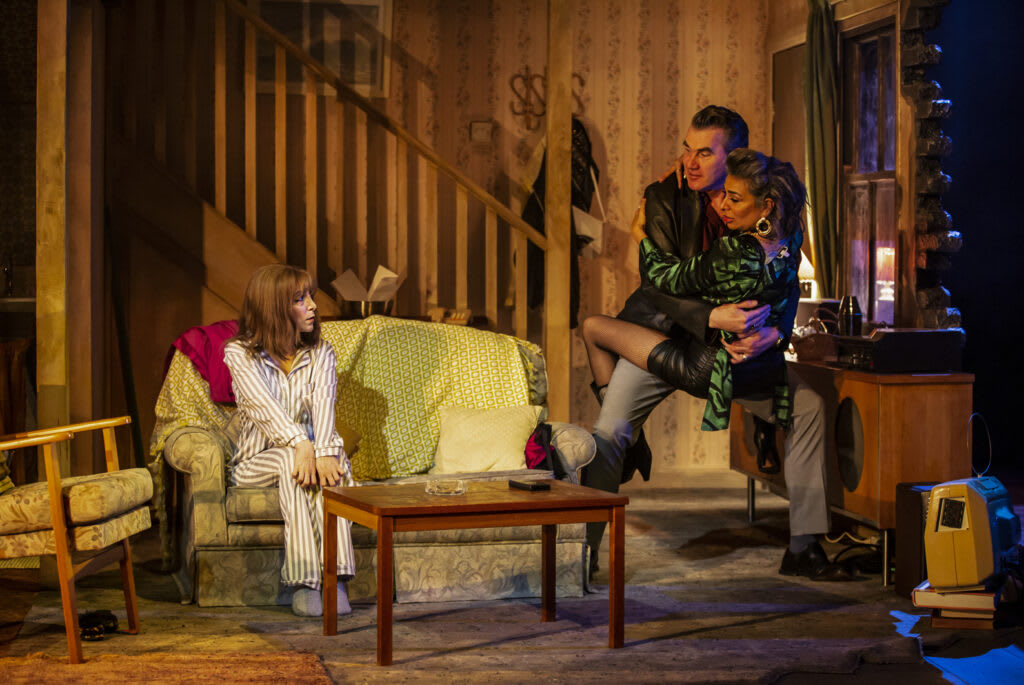 She gives Little Voice innocence, charm and unconditional love for her mother even though it is not reciprocated.

In the past Vicky Entwistle, Beverley Callard, Lesley Sharp and Denise Welch have taken the role of the outrageous mother Mari. It is doubtful whether any of them played it as convincingly as Shobna Gulati.

From the moment she appears as a drunk in clothes too young for a woman of her age, flirting with men who are installing her telephone, she commands the stage.

The character is not likeable, as Gulati shows whenever she berates her daughter for retreating into her own space. She is self-centred, tarty and short-tempered. Yet you feel for her when she reveals that her neighbour Sadie is her only loyal friend – and this comes moments after she has thrown Sadie out of her house in a drunken rage. The scene is full of pathos. As entertainment agent and wannabe starmaker Ray Say, Ian Kelsey is manipulative, persistent and not in the least sleazy. This makes a scene in which he discloses his true feelings for Mari more unexpected and shocking.

William Ilkley is convincing as nightclub owner Mr Boo, presenting him as an enthusiastic yet ineffectual compère. And Akshay Gulati, Shobna’s son, gives a sensitivity to Billy, the phone engineer who has a lot in common with Little Voice.

If you have seen The Rise and Fall of Little Voice before, you need to see this version to make a comparison. If you have never seen the play, this is a terrific introduction to a show which is just as funny, profound and heartfelt as it was when it rose to prominence all those years ago.