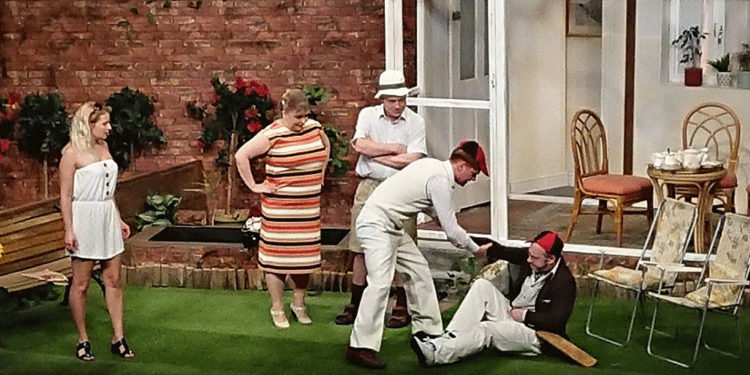 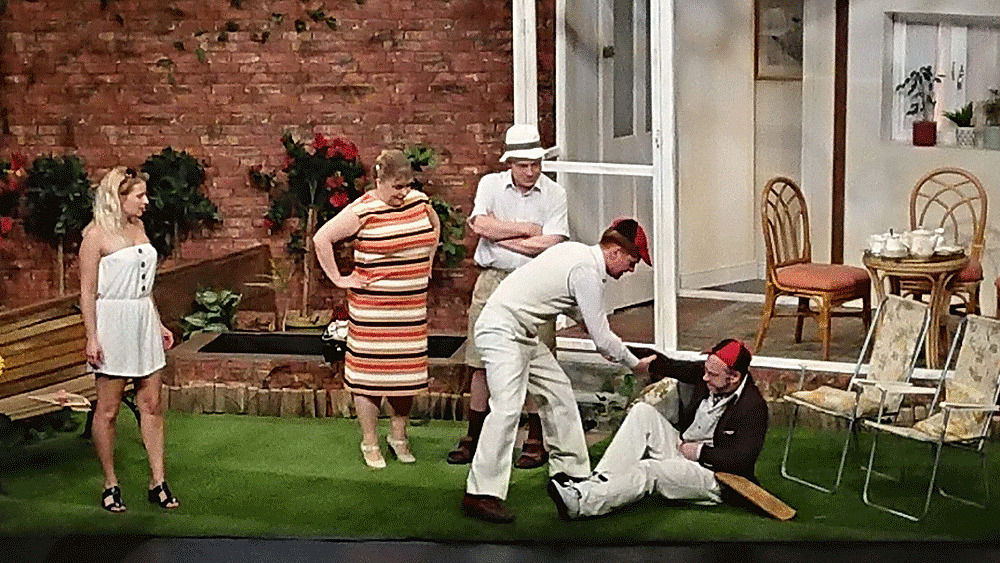 Take an early work by one of Britain’s most prolific playwrights, add a drama company that specialises in “stylish, audience-friendly productions” and stage it in a Grade II-listed Victorian theatre and you have an evening that many people will find entertaining.

Rumpus Theatre Company has joined up with Tabs Productions to present a four-play spring season at Chesterfield’s Pomegranate. The first week brought a reprise of Frederick Knott’s Wait Until Dark which Tabs produced as part of the Classic Thriller Season at the Theatre Royal, Nottingham in summer 2019.

The second play is Alan Ayckbourn’s 11th full-length work Time and Time Again which opened in Scarborough in 1971 and had its West End première the following year.

It features dithering, poetry-reciting former teacher Leonard who is lacking in social skills and often has conversations with a garden gnome. After his mother’s funeral, he refuses to mix with relatives and rolls his sleeves up to repair a lawnmower.

He lives with his sister Anna and her husband Graham. An employee, Peter, works in Graham’s business and is engaged to Joan. But she is attracted to Leonard and they conduct an illicit affair before they have to make major decisions about their future. 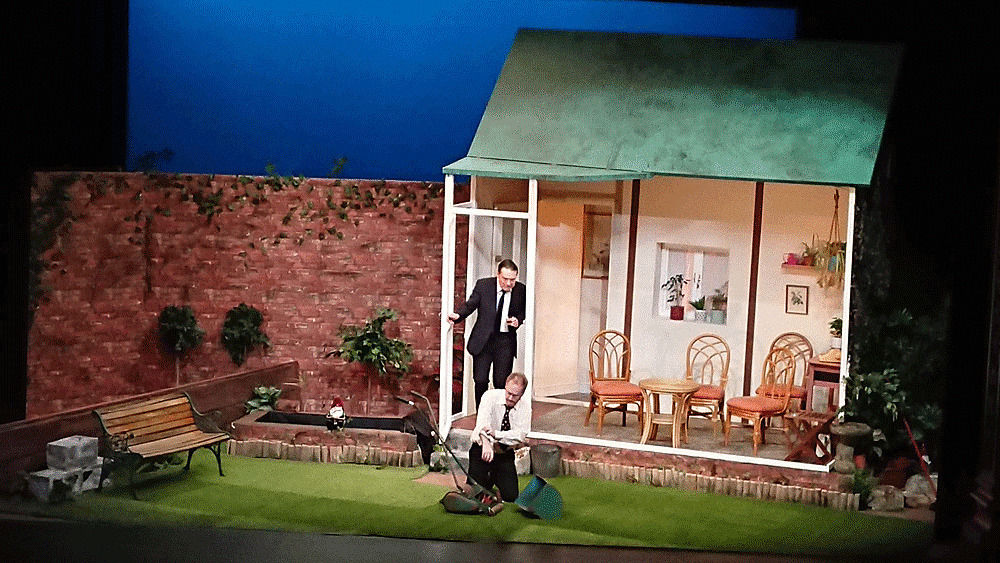 Leonard displays traits which Ayckbourn develops in the character of Norman in his trilogy The Norman Conquests a couple of years later. While Norman is a self-absorbed romantic, Leonard is more complex and ends up irritating everyone because of his indecision.

David Martin is excellent as Leonard, showing him as a likeable, inoffensive individual even though he is weak. There are times when you feel like grabbing him by the shoulders to shake him out of his lethargy.

John Goodrum, who often plays wacky characters in Rumpus and Tabs productions, is totally comfortable as Graham, the bumptious, ex-army know-it-all who lusts after Joan and finds different reasons to touch her.

Chris Sheridan is exuberant as Peter, the jealous, anger-suppressing boyfriend who turns against his boss when he mistakenly thinks Graham is the one having an affair with Joan. 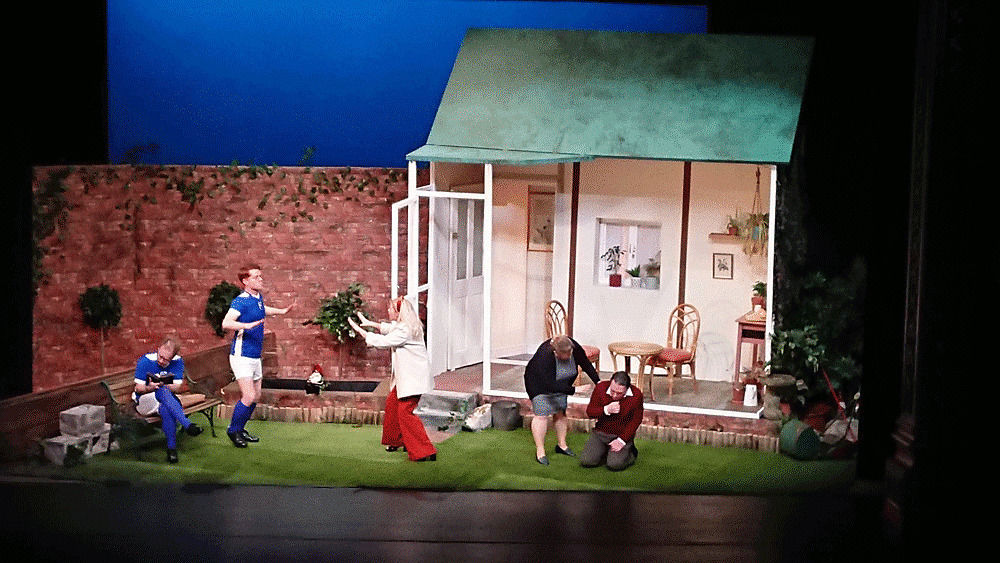 Susan Earnshaw shows a homely practicality to Anna, the wife whose determination to ensure everything is done properly stretches to putting Graham in his place whenever he starts bickering.

A scene, deftly directed by Karen Henson, in which Anna subconsciously bounces up and down in time with Peter who is warming up for a football match, is cleverly amusing.

Anna Mitcham gives a measured, credible performance as Joan who is not entirely happy in her relationship with Peter and is attracted to Lenny, as she calls him. She is swayed by his willingness to have a laugh at Graham’s expense and his penchant for doing daft things like paddling in the garden pond while wearing his socks.

Time and Time Again is gentle without being genteel. It doesn’t have the zing nor hilarity of some of Ayckbourn’s 83 other plays. Yet Rumpus and Tabs bring out much of the amusement in the piece and give it a warm, cosy feel that audiences need on cold, winter evenings.