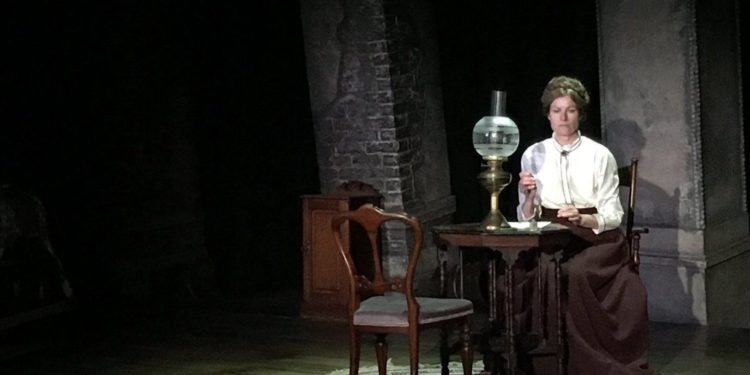 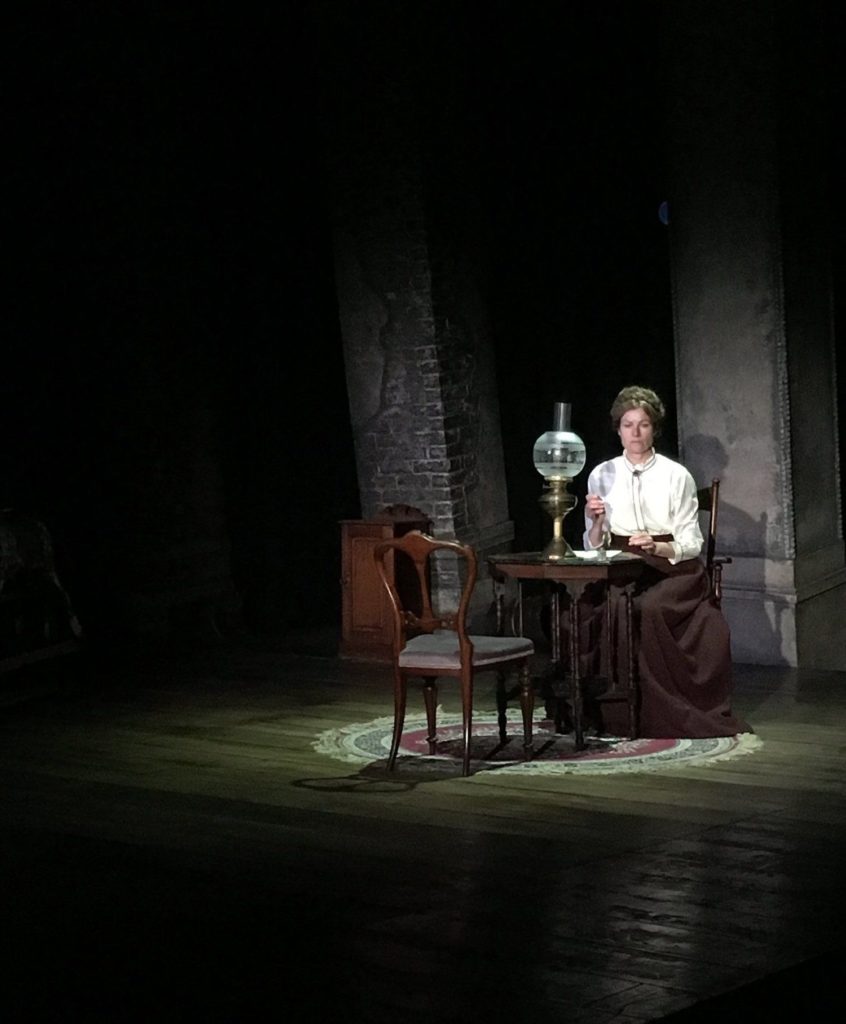 Henry James’s novella Turn of the Screw has been adapted countless times for the stage, television and film. James created the kind of confusion and suspense which can appeal to audiences in different media forms, so it’s no surprise that creative minds want to tackle it. Susan Hill reportedly included elements of James’s work in her masterpiece The Woman in Black.

Tim Luscombe’s adaptation of Turn of the Screw remains for the most part faithful to the original, although that doesn’t necessarily guarantee success. An author can plant a harrowing scene in a reader’s imagination whereas a playwright has to adopt different dramatic devices to achieve a similar effect.

There are occasions in this version of Turn of the Screw when you might jump out of your seat but they’re all caused by sound and lighting effects. The script doesn’t build up as much tension as you might expect.

The story involves a young governess being hired by a man who has become responsible for his nephew and niece, Miles and Flora, after their parents have died. He is not interested in bringing up the children. Everything goes well until the governess sees an unknown man and woman. She is convinced they are the ghosts of two former employees who have possessed the children’s spirits.

Director Daniel Buckroyd doesn’t examine in great detail whether the ghosts are real or just a product of the governess’s imagination. Consequently, the play doesn’t have as much impact as it might.

Four actors tell the story through a series of flashbacks which works well and there is never any ambiguity when cast members move back in time.

Janet Dibley gives an understated performance as the Governess. She portrays the character’s growing anxiety as the ghosts take an increasingly powerful hold on her but there is little to make the audience sympathetic to her plight.

Elliot Burton settles well into the role of Miles, showing both sides of a boy who is innocently cherubic at first but also reveals a much darker side.

Amy Dunn proves adept at quickly transforming herself from the stern Mrs Conray who employs the governess in the present into a lively Flora during the flashbacks.

Maggie McCarthy reprises the role of Mrs Grose whom she played in the Turn of the Screw 2018 tour. She does a solid job of portraying the  faithful housekeeper who believes the children can’t do anything wrong.

Turn of the Screw starts in menacing fashion, a riderless rocking horse seeming to have a mind of its own on Sara Perks’s slanting set. The ending is slightly harrowing too. But despite David W Kidd’s lighting and John Chambers’ sound, there’s not enough in the middle of what is a relatively short play to evoke fear or trepidation.

The cast give their all but the script didn’t do enough to get me on the edge of my seat. On the night I saw Turn of the Screw, it seemed a bit of a flat performance; maybe it was just a one-off that won’t be repeated on the rest of the tour.