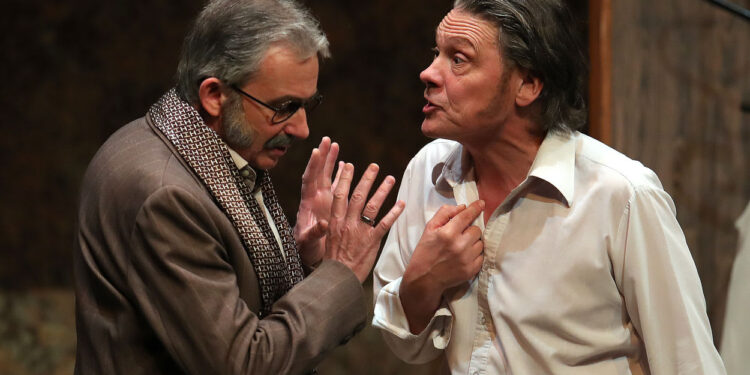 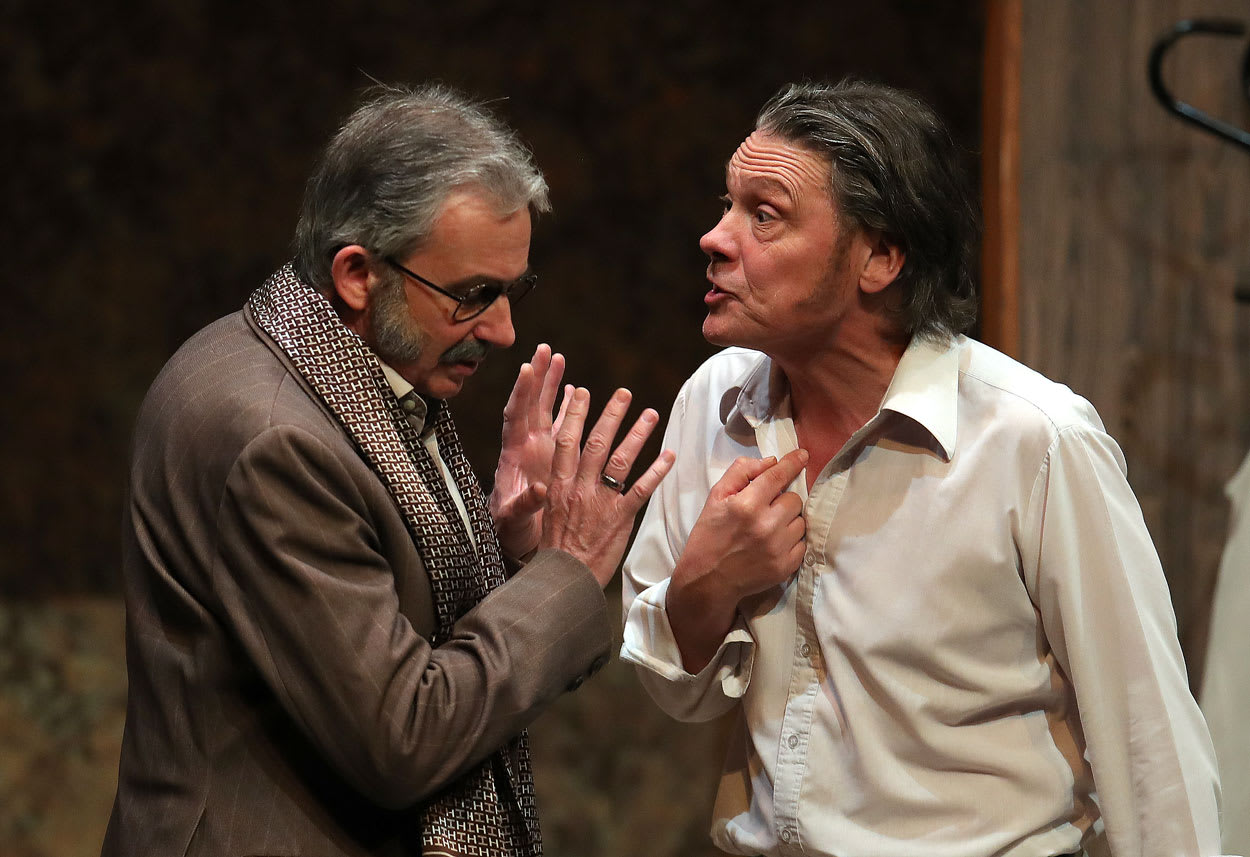 What is the point of theatre critics? A question many in the acting profession must have asked over the years, especially when they’ve suffered a scathing review which they thought was unjustified.

The role of the critic is dissected in Tudor Gates’ psychological thriller Who Killed “Agatha” Christie? which incidentally has nothing to do with the Queen of Crime. It features playwright John Terry preparing to take revenge on Arthur “Agatha” Christie for his acerbic reviews which Terry feels have obstructed his career.

Terry has had some success – his farce Do You Take sugar, Darling? played all over the world and was a big hit in Australia. People liked his work but not critics, especially Christie who gave Terry a poor review for his Fool in Shakespeare’s King Lear while another derogatory review “destroyed my Macbeth”.

So Terry entices Christie to a flat in Earls Court on the pretext that Christie’s boyfriend Brian is having an affair with Terry’s wife Jo. Terry has established an alibi for himself and aims to commit the perfect murders, killing the two unfaithful partners. 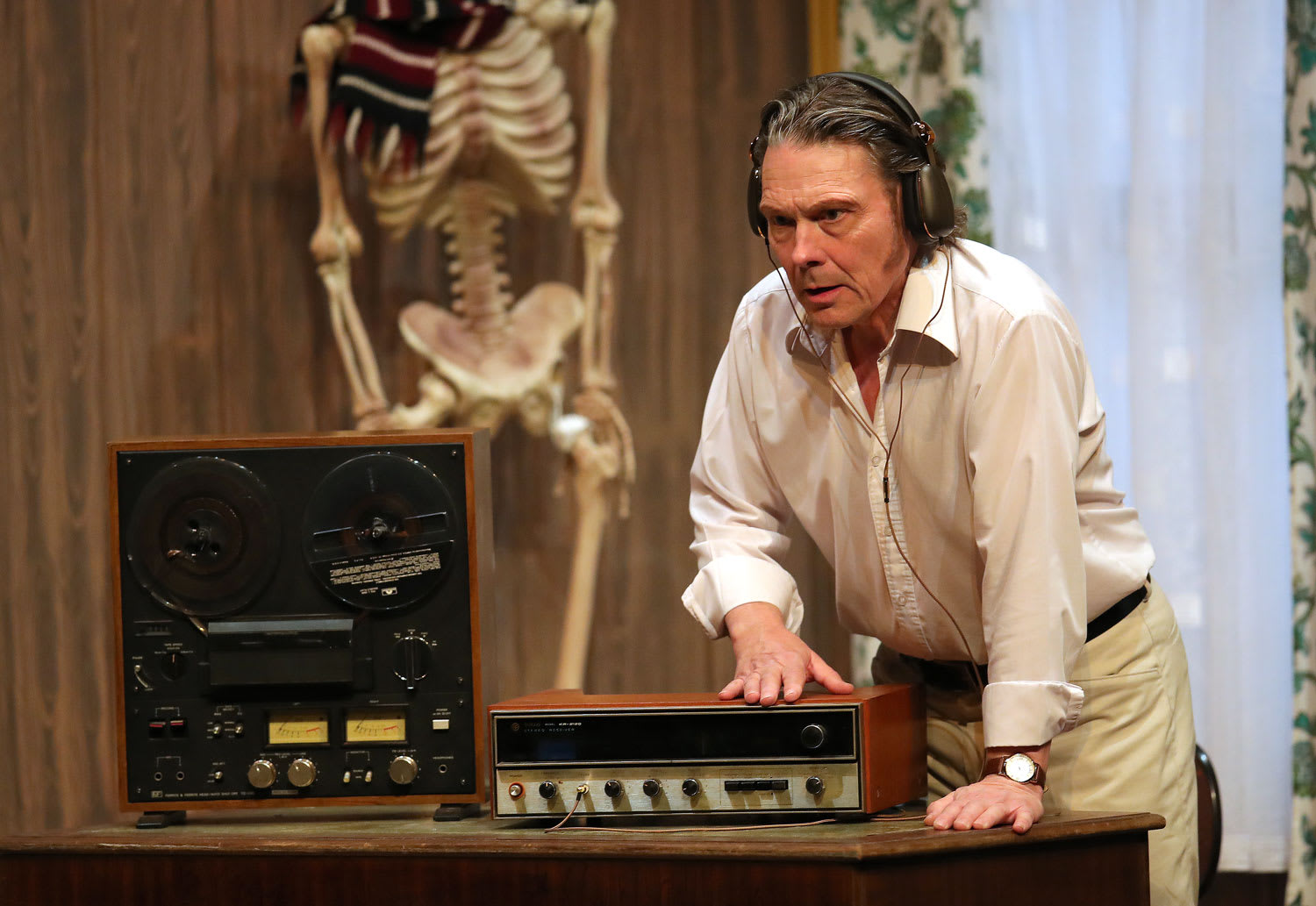 Tudor Gates, known primarily for writing episodes for several television series including The Sweeney and The Avengers, has come up with a clever two-hander set in 1978. It simmers along in the first half before heating up towards the end. It threatens to boil over into disbelief but manages to stay on the correct side of credibility as it rushes towards an unexpected conclusion.

John Goodrum, a stalwart of Tabs Productions, revels in the role of John Terry. Dressed in a white shirt and beige trousers, he pitches the character at a level that garners sympathy from the audience because of his wife’s physical relationship with a younger man.

Goodrum excellently moves towards the edge of madness when he reveals he is prepared to become a merciless killer to do away with the two adulterers. You feel for his predicament even though you may not agree with his plan to end it.

David Gilbrook, another Tabs regular, is an ideal foil as Christie. He arrives at the flat wearing an open-necked shirt with cravat, a raincoat, scarf and a large-brimmed hat. When Terry plays him a recording of their partners’ intimate relationship the stuck-up, arrogant, elitist Christie turns into an upset, jealous, humiliated mess.

While some of Christie’s reviews might have been excessively scathing, the audience feels for him as he wrote them many years ago and can’t remember just how biting they were. 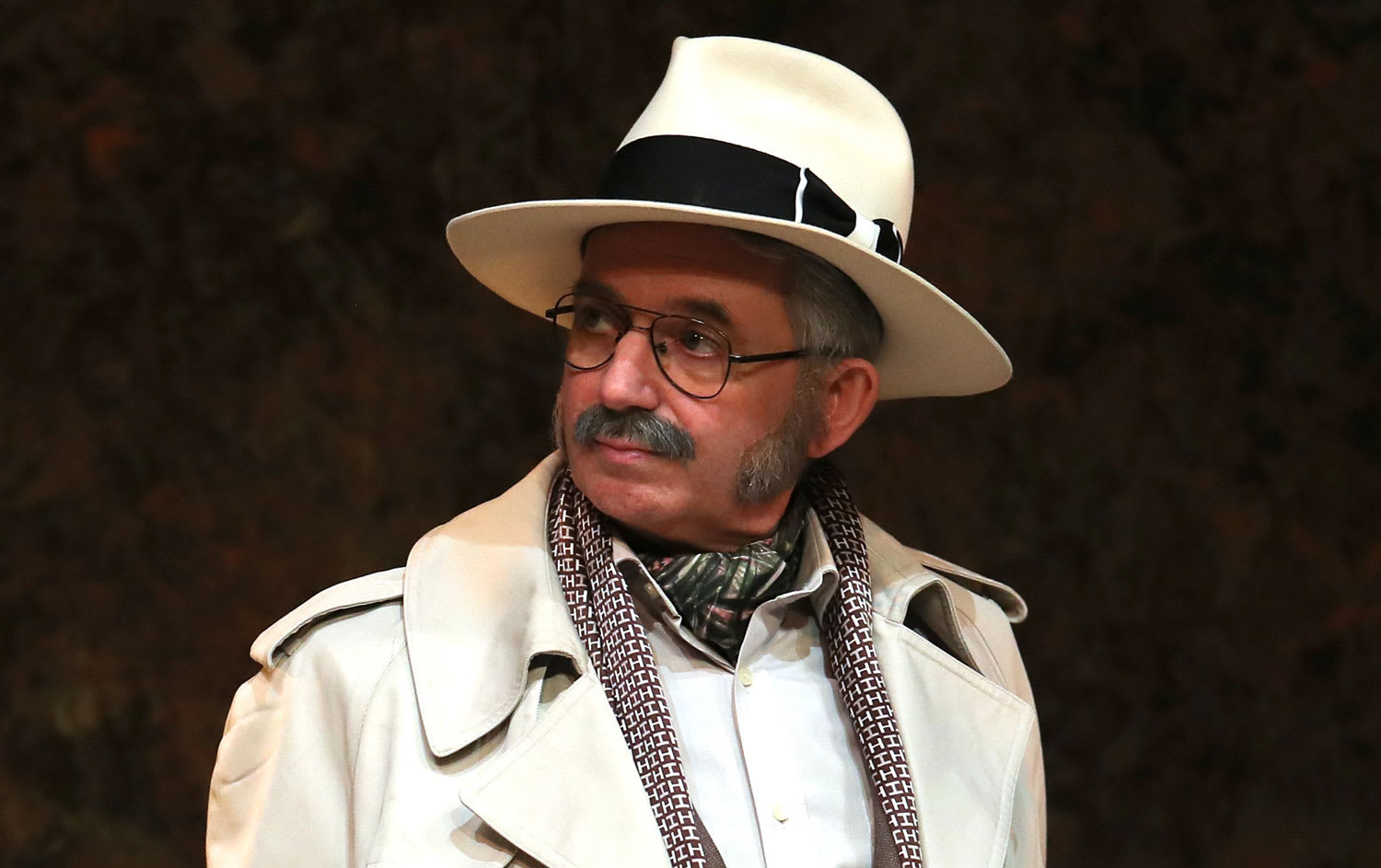 Gilbrook is commendable when Christie fears for his life as Terry’s absurd plot takes shape.

But the evening belongs to Goodrum. He relishes the part of the slightly unhinged Terry, adopting a boyish humour when things go right and having a slight swagger as he believes he has taken all eventualities into account.

Karen Henson directs with a firmness that does not stifle flair and delivers a production that will no doubt prove popular when it tours later this year.

Is it the perfect murder? You’ll have to find out for yourself. But the pairing of Goodrum and Gilbrook is little short of perfect. And afterwards you may think that theatre critics aren’t totally bad after all.